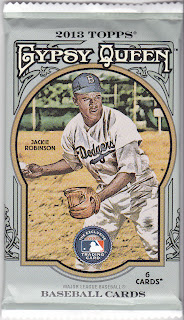 It seems like I'm never "up to date" when it comes to popular culture.

I've never gone to a movie on the opening night.

I've never bought a book the first day it was available.

I do not embrace new technology unless I am forced to.

I have never camped out or waited in line overnight for anything.

As a matter of fact, the only thing I can remember making a conscious effort to acquire on the day it was released involved going to Strawberries Records and Tapes at midnight to get Guns and Roses "Use Your Illusion I and II". On cassette of course.

So it makes perfect sense after everybody else in the world has already posted about 2013 Gypsy Queen, that it is now time for me to do it.

I finally found a place selling single packs, and bought just one among other necessities. I didn't realize this until I got home, but I was only charged 99 cents for it, so it already was a good pack.

So here's some scans of cards I just got, but you probably had weeks ago. 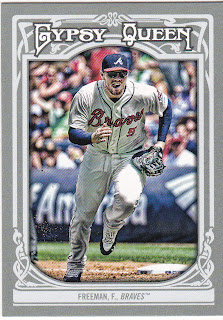 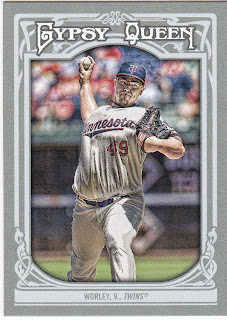 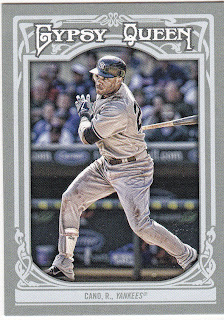 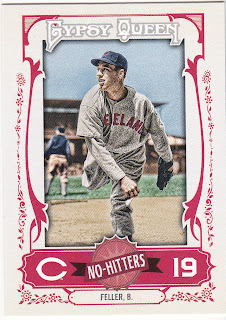 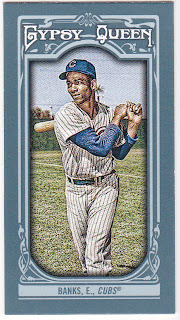 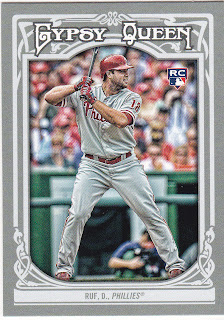 So now that I'm "up to date" in one aspect of my life, I'm going to listen to some record albums.

The Longines Symphonette Society Presents "I Remember Radio..." in fact.