Not Just Any Old Repack...It's A Super Value Pack!

I hadn't bought any cards there for a while, because I wasn't interested in anything they had to offer. There's still been a lot of football left there, but not a lot of baseball. So I've been going to Target and card shows lately.

Today however, there was a lot of new stuff. Not new issues, but a lot of discounted stuff. I did pick up some 2012 Bowman, which I'll write about in a later post, but I also saw this: 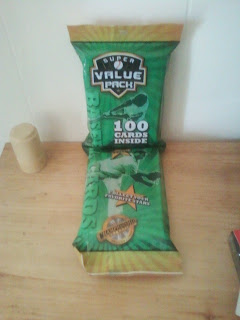 I don't remember ever seeing these kind of repacks before at Wal-Mart. I'm sure they were there at some point, but I just glossed over them. I know I have never bought one of these "Super Value Packs" before. It also says "Fantastic Value", "Collect Your Favorite Stars", and " Championship Collection" on the wrapper as well. The company that puts this out is MJ Holding Company, LLC.

Let's see how much of a "Championship Collection" this is. We'll start with the first 50 cards from the top of the pack. 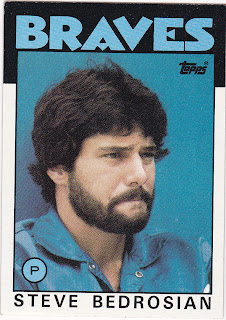 First card in the pack....1986 Topps Steve Bedrosian. One of the few sets I have actually completed.

One of the differences from this kind of repack than others is that the cards from the same set are grouped together. After the Steve Bedrosian, there were 9 more '86 Topps cards after it. 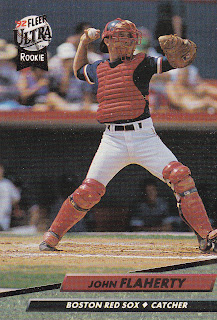 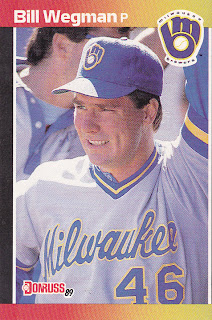 Well this was completely....expected. 1989 Donruss. Believe it or not, I have not completed this set and just finished putting together my want list today. Let's see if any are here.... 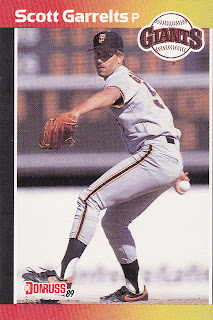 I did need this one. The other 8 I didn't need. 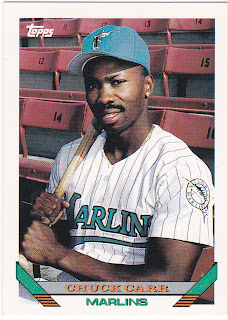 Also included were 10 1993 Topps Series 2, all Marlins and Rockies. I didn't need any of them. 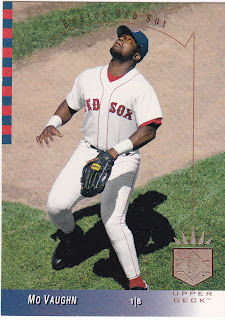