I managed to buy quite a bit at the card show I attended last February. I also spent more at this card show than I had in a long time. The next table I went to had a bunch of sets for $1 each. 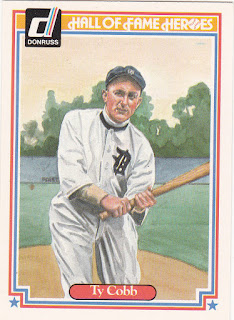 The 1983 Donruss Hall of Fame Heroes set. This was a forty-four card set with color illustrations of players such as Ty Cobb, Josh Gibson, Mickey Mantle and a player with one of the coolest nicknames, James "Cool Papa" Bell. 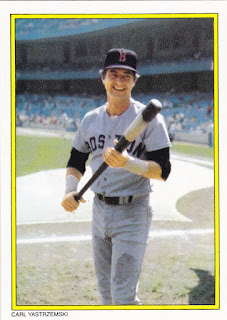 Also purchased at the same time was the forty card 1983 Topps All-Star Set. Yaz was the only Red Sox player in the set. 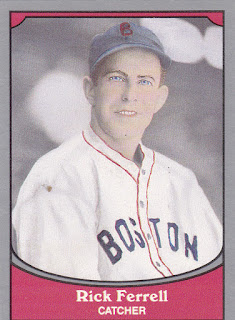 Even though I've gotten a good chunk of the one hundred and ten card 1990 Pacific Baseball Legends set via repacks and trades with other bloggers, it felt good to just get the whole set at once. If you read the card backs like myself, there's always a lot of good information there. 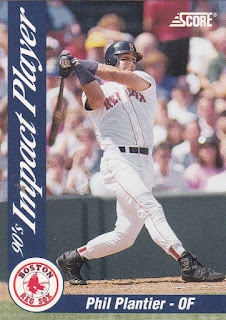 The last set I picked up at this table was the 1992 forty-five card Score 90's Impact Player Set. While there were some impact players like Ken Griffey Jr. and Jeff Bagwell, there was also Gary Cooper, Andy Mota and Rich DeLucia. 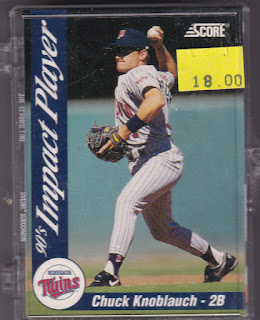 I just hope nobody ever paid $18 for this.

More Of The Monkees 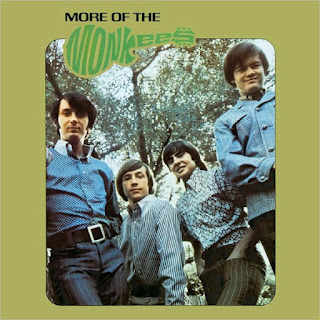 During one of my previous posts I had mentioned that I was a big fan of the Monkees. At one of the recent card shows I had been to, I was fortunate enough to find cards from the 1966 and 1967 Donruss Monkees set. 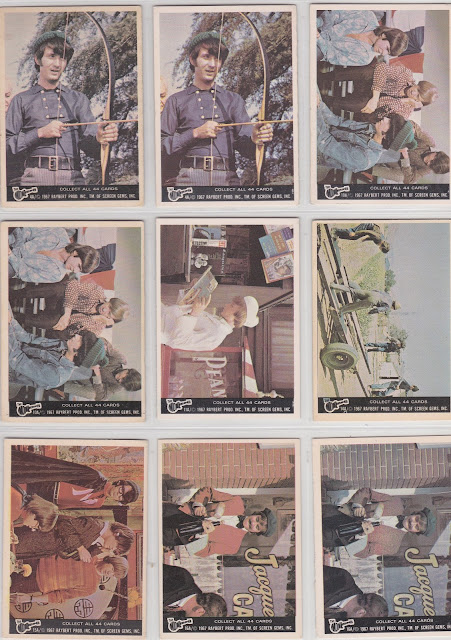 The next month I found a lot more. (Yes, I'm still showing off what I bought at the February card show.) 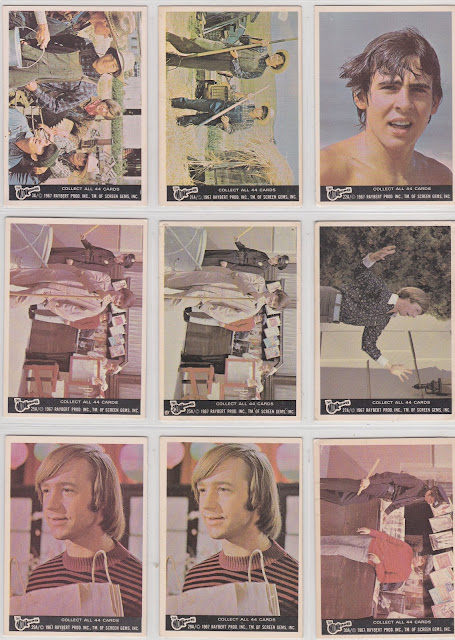 I bought these from the same dealer as last time. This time he only had cards from the 1967 set. There were thirty-three cards total and as you can see there are dupes. I grabbed them without looking because I assumed it was a partial set. Rookie mistake, I know. 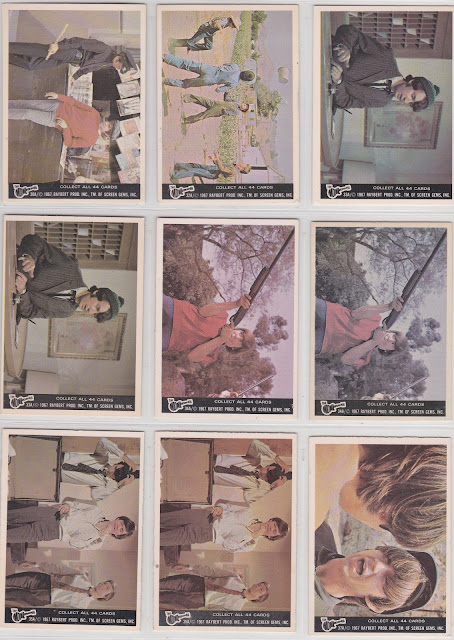 So if anyone is interested in the duplicates I got, let me know and we can work out some sort of trade. 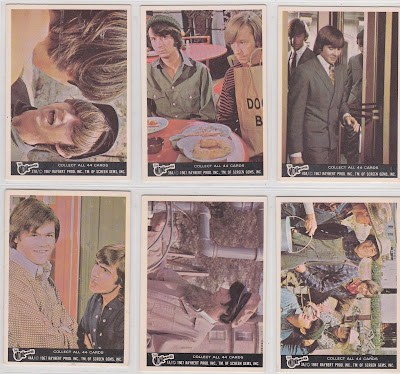 And to get you in the mood...here's my favorite tune off the album.

And It's Been Another Month Since I Last Posted

If you've been following my last couple of posts, I've been showing off the cards I bought at a card show I attended in February. All of these cards I bought from the first table that I stopped at, and they were all a dime apiece. 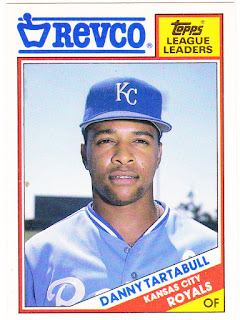 I haven't been buying oddballs as much as I used to. This card is from the thirty-three card 1988 Revco League Leaders set. I had never heard of Revco, but from their logo I correctly guessed it was a drug store. They were bought out by CVS in 1997. 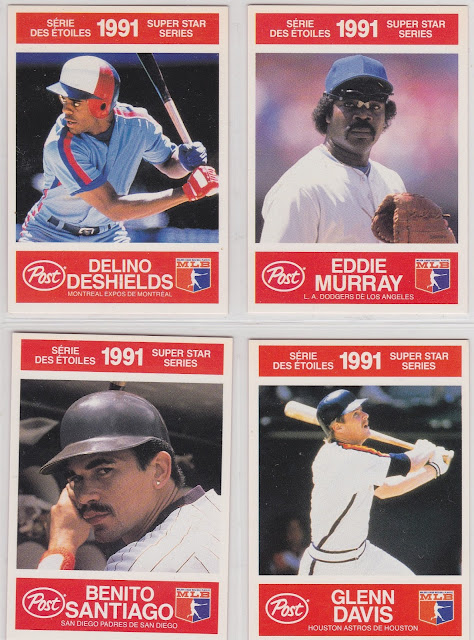 These four cards are pretty cool. They are from the 1991 thirty card Post Cereal set, but the Canadian version. 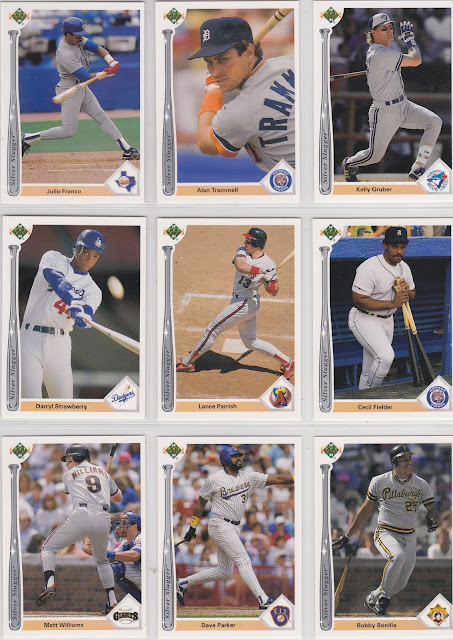 Although I'm pretty sure I have a few of these cards already, I'm a fan of anything 1991 Upper Deck. I do still need to get the Final Edition set though. 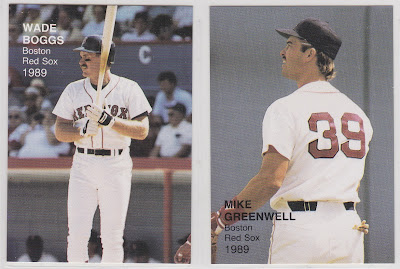 As I've gotten older, I'm become a fan of the unlicensed Broder sets. This Wade Boggs and Mike Greenwell are from the twenty-one card 1989 Baseball's Best One. These were the only Red Sox players featured, although there is another Mike Greenwell card, 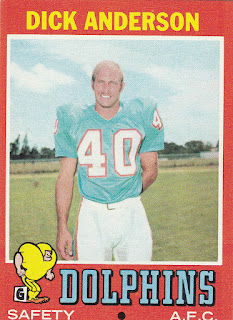 Here's a random football card. It was old so it became mine. 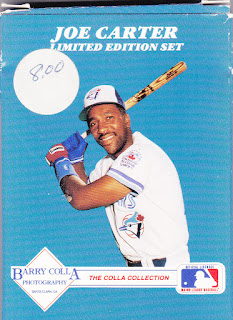 The last item I'll show in this post is not a card, but actually a set. This was released in 1991 by Barry Colla Photography with a "limited edition" production of only 7,500 sets. (This was set 5,573...and was apparently selling for $8.00 back in the day.) 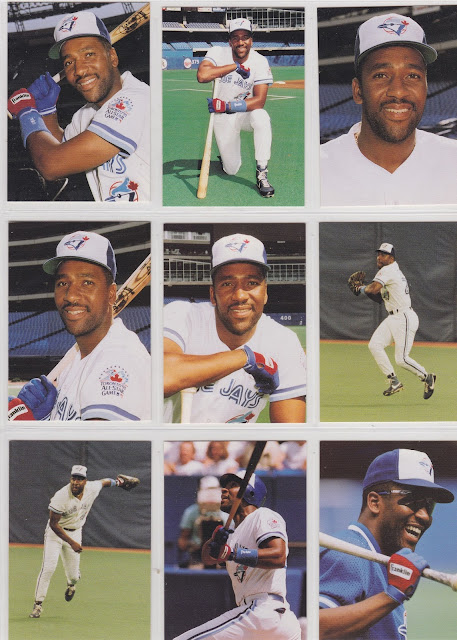 Sorry I took so long between posts...I'm still trying to figure out this time management thing.