A to Z Music Challenge

As you can see, I am really late to this. I've enjoyed reading other bloggers posts as music has been more of a part of my life than collecting baseball cards has. I've taken breaks from collecting cards, I've never taken a break from music.

Even though I'll listen to anything, as far as my favorites go they are pretty mainstream. To put this in perspective, I am in my 50's and my "coming of age" music-wise was in the early to mid 80's, so it's heavy from that era.

So let's kick it! 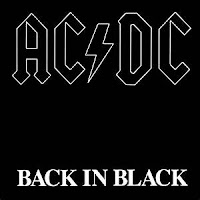 There are plenty of options when it comes to the letter A. Aerosmith, Alice In Chains, Anthrax, but AC/DC is where it begins for me. One of the first albums I bought was "Back In Black" way back in 1980. I was in 6th grade then, and a classmate had brought it in and was allowed to play it for the class on a small record player. It wasn't long before I owned a copy of it myself. 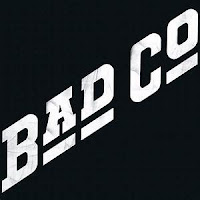 I'm a fan of both versions...the Paul Rodgers version that gave us "Can't Get Enough", "Ready for Love" and "Shooting Star" and the Brian Howe version that spawned "One Night", "No Smoke Without A Fire" and "Holy Water". 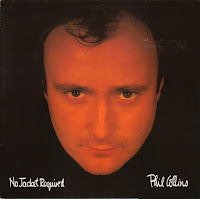 During the mid-80's if it had Phil Collins on it I wanted it...and there was a lot. It wasn't like it is now back then...if I wanted it I had to buy it. Translation - I spent a lot of money on records and tapes then. I also would tape a lot of stuff off of the radio. "No Jacket Required" is my favorite album of his with "Face Value" a close second. 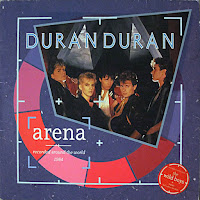 Not a typo...this is a guilty pleasure. I have always enjoyed their music. I was introduced to them like most people by way of MTV because they played the hell out of "Rio" and "Hungry Like The Wolf". I much prefer their stuff from the early to mid-80's (although I do really like "Ordinary World"). 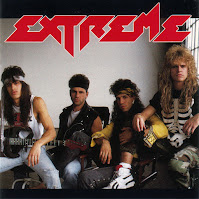 I really couldn't think of anybody else. I also like the Escape Club and Earth Wind and Fire...I'll even give a shout out to En Vogue...but I wouldn't call any of these my favorites. My guess is that most people associate Extreme with "More Than Words" and maybe "Hole Hearted". Try "Kid Ego" or "Get The Funk Out". 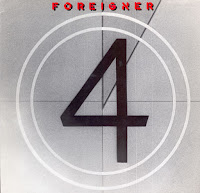 I wore the grooves out of "Foreigner 4"...and pretty much every other one of their LPs. If it's Foreigner related, there is a good chance I have it. I even bought Mick Jones 1989 solo album (on cassette!). 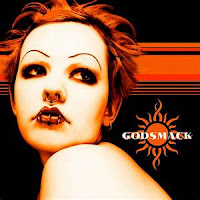 Very, very popular in my neck of the woods. From the late 90's to mid 2000's this was by far my favorite band. "Whatever", "Realign" and "Greed" are favorites. 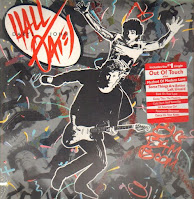 One of my favorite singers...I still am constantly playing their music. "Big Bam Boom" is my favorite album and "Some Things Are Better Left Unsaid" is my favorite song...in addition to over a hundred close seconds. Additionally, if you've never seen "Live at Daryl's House" I strongly recommend it. 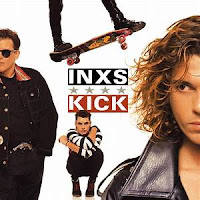 Another "it could have been anybody" letter. It could have just as easily been Billy Idol, Iron Maiden or Incubus. 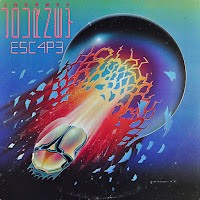 Another letter that I can't think of much...Joan Jett, Howard Jones? Journey wins because I like a lot of their songs (I even had the Journey Escape Atari 2600 game!) and the kid that shared a locker with me in 10th grade plays guitar in The Great Escape, a Journey cover band. 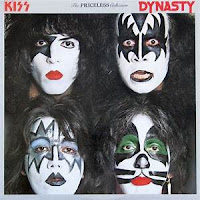 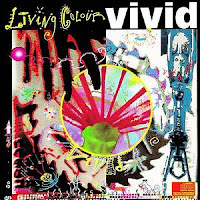 There are a lot of bands that begin with the letter "L" that I enjoy immensely (Led Zeppelin, Live, Loverboy...even Limp Bizkit), but I'd have to go with Living Colour as the favorite. They were grouped in with the heavy metal bands of the 80's, so they were guaranteed to show up weekly on MTV's "Headbanger's Ball"...which was required viewing on Saturday evenings. 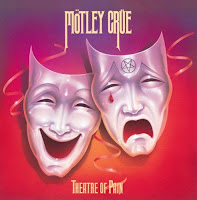 One of my two favorite bands in high school...also the band I've seen live the most. "Theater of Pain" is my favorite album from them...and also apparently the one album they hate the most. 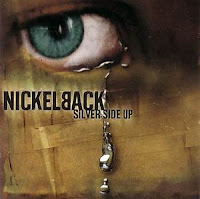 I'm probably going to get flak for this entry (but I also am a big fan of Creed so there's another choice that I can be made fun of for). "Breathe" was the first single I ever heard from them. Some of their songs do sound similar to each other (a trait that AC/DC built a career on), which can translate into if you hate one song, you hate them all. 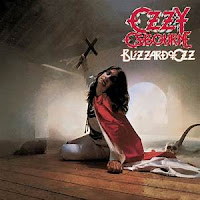 There's not a lot of options when it comes to the letter "O", but he is by far the most logical choice for me. "Blizzard of Ozz" was the first album of his I ever got. It came with my initial purchase from the "Columbia House Record and Tape Club"...you know, the 8 albums for a penny ads you saw in magazines. This was back in the early 80's and I also ordered "Ghost in the Machine" by the Police, "Foreigner 4", "Dirty Deeds Done Dirt Cheap" by AC/DC and "The One That You Love" by Air Supply and a few others. Even at that young age, my musical tastes were all over the place. 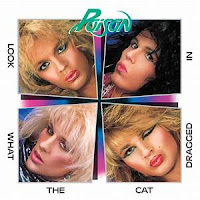 Another choice that will bring ridicule. I remember being shown the cover of "Look What The Cat Dragged In" at school and at that point in my life was in full 80's hair metal mode. The few people that I hung out with at that time were all "metalheads". I saw Poison live twice, once as the headliner and once as the opening act for Ratt (that concert ended up as part of the "I Won't Forget You" video). "Nothing But A Good Time" and "Every Rose Has It's Thorn" are still played all the time on the radio here. 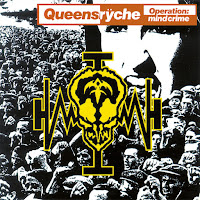 This was a tossup as it could have been Queen just as easily. Queensryche was under the radar for me for awhile. The only song I was aware of before "Operation Mindcrime" was "Gonna Get Close To You" only because I had seen the video. Favorite songs from them are "I Don't Believe In Love", "Empire" and "Jet City Woman". 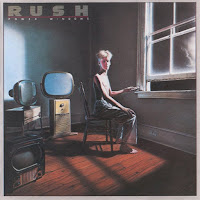 They wouldn't have been my choice if this was the mid 80's. I definitely grew into this band. I first heard Geddy Lee not because of Rush, but because of Bob and Doug McKenzie's "Take Off" which I loved. Eventually I picked up "Power Windows" because I liked "The Big Money" and then was introduced to the "Moving Pictures" album. I had a friend who was a drummer that lived, breathed and slept Rush...so if I needed anything Rush-related, I went to him. 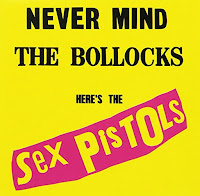 There were a lot of possibilities for this letter...(Skid Row, Stone Temple Pilots, Spinal Tap to name a few) but ultimately I settled with the Sex Pistols. I picked up "Never Mind The Bollocks..." because Rolling Stone had an issue back in the 80's counting down the Top 100 Albums of the last 20 years. It came in at number two (Sgt. Pepper's was number one). Once I heard that album I bought anything Sex Pistols I could find in the record stores. Most that I found had outtakes, interviews, radio spots...all things that I loved listening to. This was way before YouTube and you couldn't find this stuff anywhere else. "God Save The Queen" is my favorite track from them. 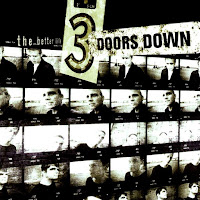 Obviously "Kryptonite" was the first song I heard from them (Who hasn't heard that song a million times?), but I heard "Loser" at a club and I remember asking people if they knew who that was. Since then, there has been a lot of their songs I like; "When I'm Gone", "Away From The Sun", and "Not My Time" to name a few. 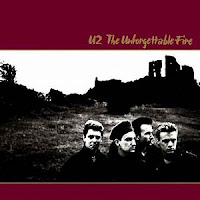 I distinctly remember sitting in history class at the beginning of 9th grade listening to all my classmates introduce themselves. One of the questions we were asked to answer was "What is your favorite band?", and a lot (especially the cute females) said U2. At this point it was confirmed that I had no chance at dating because I was:

1.) Unattractive (or so I had been told)

2.) Skinny as all hell (anemic may have been an appropriate word)

I though they were a joke. I remember suffering through "New Years Day" on MTV because they played it endlessly. I couldn't believe they were so popular (at least in my history class). So what changed my mind? "Pride (In The Name Of Love)". Probably one of the best songs I had heard in my life up until that point. Since then I've had a lot of favorites; "Bad", "Bullet The Blue Sky", "Angel of Harlem", "Beautiful Day"...and I even like "New Year's Day" now. 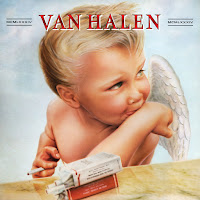 My favorite band of all time. I was introduced to them by my uncle, who bought me "Diver Down" for my birthday. Then came "1984", which I played constantly. Eventually I ended up getting all of their previous albums and would play them all back to back. Since at that point their albums were all barely over a half hour, it didn't take long to do.

So I guess you may be wondering...Dave or Sammy? Well it depends on what aspect of the band you are talking about. If it's guitar wizardry and showmanship it's without a doubt the David Lee Roth era. If you are talking about songwriting and performance it's the Sammy Hagar version. Sammy is by far a better vocalist that Dave, but Dave is a better frontman.

The verdict? It's a tie. 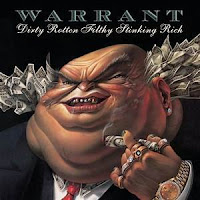 They got maligned quite a bit (and yes, they didn't play the guitar solos on their first couple albums...they did play them live though), but their music was quite catchy. Much like Poison, their music was very basic but a lot of fun to listen to. Highlights for me were "Down Boys", "Sometimes She Cries", "Cherry Pie", "Uncle Tom's Cabin" and "Machine Gun". 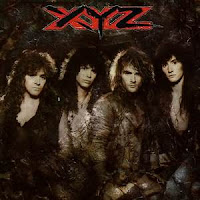 This was the only band I could think of. While I'm aware of and own some X and XTC recordings, they wouldn't be what I would call my favorites. So I'm going to go with this 80's metal band from LA. Check out the tune "Inside Out". 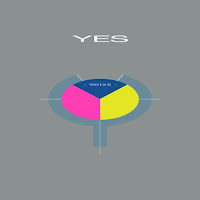 90125 is by far my favorite album. "Leave It" is my favorite song. There were 18 versions of the video made and MTV once had a marathon showing all 18, one after another. I was glued to my TV and watched them all. As I looked up this song on Wikipedia to verify how many versions there were, I read that there was a MTV documentary about the making of "Leave It". I've never seen this. I must find it.

Found it! I'll conclude with the letter Z after I watch it! 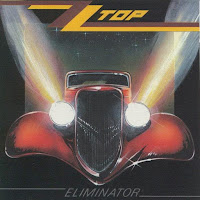 I got into them during the "Eliminator" album (what teenager wouldn't after watching the videos), and didn't discover their earlier music until later on. Favorites include "Gimmie All Your Lovin'" "Cheap Sunglasses", "Legs" and "Rough Boy".

So even though you didn't ask for it...there it is.