One of the most memorable Red Sox players in my lifetime. 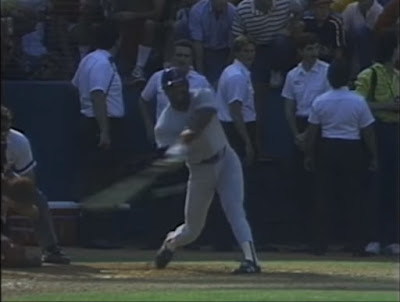 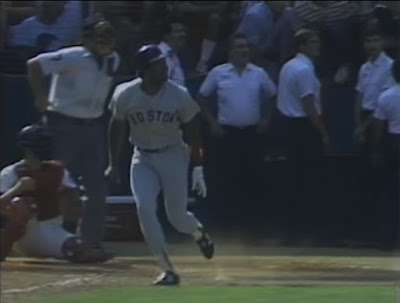 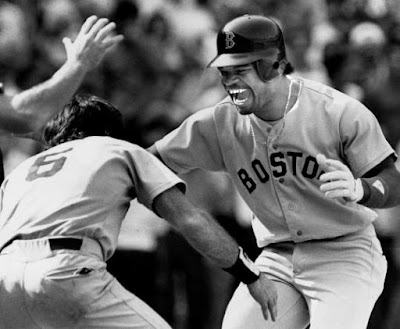 I Buy Stuff Like This So You Don't Have To

It's been quite a while since my last post. Blame it on the new job. I come home exhausted almost every day and don't feel like doing anything else. Then I spend the weekends relaxing at my family's place on the lake (which has no internet...and neither does my phone) so I can make it through the next week. It's only recently that I even started reading blogs again.

However my baseball card habit has not suffered in the least. If you put cards out, I will find them...and usually buy them. 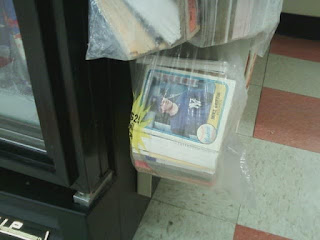 On our way to spend a relaxing weekend at the lake, my wife and I stopped at Demoulas in Lee, NH and I couldn't help but notice hanging in the checkout line were bags of cards! And in a supermarket! I haven't seen cards in a supermarket in decades!

Sure, it's going to be filled with junk wax...and what fantastic packaging! But it was $4.99, which I felt was a little too much to pay...until the next week when they were marked down to $1.99. So I grabbed that package with the ugly Yankee on top. 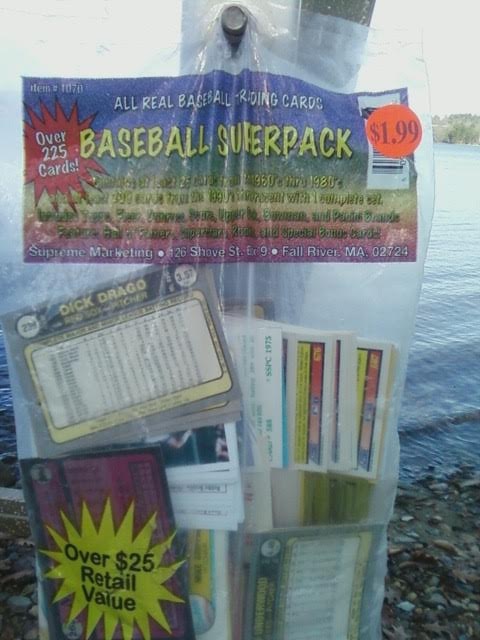 You can't really read what the bag says, but it's the usual bragging about including rookie cards, Hall-Of-Famer cards, bonus cards (although I have no idea what they were), etc. It also promised one complete set. You can probably guess that some of the cards had some dings...but wait, it that a 1975 SSPC card peeking out? 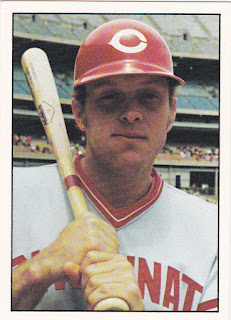 There were actually two cards from the SSPC set. The one you saw the back of was Ed Goodson, but I liked this card of Merv Rettenmund better. 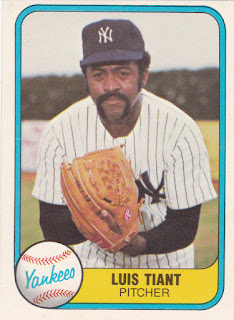 There were twenty-one from the 1981 Fleer Set...all Yankees. It still pains me to see Tiant in pinstripes. 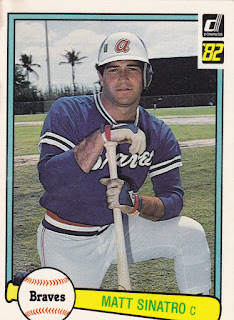 I've been picking up a lot of 1982 Donruss lately. This netted me fifteen more. 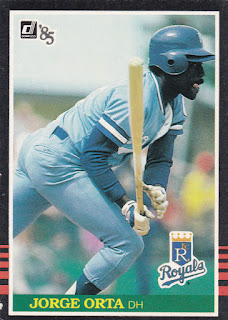 You can see the blemish on the bottom left side of the 1985 Donruss Jorge Orta. There were nine from this set. 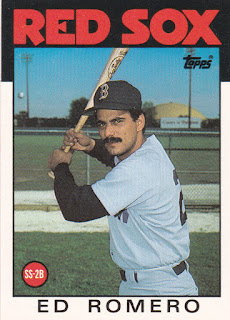 There weren't any from the regular 1986 Topps set, but there were seventeen from the Traded set. 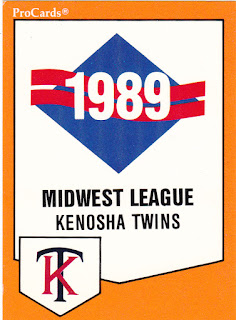 Speaking of sets, this was the promised set. 1989 Kenosha Twins. 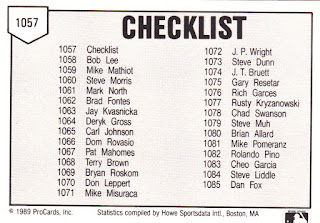 Except for Pat Mahomes and Rich Garcia, I've never heard of any of these players. 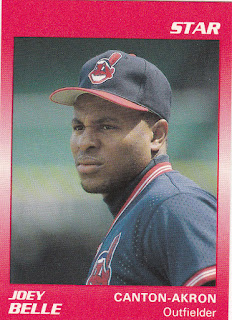 More minor league cards with thirty-two from the 1989 Star set. There were a few recognizable names, but Mr. Belle was the biggest name. 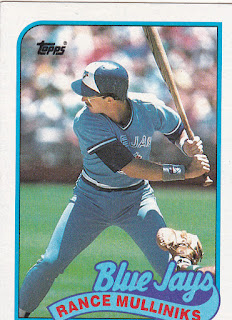 More than a quarter of the cards in this were 1989 Topps. Should I expect anything less? 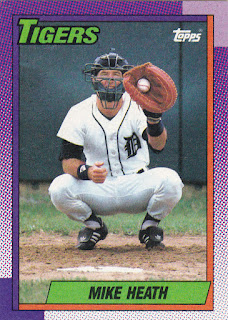 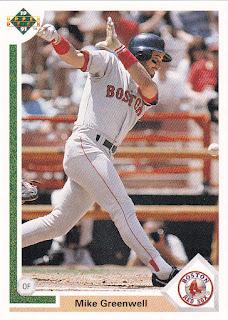 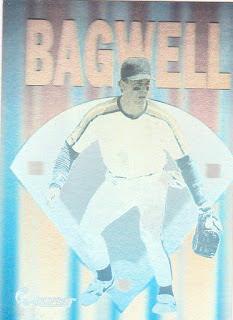 There were a couple of cards from something called MJB Holographics. This is a 1992 Jeff Bagwell. (The other card was Chuck Knoblach.) Both players had four card sets issued. 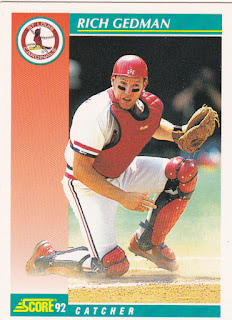 There were fifty-three from 1992 Score, but only twenty-five different players. Maybe all these dupes were the "bonus cards". 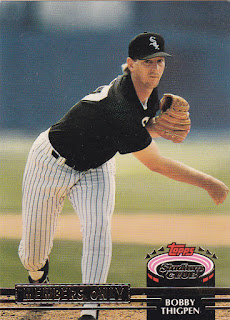 One from the 1992 Stadium Club Members Only set. 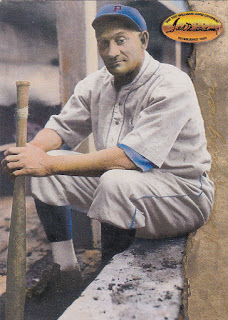 Two from the 1994 Ted Williams Company set, a set I really like. 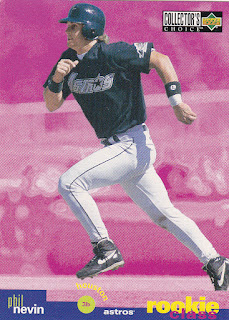 Three from 1995 Collectors Choice, but two of the cards were Phil Nevin. Another bonus card? 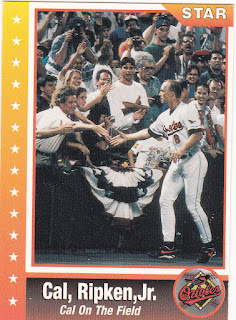 This Cal, Ripken,Jr. card comes from the 1995 eighty card set produced by Star Co. which celebrates his games played record.

(And yes, I typed his name just as it looks on the card. Fire the proofreader!) 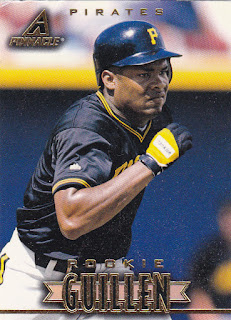 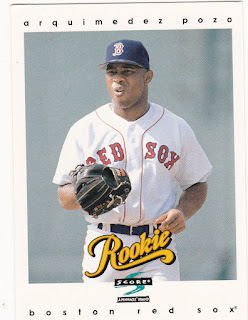 Lastly, there was only one card from the following sets: 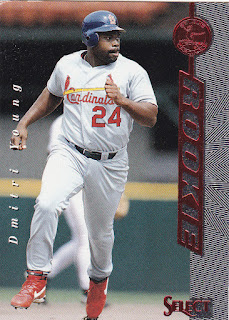 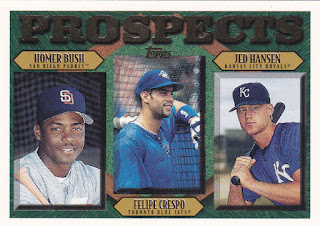 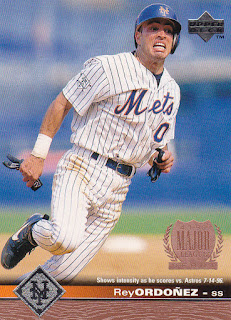 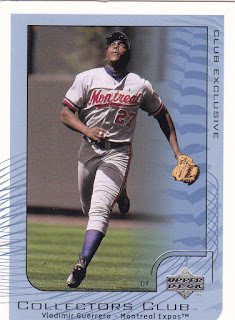 Fun stuff for me, but I'm sure most collectors wouldn't go anywhere near this. But as long as I'm around, you won't have to.