Although my posts have been as infrequent as ever, I'm still as involved in collecting as I've ever been. I've been going to my LCS much more than hitting card shows or stopping at Walmart or Target lately, but this month I was able to attend the local card show.

I've not purchased much the last few times, but this show I easily exceeded my $20 budget. When you walk into the show, the first table you see is that of the show's promoter. He always has some good stuff but it is not in any order whatsoever. Next to not pricing anything, this is my biggest pet peeve at a card show. But they are all dimeboxes, so I'll usually look through a few before moving to the next table. 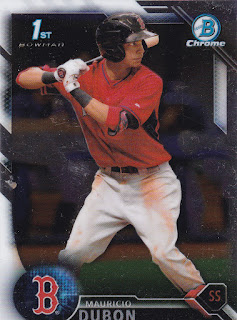 First I picked up this 2016 Bowman Chrome Prospect Maurico Dubon (which I later found out I didn't need).

Then I just picked out a few random cards that interested me. 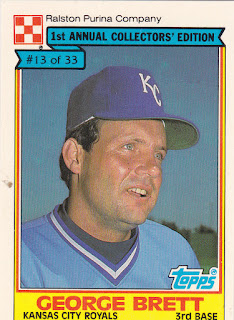 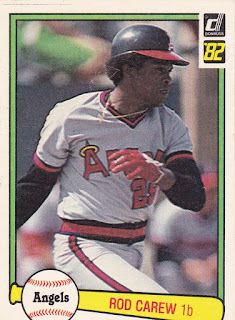 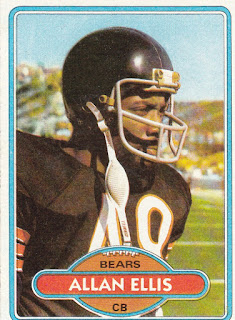 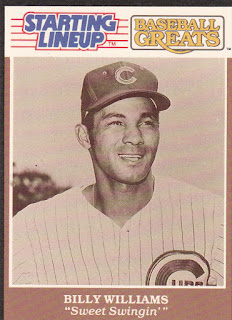 I also found a bunch of cards from a couple of sets I had started quite some time ago: 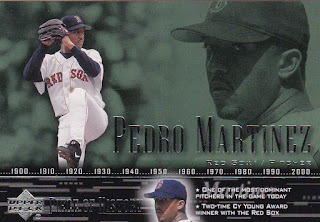 Even though I haven't made a list for the 2002 Upper Deck Piece of History set, I got all eighteen cards I could find. 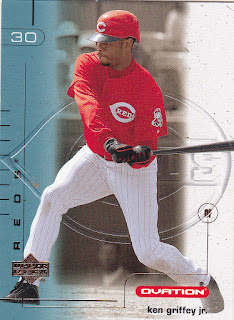 I also got twenty-eight cards from the 2002 Upper Deck Ovation set. I haven't made a list for this set either, so I probably bought some dupes from both sets, 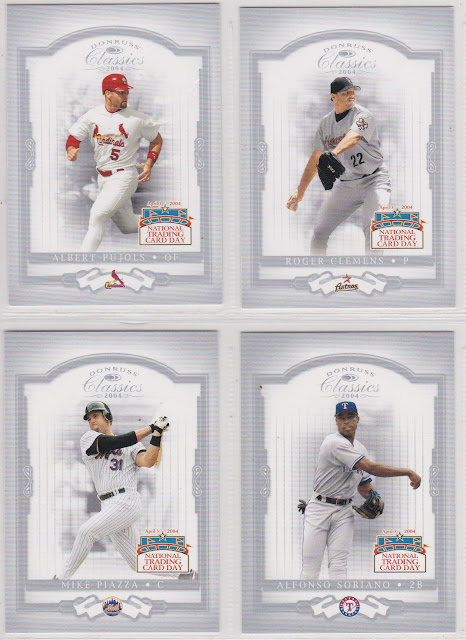 I also saw a lot of cards from the 2004 National Trading Card Day sets that were distributed on April 3rd, 2004. If you visited a card shop on that day, you were received some packs of these cards for free. I did visit a card shop that day but had no idea about this, so I was surprised to get some free cards. I bet I already have most of these, but since I'm still incredibly unorganized I picked up a bunch just in case. 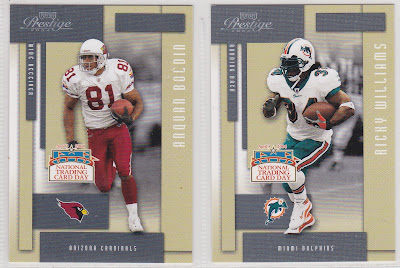 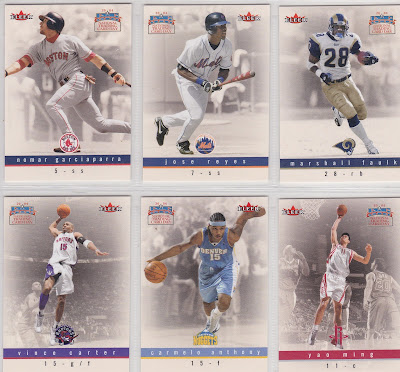 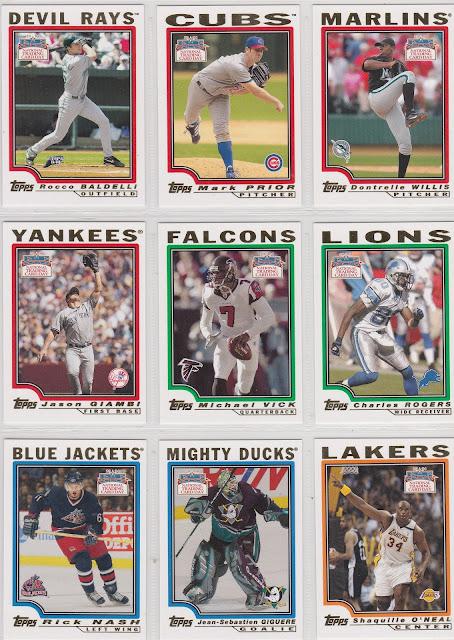 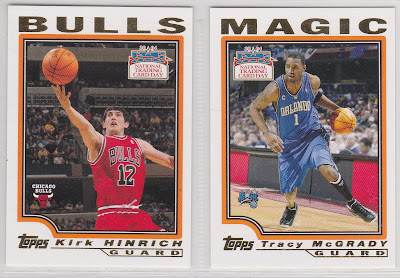 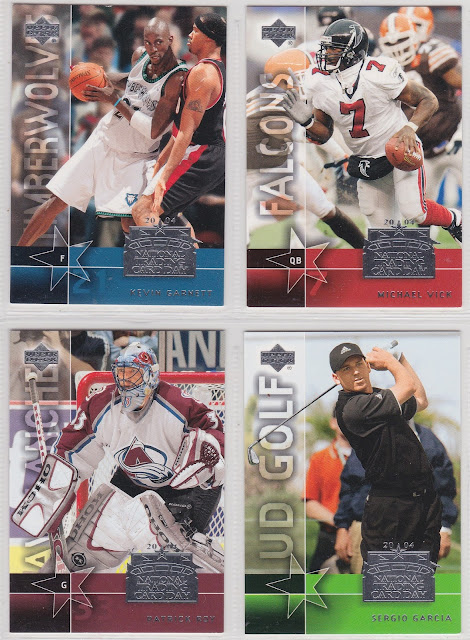 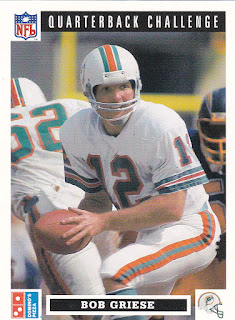 The 1991 Upper Deck Domino's Pizza Quarterback Challenge set I've been putting together card by card since...1991. I found only this card at the show but as you'll later find out, I didn't need to get this card at all. 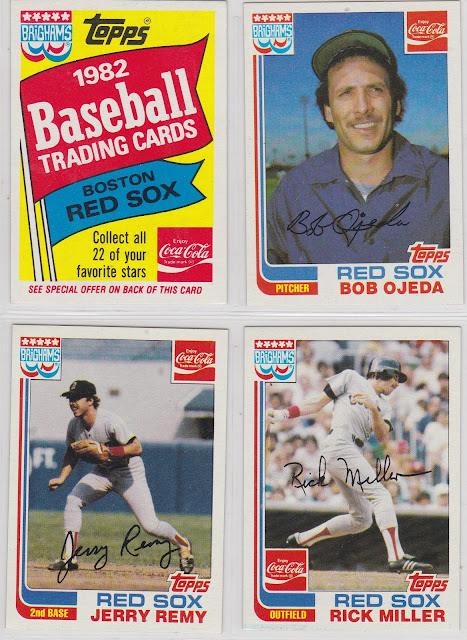 I also found a couple of unopened "packs" so to speak which I also picked up for a dime each. First was a pack of three 1982 Brigham's Coca Cola Red Sox cards. This was the first I had even seen of the set. 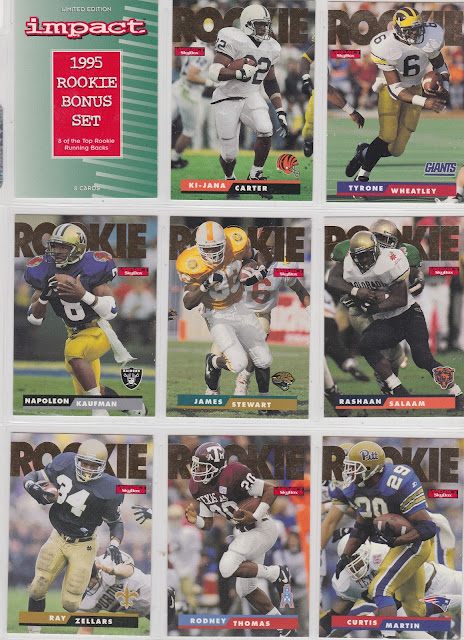 The last thing I picked up off his table was the 1995 Skybox Impact 1995 Football Rookie Bonus Set. I like this set and for a dime...yeah I'll get the "bonus set".

After this I moved onto the next table (which is the dealer that has all of the oddball cards), which I'll tell you about in my next post.

Since my job keeps me on the road a lot, I pass a lot of Dollar Trees along the way. Lately they've had packs of the 2015 Panini Americana set and I've bought a few trying to complete the 73 card set. 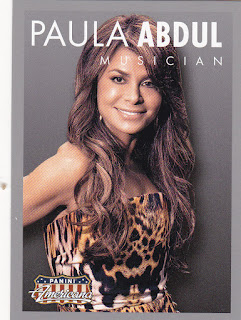 They are really bland looking but since I had a huge crush on Paula Abdul in the 80's, I'm not really noticing it on this card. 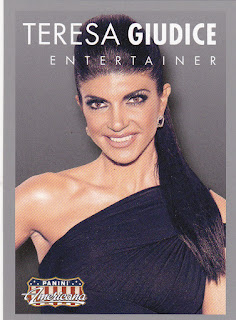 Like most Americana releases, it features a lot of people that I'm not familiar with. Unfortunately, thanks to my wife's love of reality shows, I'm quite familiar with her. 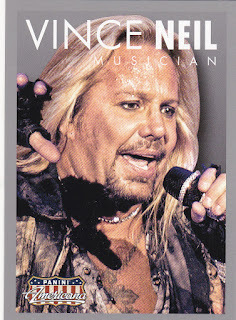 Next to Van Halen, Motley Crue was my favorite band in high school. I find it funny that they consider Vince Neil a musician... 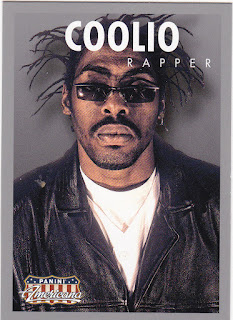 ...but Coolio is a rapper. I knew he wasn't a musician. 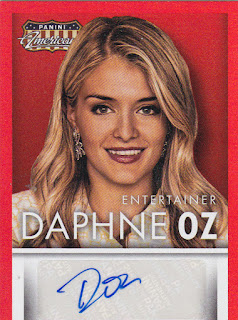 I did manage to score a couple of autos from the random packs I picked up. I correctly assumed that this was the daughter of Dr. Oz. 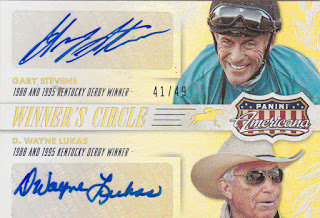 I also correctly assumed I had no idea who either of these two were.

I am however, missing one card. Card number 7 which is Aly Raisman.

Pardon me for a second while I find out who this is.

Turn out she's a gymnast that grew up about an hour's drive from me. Well, that was embarrassing.

So if anybody out there is doing this set and has a dupe of Aly, I'd like to trade for it. I also have a lot of dupes as well.

Hope everyone had a Happy New Year!
Posted by Swing And A Pop-up at 8:55 AM 5 comments: