So When Does Football Season Start?

So the Red Sox season is over and I'm expecting another last place finish (third time in the last four years), but that doesn't mean I can't enjoy some cool cards sent to me from Matt from Bob Walk The Plank. 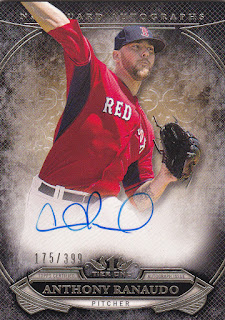 He sent me two cards, the first being an Anthony Ranaudo auto from 2015 Topps Tier One, a product way out of my price range. Ranaudo is no longer with the Red Sox, having been traded in January of this year to the Texas Rangers for Robbie Ross Jr. 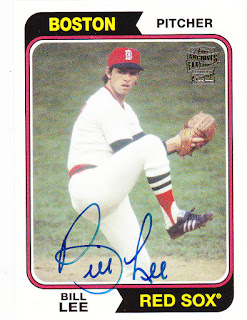 I quickly added these to my Red Sox memorabilia display which will hang on the wall once I fill it up. 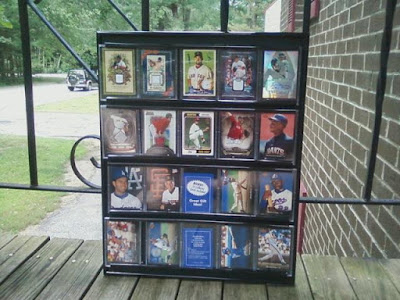 As you can kind of see, I'm almost half done.

Matt, once again thanks for sharing all of these cool cards you get with the blogosphere!
Posted by Swing And A Pop-up at 1:42 PM 1 comment:

I picked up these two cards from a Listia auction for just over five hundred credits. I'm a big fan of this set as well as the baseball and hockey offerings, even though I don't have them displayed properly. I've found that binders are the best way to store cards this size, but I just have them sideways in a regular six hundred count storage box. 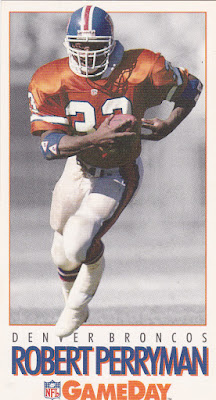 This is a five hundred card set that I haven't really seen at any shows, so when I find some available, I try my best to get them. 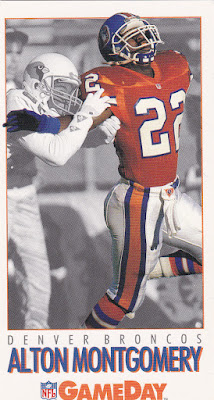 Thanks to a bunch I found in a box of commons I bought a while back, I'm probably about halfway finished with the set.

No Card Shows? No Problem!

I still have oddballs finding their way into my collection. This time they are courtesy of "Johnny's Trading Spot". 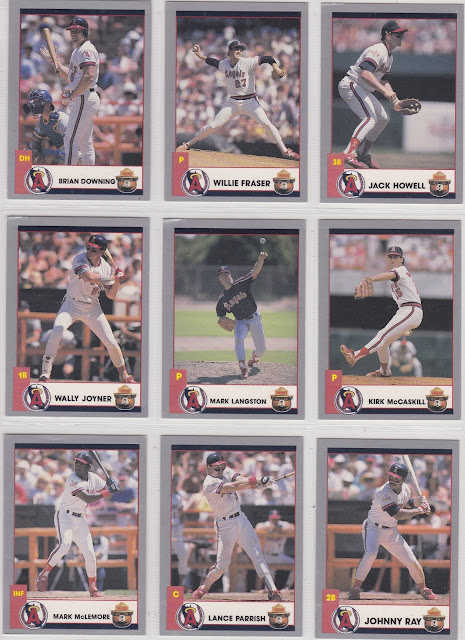 I had no idea that these existed. This is part of the 1990 Smokey Bear California Angels set. 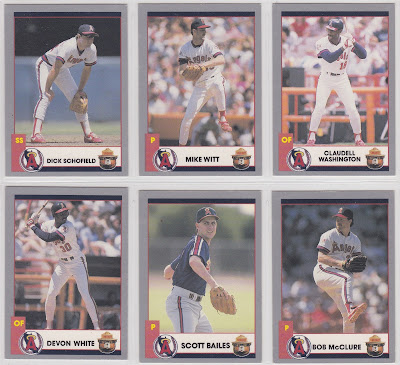 It is a twenty card set and there were fifteen of them. 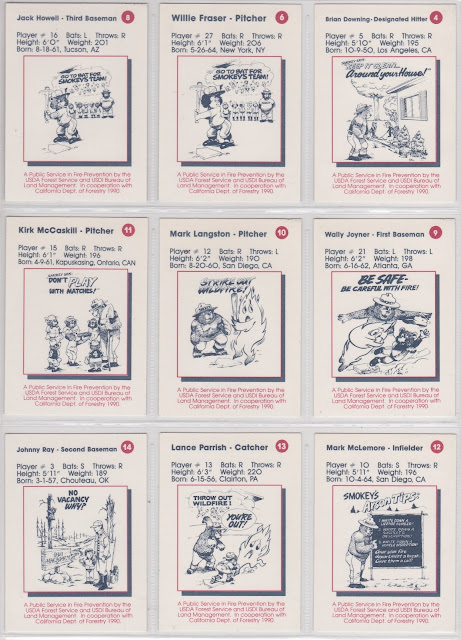 Even though the backs have no stats, I still like them, even though I'm a bit wary about a card that offers "arson tips". 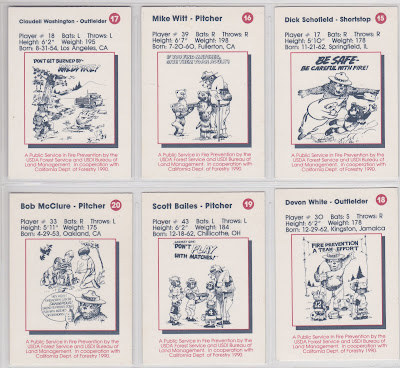 This was the other group of oddballs that he sent my way.

Five discs from the 1994 King B Quality Meat Snacks set. You got one disc when you bought a can of their beef jerky. 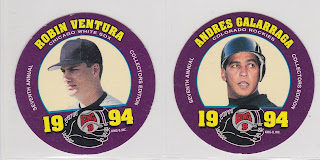 There is twenty-four discs in the set and with these, I now have eight of them (plus a Andy Van Slyke dupe). 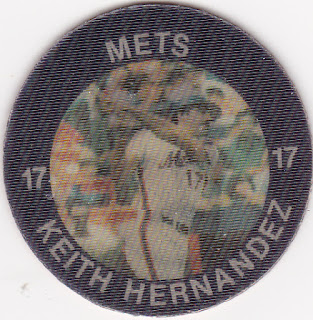 The last piece I got from the trade package was this 1984 7-11 Slurpee Disc of Keith Hernandez (which it turns out I already have).

Thanks for the trade, John! I will keep checking out your blog to see if you've got anything else up for trade that catches my eye.

I took a chance on a Listia auction that offered a stack of cards that weren't in the greatest shape. So for a bit under 900 credits, I received this in the mail. 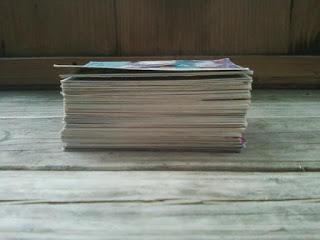 Well, the listor certainly wasn't lying. Some of these were in rough shape. 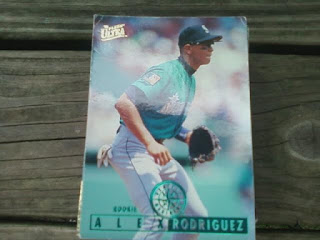 A 1995 Fleer Ultra Alex Rodriguez was on top of the stack. 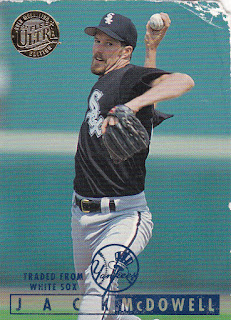 There were quite a few cards from that set, but the majority of them looked like this. About two-thirds of this stack was the aforementioned Fleer Ultra, 1992 Score and 1989 Donruss. 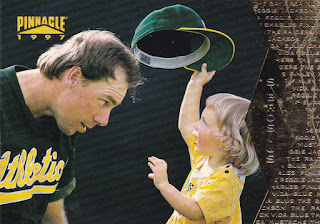 1997 Pinnacle was represented as well. This was the coolest card of the bunch. 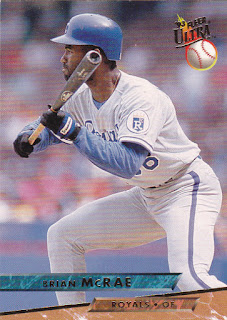 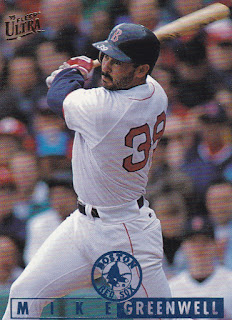 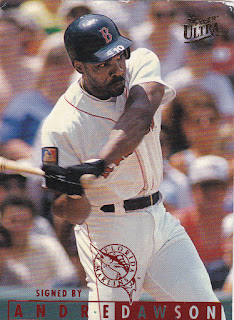 ...and Andre Dawson (even though it's technically a Florida Marlins card). 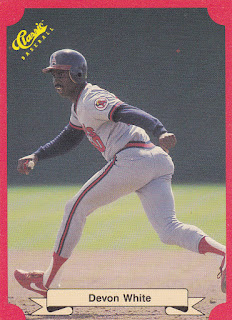 This was the only "oddball" card. I have a few of these 1988 Classic cards, but not this one.

Although I probably don't need many of these cards, they were fun to go through and if my calculations are correct it cost me about 35 cents worth of Listia credits.