Still Going Through Those Dimeboxes

This is more of what I picked up at the card show I attended this past February. I'm still at the first table I stopped at (which also happens to be the host's table). He has dozens of monster boxes filled with cards that are a dime a piece. These boxes are all that I look at while I'm at his table.

These two discs are from the twenty-four disc 1990 King B set. These could be found in specially marked packages of their beef jerky. 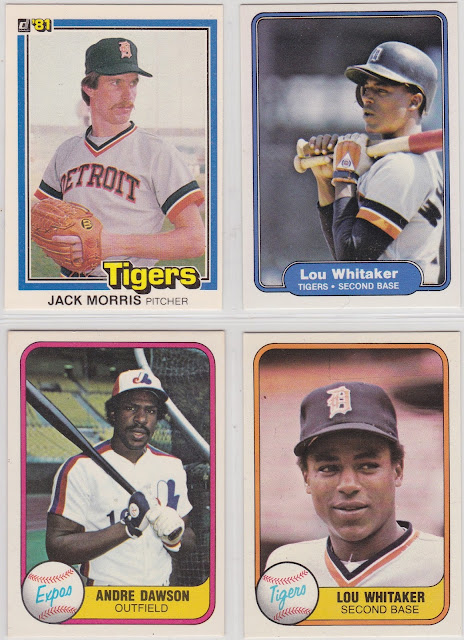 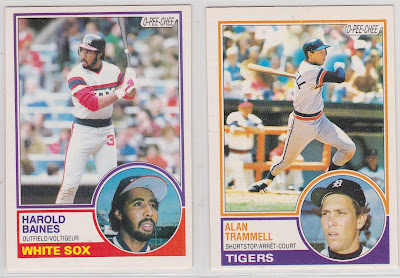 There were a couple of 1983 O-Pee-Chee cards that ended up going home with me. 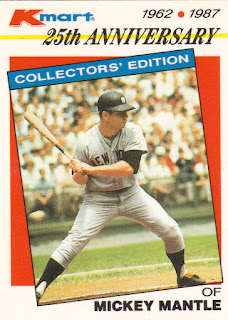 I've been slowly putting together the 1987 Kmart 25th Anniversary set. I know it would be easier to just buy the set, but first of all I haven't seen it at a show, and secondly, I enjoy putting sets together this way.

Of course I haven't made a list, so I have no idea how close I am to completing it. 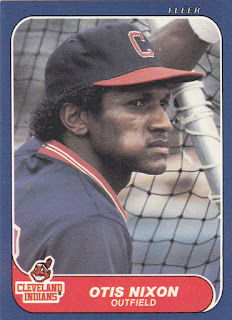 1986 Fleer is a set that was released the year before the first time I returned to card collecting. I don't have very much of it, nor do I have much of 1986 Donruss either, '86 Topps...that's another story. 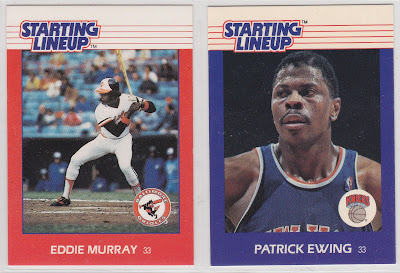 We'll close out this post with a couple of Starting Lineup cards from the 1988 edition.

Well, I'm still at the first table of the show and there's still more dimeboxes to go through!

Yes, I'm Being "Short" With You

As usual for me, blogging has been few and far in between. I've managed to make it to a couple of card shows in the past few months so I'm going to do a series of short posts to try and stay more active on the blogosphere.

The guy that runs the card show sets up at the front door (and why not?), so he is the first table or should I say tables that you see. The majority of his tables are dime boxes (and as I've mentioned before...unorganized). I'll usually stop there and spend maybe twenty minutes to a half hour just going through box after box. This time I found a bunch of 1994 Topps Finest Baseball... 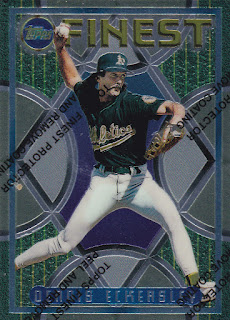 ...forty-nine to be exact. I could not afford these at the time they were released, so whenever I see them on the cheap I'll grab what I can. 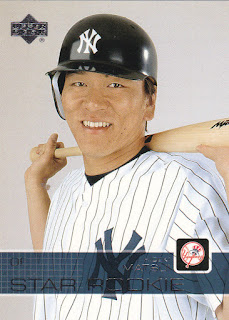 As I was scanning through all of the dimeboxes I picked up whatever caught my eye...like this 2003 Upper Deck Hideki Matsui rookie. 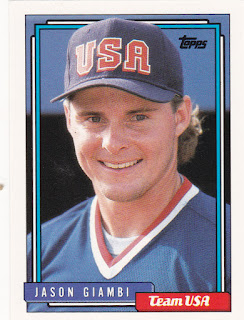 I don't have the 1992 Topps Traded Set (the Garciaparra and Varitek rookies make it a little pricey...wouldn't I love to find those two cards in a dimebox!), so I settled for picking up the fourth most expensive card in the set (if you care, Sammy Sosa is the third). 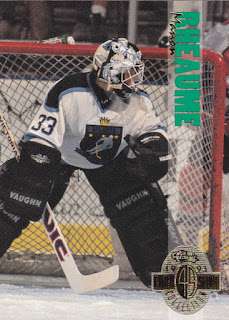 We're going to switch to hockey for a moment. I'm sure anyone who was collecting at the time remembers the buzz over Manon Rheaume, the first female to ever try out for an NHL team. She played in a couple of exhibition games, including one against my Boston Bruins which I missed (Dang!). 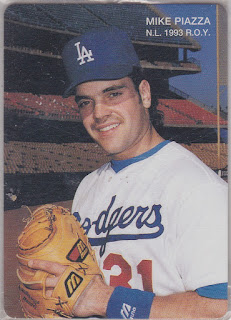 I also found one of the four cards that make up the 1994 Mother's Cookies Mike Piazza Rookie of the Year set. This is card 3 of 4. 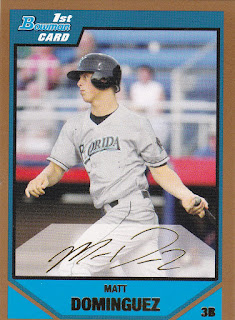 I picked this card up solely because he had been invited to Spring Training with the Red Sox. I like having cards of as many players from Spring Training as possible. It's one of my many quirks. 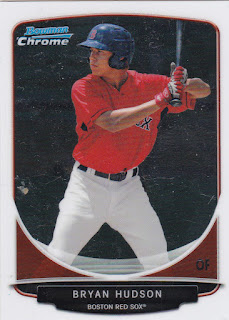 I also grabbed three Red Sox Prospects from 2014 Bowman Chrome Draft Picks and Prospects so I could have cards of them if they were invited to Spring Training.

Bryan Hudson was invited to Spring Training last year, but has not made an appearance this year. 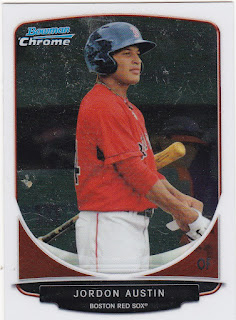 Jordon Austin was actually released in 2015 and according to Baseball-Reference.com hasn't caught on with another team...so unless he's in the stands, I won't be seeing him. 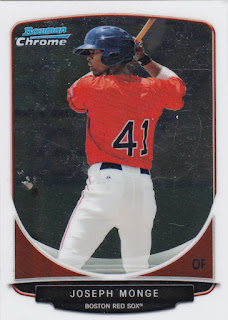 Joseph Monge is with the Red Sox this year for Spring Training. I guess one out of three isn't bad.

I received these two 1986 Drake's box bottom cards from Kaz at "This Way to the Clubhouse". Unfortunately he's currently not blogging anymore, which is sad because it was one of my favorite blogs to read. 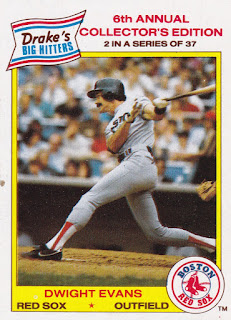 He mentioned on his last post that he was backlogged in trade "thank you" posts. 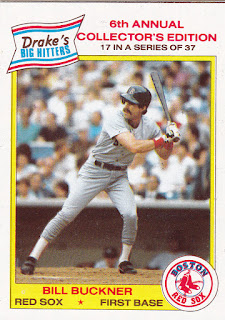 He sent me these last September so it looks like I qualify as backlogged too.

Thanks, Mark! Hope everything is well!