It's The Most Wonderful Time Of The Year

So when I do post it's either going to be:

B.) A post that I've been slowly working on for well over a week (like this one).

I received an unexpected sampling of Red Sox cards from Matt at Bob Walk The Plank. He is very difficult to trade with because everything you get from him is outstanding and most of what I have to send him back is anything but.

Fortunately (for me), that does not deter him and he continues to send me a fantastic selection of Red Sox. 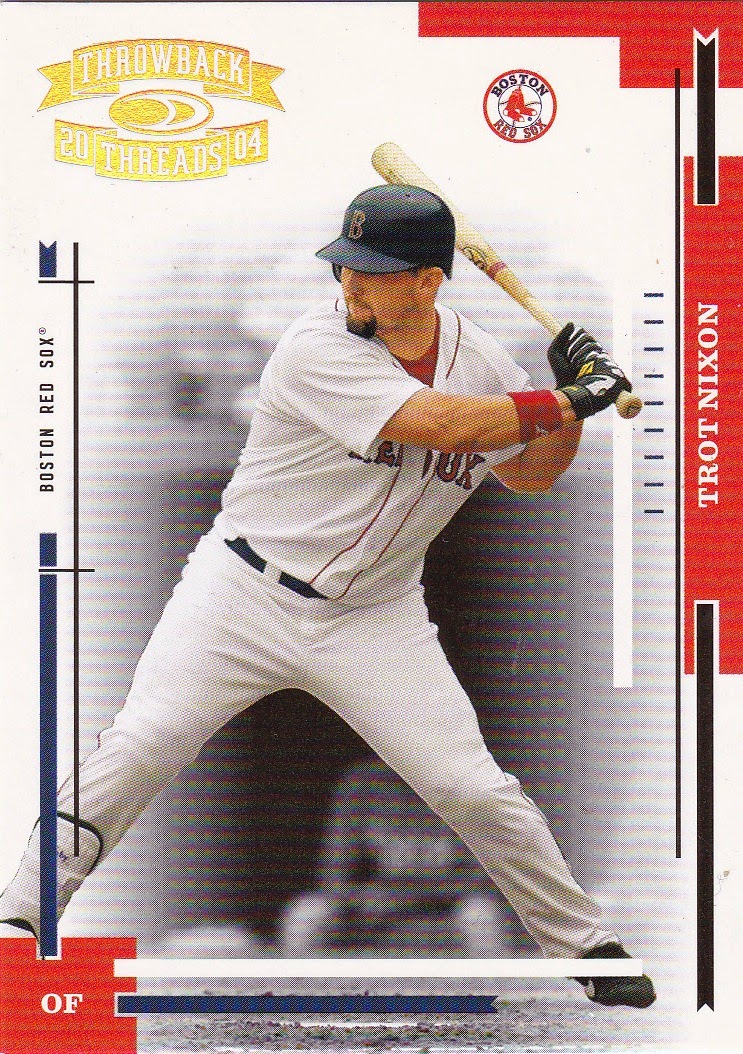 Starting with the Dirt Dog himself, Trot Nixon. Numbered 28/100 this is from 2004 Donruss Throwback Threads, a set that I really like. 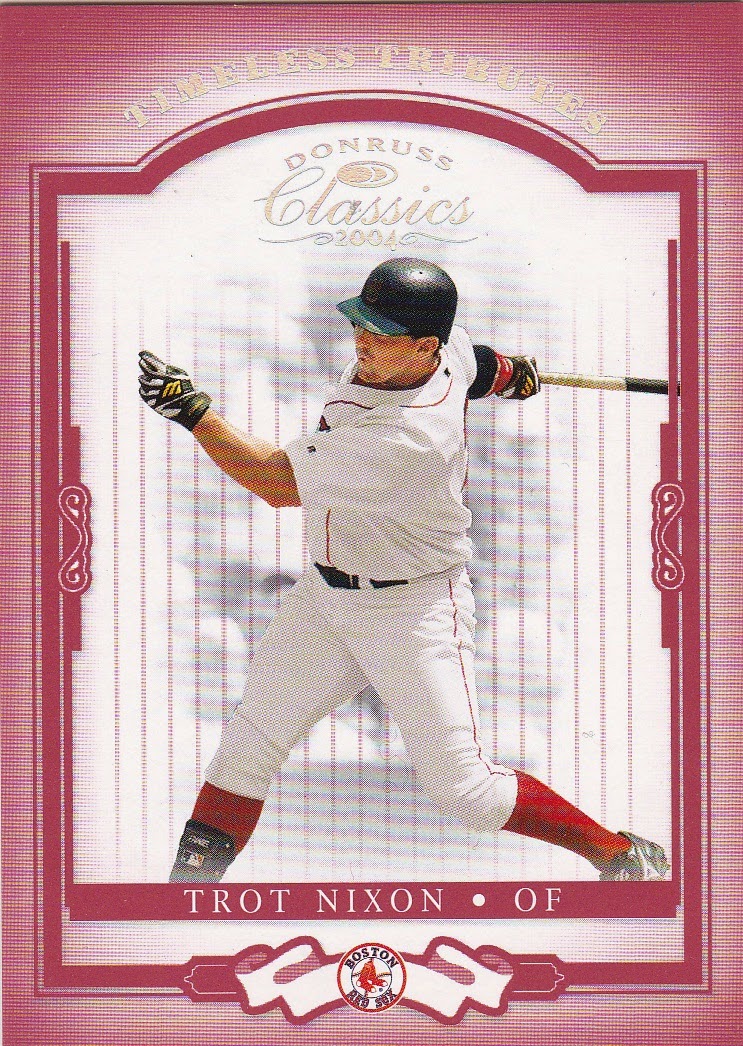 This Trot Nixon is from the 2004 Donruss Classics set. This is one of the parallels (the Timeless Tributes came in red and green...Merry Christmas!!), and it was numbered 27/100. 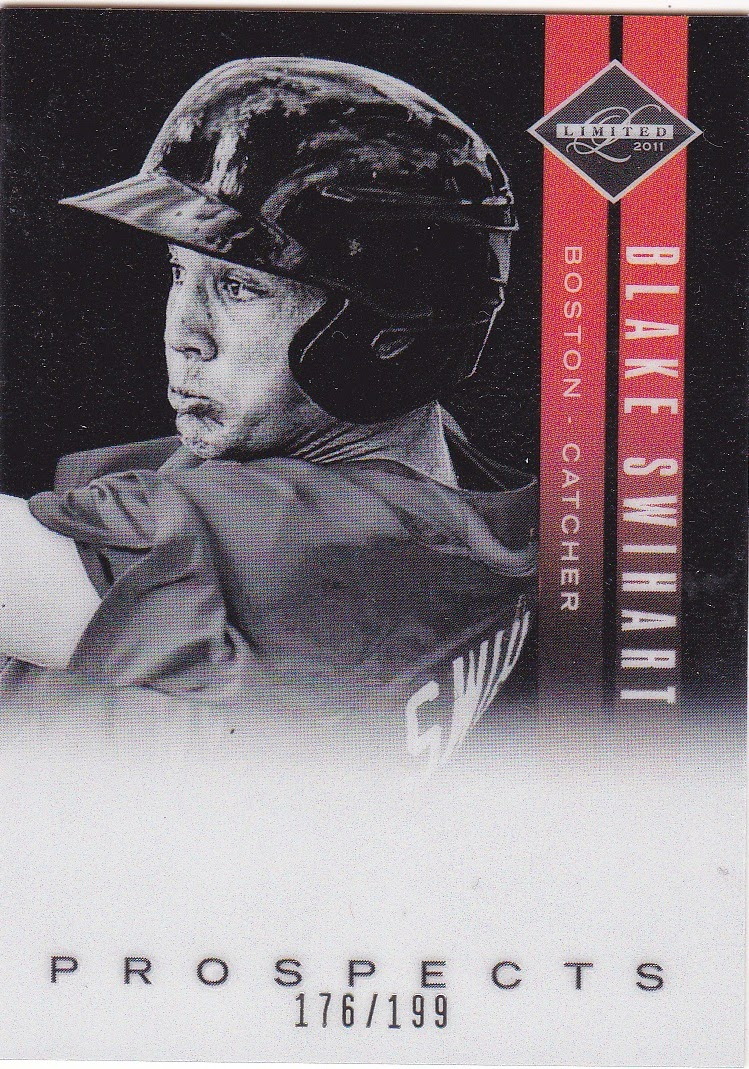 This is my first Blake Swihart card. He is one the number one prospect in the Red Sox system (according to soxprospects.com). There has been talk that either him or current catcher Christian Vasquez may be traded this winter. Since the Dodgers have claimed Ryan Lavarnway off of waivers (even though the Red Sox appeared to have given up on him catching and were grooming him as a first baseman), if Swihart is still here during Spring Training, I'm sure we'll be getting a good look at him. 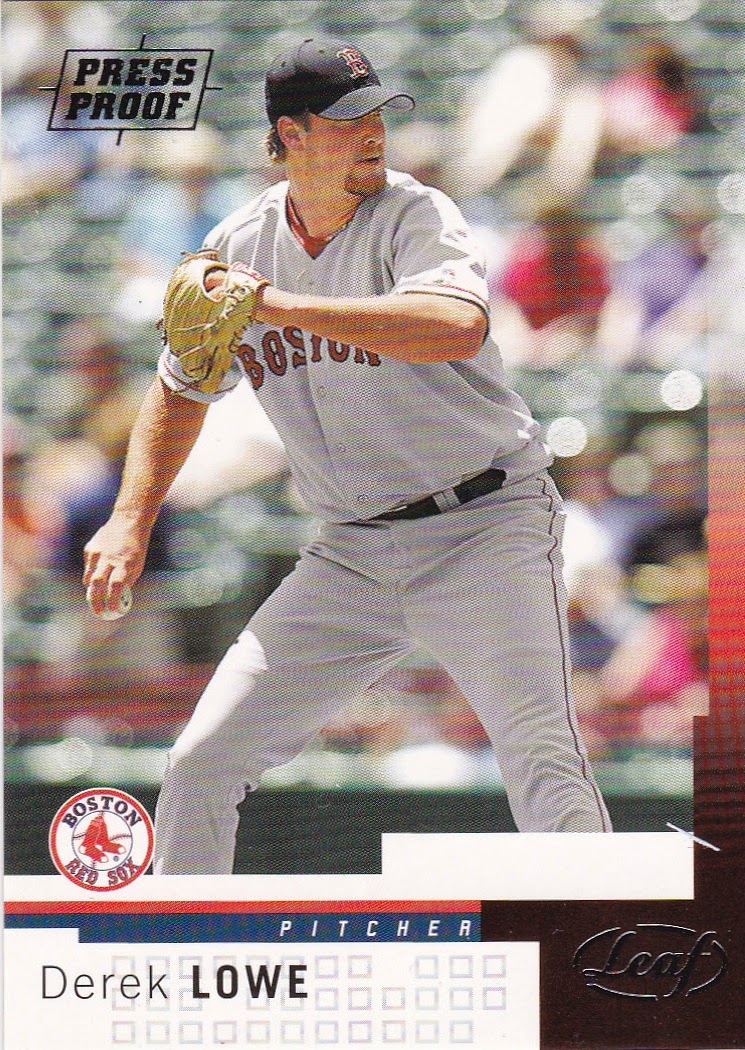 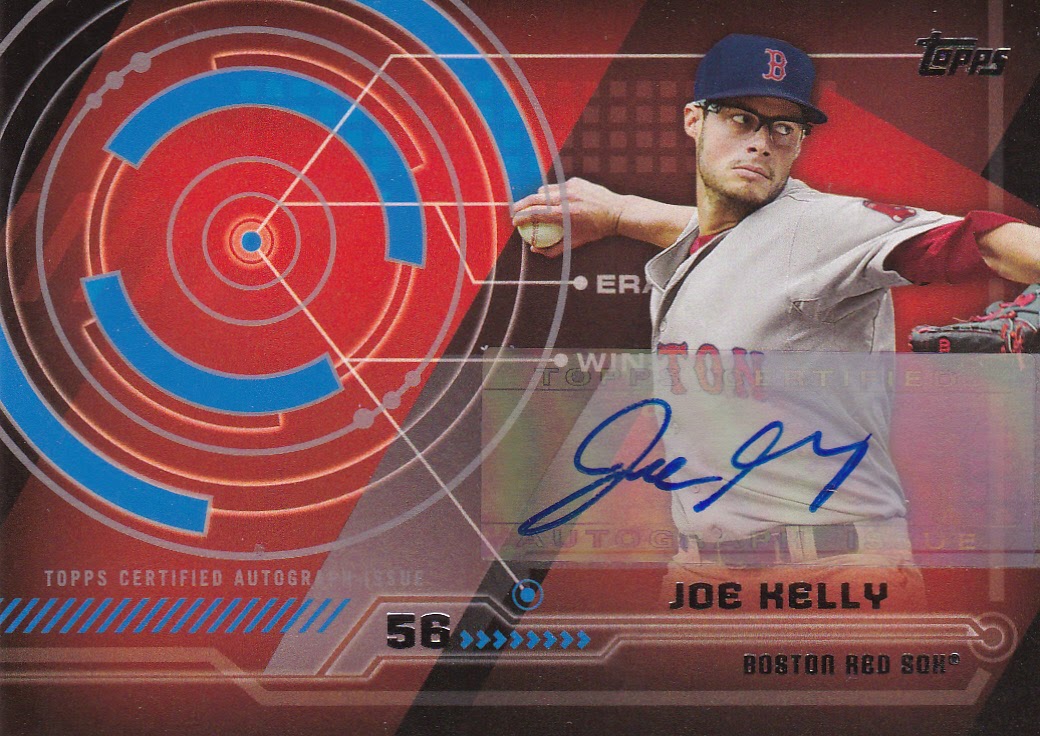 2014 Topps Update Joe Kelly auto. I was surprised to see an auto card from him (I hardly never pay attention when the card companies release their checklists, so consequently just about everything is a surprise to me).

The front of the card is cool, but demerits are handed out for the back of the card, which gives a synopsis of what he did in 2013 with the Cardinals (Boo! Who cares??!!).

Here's a picture of a Topps employee "mailing it in".

Thanks for the cool cards, Matt! A return package is on the way...just in time for Christmas!
Posted by Swing And A Pop-up at 7:47 AM 1 comment: