I'm quite backed up when it comes to posts showing off what I purchased at the local card show. Here's a bunch that I picked up a few months ago...each card was a dime a piece. 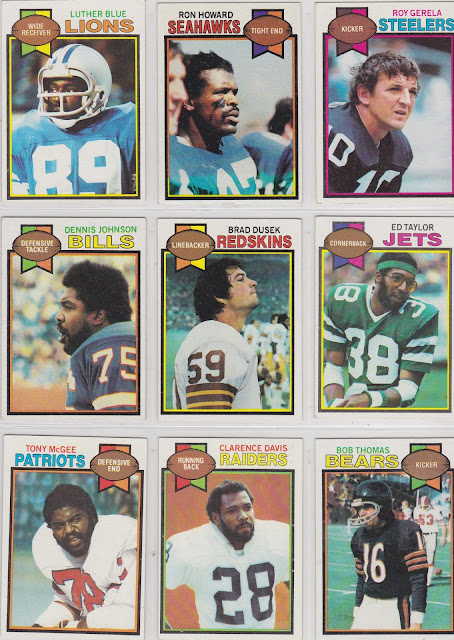 The 1979 Topps set was released a few years after I started collecting. I have quite a bit of this set, but I haven't made a want list for it yet. Some of these cards are dupes but in much better condition than the ones I currently have. 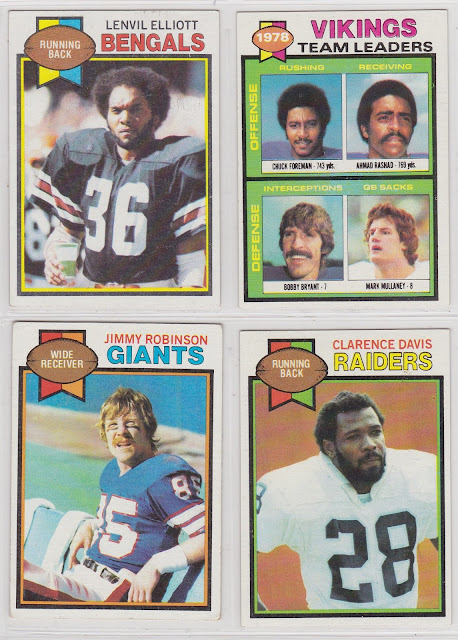 It wasn't until I scanned these that I realized I bought the Clarence Davis card twice. 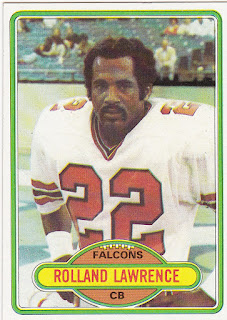 However, the 1980 Topps set is a much different story. I pretty much focused on baseball that year (the 1980 Topps Baseball set is the first set I ever completed), so I didn't buy much in the way of football (although I did pull the Phil Simms rookie). The only card I found from this set was this common of Rolland Lawrence. Bet you didn't know he is the Falcon's all-time interception leader.

A trio of George Rogers cards from 1982 Topps. 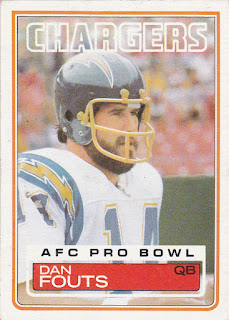 A lone card from 1983 Topps. Anybody remember the disastrous team of Al Michaels, Dan Fouts and Dennis Miller for Monday Night Football? 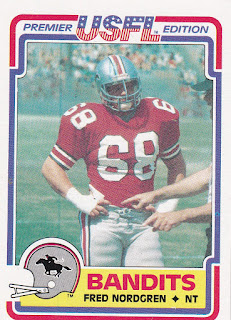 This is the first card I've ever picked up from the 1984 Topps USFL set.

I also don't have many from the 1986 Topps set either, so I'll pick up any cheap ones that I can. 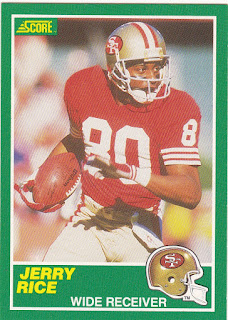 That's all for this post! Next I'll show you what I picked up for baseball cards...all for a dime a piece!