If you've been following my blog, then you know about the repack that I bought at Wal-Mart a few days ago. If you missed it, you can read about it here and here. 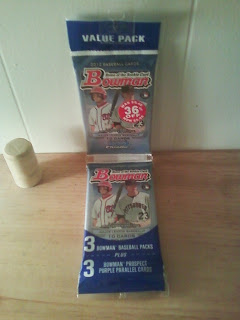 On the back of the rack pack it states: 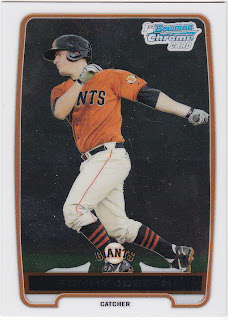 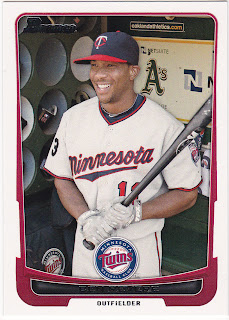 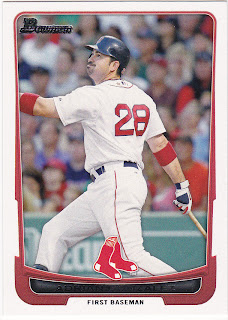 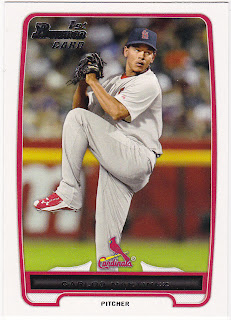 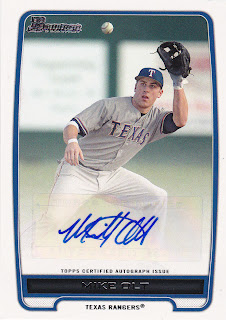 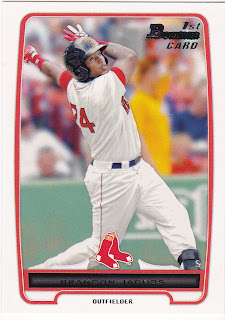 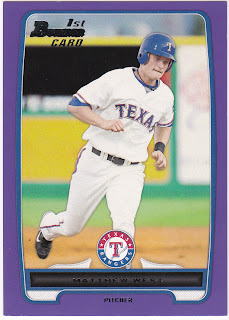 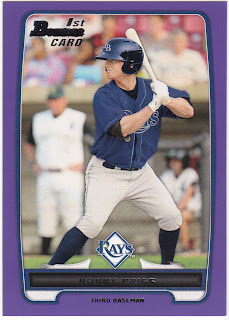 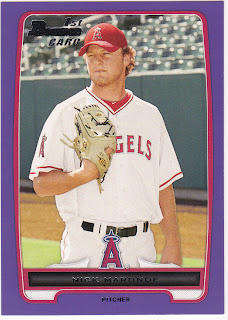 BP31 - Nick Maronde (Angels)
If I was a Giants or Rangers team collector, I'd probably be singing the praises of Bowman. I got a fair amount of Red Sox too, and I was happy to get the Jacobs card because I don't have one of him yet. So yeah, it was worth the six bucks for me.
﻿
Posted by Swing And A Pop-up at 1:56 PM