You are probably wondering why there is a question mark at the end of the title of today's post. Well, I've noticed that I had been accumulating quite a few posts in my draft folder, so I've been going through them and either finally finishing them and posting them, or deleting them.

This was a trade post that I started some months ago, and never finished. I also didn't notate who the cards came from, and they have long been put into my sets. After checking through old emails and previous posts, I am 99.99999% certain these came from Mark (otherwise known as cynicalbuddha), from the blog Collector's Crack (among others). He sent me a lot of cards that I needed, but I'm not sure if this was all of them or not.

We did the trade last December, which was quite a hectic month for me, and I fell way behind in posting, returning trades, etc. As you can see, I still am not caught up. 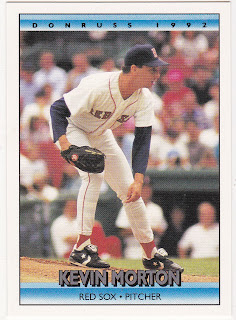 Let's begin with fifty-five from 1992 Donruss. A junk wax set that before I did a want list for, I had thought I was far closer to completing it than I actually was. 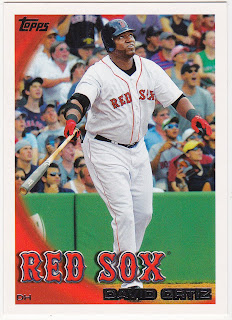 One-hundred-twenty-seven of 2010 Topps! According to my want list, I only need eight cards now!

Wouldn't it be funny if I get these eight cards, and then realize I'm still missing a card or two....

...never mind, there's nothing funny about that. 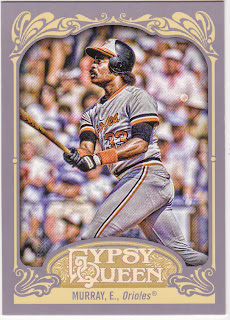 A couple from 2012 Topps Gypsy Queen. 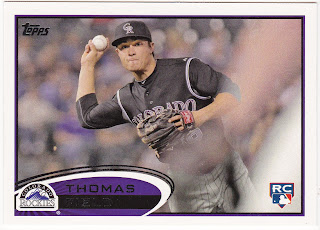 He also included the last two cards I needed for my 2012 Topps Series II set. It feels good to finish a set in the same decade it was released! 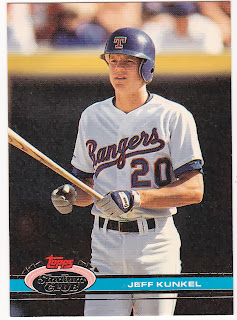 One from 1991 Topps Stadium Club. I think this was the first "high end" set I tried to complete. 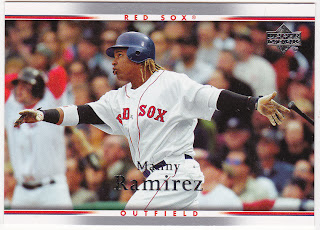 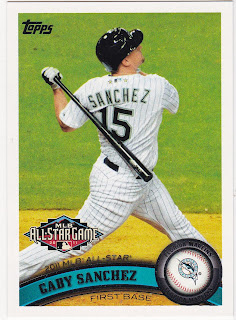 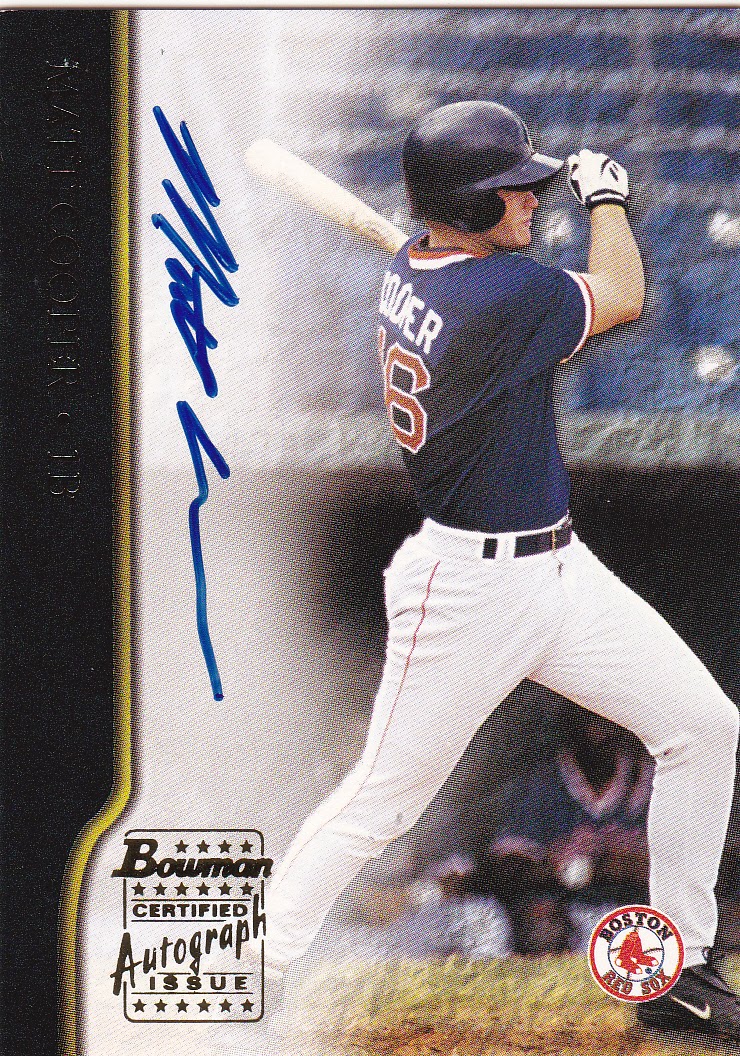 2002 Bowman Matt Cooper auto. I have no idea who he is, so by looking him up on I found he was the Red Sox third round draft pick (92nd overall) of the June 2000 draft, and never made it past Single-A Sarasota.

Sorry about the tardiness of this trade post, Mark. Thanks for the cards!
Posted by Swing And A Pop-up at 11:41 AM