So I ended up going with Witchita State as the winner of the NCAA bracket challenge at work. (See, I told you I'd keep you bored informed.)

I mentioned a few weeks ago that I had decided to give Listia one last try. By holding a few auctions, I was able to pull together a few thousand credits to "spend". I've only been having one auction every week or so because I put everything in a bubble mailer and track it. I've found that there seems to be a selection of bidders that never seem to receive what you send them unless you track it. So far, no problems. However, it ends up being $3.37 per package (it is usually a lot of twenty or so cards), so that's why I only do one at a time. As I get more comfortable doing these type of transactions, I plan to branch out to COMC, Sportlots and maybe even Ebay. But I'm not going to get ahead of myself. You are talking to someone who gets frustrated extremely easy and this is supposed to be fun.

So I've kind of figured out how to find some auctions that are getting ready to close. But once you get past the single junk wax cards for 499 credits or the auctions without free shipping, it doesn't leave you with very much else. Occasionally though, you do find something worth your time (or at least mine). 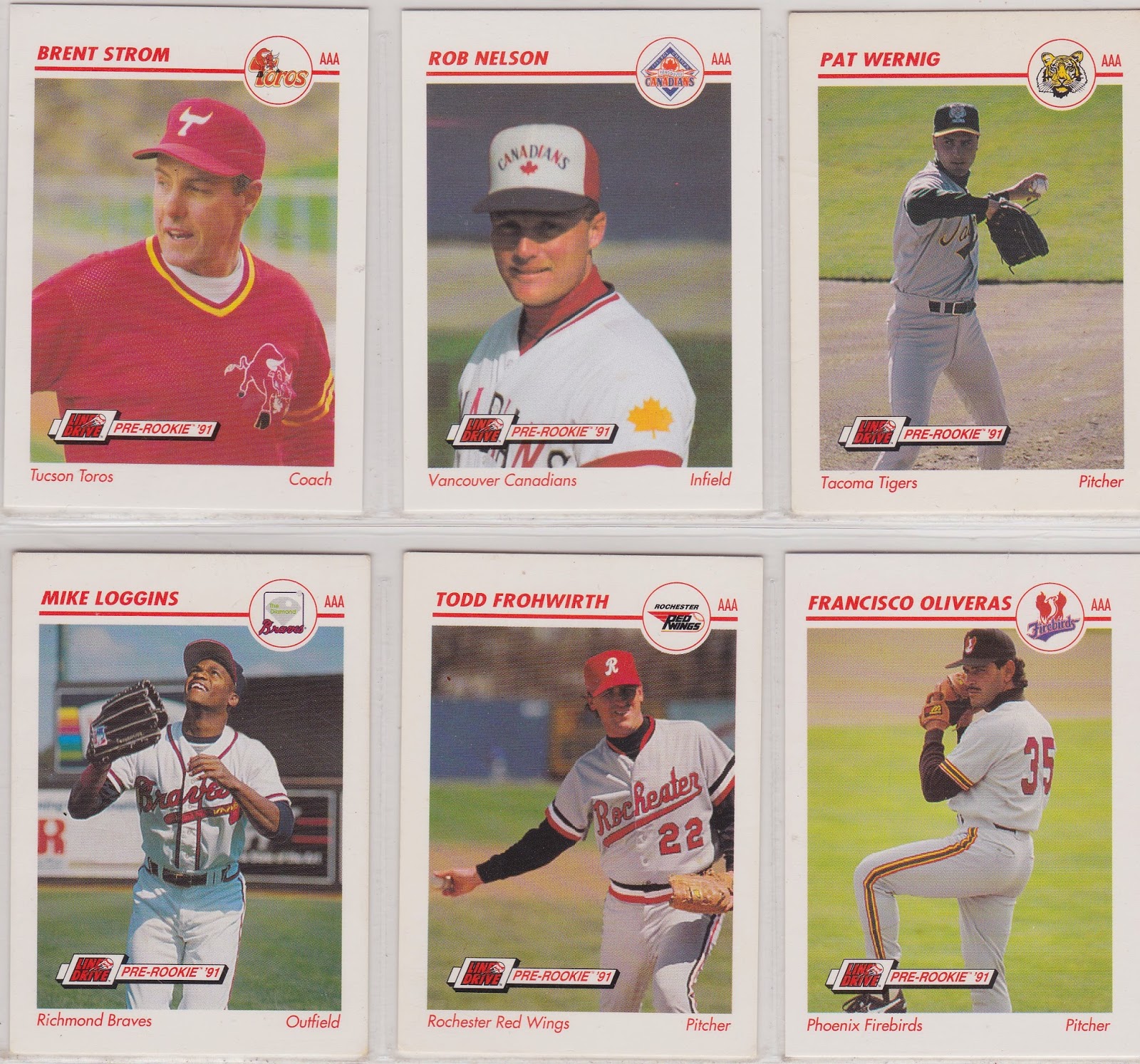 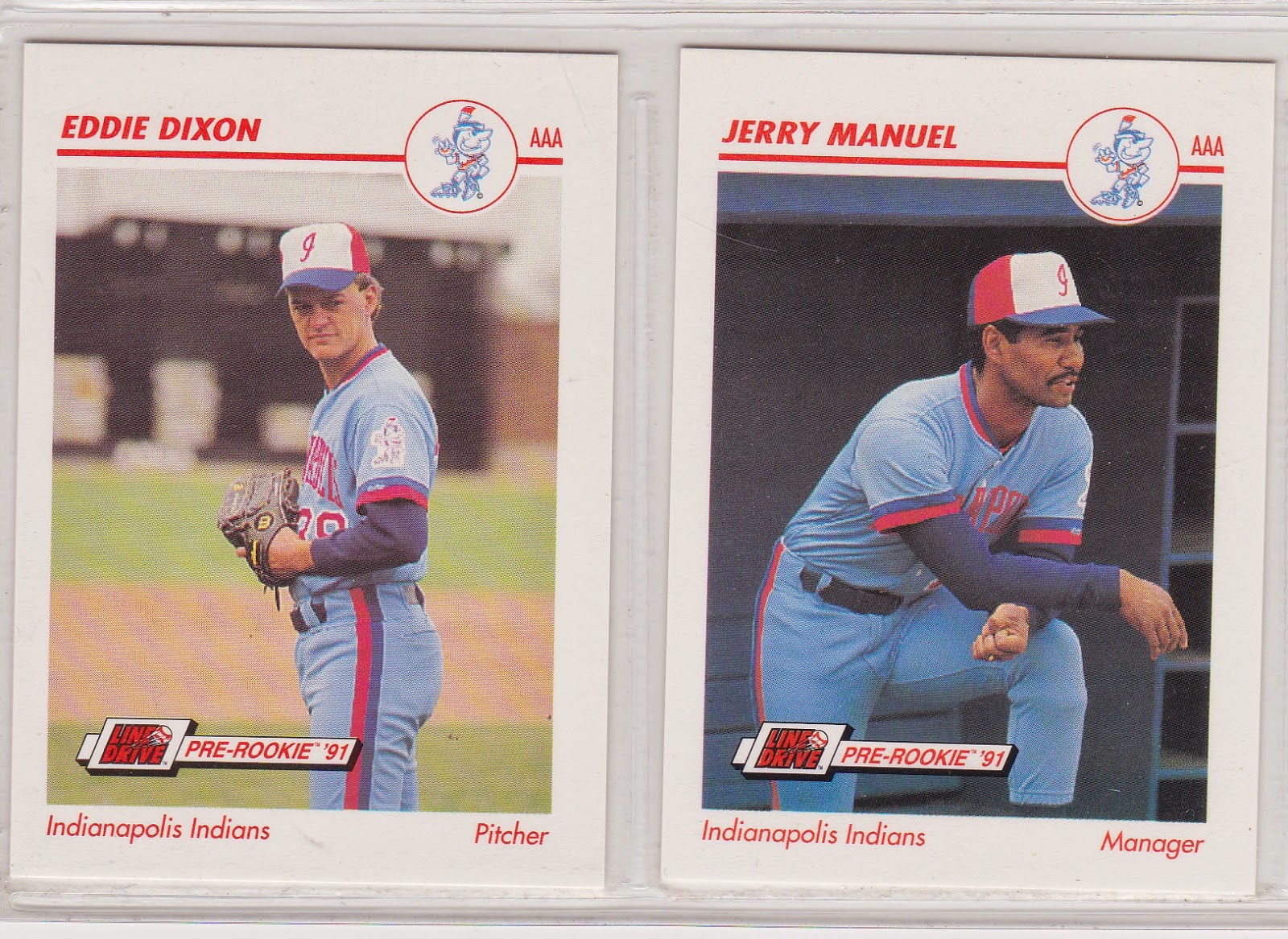 These are from the 1991 Line Drive minor league set, which I actually bought a box of back in the day for cheap. The seller was kind enough to list the card numbers in the description and I needed seven of the eight that were being offered. Yes, it had that dreaded 499 beginning bid, but it was free shipping and I was the only one that ended up bidding on it...and it only took a couple of days to get here. So yay for me.
Posted by Swing And A Pop-up at 9:21 PM