I Almost Waited 'Til Next Year

Well, so much for my bracket. Wichita State has already been eliminated, so all I can do is hope everybody else's bracket at work sucks as much as mine.

Here's an overdue trade post. During the never ending process of cleaning out the spare bedroom of stuff I've been keeping but don't really need, I found a trade package that I had forgotten about. The spare bedroom is a mess of bins and disorganized loose things, so I'm surprised that even I found this. I've read posts from bloggers about trade packages that they had received months earlier, and I certainly can relate. The postmark on the envelope is from January (which isn't too bad, right?) and the blogger responsible for this generosity is Tom from "Waiting 'Til Next Year." 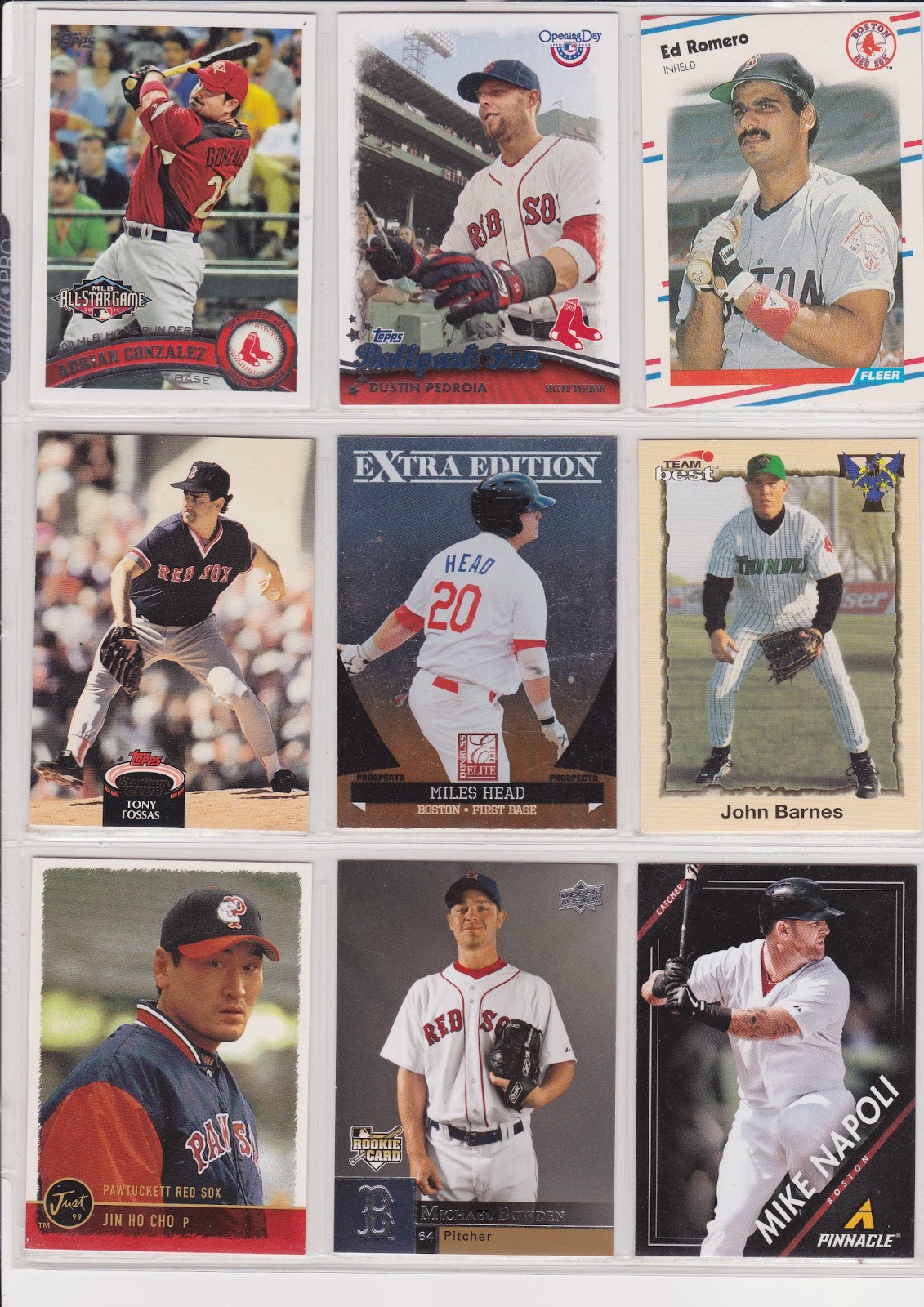 I collect minor league cards as well, and I do have some of the Team Best cards and Just Memorabilia ones thanks to repacks. Also, I wish somebody would have told me that left-handed relievers (like Tony Fossas) could pitch in the big leagues almost forever. I would have stuck with baseball past the age of fifteen. 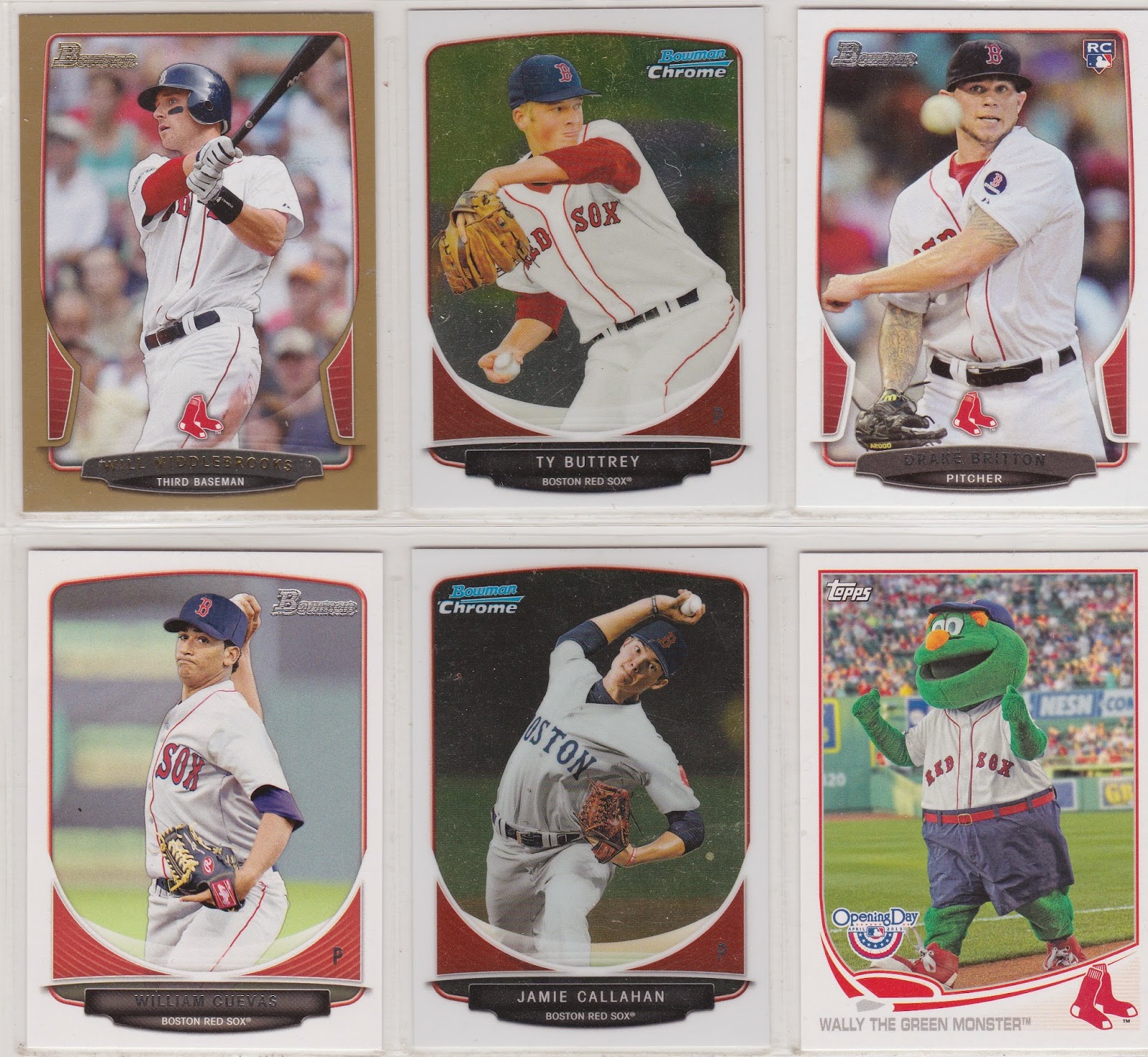 A bunch of Red Sox prospects plus Wally the Green Monster. Only Middlebrooks and Britton have made it to the big club. 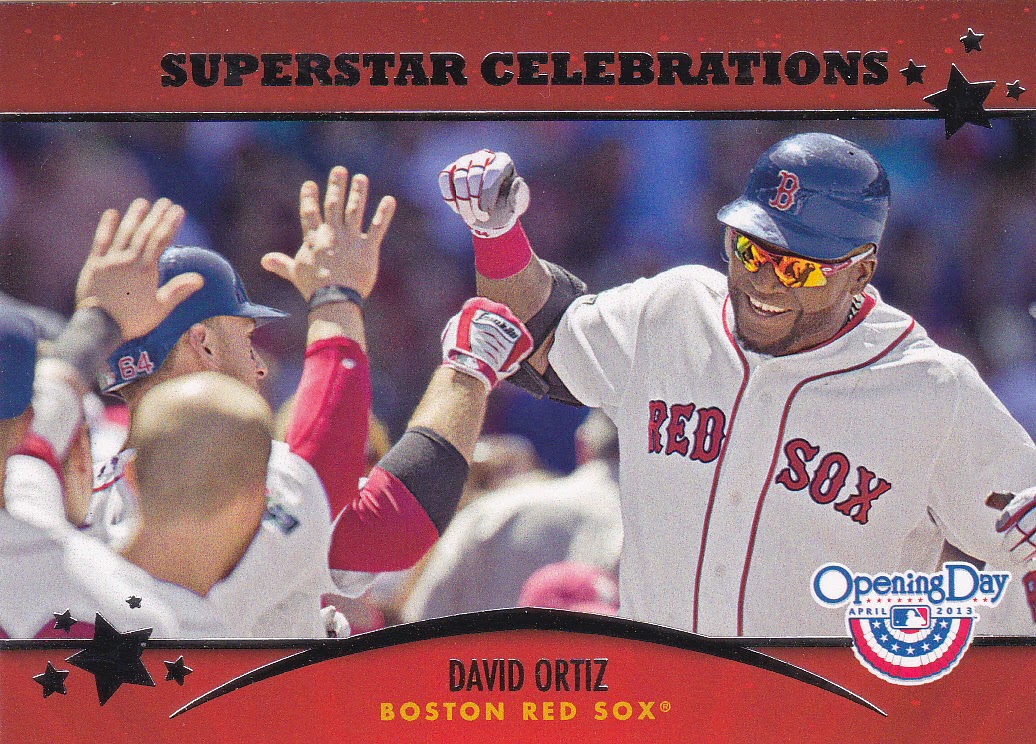 2013 Topps Opening Day Superstar Celebrations David Ortiz. He's not having a good Spring Training. But nothing counts until next week. 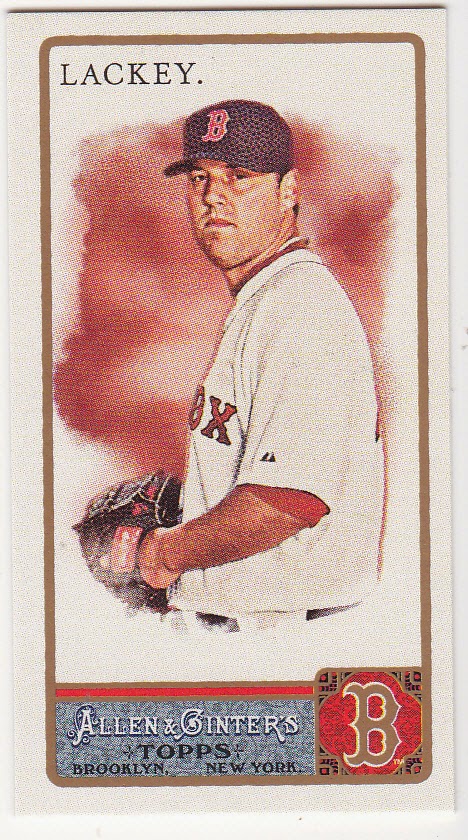 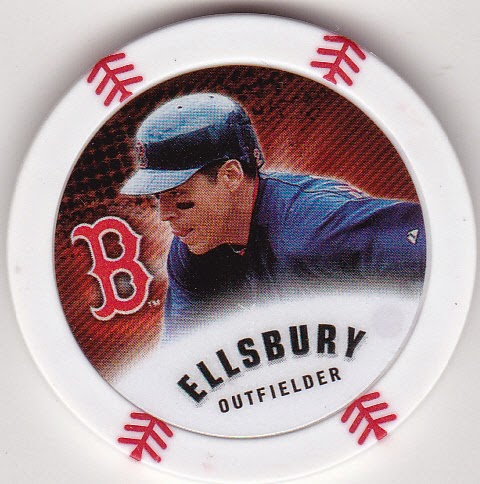 This is the first of the Topps coins that I've gotten. I think they are actually pretty cool looking. I'd think about trying to complete the set, but do I really need to start another set I probably won't finish? 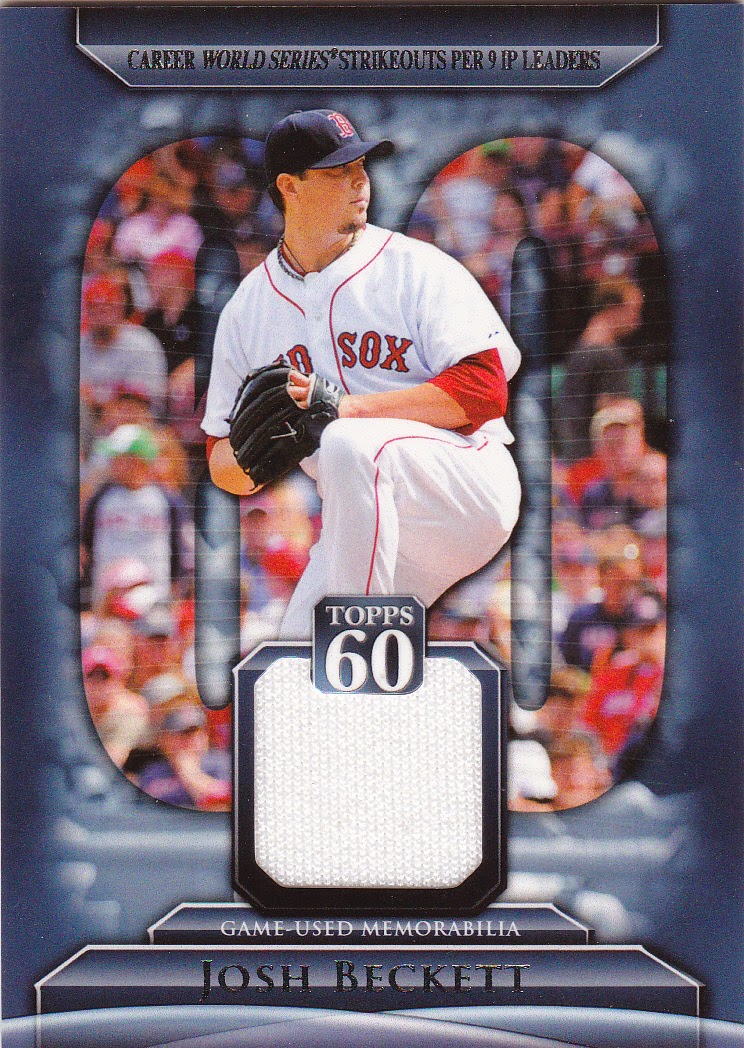 I don't pull very many memorabilia cards. Most that I have I've either bought for really cheap or given to me by generous bloggers. I'll gladly take any unwanted Red Sox that anybody may have lying around. 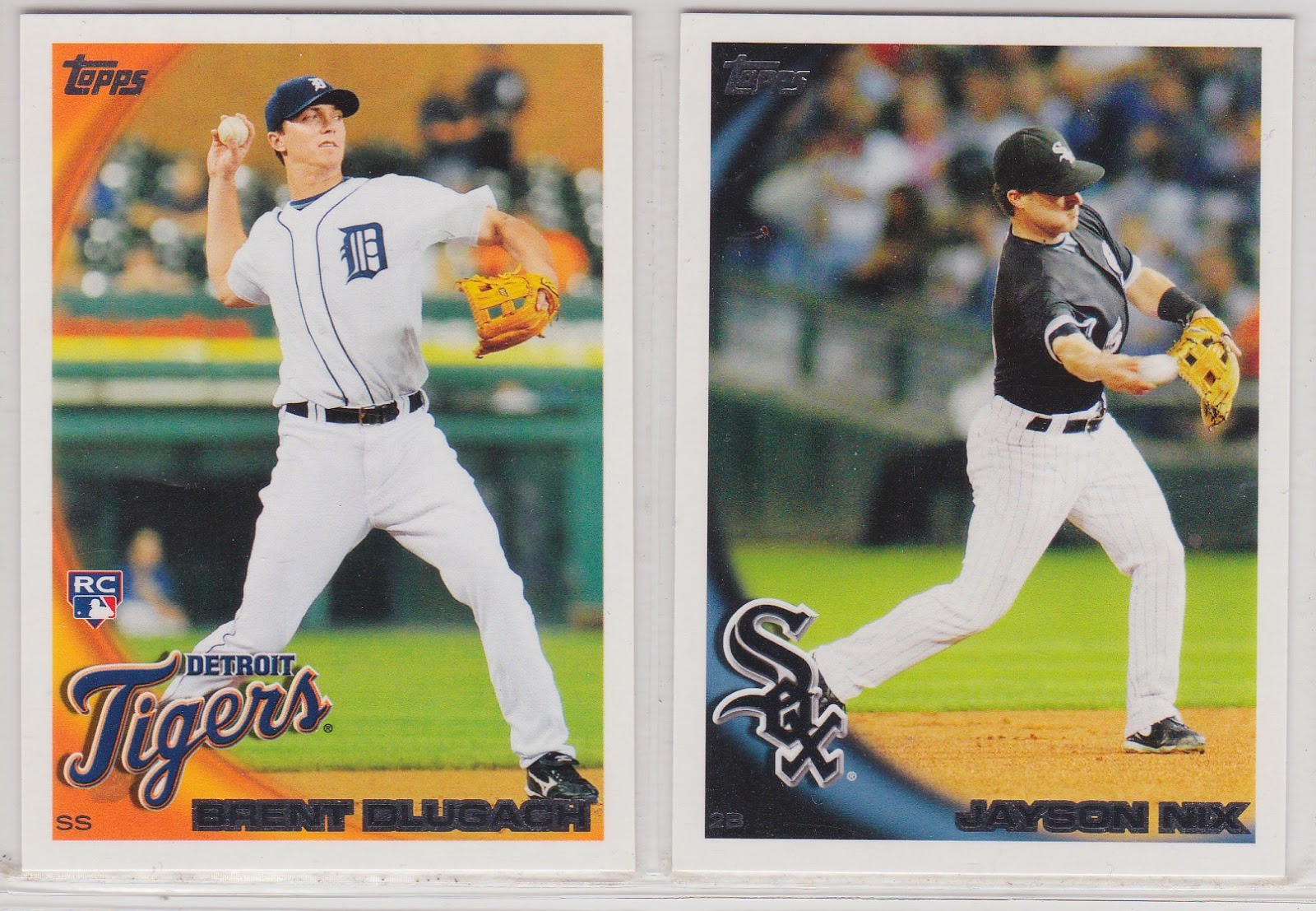 Can you believe with all the pissing and moaning I've done about being so far away from completing this set, I now only need three cards!! 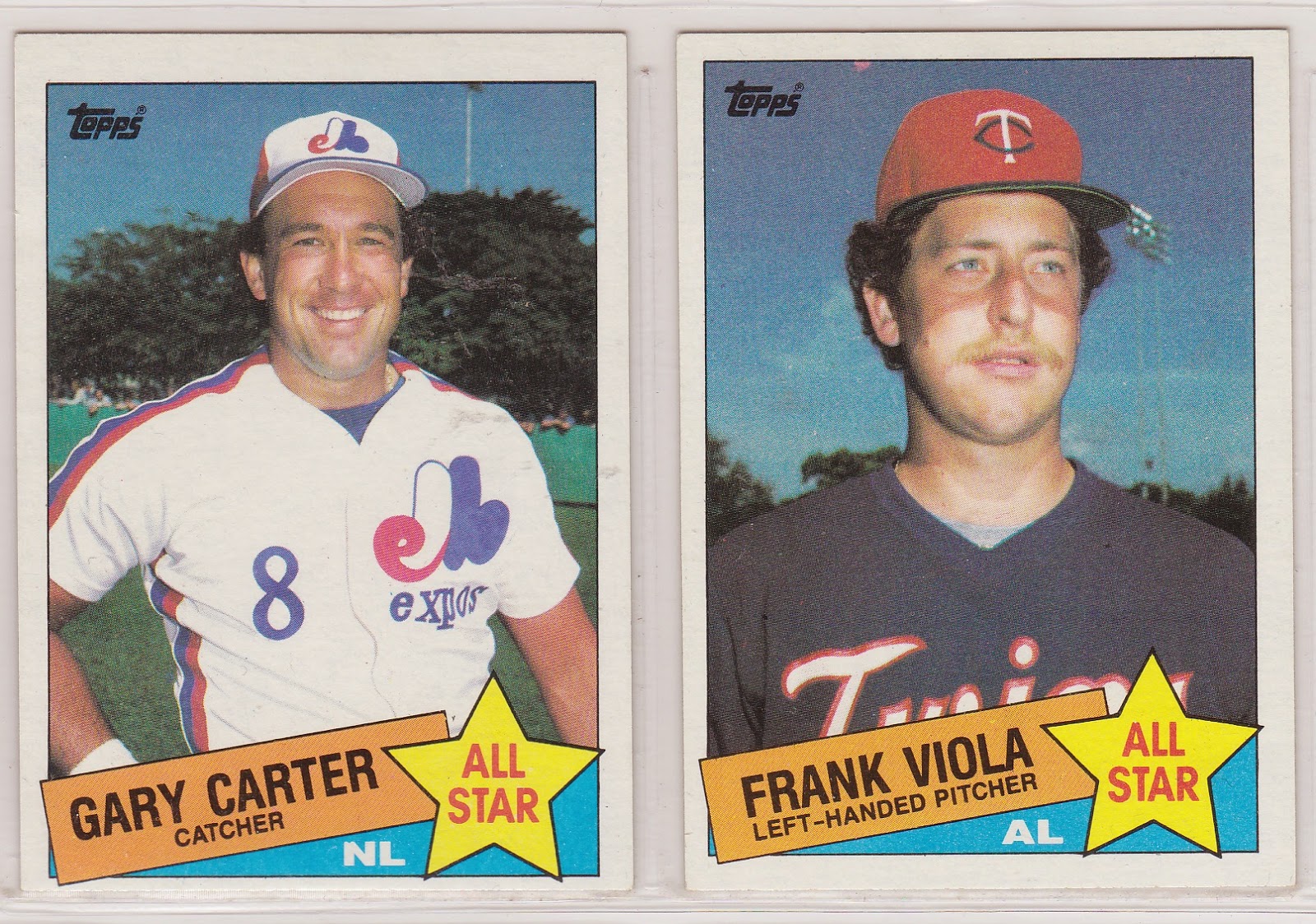 These two from 1985 Topps brings me down to only needing just under twenty cards. Unfortunately one is the McGwire rookie. 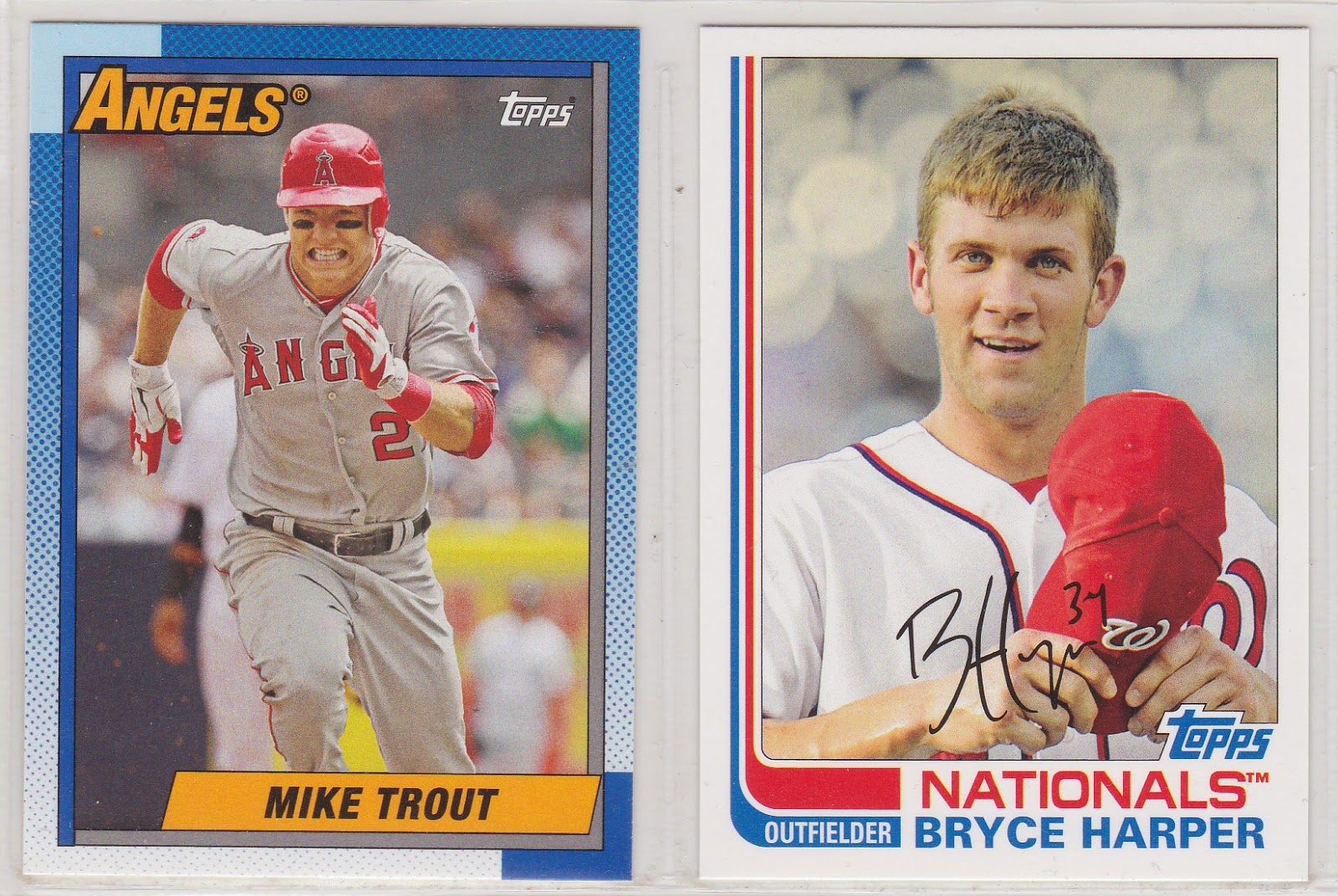 These two were from 2013 Topps Archives, one of the only two 2013 sets that I completed. 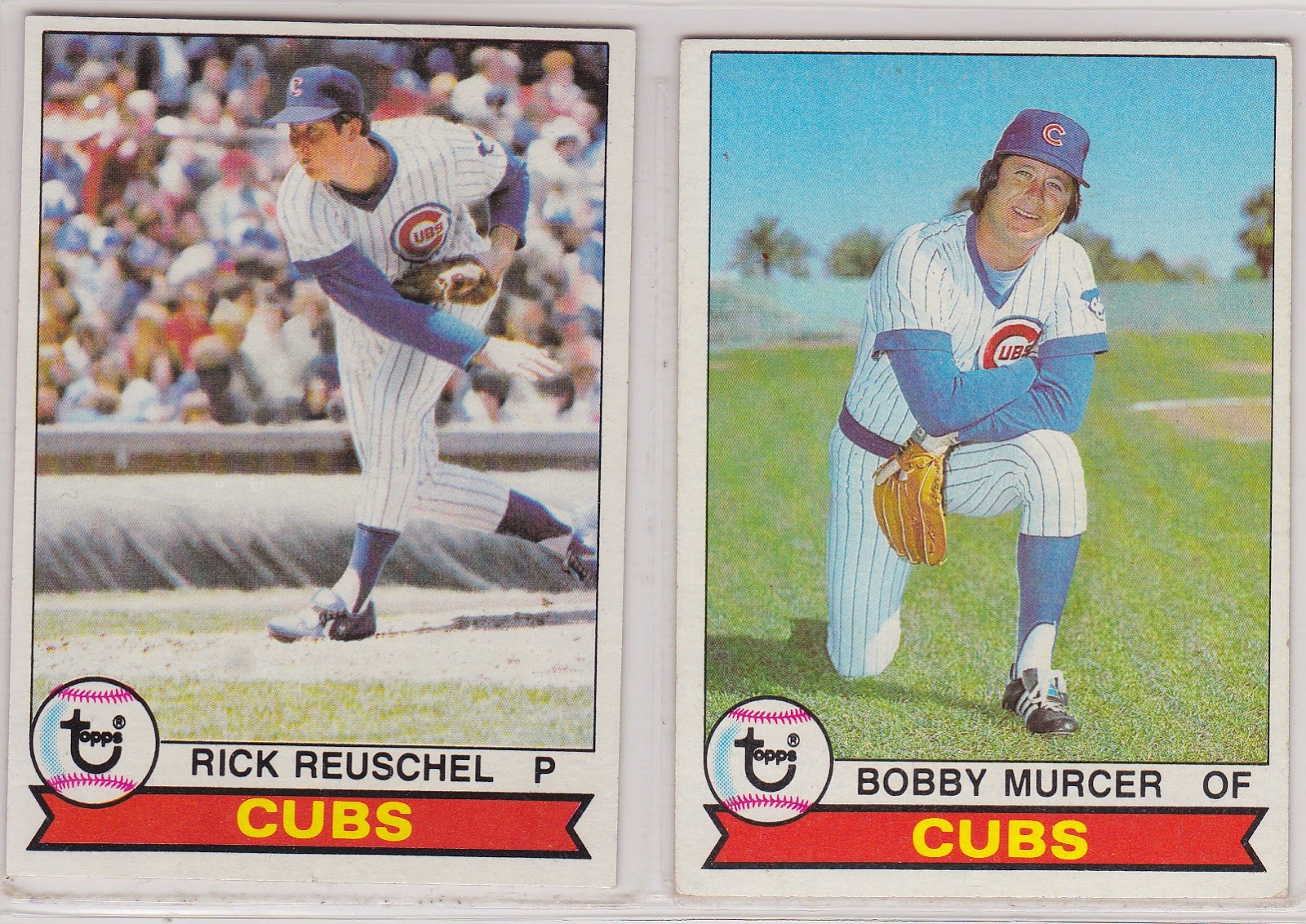 And saving the best for last...a few more 1979 Topps. I'm getting closer and closer to finally finishing it off. I was at a card show a couple of weeks ago, and the guy who usually has some (and at Beckett prices!...Boo!), didn't bring them. I'm hoping to get to one this weekend, so maybe I'll have some more of this set to show next week.

Thanks Tom for the cards...and if you ever decide to put together any more junk wax sets, I'm sure I can give you a good head start!
Posted by Swing And A Pop-up at 6:19 PM