I won these two cards from a Listia auction for just over 600 credits. They were only sent to the armed forces and had a gold "Operation Desert Shield" logo stamped on them. I don't know what these go for nowadays, but they were quite expensive around the time they were released.

I can't remember ever seeing these at a show, so to my knowledge I'd never seen one in person, much less held one in my hands.

According to www.baseballcardpedia.com, approximately 6,313 copies of each card were produced. 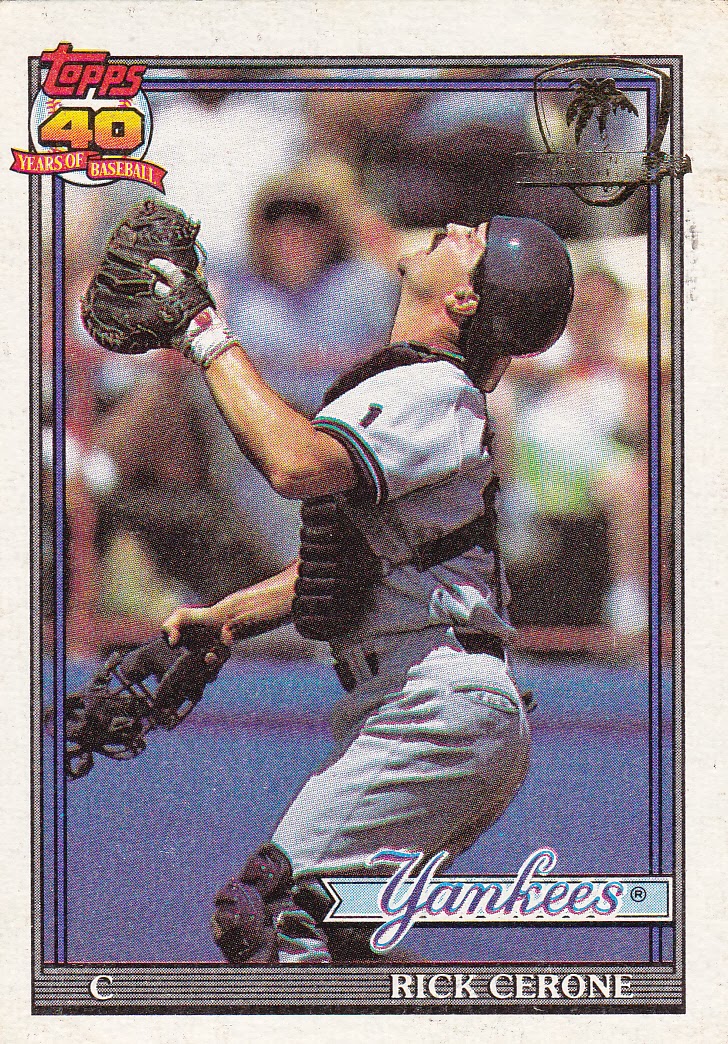 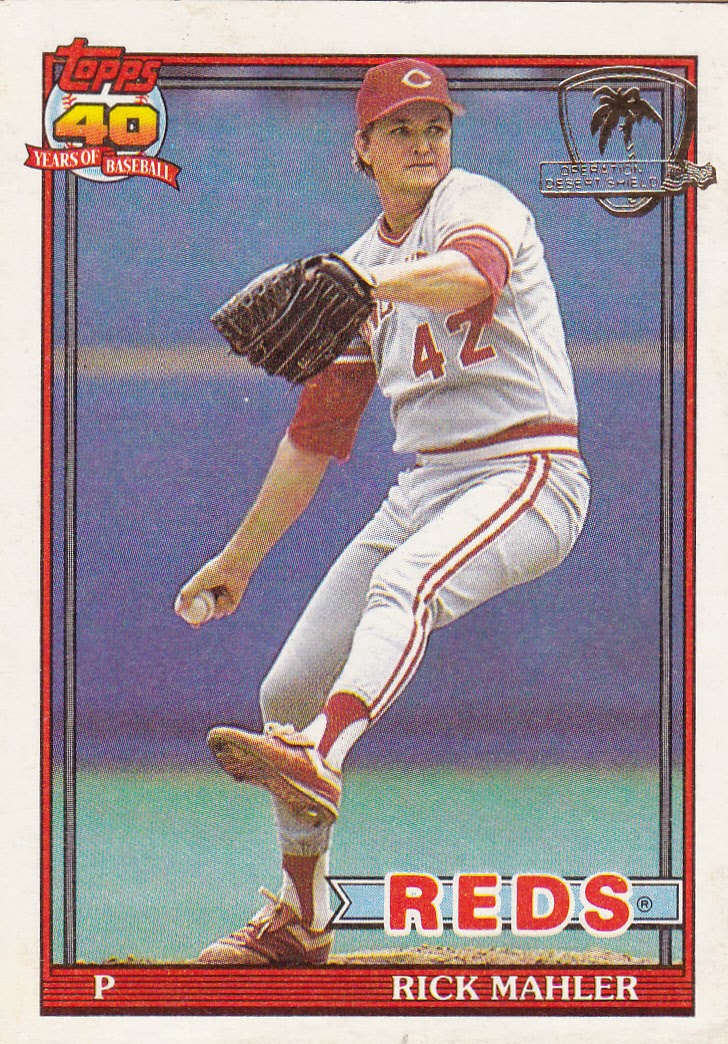 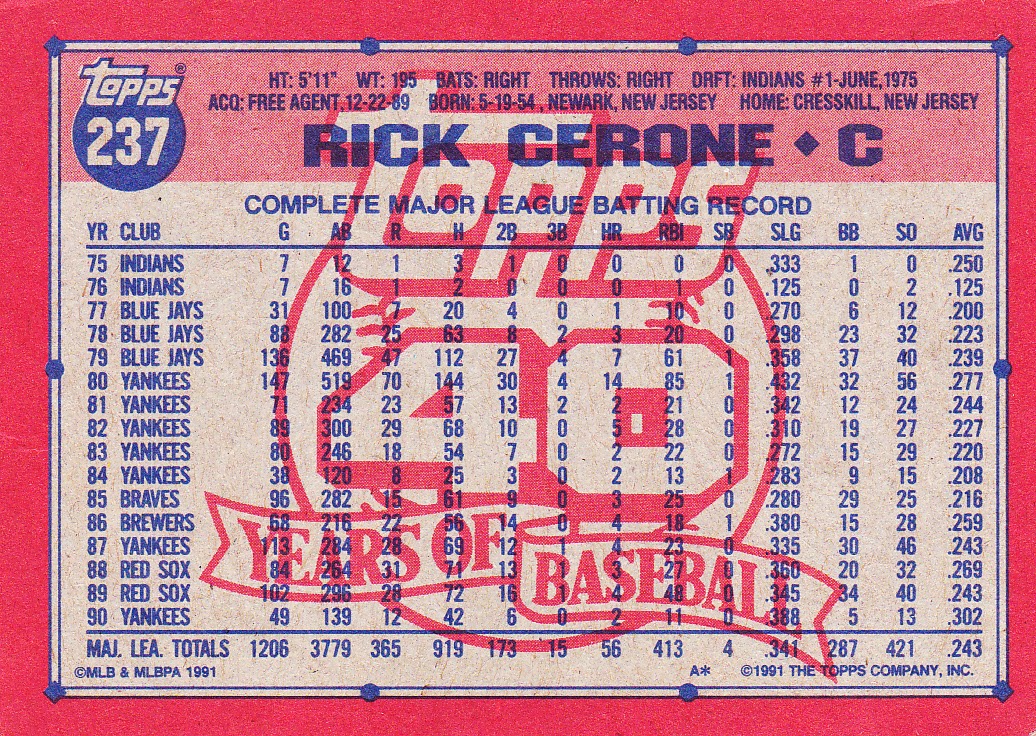 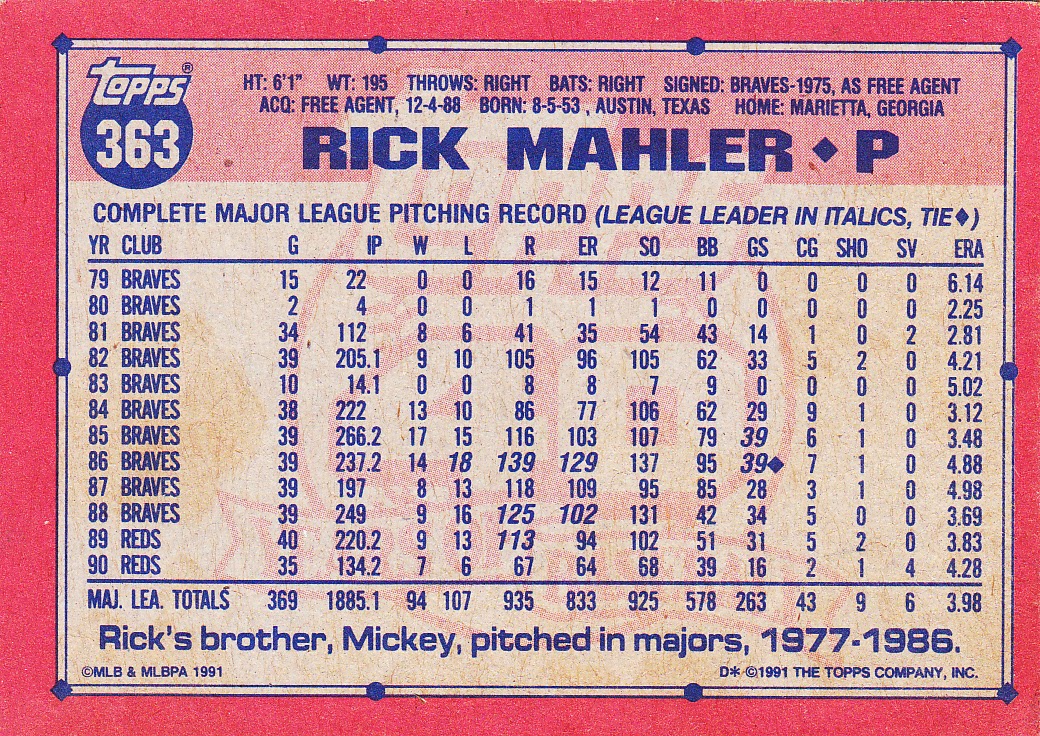 I do not know however, why the "Topps 40 Years Of Baseball" stamp is darker on one than the other. They do have different sheet codes, the Cerone is "A", and the Mahler is "D", so maybe that is why.