Most of the repacks I buy are from the dollar store. There is a Dollar Tree where I live and I usually stop in there around once a week. Quite often they have what is a labled as an "Ultimate Super Jumbo Pack", in this case the "Baseball Edition". The company is called Cardsone, and these packs generally contain cards solely from the junk wax era. I still enjoy opening these and often will open one before I go to bed. It sort of winds down the evening for me. The most recent batch of these featured a card from 1988 Donruss peeking through the wrapper. 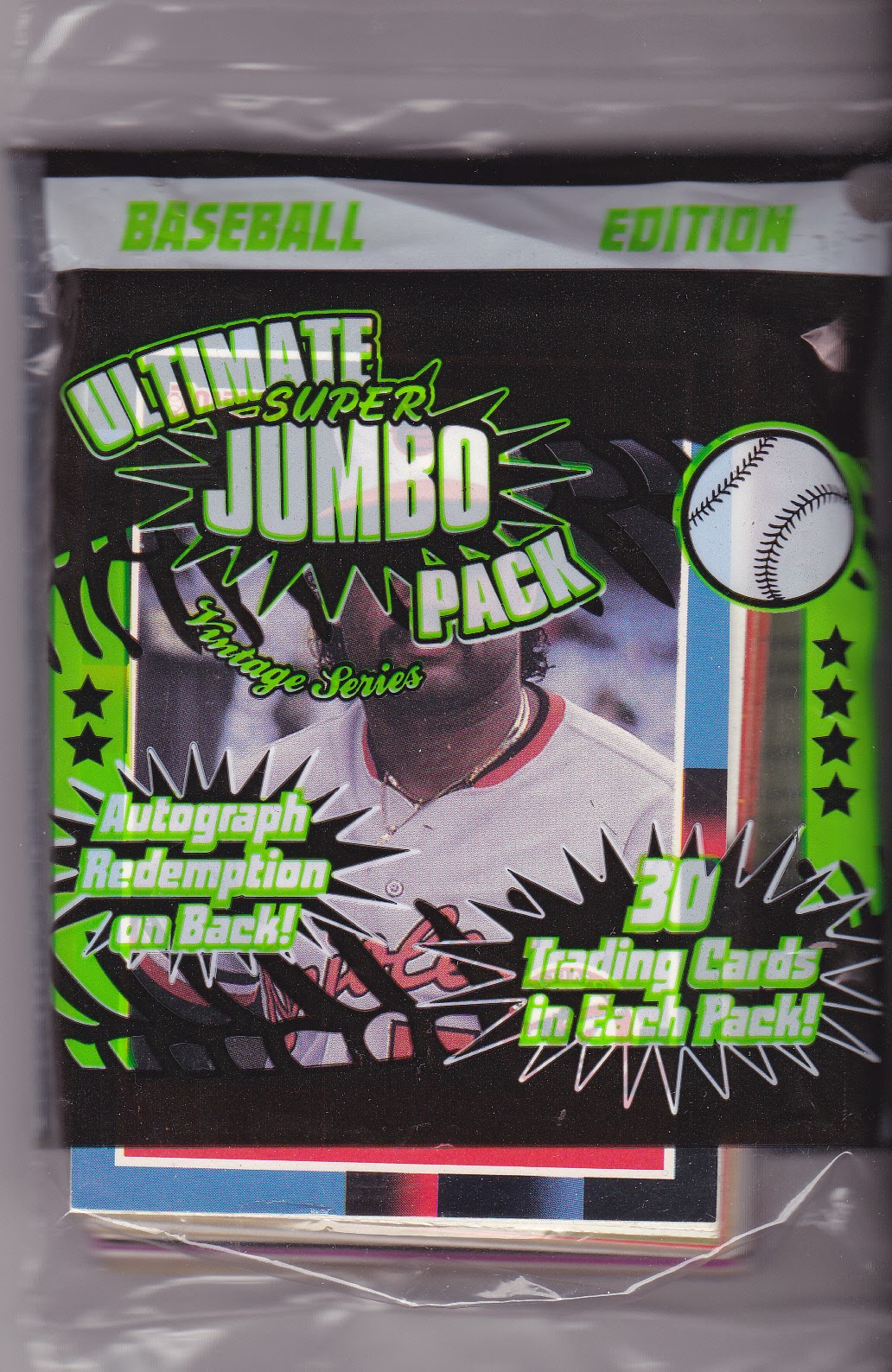 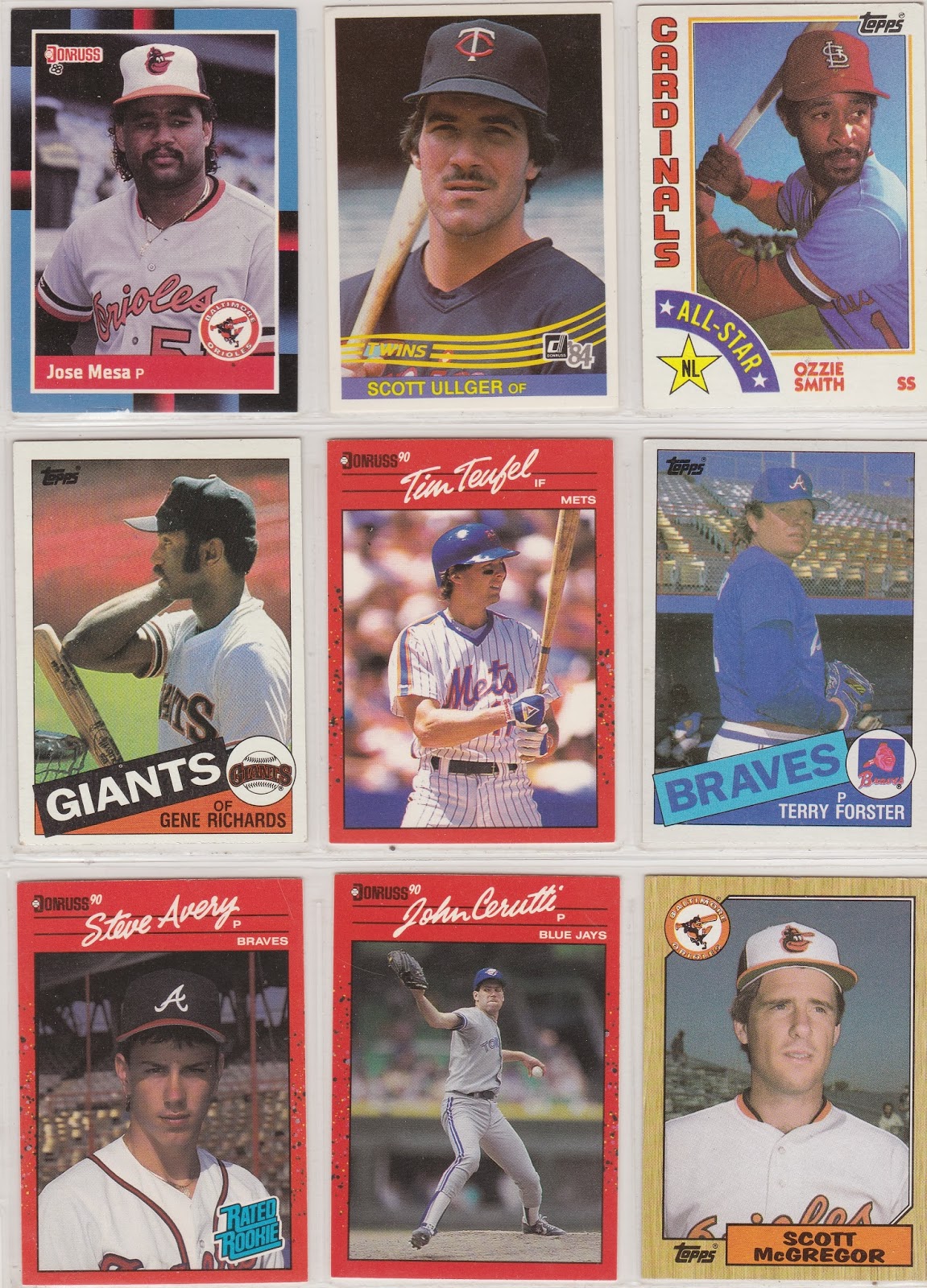 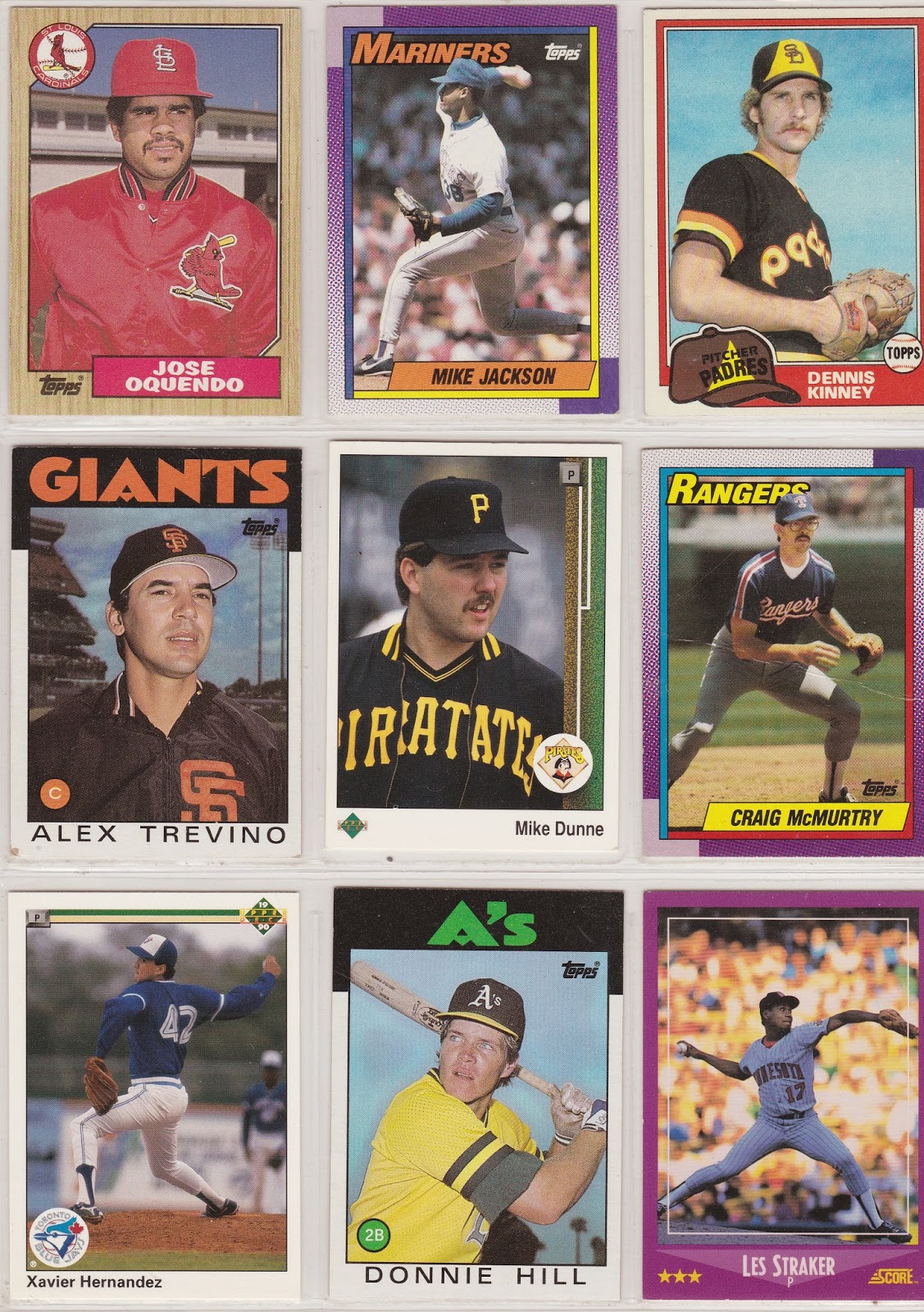 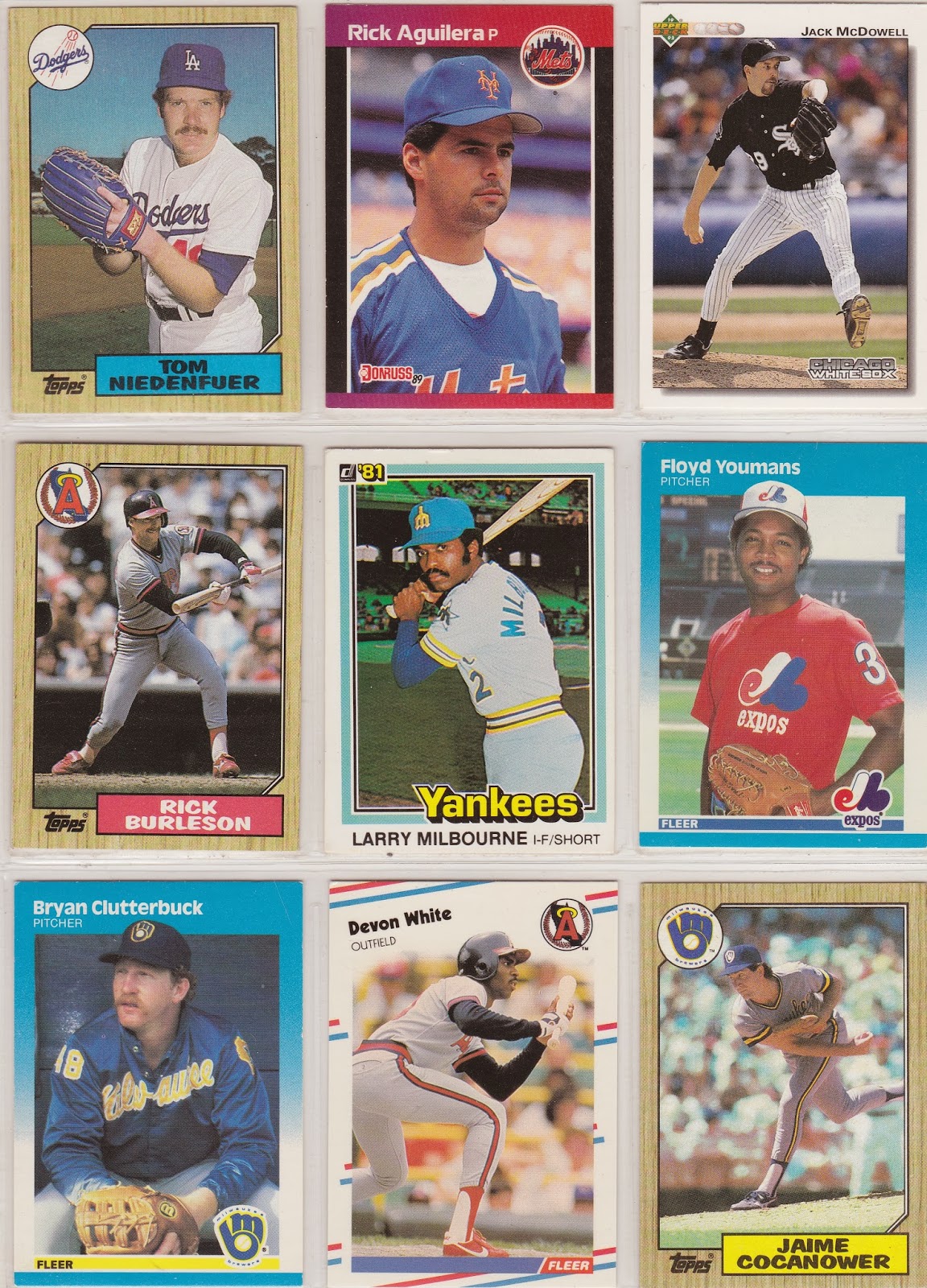 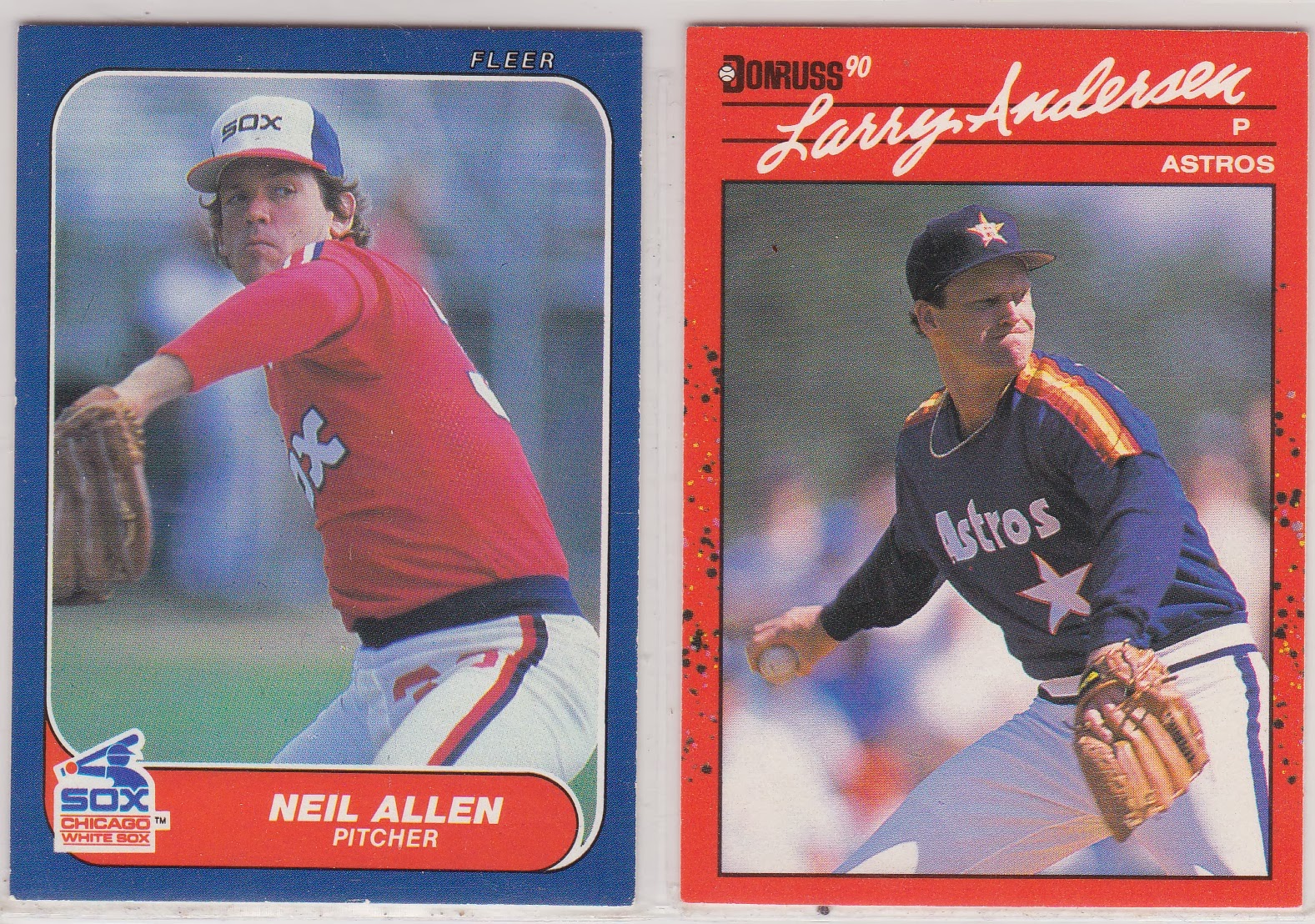 I haven't been buying these as much lately as I've been focusing on working on completing sets rather than just buying random packs of cards. I did like seeing the 1981 Donruss Larry Milbourne and the '87 Fleer cards. I've still got a ways to go to complete both sets. Ditto for the '84 Donruss, so it was cool to see the Scott Ulger card.