I had planned to get back into collecting hockey cards this winter, but so far it hasn't really materialized. I did however get a couple of packs of Upper Deck a little bit ago.

I have not followed hockey much or bought many hockey cards since the 90's, so it's almost like buying minor league baseball cards for me. I don't recognize anybody. 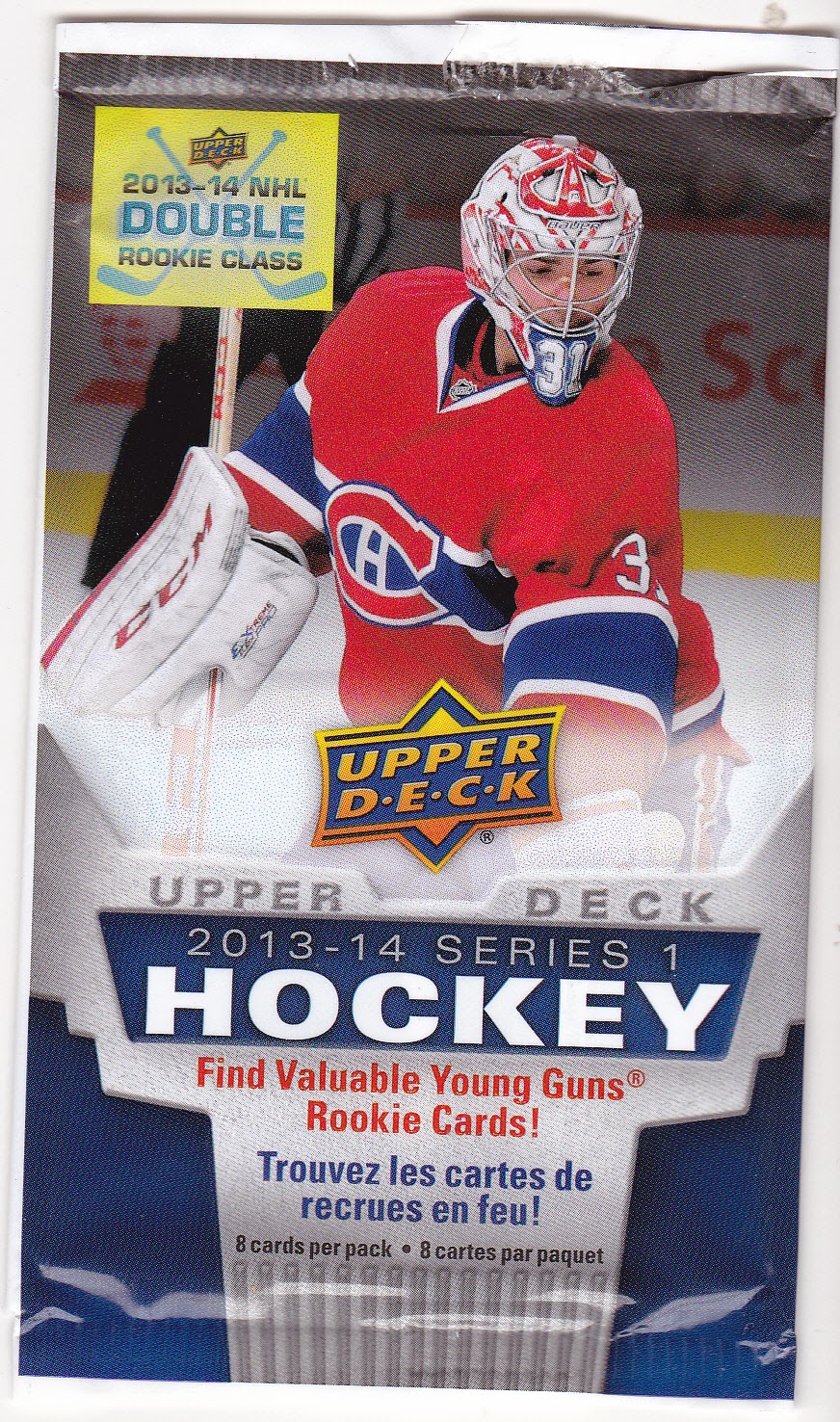 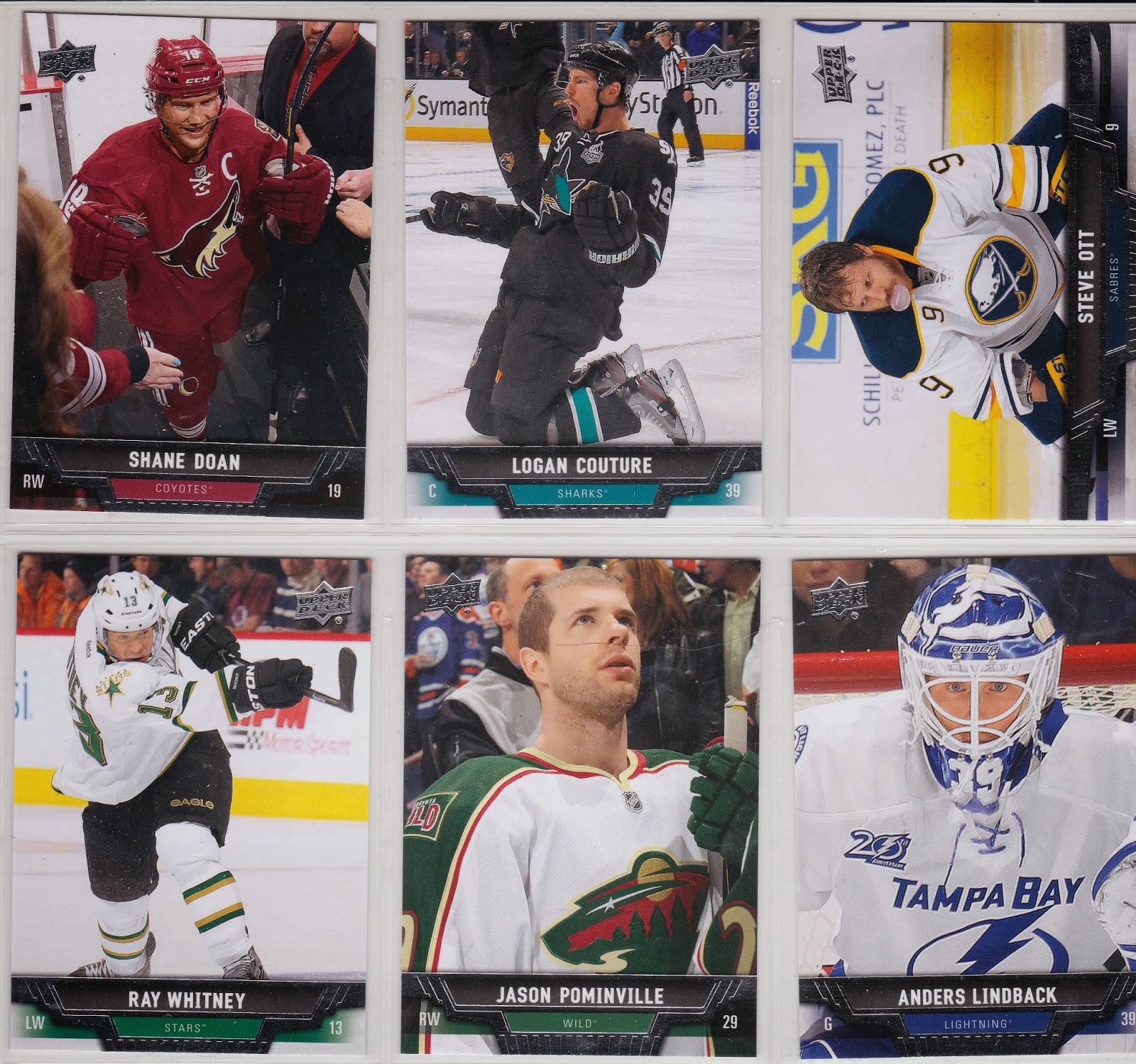 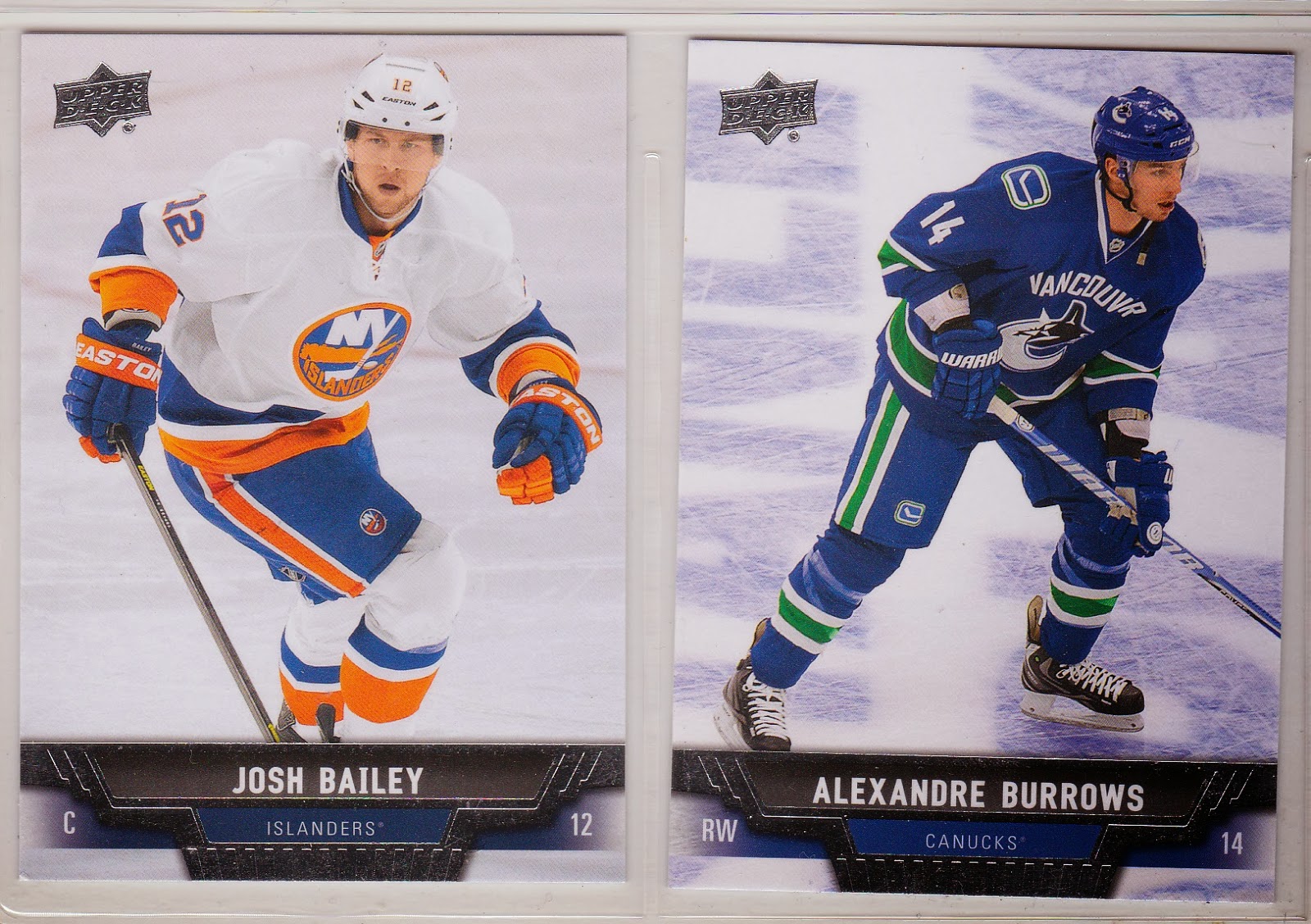 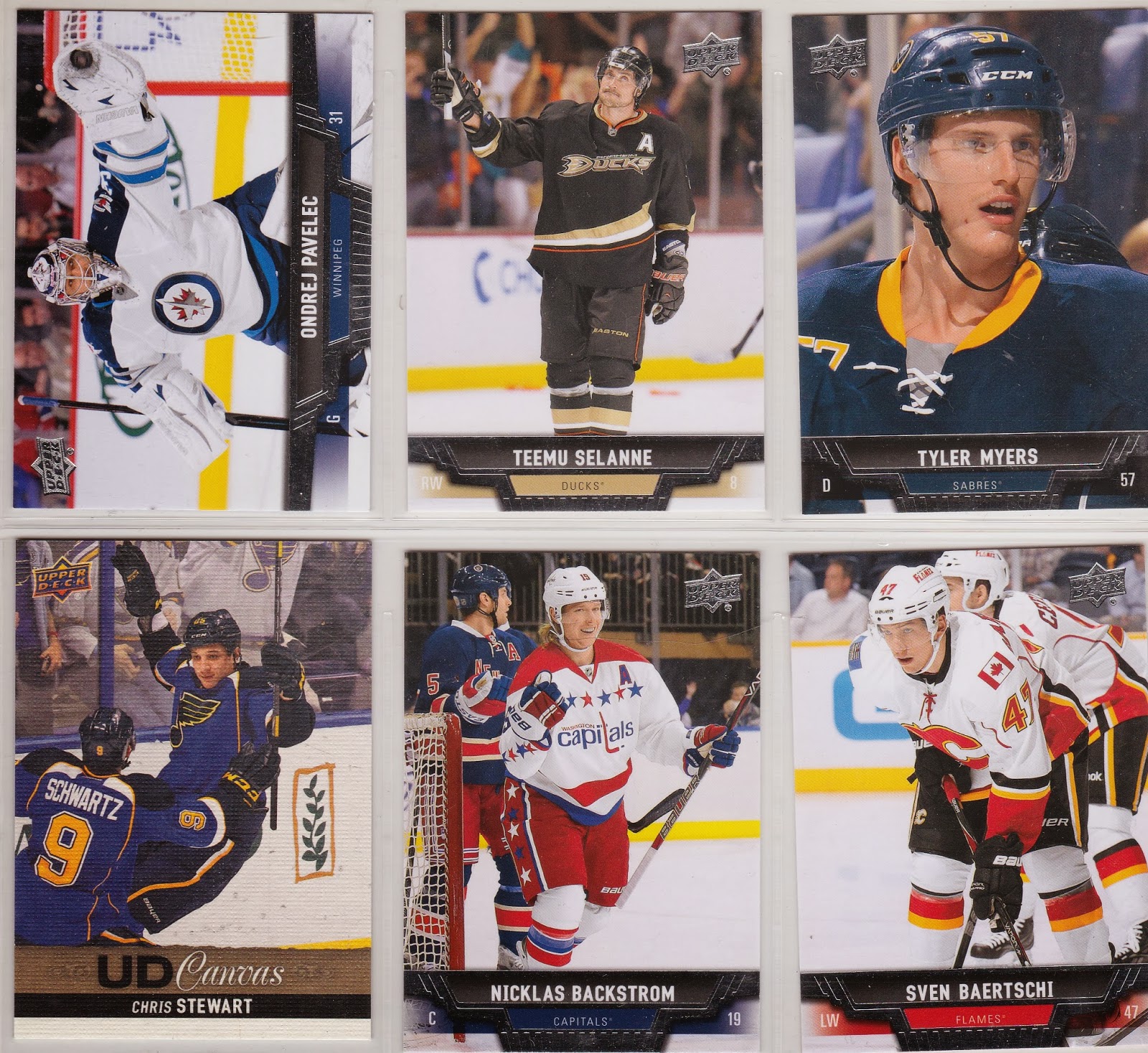 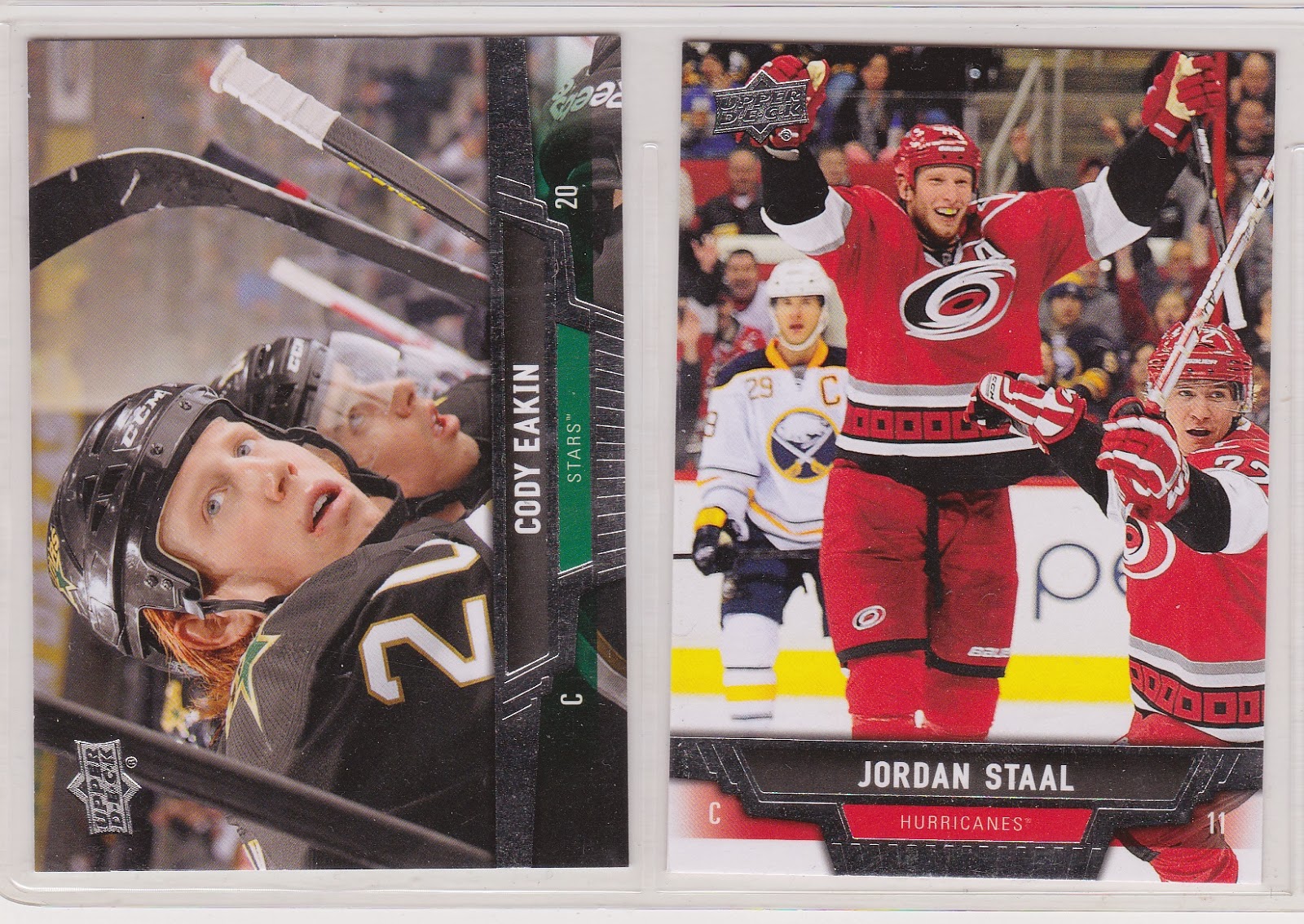 I like this set. Although I'm doesn't look like I'll be getting that much more now that 2014 baseball is out.