This trade post comes courtesy of Shane at Shoebox Legends. He let me know that he collects Red Sox too, so I sent him a bunch as well as some 82 Topps and 93 Flair off of his want lists. I try to be kind of generous if possible when I trade because my dupes are just sitting here taking up space. I certainly do not expect multiple team bags full of cards in return, but that's exactly what I received from Shane.
So protected by some 91 - 92 Pro Set Hockey (which I have a bunch of myself), here's a few examples of the many cards he sent me. 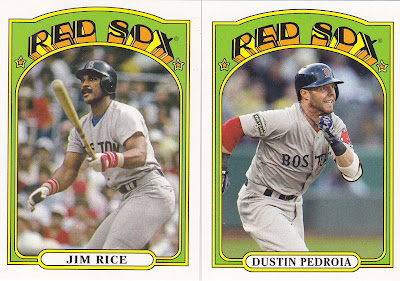 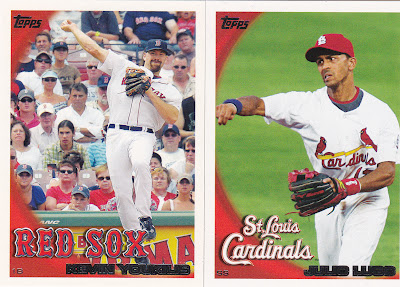 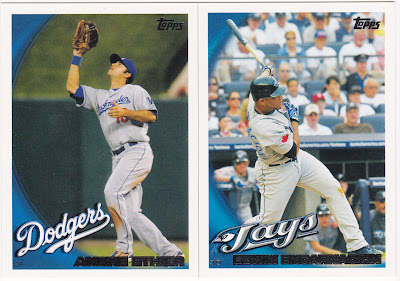 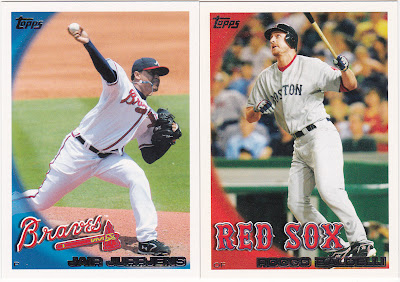 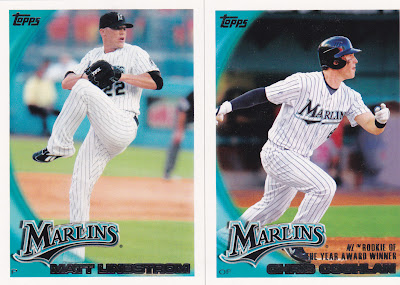 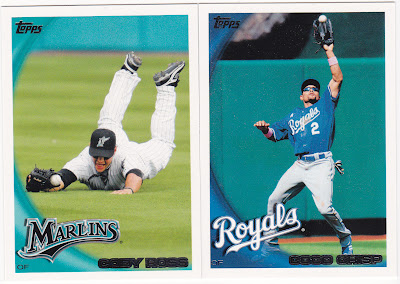 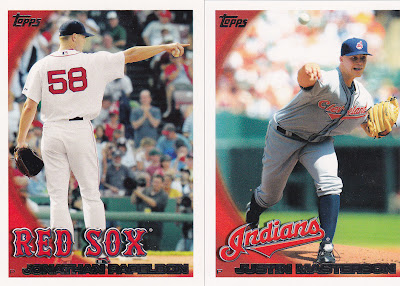 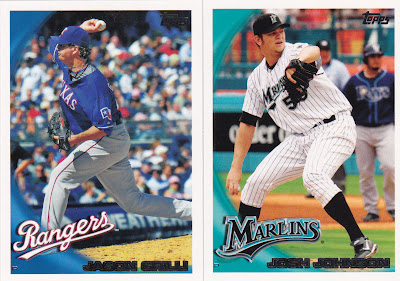 Shane didn't send me just Red Sox. He also sent me a bunch of cards off my want lists, including over 40 cards I needed from 2010 Topps, highlighted by Julio "I'm not a shortstop, but I played one on TV" Lugo. (Sorry, but you don't know how long I've been waiting to use that line.) 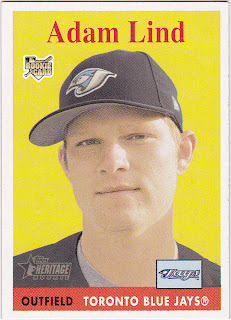 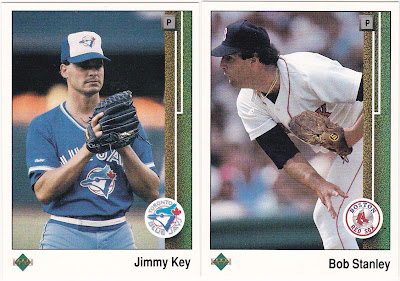 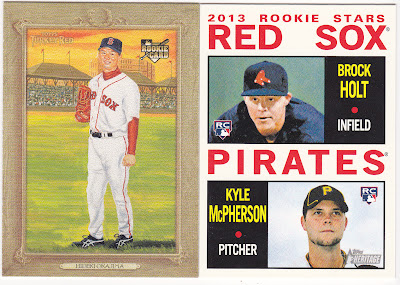 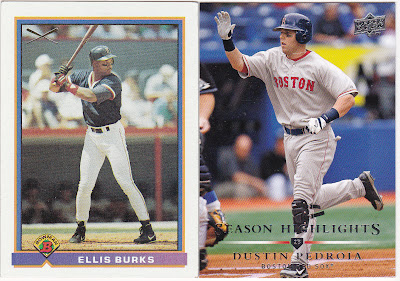 Now here's something extremely generous. Shane told me he was going to send these, so it wasn't a surprise, but I wanted to mention how greatly appreciated this was.

He sent me the Red Sox high numbers from 2012 Topps Heritage. 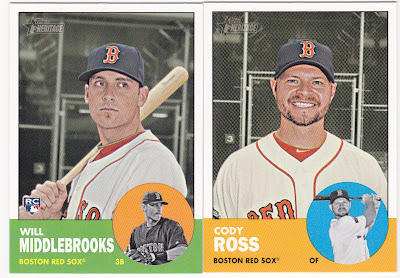 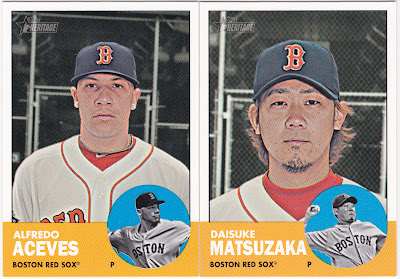 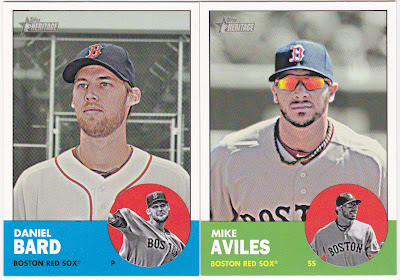 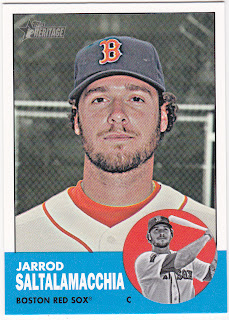 I probably would have had to pay a couple bucks a piece for these, probably more for the Middlebrooks RC, but thanks to Shane, it's been taken care of. 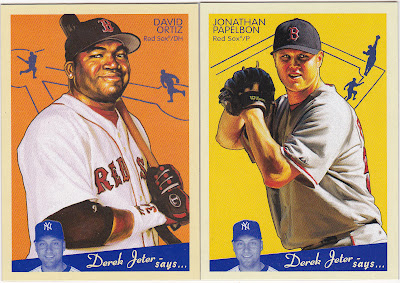 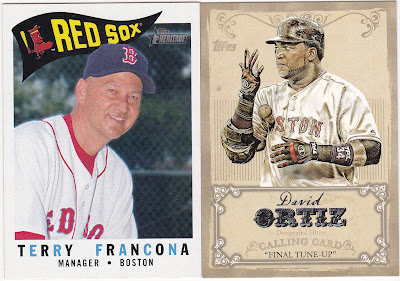 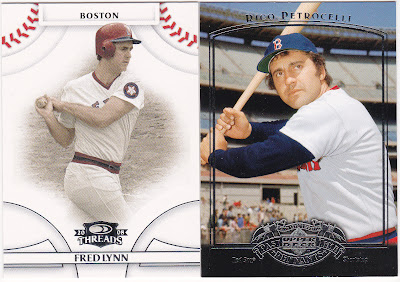 The Fred Lynn is from the 2008 Donruss Threads set from which I have a few of, but I didn't have the Lynn.
I've never seen the Petrocelli before. It looks like it's from a set from 2005 Upper Deck called "Past Time Pennants". I like this card because it features the 70's Red Sox uniforms which are my favorites. I would love to see a the current Red Sox wear these uniforms in a game. 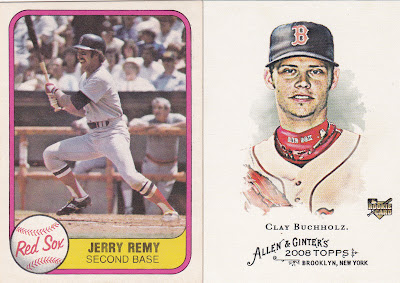 Finally, a 1981 Fleer Jerry Remy and a 2008 Topps Allen & Ginter Clay Buchholz. I know I didn't have the Remy, but I'm not sure if I had the Buchholz already. Irregardless, this was all quite enjoyable to look through.
Thank you very much Shane, and I'm looking forward to doing this again!
Posted by Swing And A Pop-up at 10:38 AM