Last Friday my wife and I spent the day up in Northern New Hampshire. Her mémère is buried in Gorham, NH and a couple of times a year, we go up there to visit her grave and my wife decorates her headstone. After we do this we go to North Conway and spend the rest of the day there going to all the small shops and country stores we have time for. 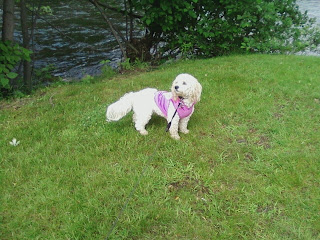 Yes, we brought the dog. 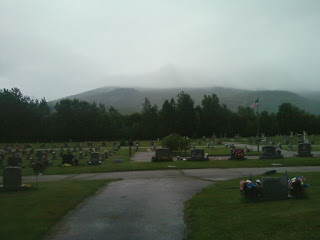 It really is beautiful up there, but in this picture you can't tell because it is......ahem....raining. When we went last summer it was 100 degrees and sunny. This time is was somewhere around 60 and crappy. But even though the weather did not cooperate this time, we still enjoyed the day.

So why am I telling you all of this?

There happens to be a small card shop in North Conway. It's actually mostly comic books and video games with a smattering of cards. And like most small card shops, the prices are way too high to really justify me buying anything. But off in the corner, there is an open monster box where they have.... 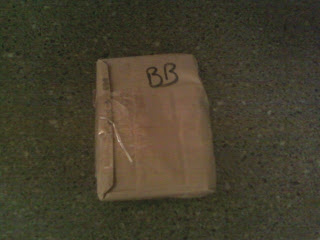 We stop at this shop everytime we head up that way and I buy a few of these. They are a dollar a piece and I ended up buying five of them this time, because the last time we went there was a lot of good cards in them.

I was going to post the contents of all five, but instead I'm only going to show one of them. The reason is that they were all the same. Not the same cards, but the same order. The last 3 cards of each one were 1990 Donruss, the few before that were 1987 Topps, etc. It was like he had eight or so piles and just picked a few from each one. So that was disappointing right off the bat. I like a little variety in my repacks, homemade or not.

So here's what they had to offer: 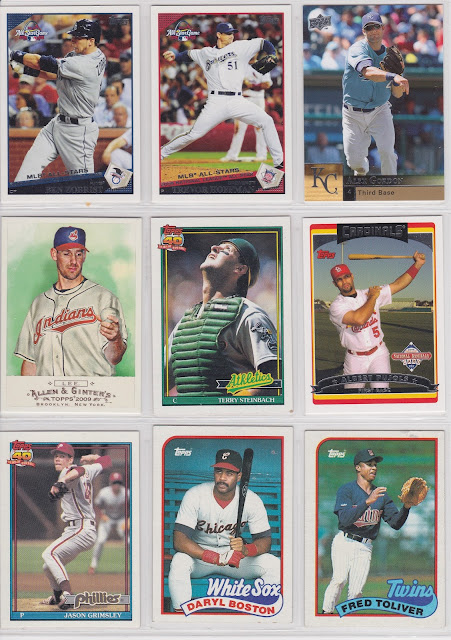 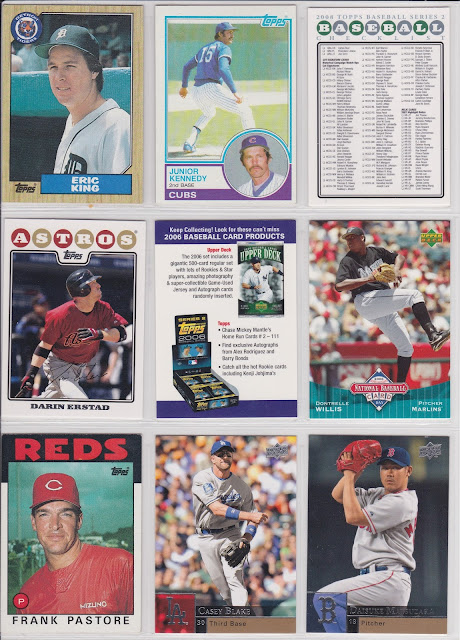 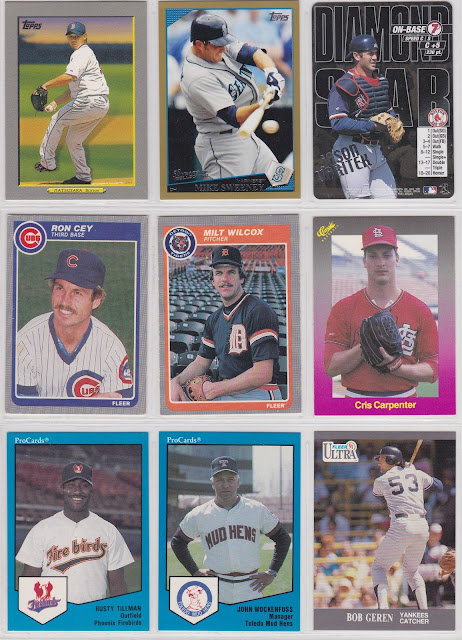 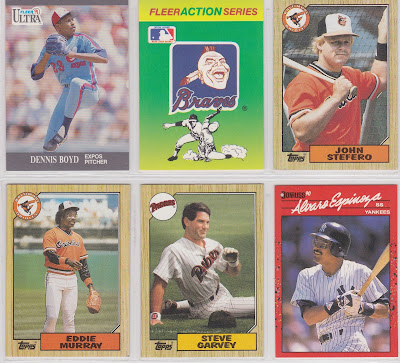 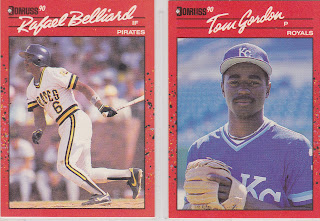 Each of the five packs had the Jason Varitek card and the National Baseball Card Day Advertisement. I also got a 1990 Fleer Team sticker in each as well. So not so much fun this time.

I'm sure I need a couple of these (probably the '85 Fleer and 2009 Upper Deck), but overall a ringing disappointment.

I also bought this overpriced card. 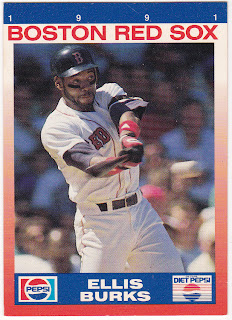 It was a dollar, but I'm sure I'd find it for a dime or a quarter at a card show (if I could find one there). All of the Red Sox I saw were at least a dollar, even cards from the junk was era. Eeewwww.

We'll be going up there again in the winter, so hopefully my luck will be better next time.
Posted by Swing And A Pop-up at 6:05 PM