Earlier this month, Matt over at Red Cardboard posted a bunch of cards that he was offering up for trade. Immediately I went to the Red Sox part of the post and kindly asked (at least I think I asked kindly) if a select few were available. I picked out a few Reds for him that I hoped would be acceptable in return, which was a lot harder than I thought. Apparently the Reds are a team that I am rather thin on if you're not looking for base cards. Although it's not officially a trade yet (because I just mailed his cards out today), here is what he generously sent me. 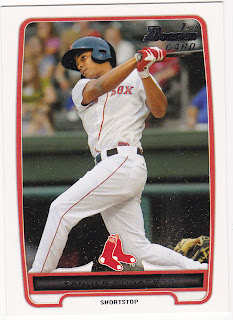 2012 Bowman Prospects Xander Bogaerts. This is going to get interesting in a year or two. You can't keep Middlebrooks, Iglesias and Bogaerts, so somebody is going to have to go. Last year the consensus was Iglesias. Now I'm not so sure. 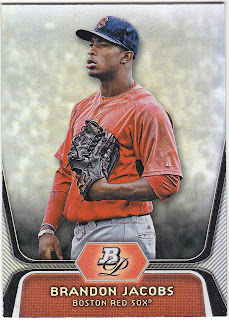 2012 Bowman Platinum Prospects Brandon Jacobs. Since I asked for this card, he has been traded to the White Sox for Matt Thornton. I haven't paid any attention to anybody's opinion about the trade, but I'm not really thrilled with it. 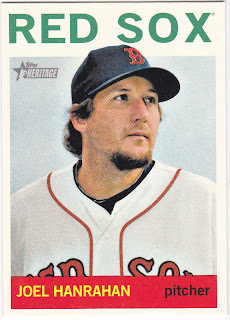 2013 Topps Heritage Joel Hanrahan. Out for the season, and probably done with the Red Sox. 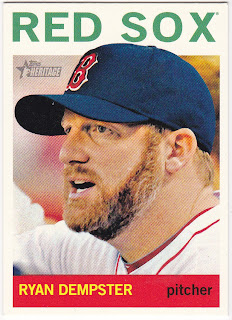 Finally, the card that most sparked my interest, simply because I did not have a Ryan Dempster card in a Sox uniform. It's kind of hard to tell if it is airbrushed or not, but it doesn't matter to me either way.

Thanks Matt for the trade!