Cards From The Binder (Chapter 6)

A lot of bloggers seem to be "binder guys". Not me. However, my collection is not completely void of binders. I do have a few, and these posts give you some insight into what I deem "binderworthy."


Authors note: There is no criteria to a card being "binderworthy" other than I didn't know what the hell else to do with it. 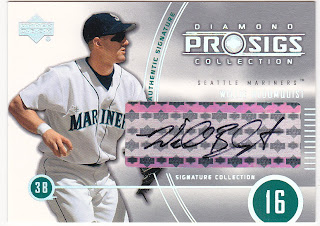 I've mentioned before that my luck in pulling autographs from packs is pretty dismal. I would say about 99.9% of the time that I've pulled an autograph out of a pack of cards is because I bought a box that said "One guaranteed autograph per box" or something like that. Like a box of 2004 Upper Deck ProSigs.

And I always get future Hall-Of-Famers like Willie Bloomquist. A win-win!

I actually quite despise the term "win-win", but since I'm using it sarcastically, it fits.

These next few cards fall under the "For the life of me, I cannot remember where I got these from" file. 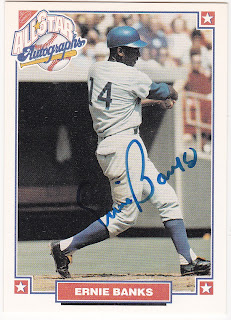 This is a 1993 Nabisco All-Star Autographs Ernie Banks. Researching this on the internet, I found this bit of information on the Beckett website.

"Available by sending two proofs of purchase from specially marked Nabisco packages and 5.00, each card features an autographed color action photo of a former star on its front and comes in a special card holder along with a certificate of authenticity. Don Drysdale tragically passed away between his signing the cards and the beginning of the promotion. Nabisco honored all requests until they ran out of cards on Drysdale. The cards are unnumbered and are checklisted in alphabetical order."

I definitely did not send away for these as they were given to me, but I can't remember by who. A (very) quick search of ebay found this card going for $20. I don't have the "special card holder", though for any of these. 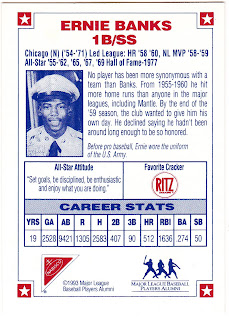 Here is the back of the card. 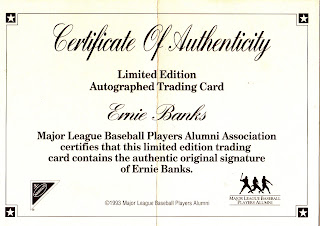 Here is the COA. 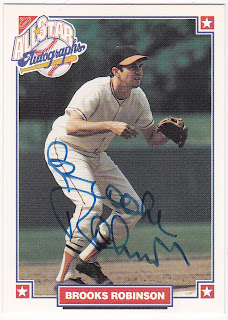 I also have Brooks Robinson, 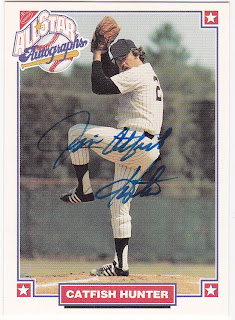 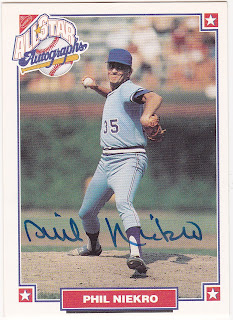 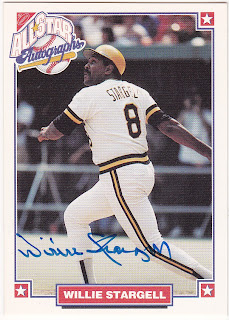 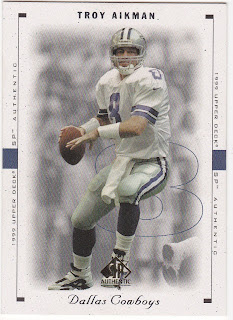 The last card in this post has nothing to do with the Nabisco autos. This is a promo card (remember when those were the rage?), that is for 1999 Upper Deck SP Authentic. I probably got it from the inside of a Tuff Stuff magazine back in the day. It seemed every sportscard magazine I bought back then had some type of a promo card inside it.
Posted by Swing And A Pop-up at 5:05 PM