Another Good Day At The Card Show (Part II)

At the conclusion of my last post, our "hero" (me) was furiously going through stacks and stacks of cards looking for oddballs. One of the things that this dealer had for the first time was box bottoms from boxes of Topps junk wax. 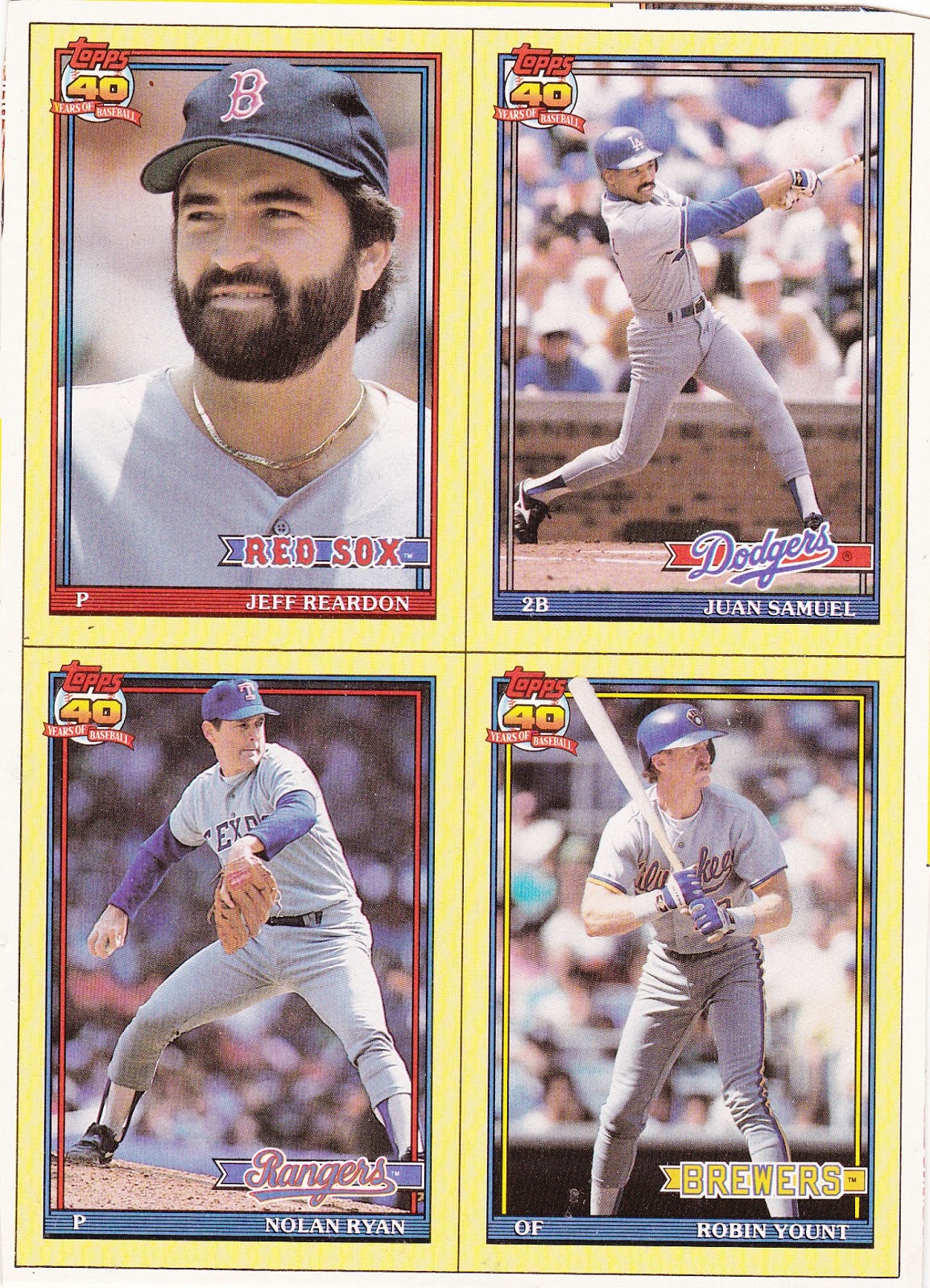 I only bought this one, but now that I think of it I probably should have bought them all. They were only a dime a piece and I see some of these cards on wantlists now and then. I bought two of these, so I have dupes of all four of these cards in case somebody out there needs these. 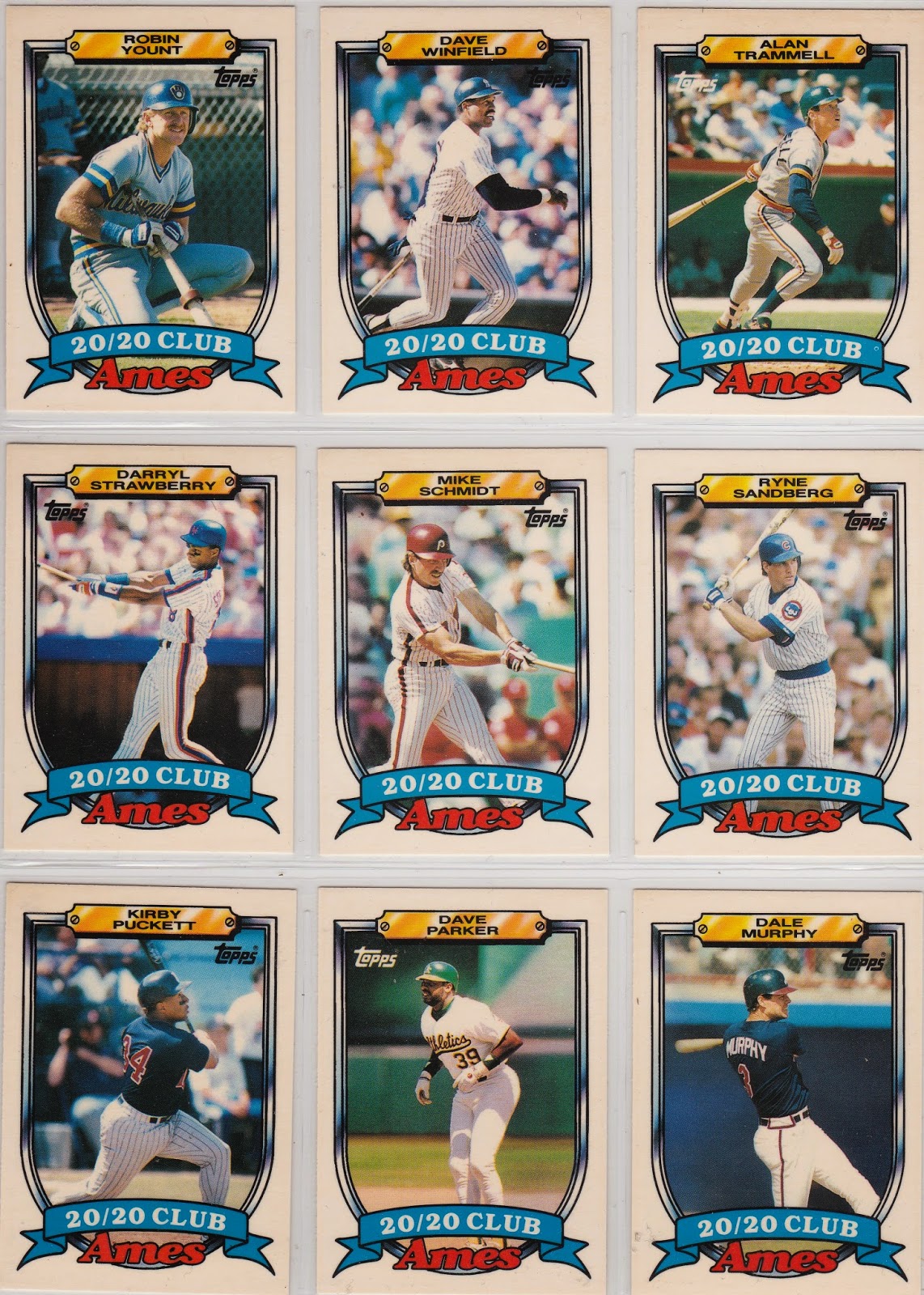 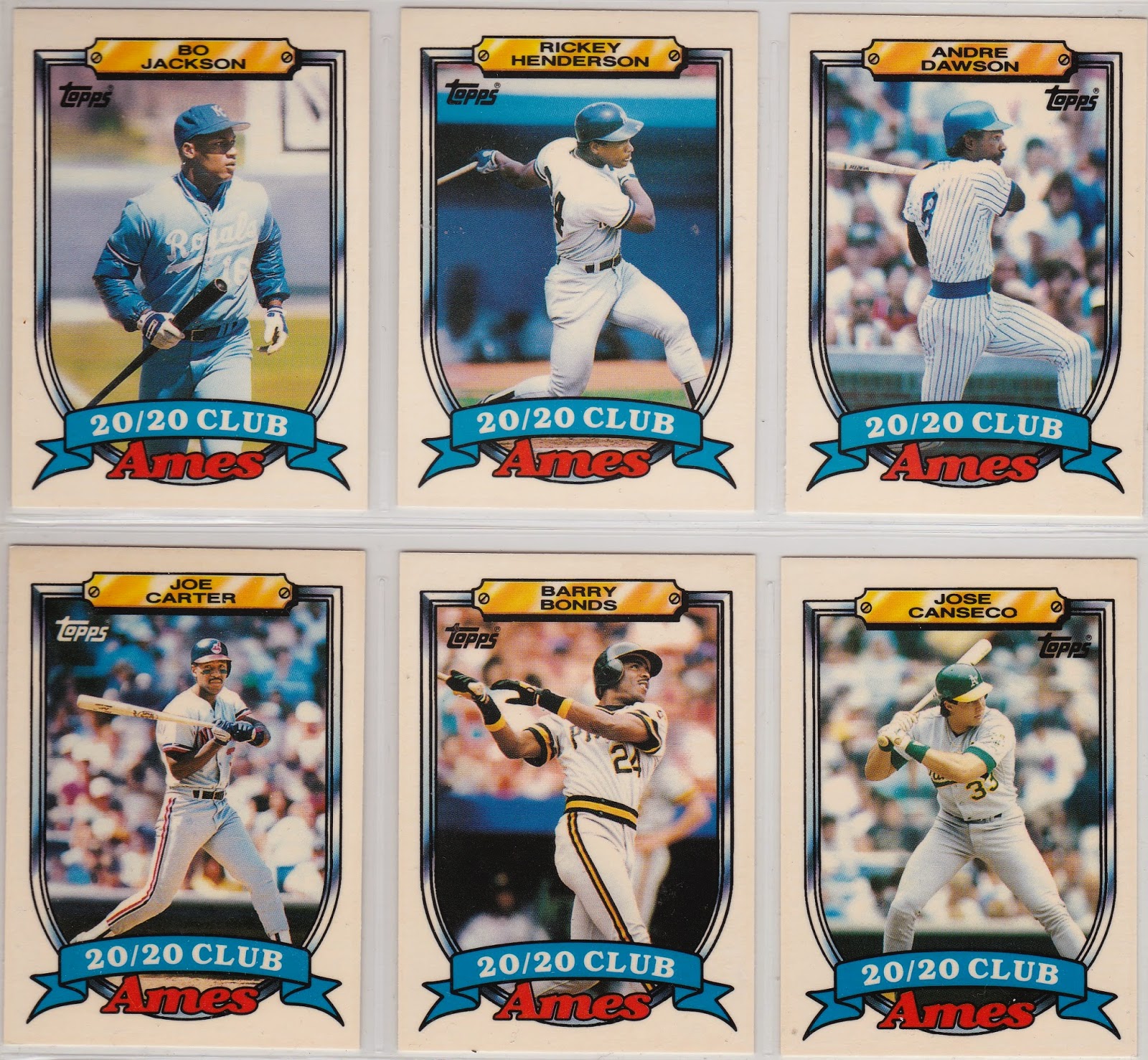 The thing about oddballs is, because I'm still slowly but surely trying to get organized, I don't know if I already have these or not.

Did you have an Ames in your area? I did, but I don't remember these cards. You can probably guess that the 20/20 club were players that had at least 20 homeruns and 20 stolen bases. This is the 1989 thirty-three card set which you could find at Ames... but apparently not if you were there with me. 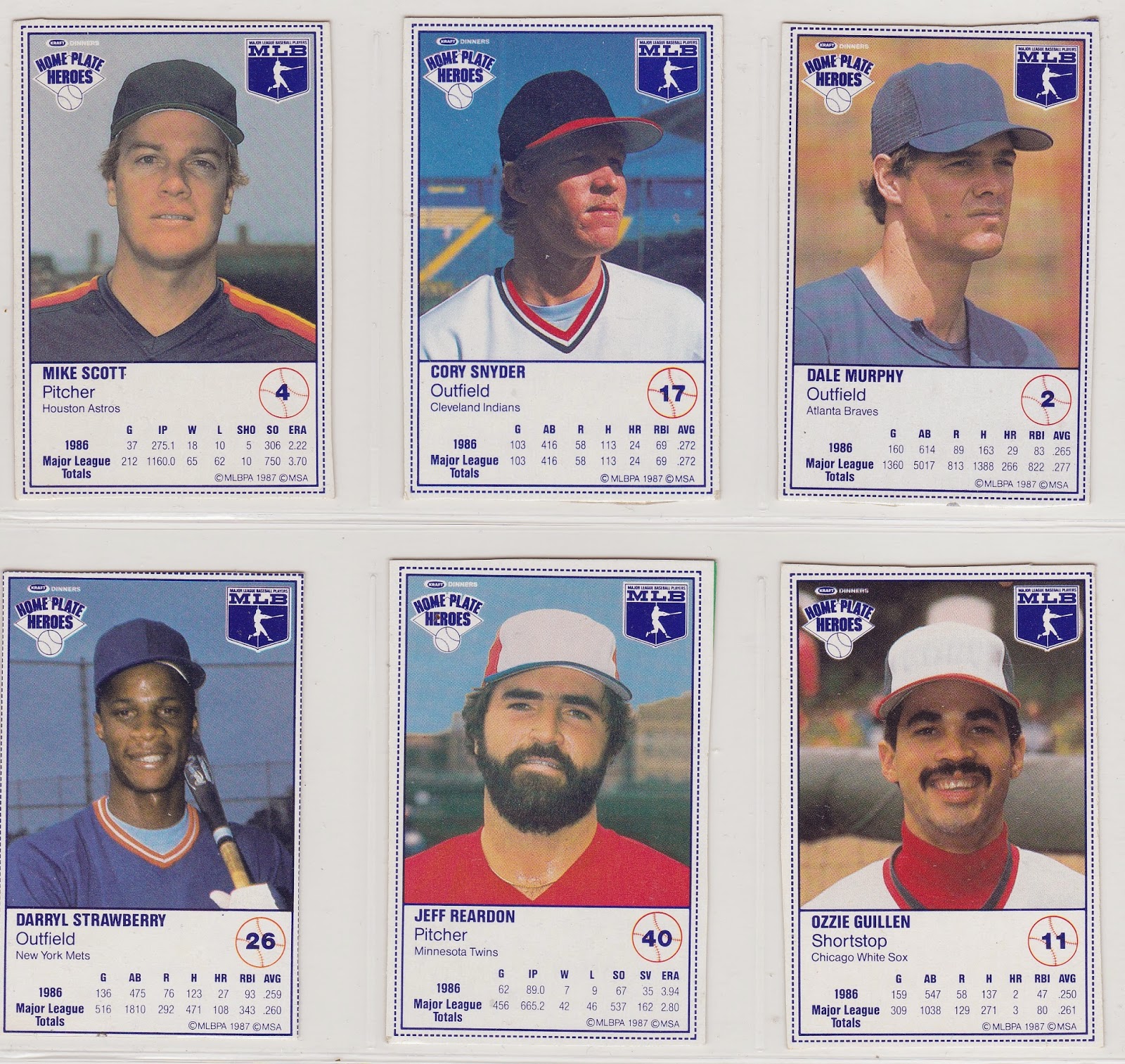 I also picked up six more cards from the 1987 Kraft Home Plate Heroes set. This forty-eight card set could be completed by buying a lot of Kraft Macaroni and Cheese...or just by waiting 28 years and buying them at a card show for a dime a piece. 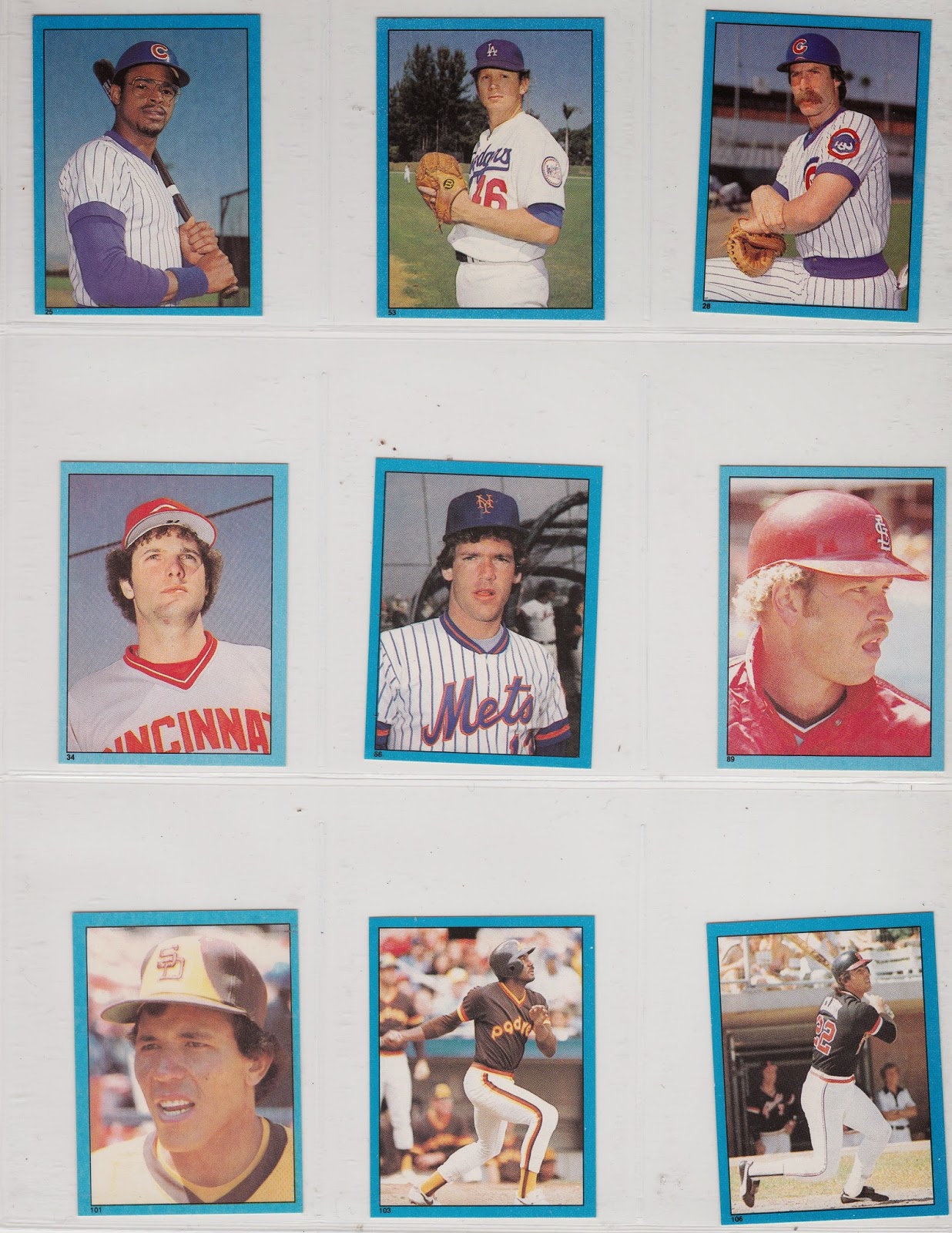 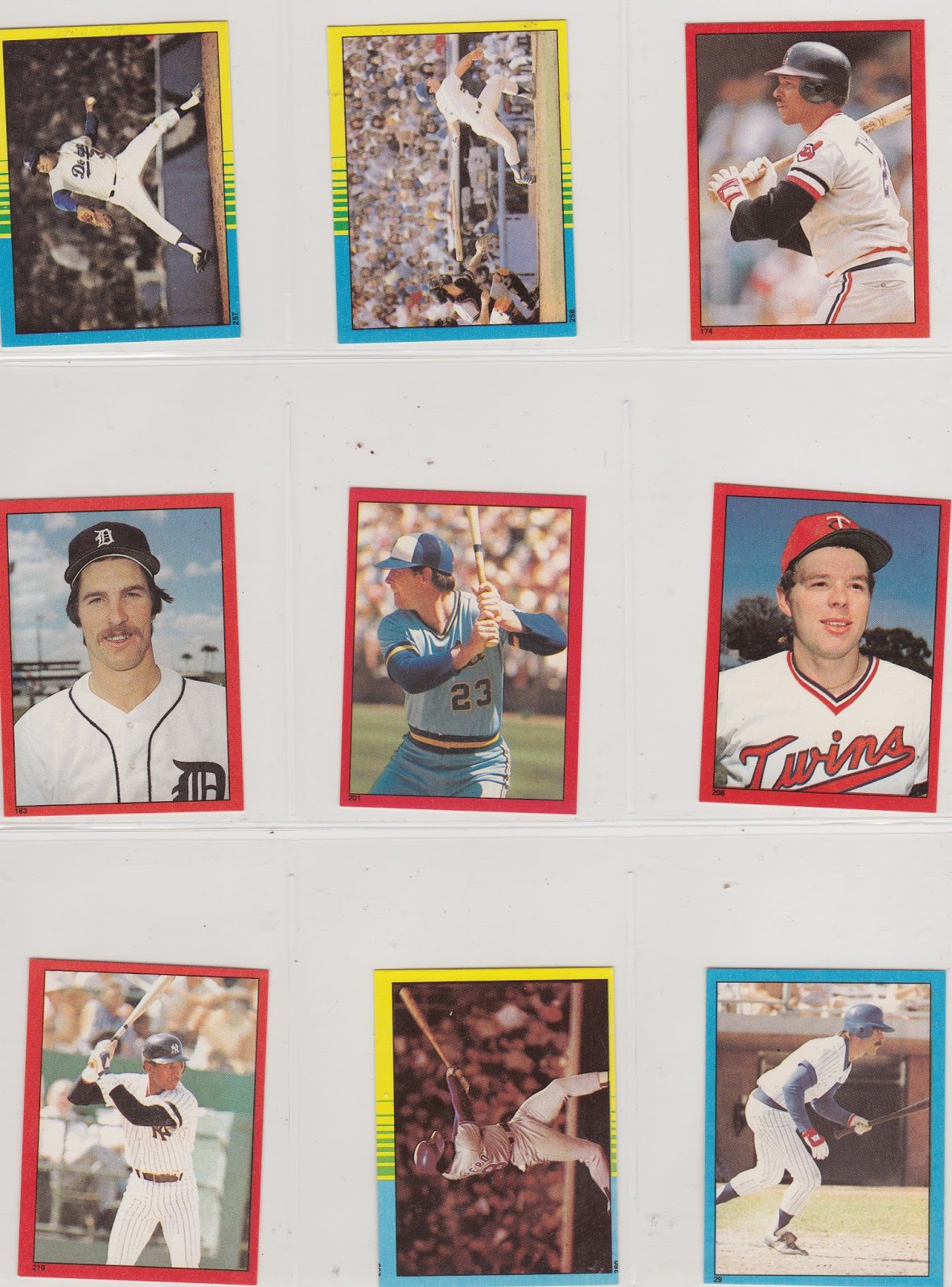 He also had some of the 1982 Topps stickers. 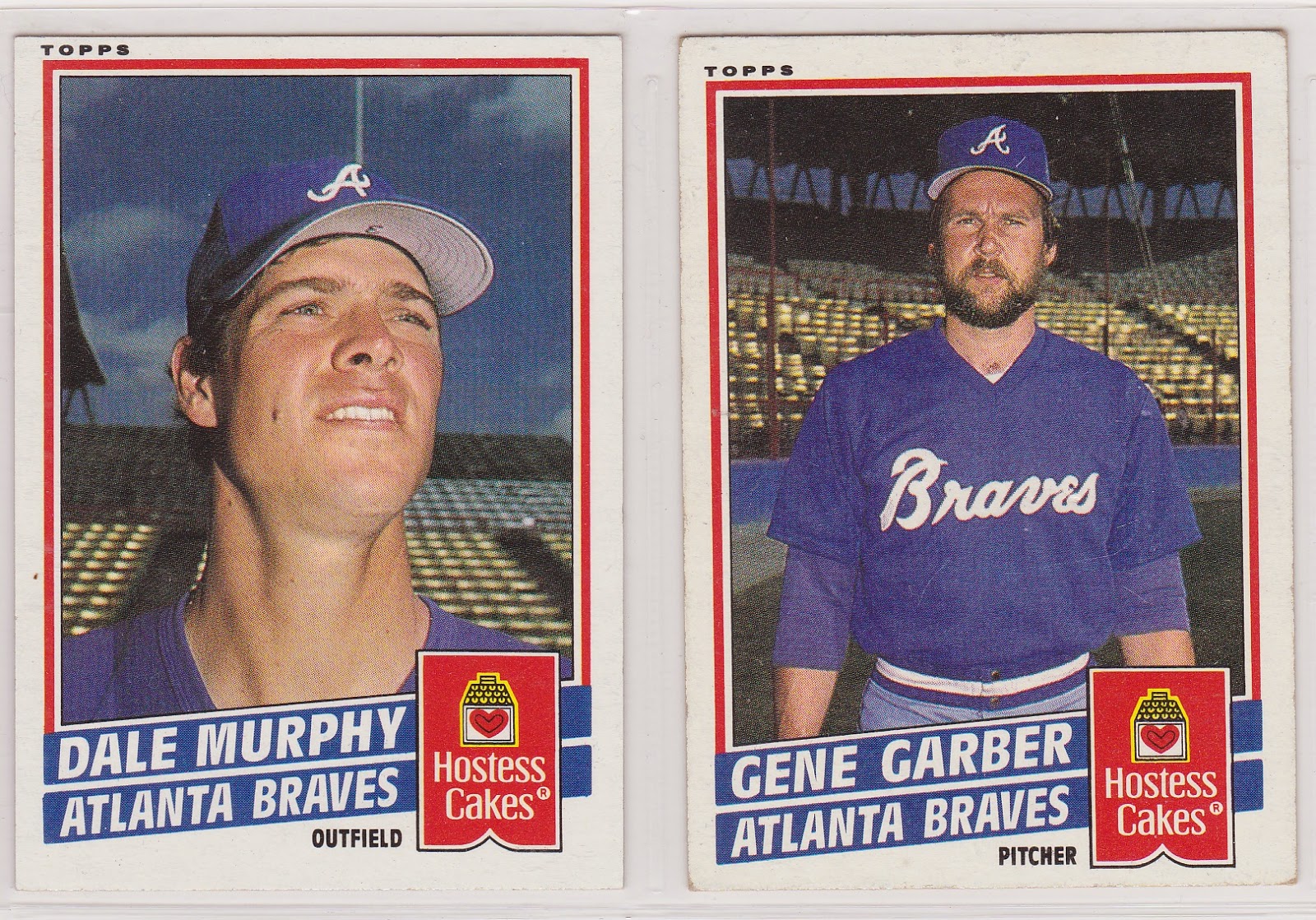 In 1985 Topps released a twenty-two card set of the Atlanta Braves. The cards were only available in the southern part of the United States and there were three cards in each specially marked package of Hostess snack cakes.

I've got a few cards left and I'm going to save them for the next post!
Posted by Swing And A Pop-up at 6:21 PM