Here Is The Winner!

Last week I had a contest. I was going to award a hanging pack of cards to whoever could guess all nine players that were featured in the pocket page of 1982 Topps Stickers that I won from Listia a while back. If more than one person got them all right, then I would run all the names through random.org.

So Mark Hoyle was first, so he wins a hanging pack of cards of his choice (from what's available in my area).

Three other bloggers were able to correctly identify all nine players; Arpsmith, Night Owl and Tony L (although technically it was Steve McCatty, not Scott). But it's my contest, and if I want to let that slide, I can.

I put all four names into the randomizer and got this result. 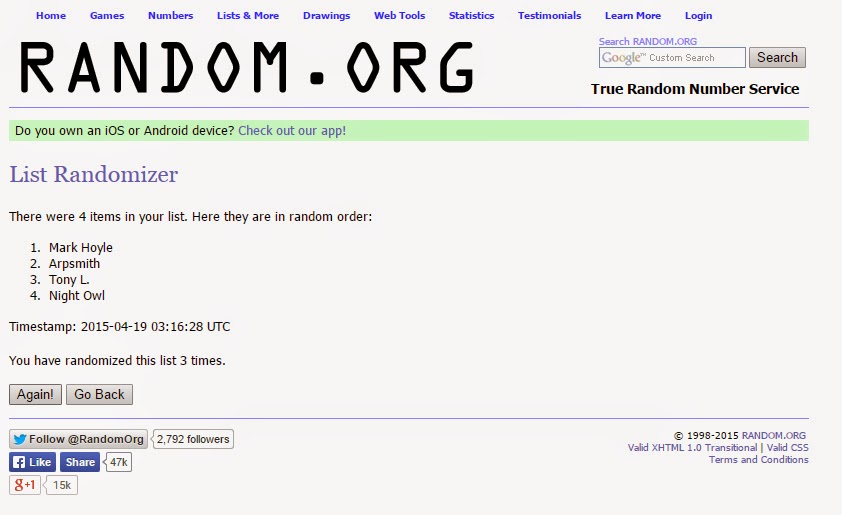 Mark, I'll send you an email letting you know what's available up this way.