I don't know how much of this you've heard about in the news lately, but there is a grocery chain called Demoulas which has been teaching the world how not to run a business. I won't go into the details, but there are Demoulas all over my area, and this was where I used to grocery shop. They had the best prices, and even if the place was mobbed, you could get out very quickly.

This is the exact opposite of Wal-Mart, which is where I have to grocery shop now. Even if you are only getting a gallon of milk (which is two-and-a-half miles from the front door), pencil in about a half-hour into your schedule. There are two other alternatives in my area;

Shaw's - akin to shopping at the airport. Do they know how much this stuff costs everywhere else?

There are four brick-and-mortar places that I can buy cards;

LCS. There are two within driving distance. I generally only buy monster boxes of commons and supplies. Packs are usually too expensive for me.

Target. Where I buy most of my other cards.

Wal-Mart. I used to buy more from here in the past, but the selection has deteriorated to the point that it's not even worth going to anymore.

So a couple of weeks ago, I needed to go grocery shopping.

This sucks. But at least if I take option 1, there is a chance I can pick up some cards.

Ed. note - Target does not carry beer, so they are not considered an option.

Other than Topps 2014 Series 2 (which I passed on), the only thing I was interested in was the repack boxes found on the bottom shelf. They are $19.99 and lately have had some real good stuff in them. They will usually have ten or so regular packs and four or five "fat" packs and most offerings will be from the previous year. To me, they are definitely worth the money as I seem to do pretty well with these.

One of the packs was a fat pack of 2013 Topps Update. I didn't buy a lot of this, so I knew I wouldn't get very many dupes. If you are a Dodger fan, please hold your applause until the performance is over. 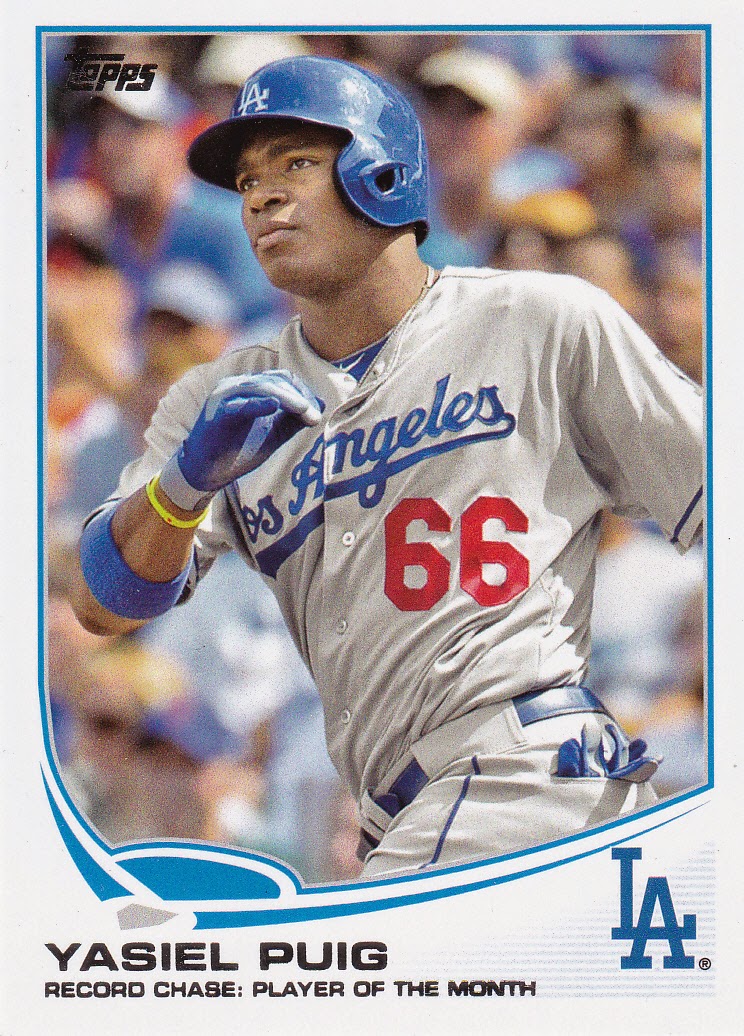 First I got one of his three base cards. 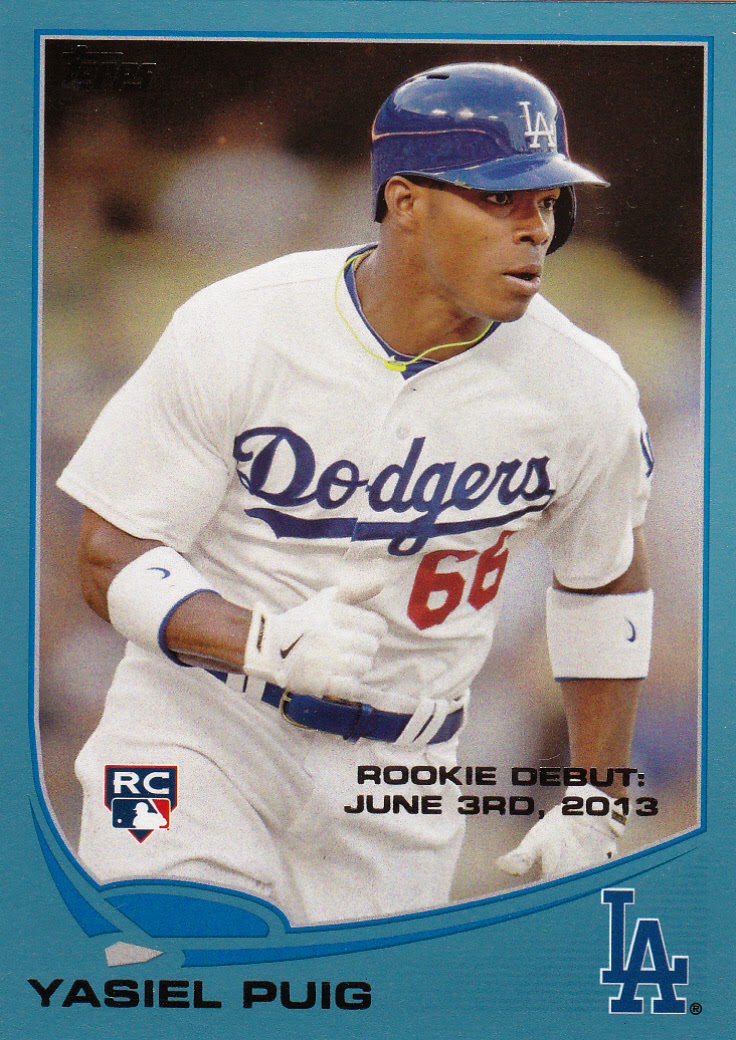 Then I got the Wal-Mart version of another one of his Update base cards. 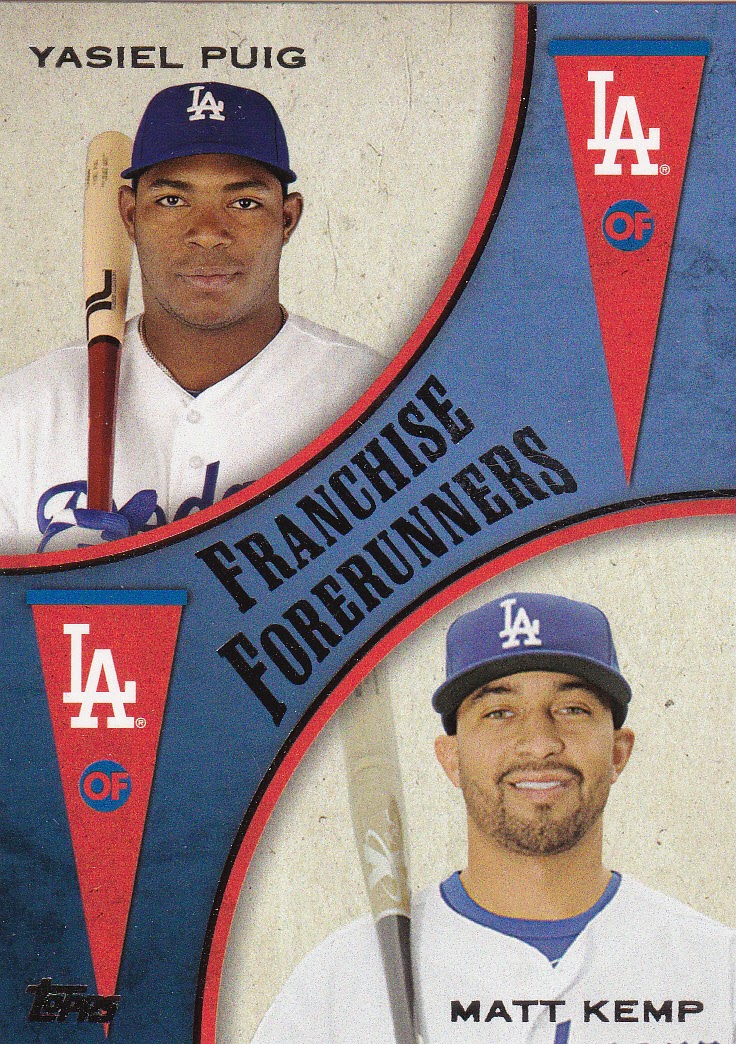 Since things always happen in threes, one of the inserts carried his mug as well.

If you though that was exciting... 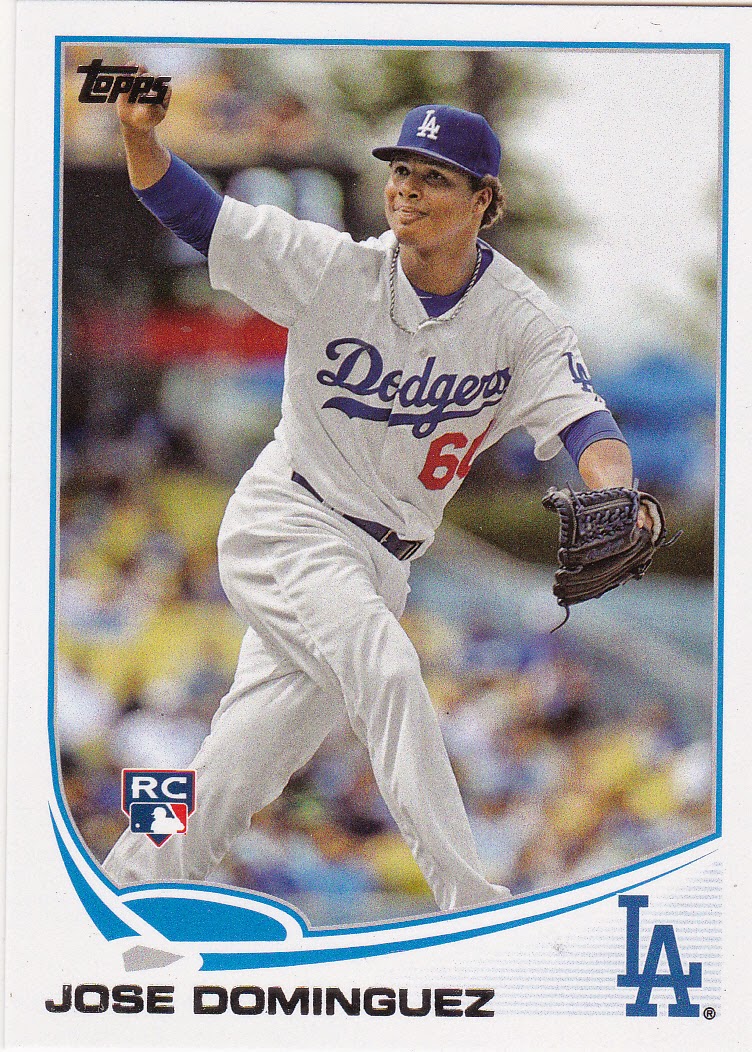 I have no idea who this player is, but the back of the card says there are a lot of Pedro Martinez comparisons attributed to him.

So I guess this means he'll be traded for Delino Deshields Jr. and eventually end up in a Red Sox uniform. 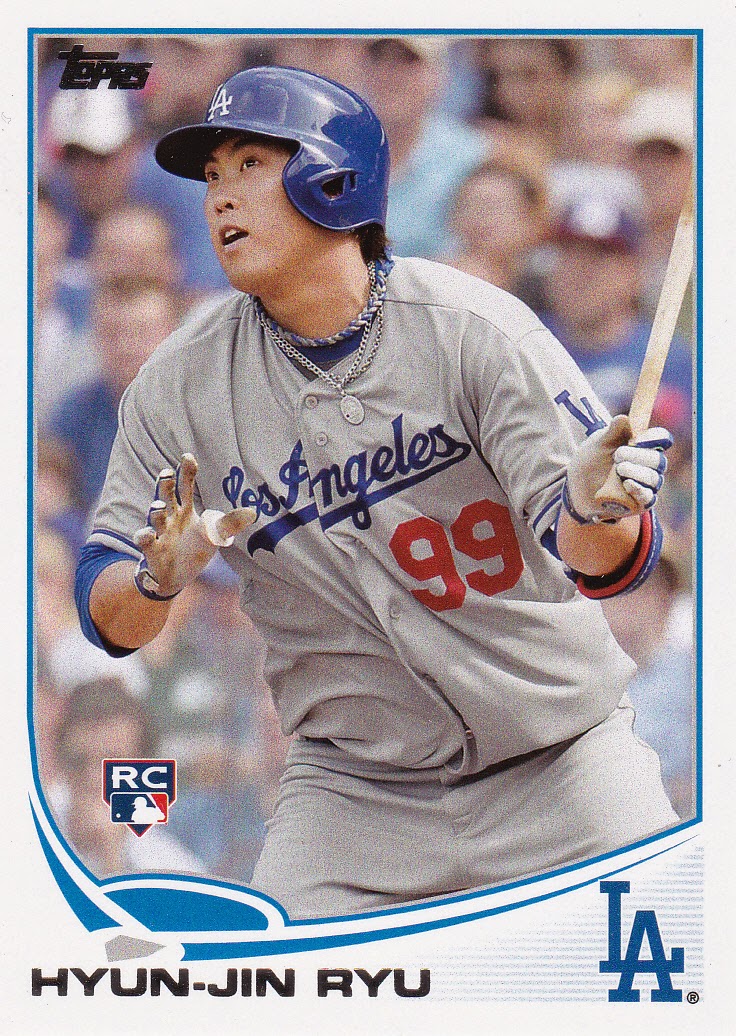 My first reaction was "Another Dodger. Wonderful." But when I flipped it over I realized it was card 661. Now remembering the many versions of the 2010 Stephen Strasburg, I looked through my copy of Beckett (yes I have a subscription, yes I know everybody hates it, yes I know the prices are extremely inflated), and just as I thought, there are variations of this card.

The base card was listed for about $2.50, which was what I automatically assumed I had. So while I was putting the pack in numerical order, I looked at the front of the card again.

"Wasn't him batting one of the variations?" I thought to myself. So I looked again at the aforementioned book that everybody hates, and it is one of the short prints and surprisingly this "books" at $60. More surprisingly is that I couldn't find one on Ebay to see what people are really paying for it. So maybe there aren't a lot of these out there?

Since I rarely pull variations of base cards, this alone made the trip to Wal-Mart worth it.

But grocery shopping there still sucks.