These cards were made by Topps, but they were issued by Woolworth's in 1986 as a 33-card boxed set, and somehow a stray Reggie Jackson landed in the immensely unorganized Swing And A Pop-Up collection.

There was a Woolworth's in my town back in 1986, but I was too focused with counting the days left until I got out of high school (which seemed to take forever) to notice any cards begging for my attention. I'm convinced we are on "Nintendo" time when we get older because four years seem to go by an awful lot faster now than it did back in the 80's.

I don't remember if my mom ever took me school shopping at Woolworth's, but I do remember having to wear the Sears "Toughskins" pants when I was in elementary school. They fit pretty good at the beginning of the year, but unless mom bought reinforcements for Christmas, you would spend the spring "waiting for a flood". Good times. 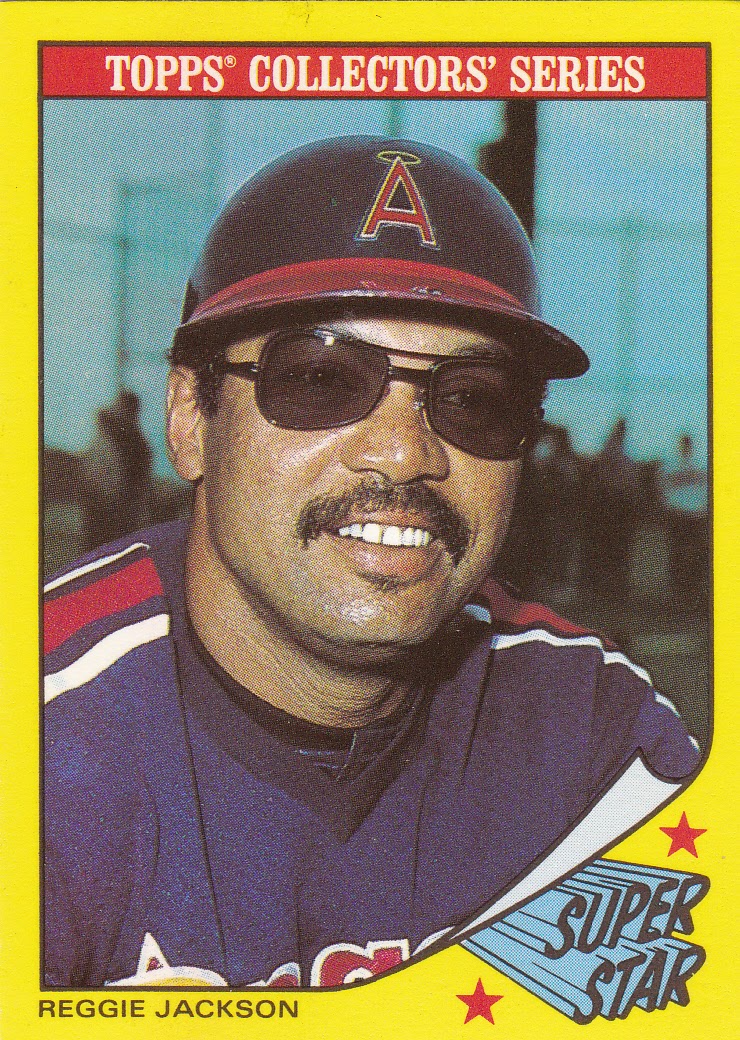 The cards are standard sized with a glossy feel, and consists of  players that have held hitting, home run or RBI titles. You can tell that this set was marketed towards kids with the "school bus" yellow border and "state-of-the-art" graphics. 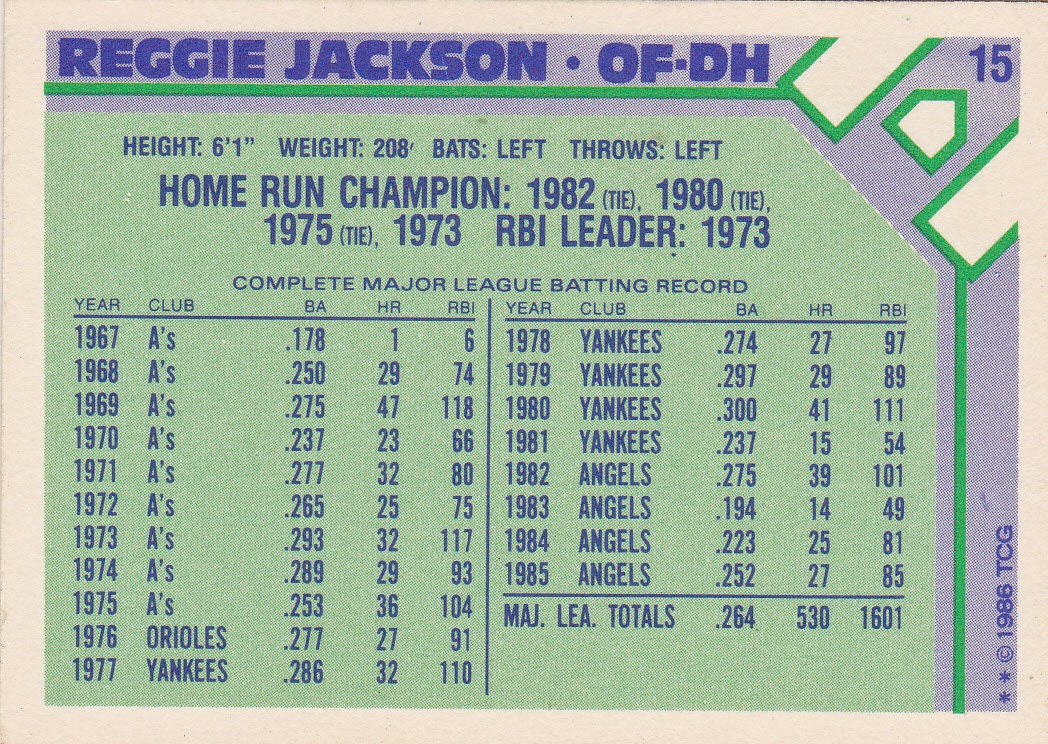 Relevant stats are on the back, as well as the list of hitting, home run or RBI titles that the player won (or in some cases, tied.) I also just noticed the plate, batter boxes and baselines as I was typing this.

The checklist was in alphabetical order and has a good selection of current (at the time) and past Red Sox players.