The Red Sox lost again tonight. They couldn't get anything together on offense. Surprise, surprise.

Jon Lester has been scratched from his start tomorrow night, so all circuits point to him being traded before the deadline. The team most likely to obtain him is now Pittsburgh, according to the "experts".

Let's move onto other happenings. Since the Red Sox aren't making me happy, how about some Red Sox cards? 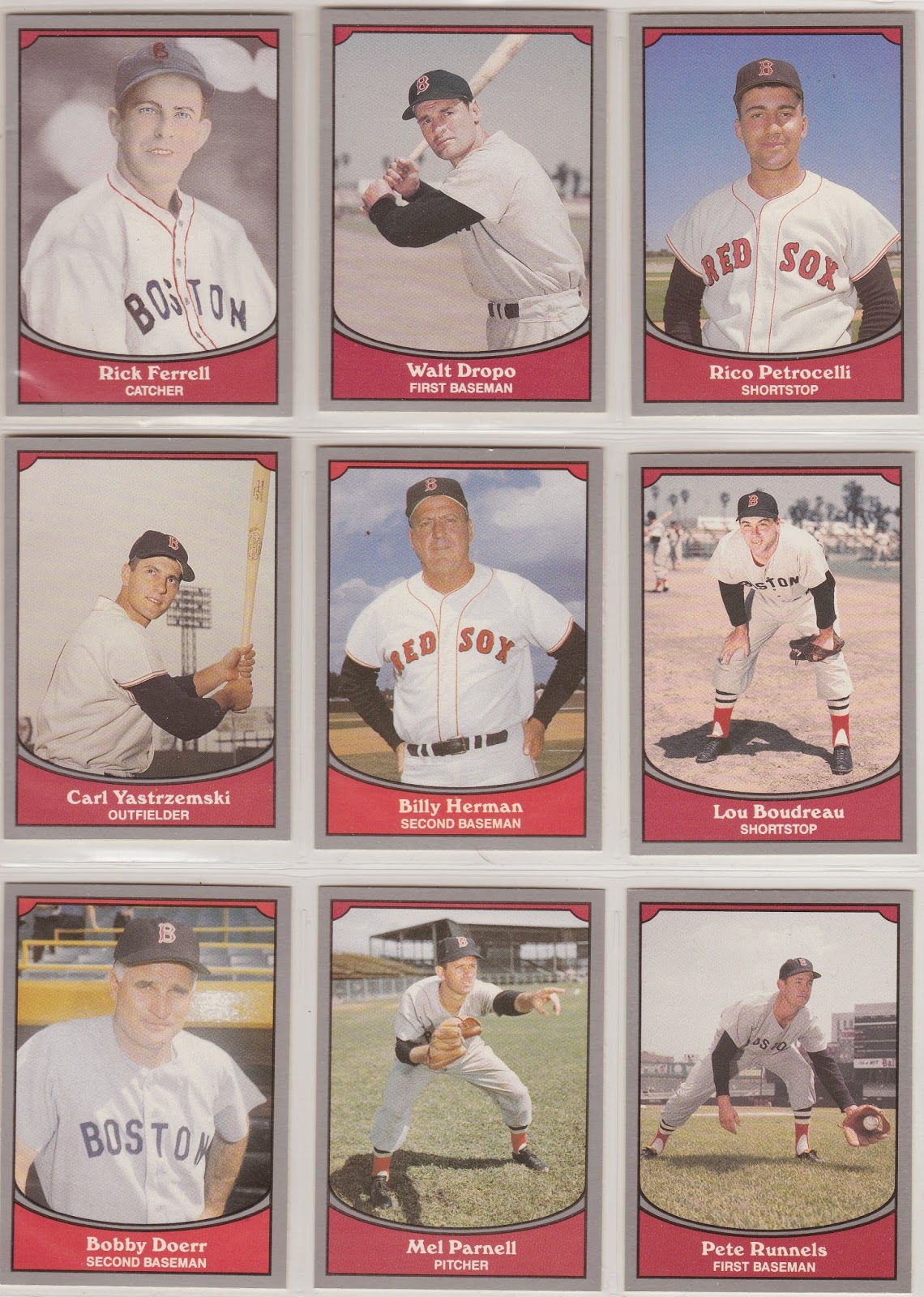 These came from Jeff from "One Man's Junk Wax". I have a small stack of these, but I think I only may have had the Bobby Doerr. Even though I'm able to buy a lot of cards on the cheap, unfortunately they are more often then not sans Red Sox. 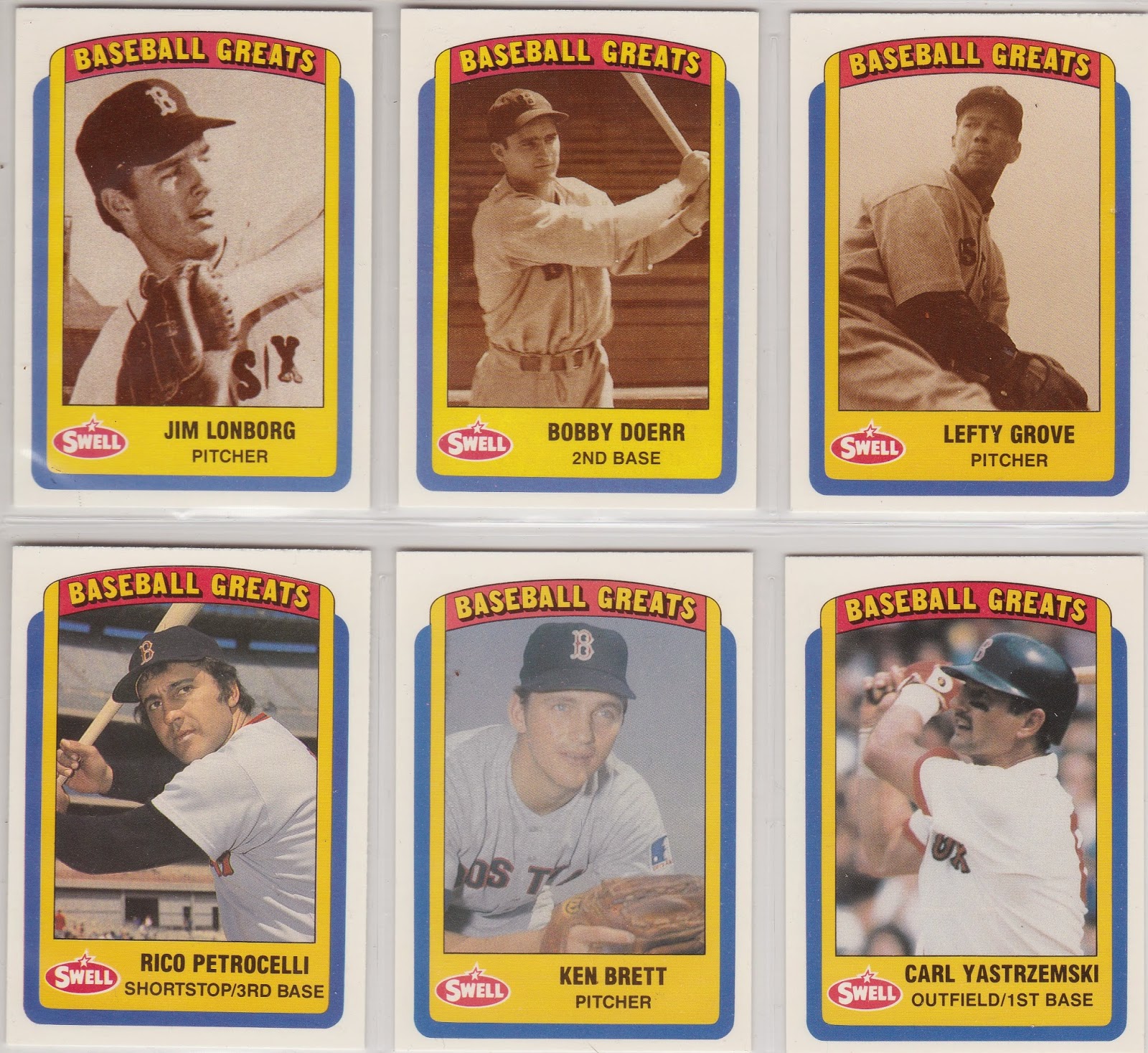 He also sent me a few from the 1991 Swell Baseball Greats set. I think I may have one card floating around somewhere. 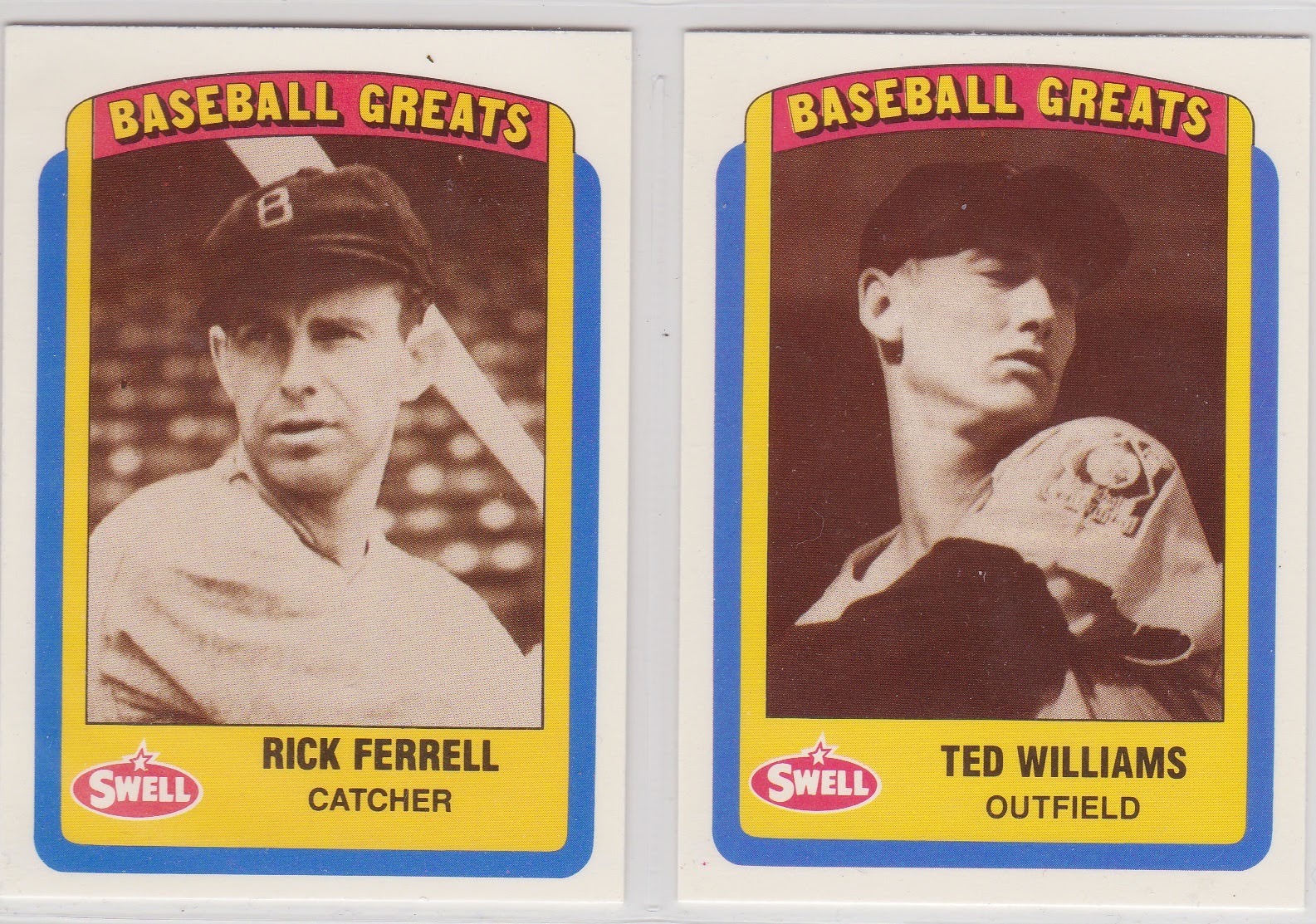 I wasn't expecting this and was curious as how he obtained all of these cool cards. He said he had picked the Red Sox in a group break he participated in at "Waiting 'til Next Year". 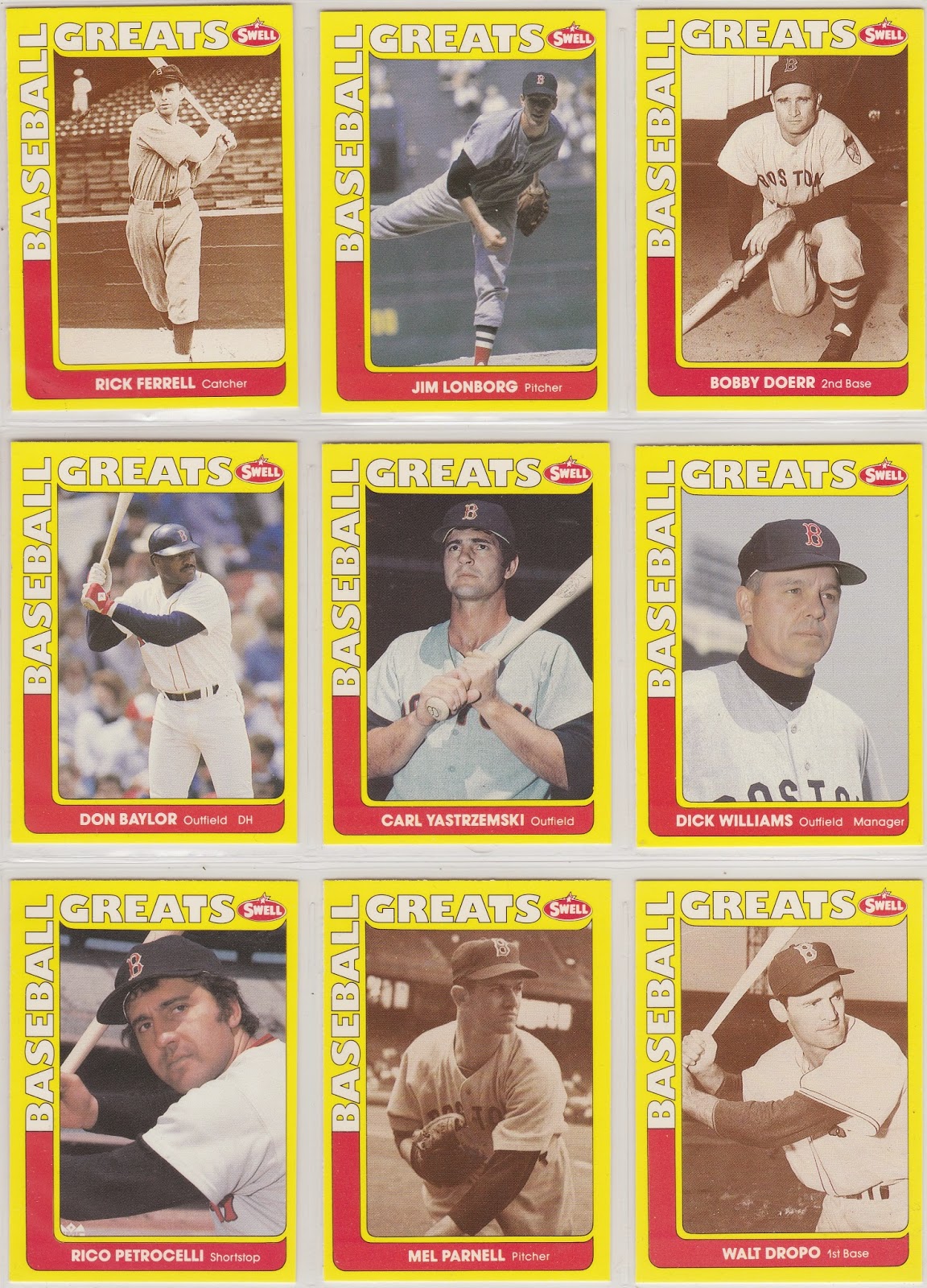 He was only interested in the Ted Williams cards and had planned to send me the rest.

He also said he had posted about the break on his blog, and I told him I must have missed it. 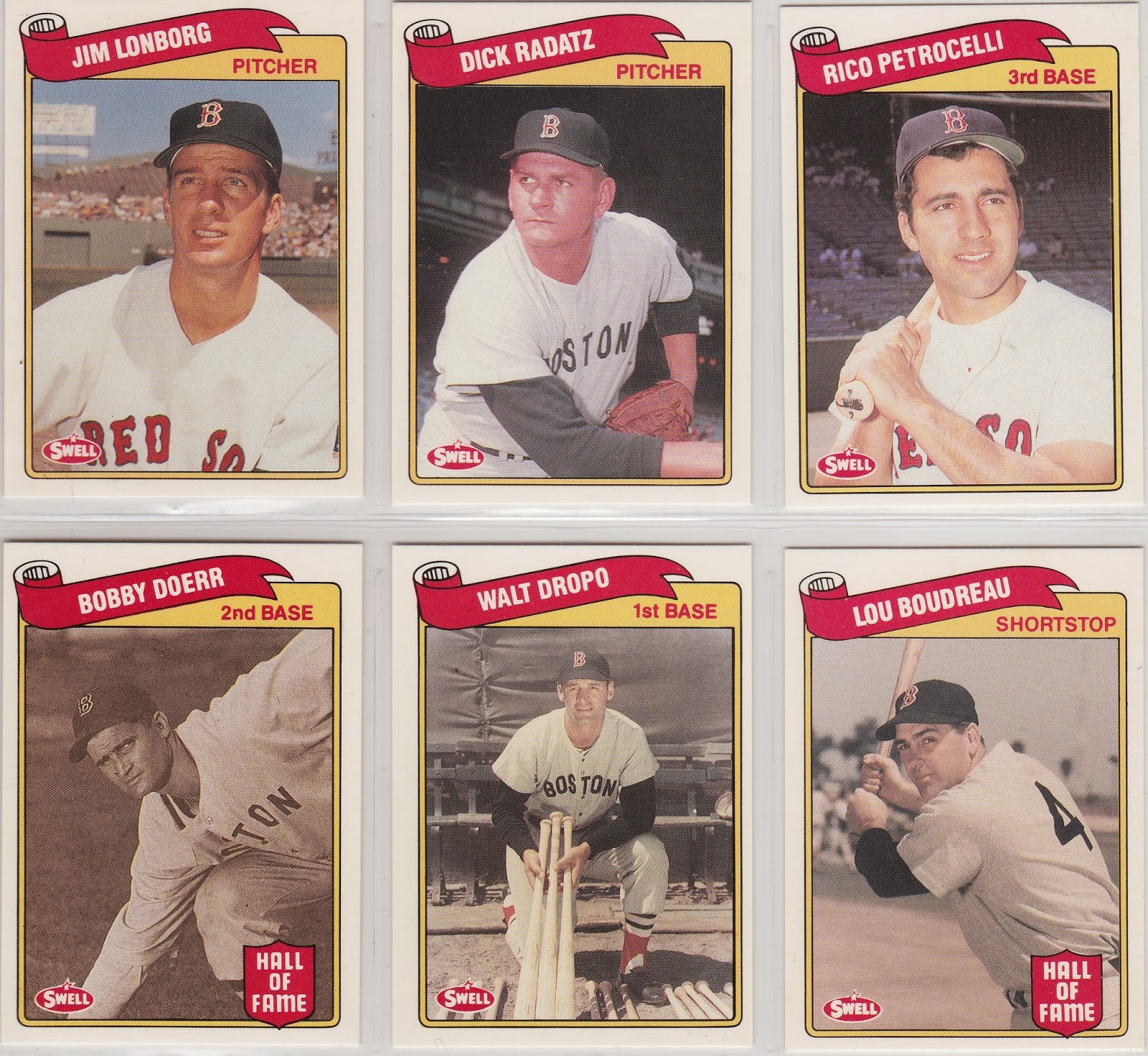 Come to find out, not only did I not miss the post, I even commented on it. See, he had also gotten the Red Sox and Angels from the 1976 SSPC set and boy was I envious. I believe the term I used to display said envy was "drooling". 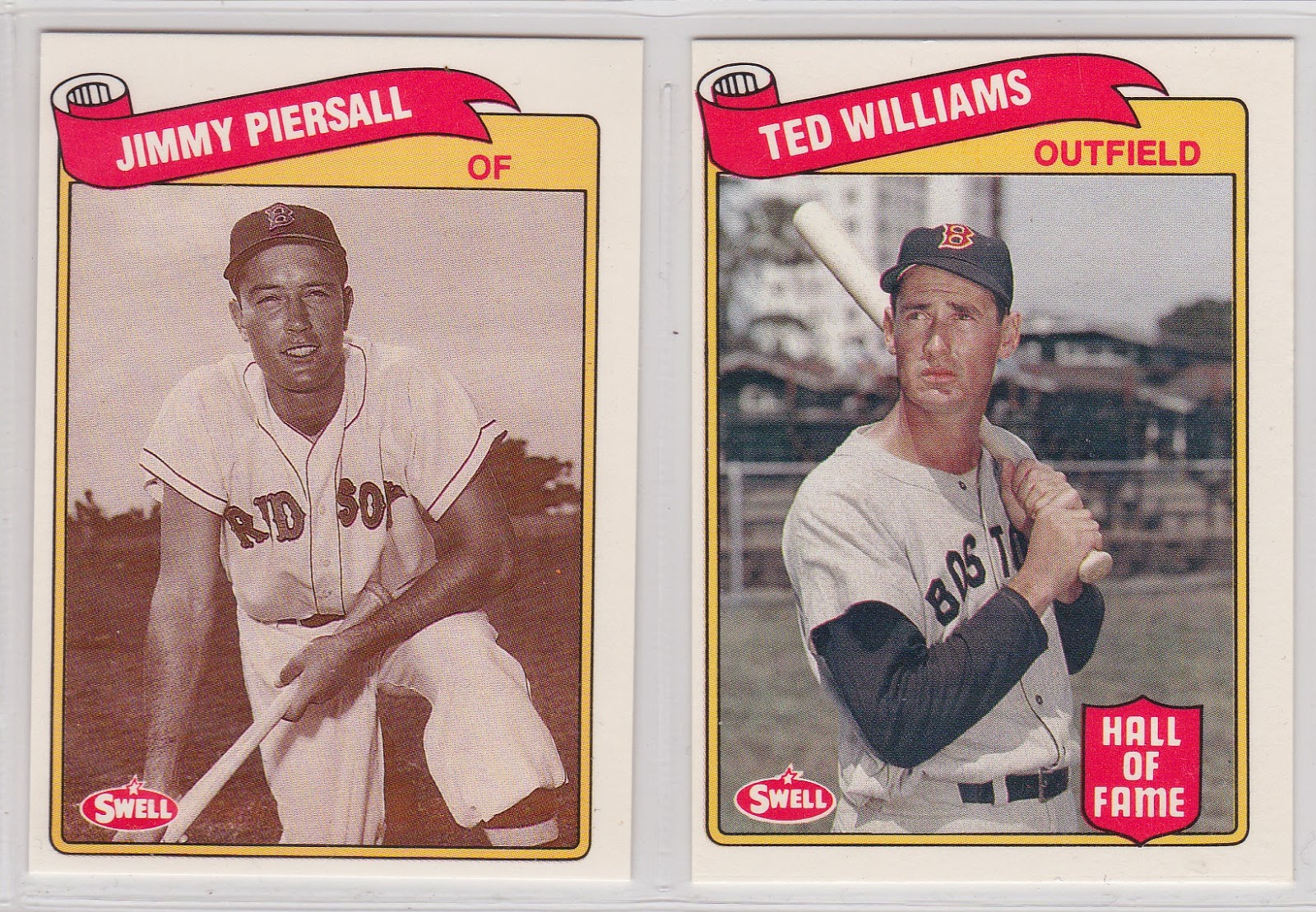 So he sent me all these cool cards and I went all Alzheimer's on him.

Sorry Jeff, but the forgetfulness happens to us old-timers on occasion.

Thank you so much for sending me such a cool assortment of Red Sox, and I sent you a return package of cards...