Book Review - Where Have All Our Red Sox Gone?

One of the things that I get kidded about frequently is my penchant for reading books, newspapers, etc., far after the publishing date. It's not so much that, but there's not enough time in a day to read everything I want to. So to read a book in 2014 that was published in 2006 is not uncommon here, it is expected. Someday I will catch up, really I will. 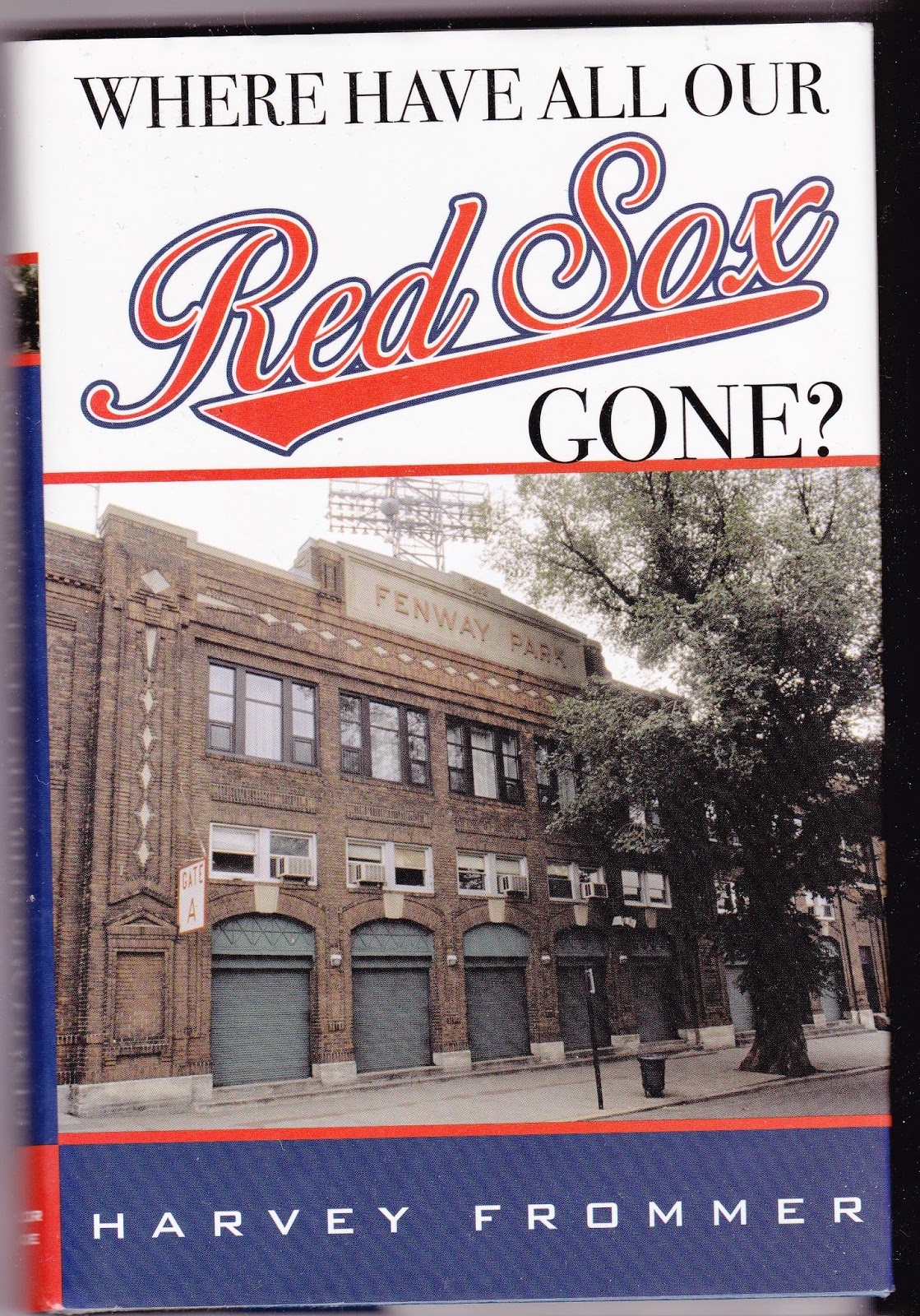 Before I began reading this book, I was not sure what it was about. I thought from the title that it might be about the 2004 team and how quickly it was dispersed. I've read a lot of books about the Red Sox that were written after the 2004 World Series victory, and most of them really haven't been all that good.

"Where Have All Our Red Sox Gone?" takes you on a journey of forty ex-players and ex-managers sharing their memories of what being a member of the Red Sox meant to them. As interesting as that was to me, I really liked reading about what they are doing now (or in this case, in 2006).

Some may feel that the "cast of characters" were a bit lacking (for example, instead of Jim Rice and Dennis Eckersley, you see Reggie Jefferson and Ken Ryan). But that is one of the reasons I like the book. I know how players like Rice and Eckersley felt about their time as a player, and I know what they are doing now. I would much rather read about how Jody Reed felt about his time with the Red Sox, or what Rick Wise felt about being traded to the Indians in 1978. You also get a chance to hear from some old-timers, some who spent a lot of time as a Red Sox player (Frank Malzone, Mel Parnell), and some that didn't (George Kell, Gene Conley).

One disappointment however were the mistakes that could be found throughout the book. Take for instance this section on Rich Gedman:

"Gedman in the first two-months plus of 1990 was able to play in only ten games for the BoSox, getting only fifteen at-bats.
Then on June 7, 1989, Rich Gedman's time with Boston came to an end."

Really, nobody noticed that?

Or catcher Birdie Tebbetts being referred to as "Bernie".

The back of the book features the career statistics of all the players featured in the book. A nice touch, but if you are going to feature the stats of Joe Morgan... 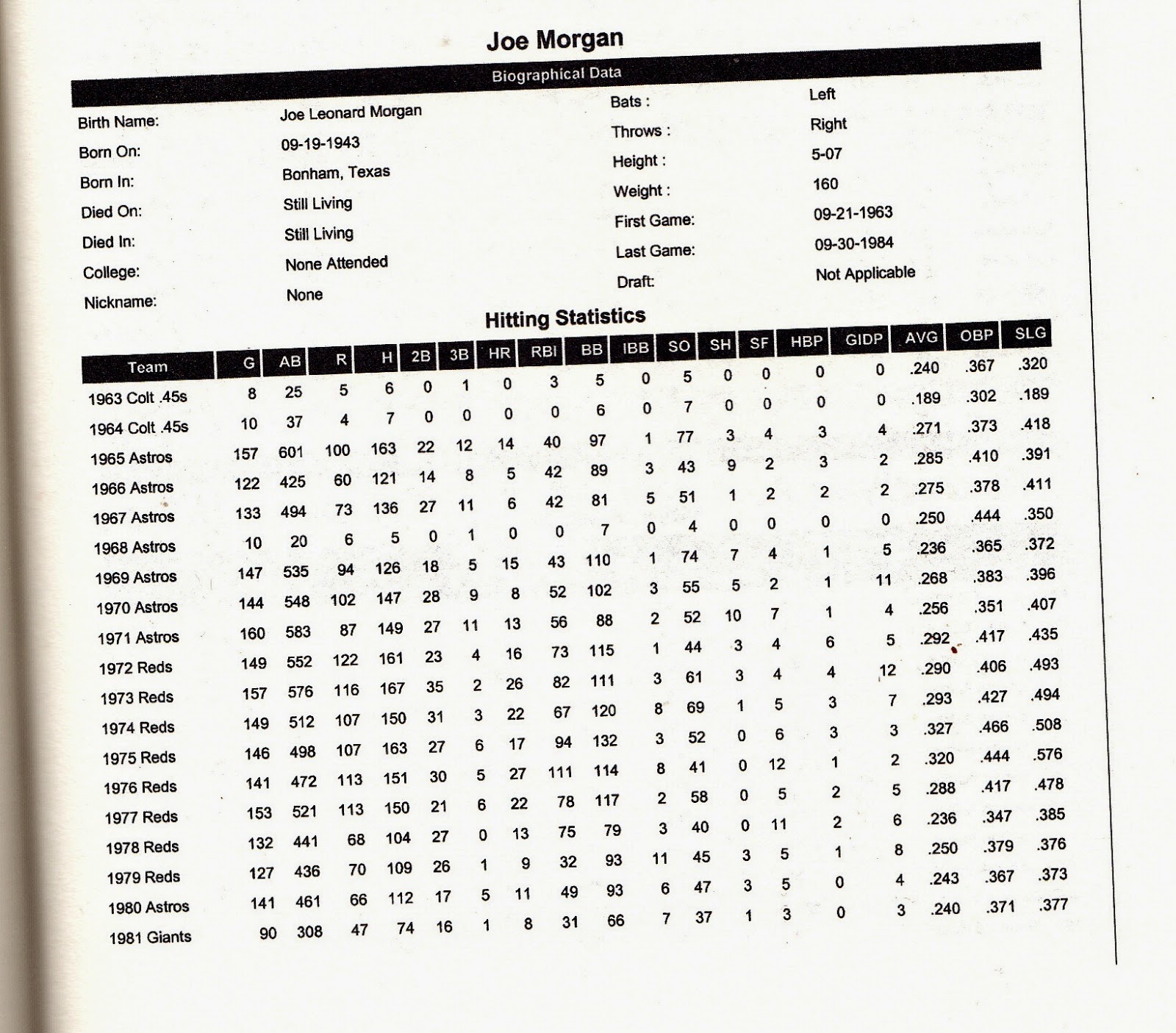 ...you probably want to make sure it's the right Joe Morgan.

Again, nobody noticed this?

Mistakes aside, I did enjoy reading this book. While I would not call it well-written, it did offer enough to hold my interest throughout.

Interestingly the author has also written his share of books about the New York Yankees. I wonder if the same "care" is taken with that franchise, or do New York fans read about 4-time World Series Champion "Birdie" Williams.