Getting My Monthly Oddball Fix

Last Sunday brought the return of the local card show and I was there bright and early. I didn't have much time to spend there as my wife and I were going to spend the day together. That wasn't much of a problem however, as I was only here to get my monthly fix of oddballs.

I did go around the show really quick looking for any cheap wax boxes or for anything else that stood out. There is one dealer that sometimes brings a binder of 1979 Topps (which I still haven't finished). He hadn't brought it with him for quite some time, but I happened to see it with all of his other binders of 1970's cards. Unfortunately, I didn't have my list with me, so purchasing any was out of the question.

Satisfied that I had made a decent trip around the show (and had not purchased anything), I moved on to the dealer's table full of oddballs. I started going through the binders and immediately noticed that he had brought some new stuff this time.

First, my most expensive purchases of the day: 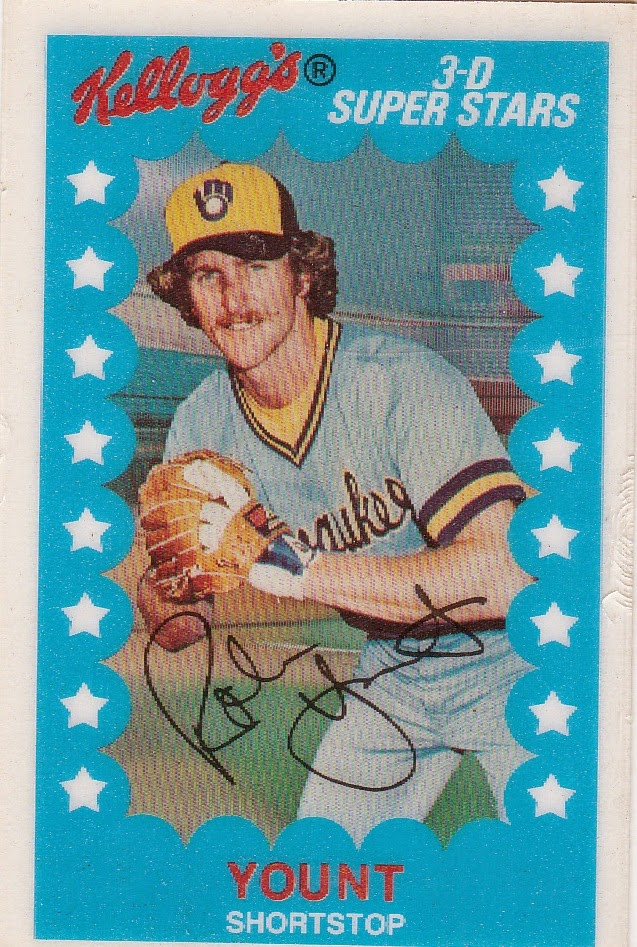 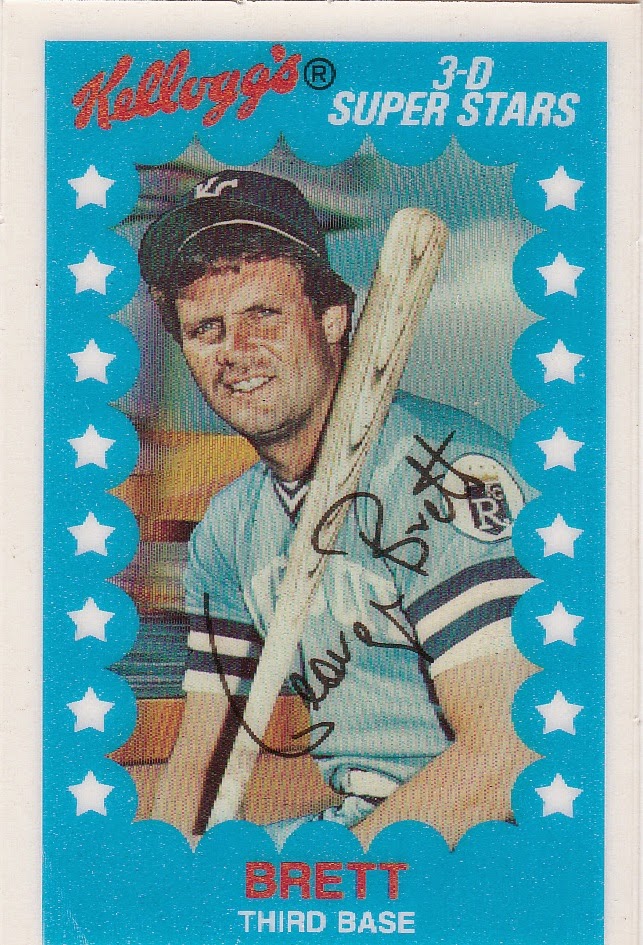 A fantastic way to start off my oddball fix, and they only cost fifty cents a piece.

Compared to what everything else cost, I splurged on these two cards. Everything else I bought was a dime a piece...or three for a quarter...like this Rod Carew from the same Kellogg's set. 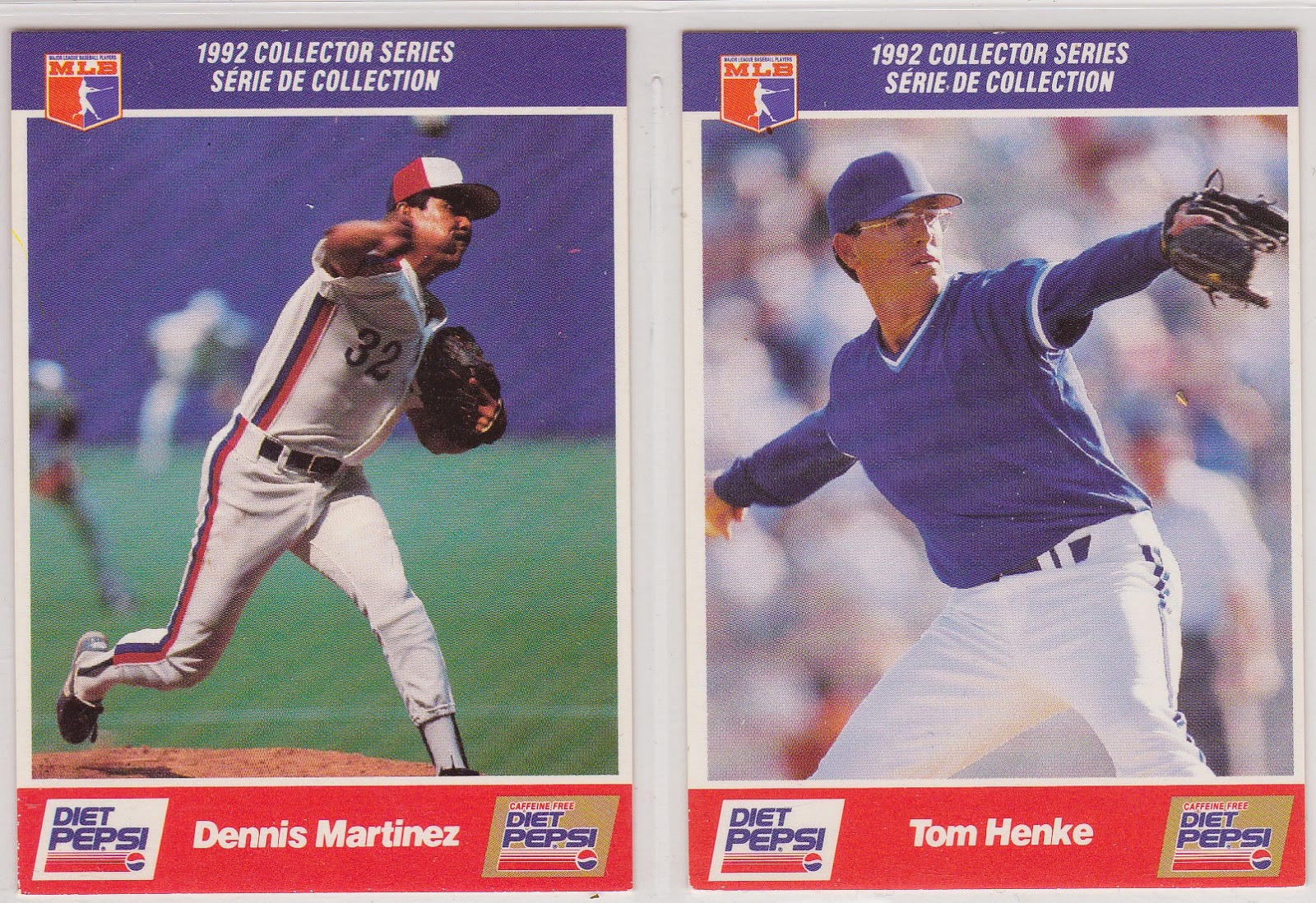 These next five cards are from the 1992 Diet Pepsi card set. This is the Canadian version of the thirty card set. 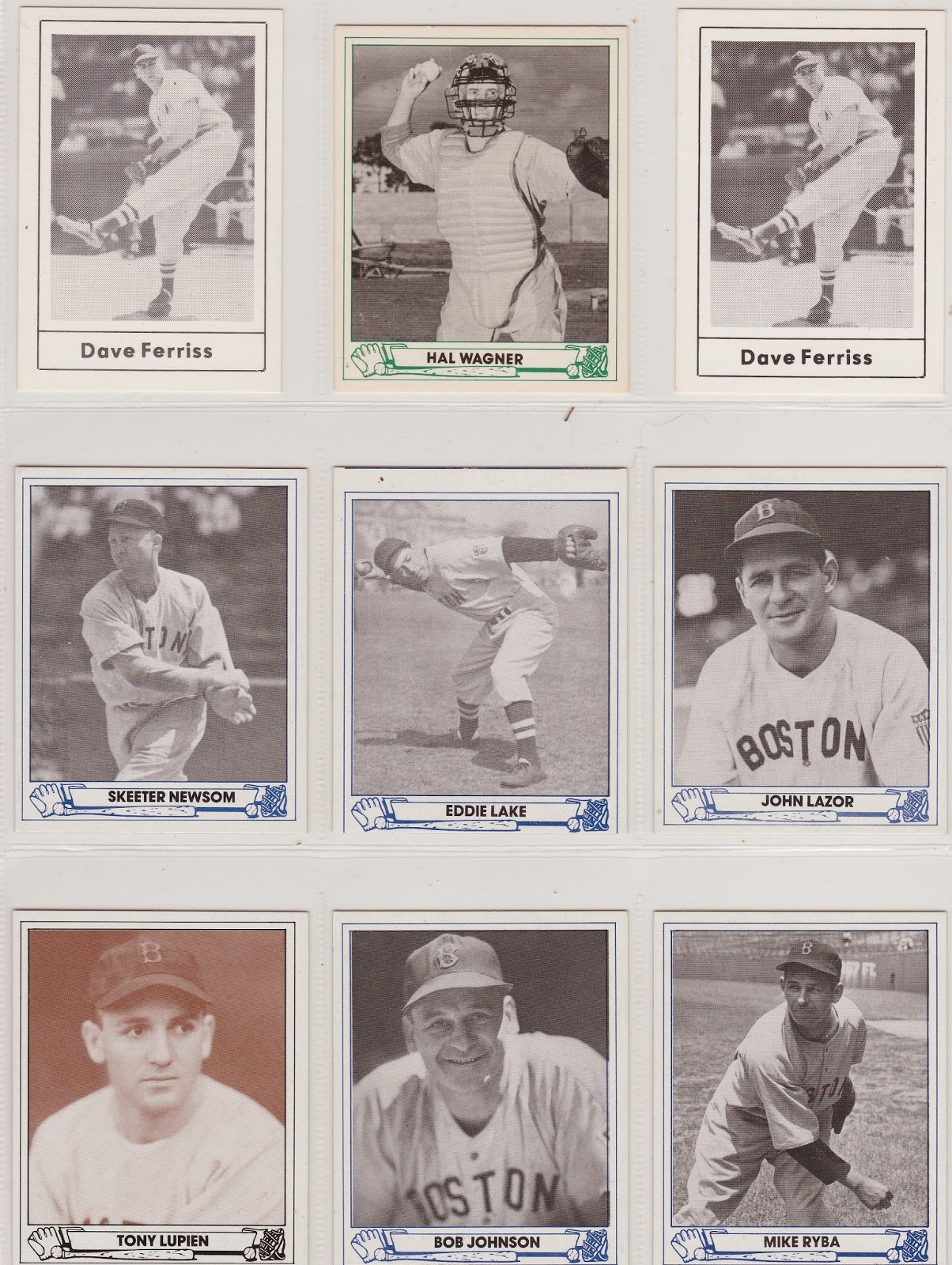 That was cool, but here's where it really picks up.

Now the quick bit of research I did (and I could be wrong), shows that there was no 1947 Play Ball set, as the last one was in 1941. So I am assuming that this is what they would have possibly looked like? 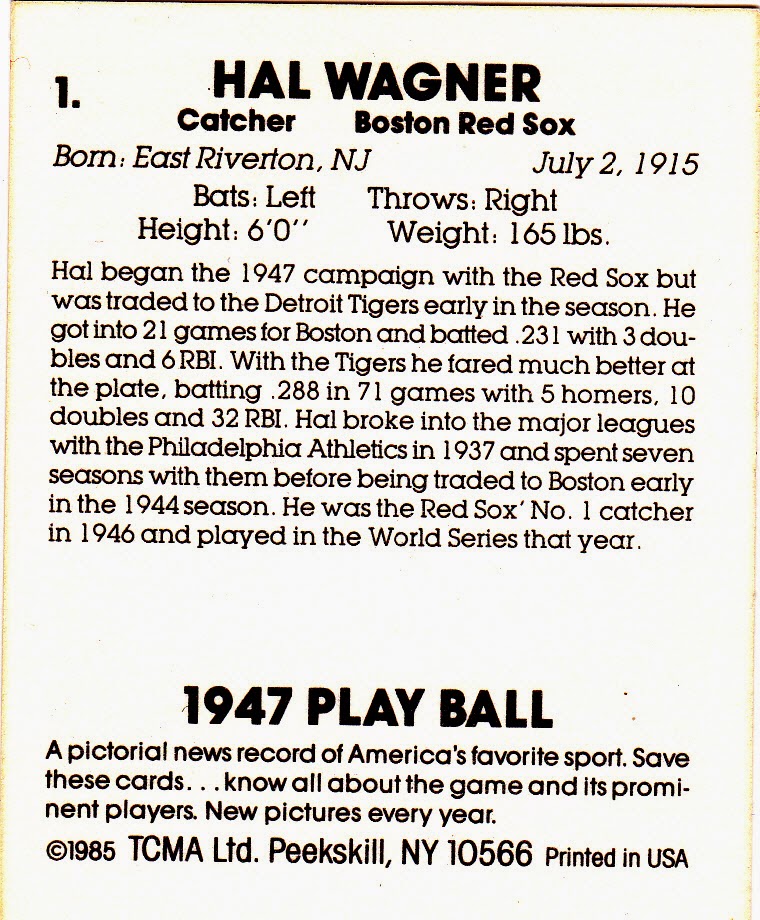 This is what the back looks like. No stats, just a summary of the player's career. While the cards are as wide as a standard baseball card, they are a little shorter.

The Hal Wagner was the only card from the 1947 reprint set. The Skeeter Newsome, Eddie Lake and John Lazor were from the 1945 Play Ball reprint set, the Bob Johnson and Mike Ryba were from the 1944 reprint set, and the Tony Lupien was from the 1943 reprint set (all of these sets were released in 1983). The backs of the other three sets do not have a white background, instead they have a gray background that makes them look like they came off of a macaroni and cheese box.

The other two cards of the above nine are of Dave "Boo" Ferris, who pitched for the Red Sox in the 1940's. This came from a two hundred card set released in 1978 by a company that I am going to assume was called Grand Slam. I can't find any other information that says otherwise. These are cool cards, thinner and smaller than a standard baseball card. 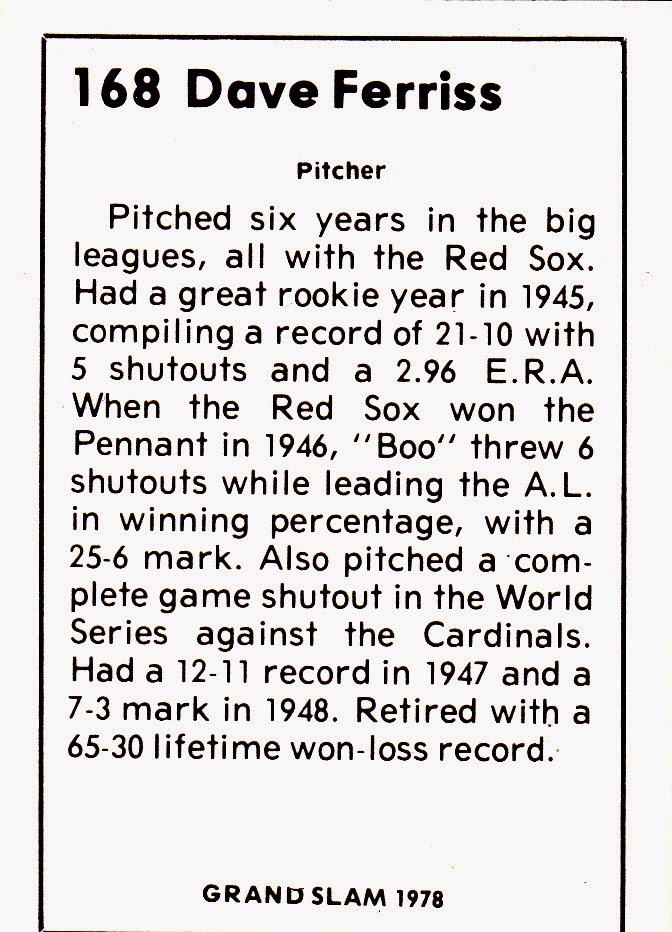 Again, the backs have no stats, just a write-up of the player's career.

In addition to the above two cards, he had 3 nine-card pages full that I grabbed immediately. 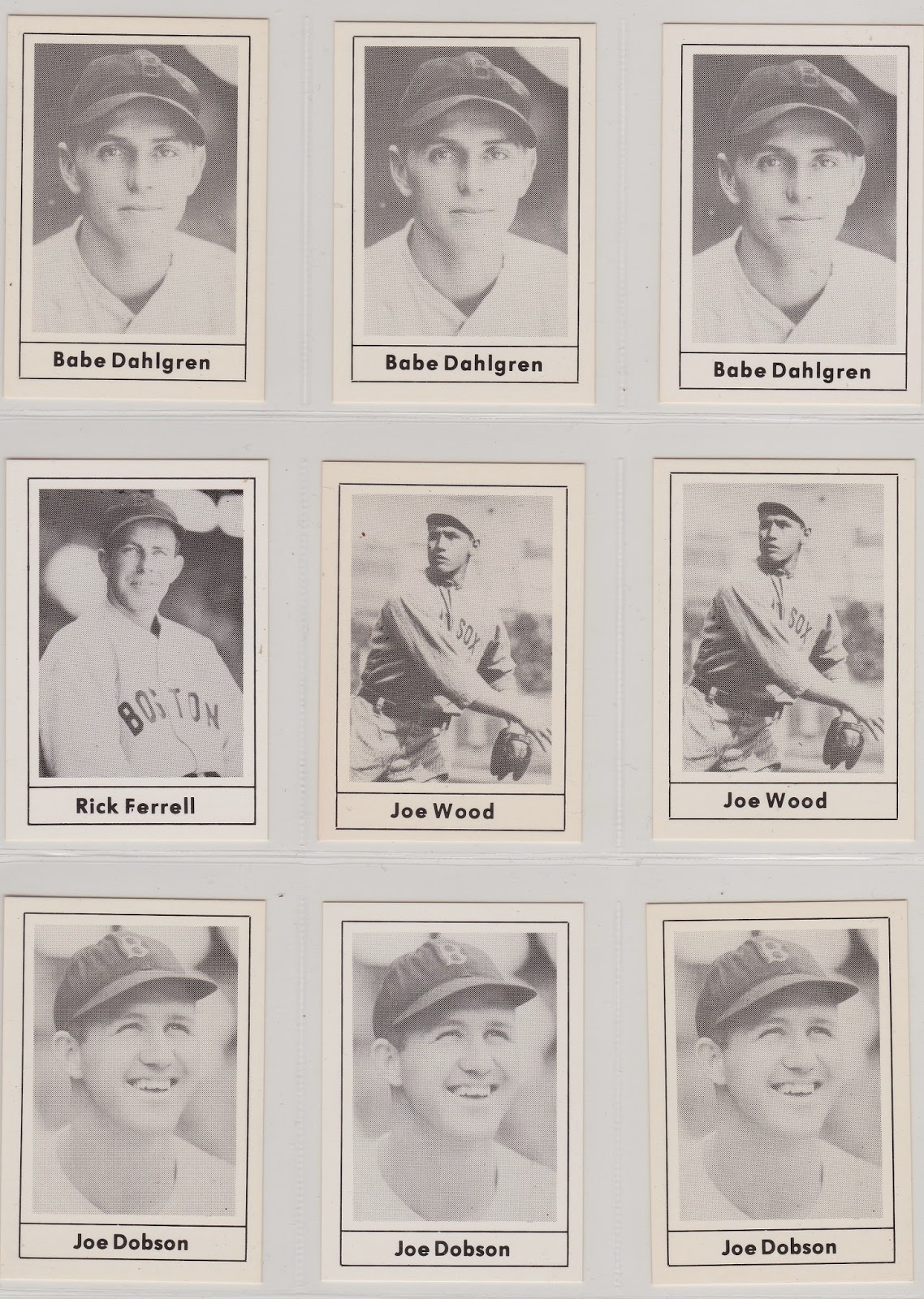 ﻿This page is all Red Sox.

Babe Dahlgren - played for the Red Sox in 1935 and 1936. He was purchased by the Yankees in 1937 and was the player that replaced Lou Gehrig in the lineup on May 2nd, 1939 ending his consecutive game streak. 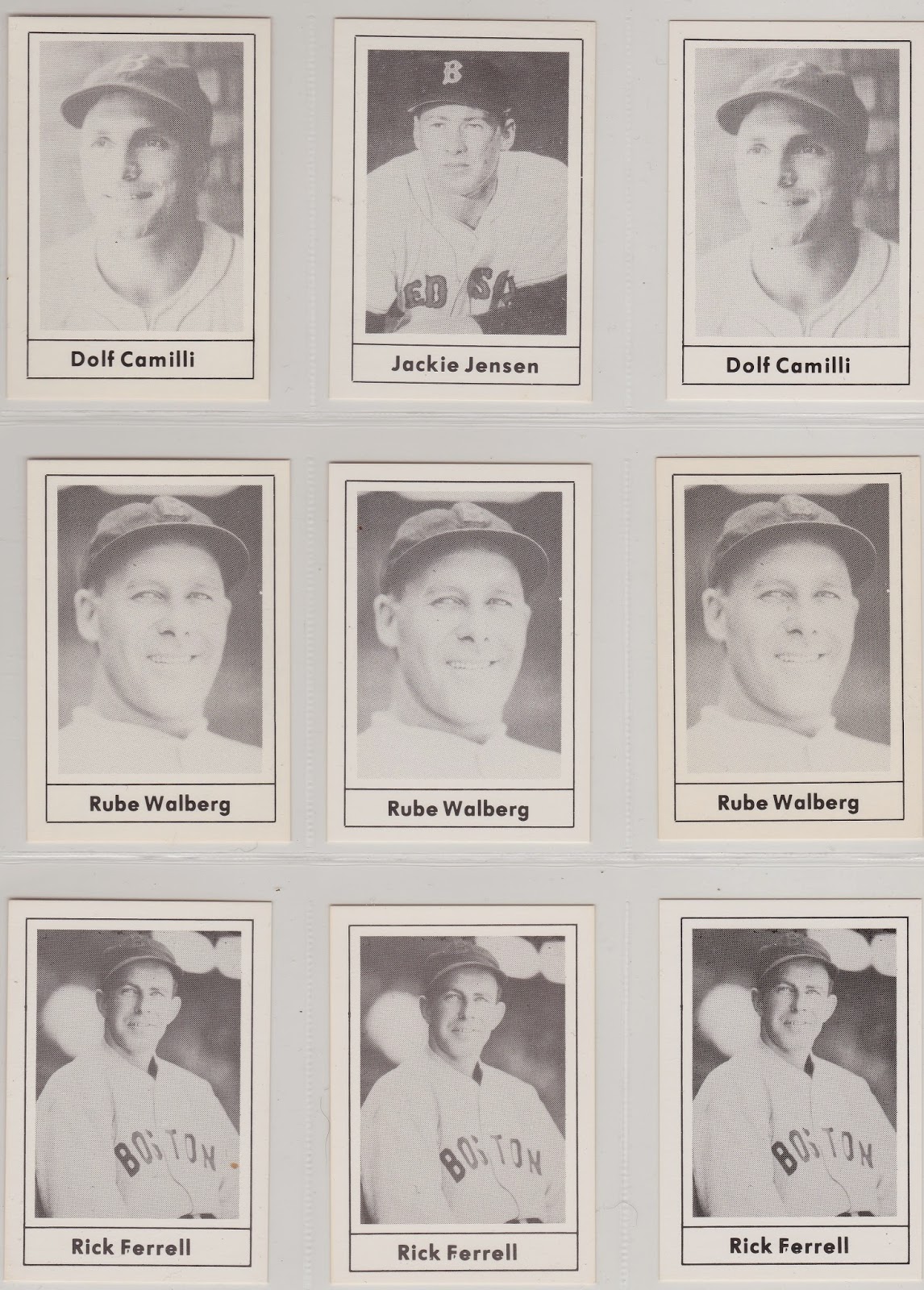 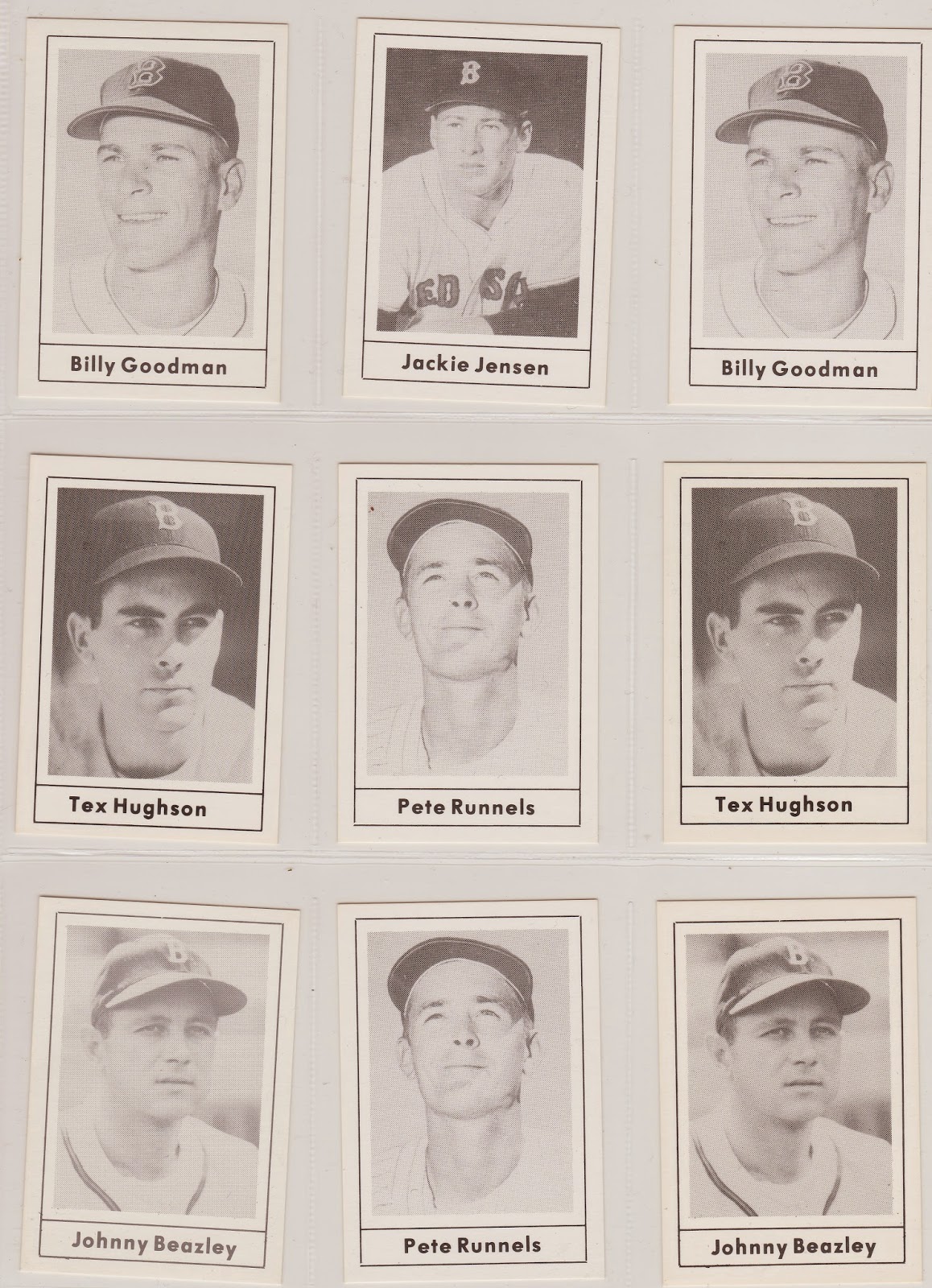 Pete Runnels - Played for the Red Sox from 1958 - 1962. He won two batting titles with the Red Sox and was the interm manager for the last sixteen games of 1966, finishing one-half game out of last place.

We all know what happened with the Red Sox in 1967.

I need five more to complete the Red Sox portion of this set.

52 Bobby Doerr
81 Johnny Pesky
98 Dom DiMaggio
176 Smead Jolley (not only is that a cool name, he once committed three errors on one play. That's awesome.)
200 Joe Cronin

There is a lot more that I picked up, but rather than making it one long post, I'll show you the rest in my next post. There will be some cool food issues contained therein.