I was at Target a bit ago and picked up a couple of packs of Panini's "Golden Age" cards. I like releases like this, although I thought they were going to be like the Donruss "Americana" cards which I like very much. Instead, they more resemble the Upper Deck "Goodwin Champions" sets, which is fine too. As you can tell, I was unfamiliar with this set, even though it has been released for the past few years. 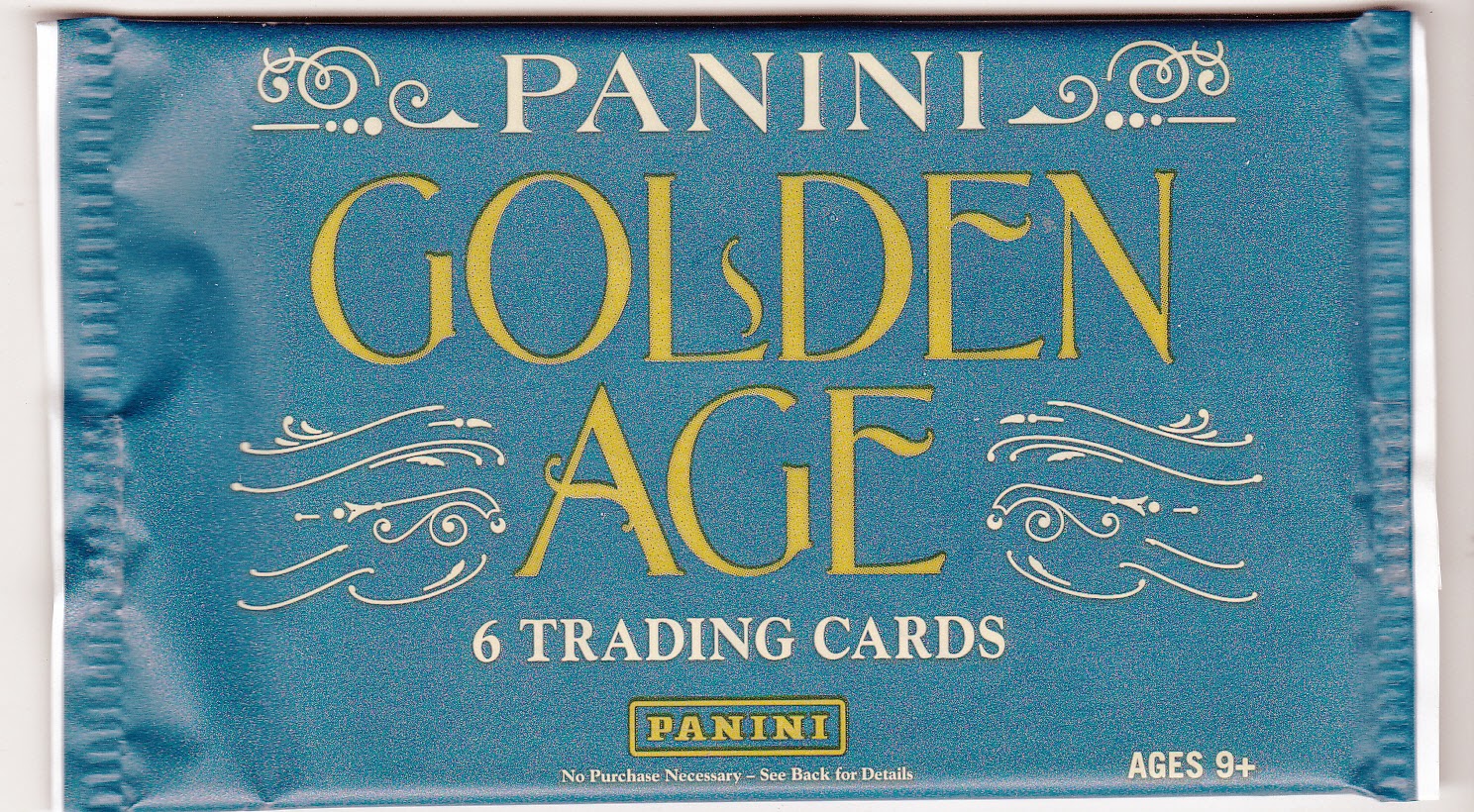 It is a 150 card set, which features notable people from sports and entertainment through the 1980's. I'll show one pack in this post and demonstrate that my knowledge of the "Golden Age" is not as strong as it should be. 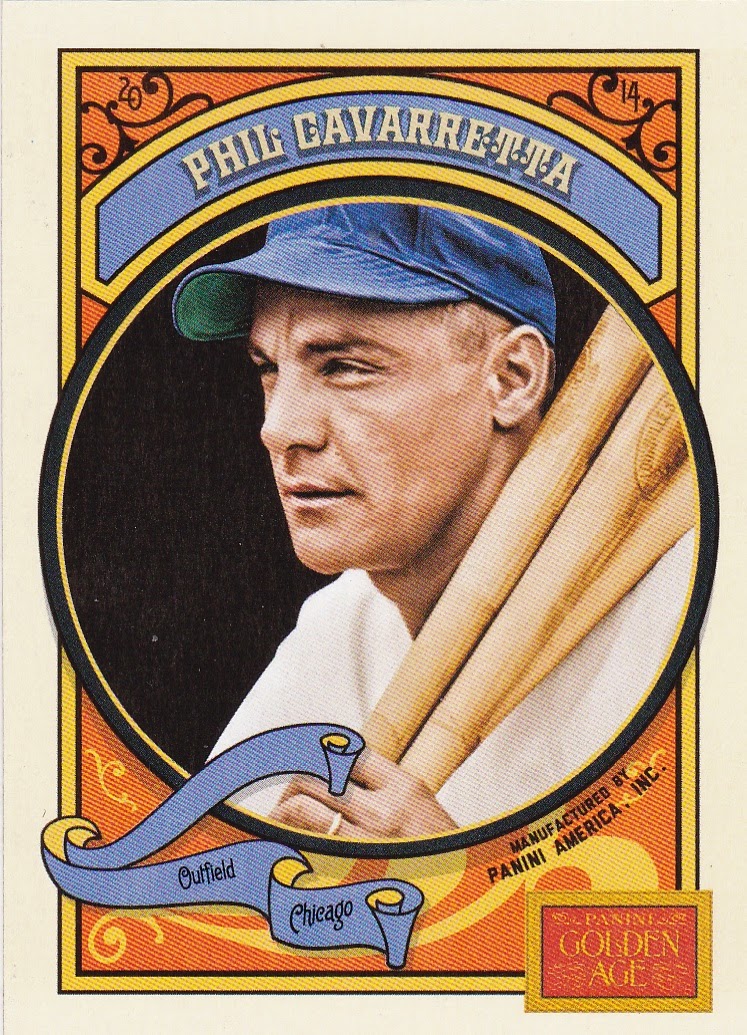 Phil Cavarretta. I did not know who this was, but he was the last living player to have played against Babe Ruth in a major league game. He died in 2010. 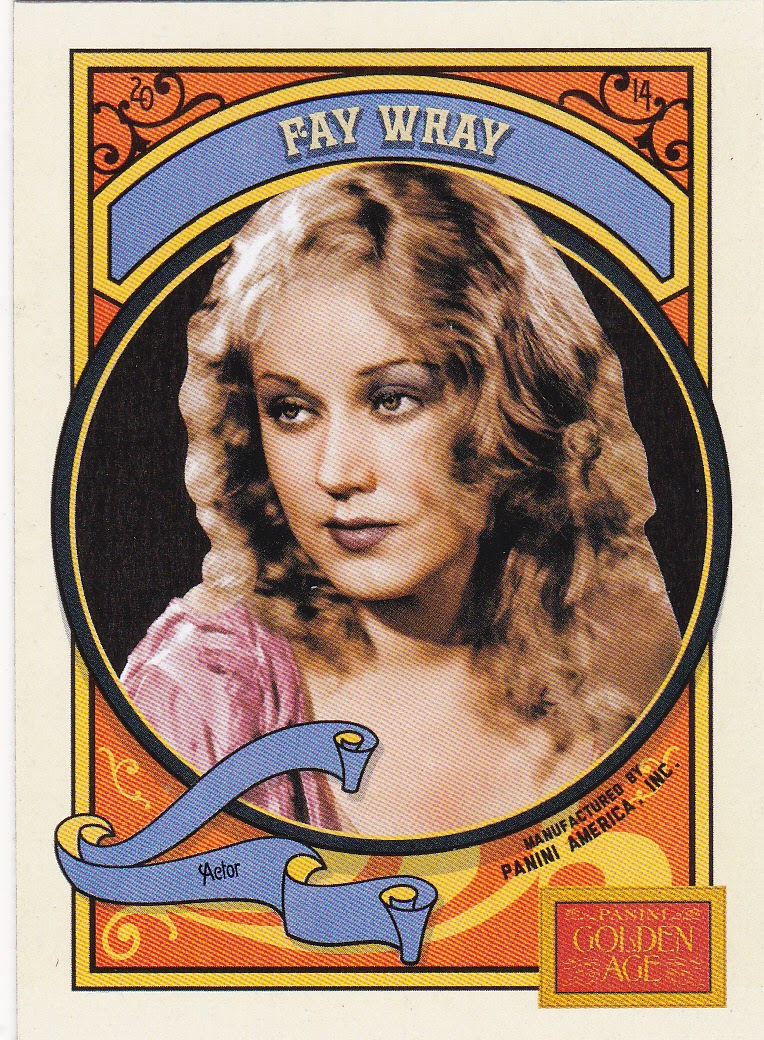 Fay Wray. The female lead in the original King Kong movie. I did know who she was. 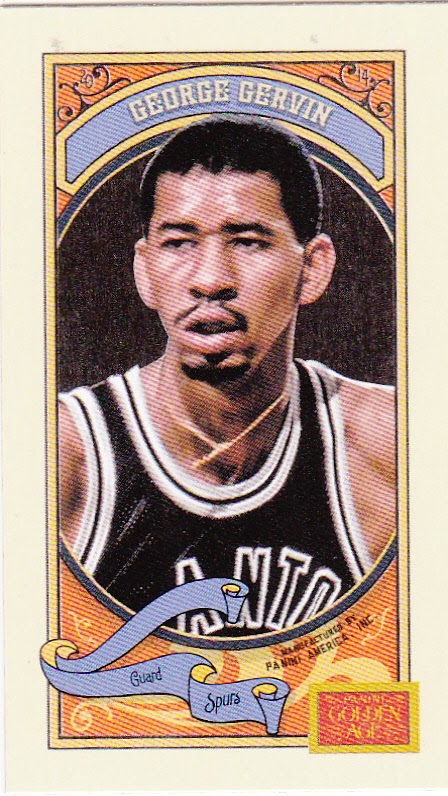 George Gervin mini. The "Iceman". One of the greatest shooting guards in NBA history. 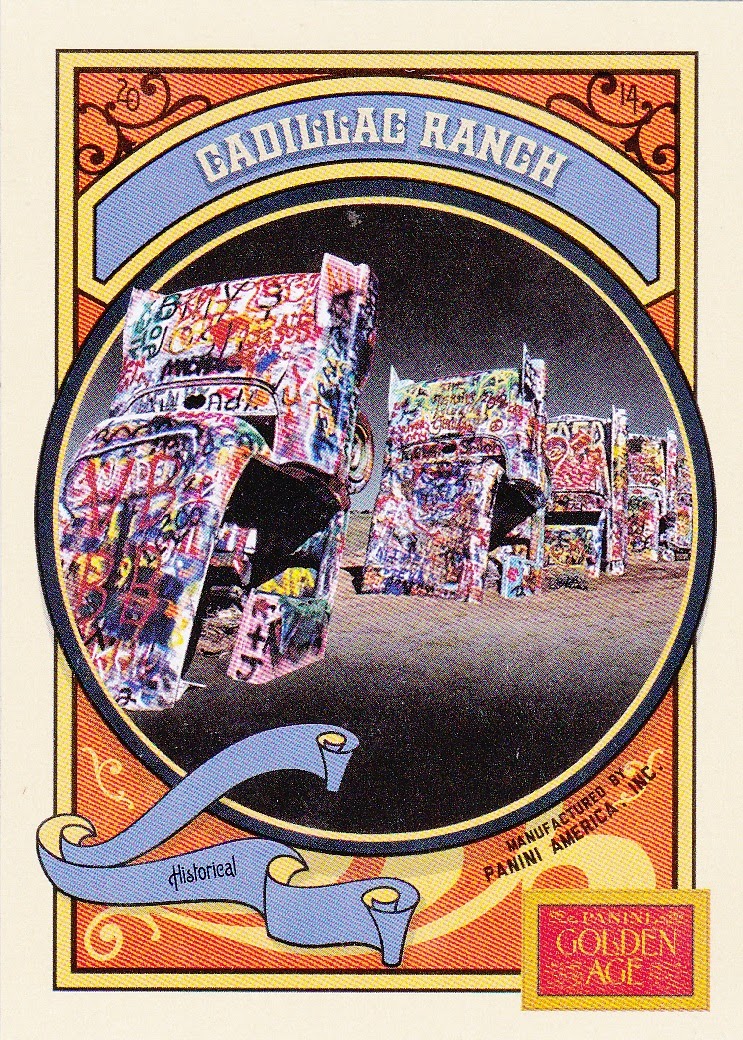 Cadillac Ranch. I'd heard of it, but never really paid attention to it. Or maybe I've heard of it because of the Bruce Springsteen song. 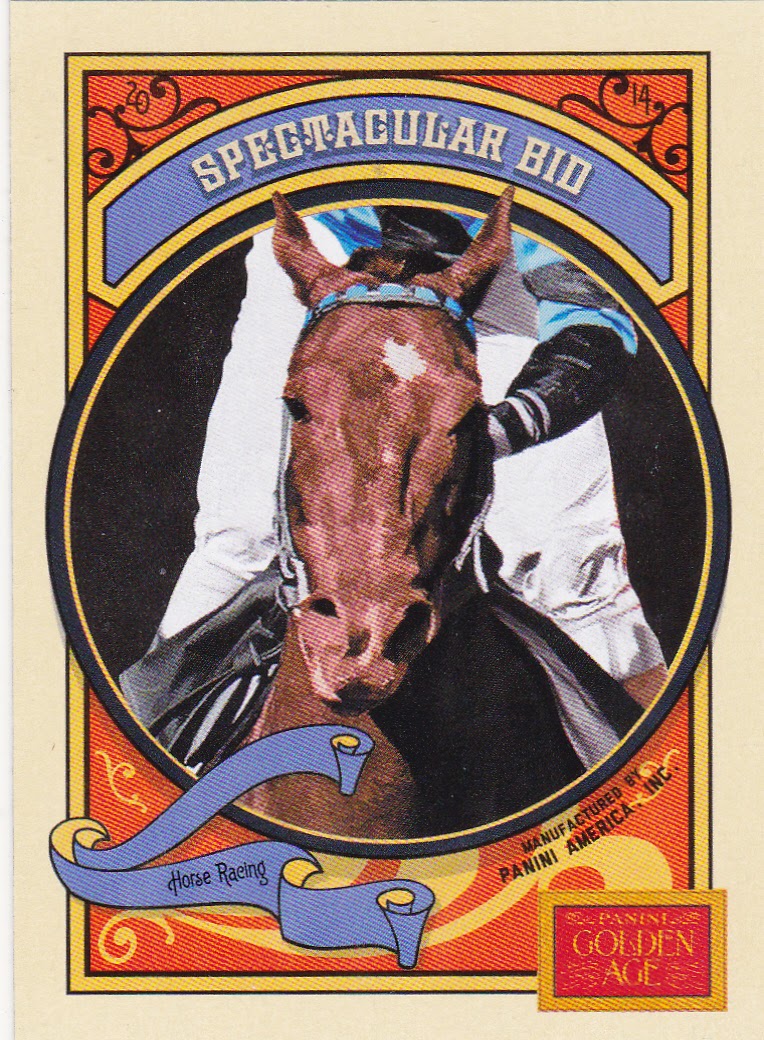 I don't follow horse racing unless I'm betting on it. (Does that make me a bad person?) 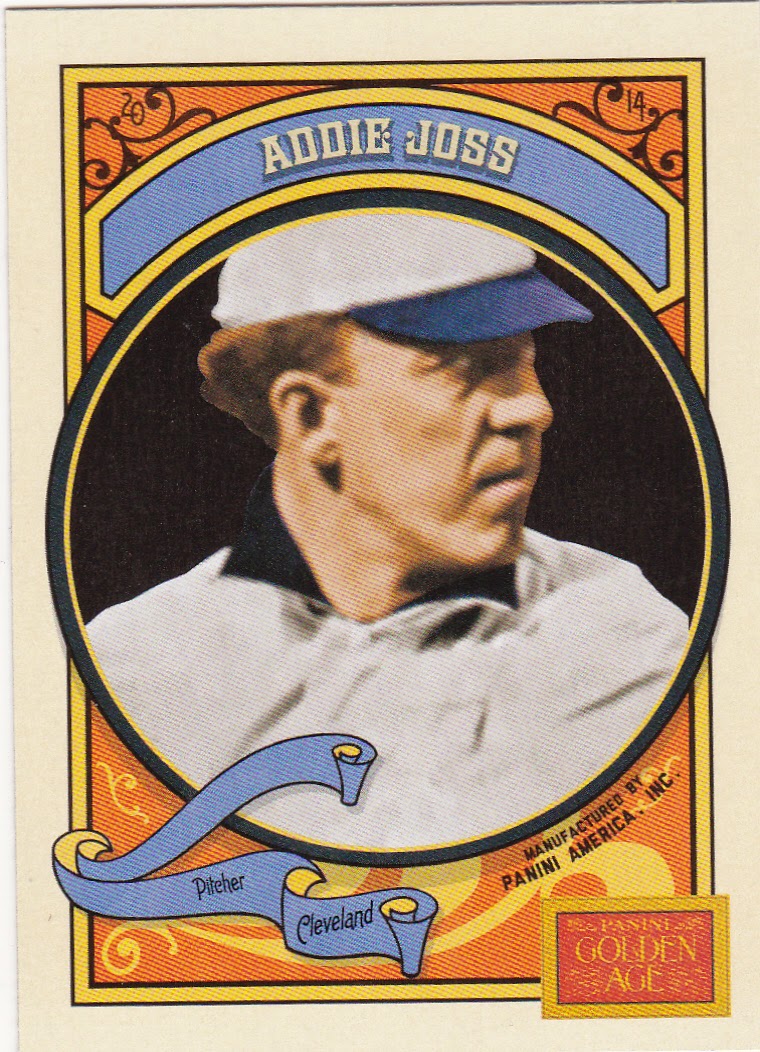 Addie Joss. I was not familiar with him either. He died in April 1911 of tuberculous meningitis while a member of the Cleveland Naps. On July 24th of that year the Naps played an "all-star" game versus players from the other seven American League teams as a fundraiser for his family. The back of the card considers this as baseball's first All-Star game as opposed to the first one organized by Major League Baseball in 1933.

I like this set and I would consider buying a blaster of it. Of course, a discounted blaster would significantly raise the odds of this happening.

It is alarming that this is a baseball card blog and I knew nothing about the two baseball players in this pack.