Here's the rest of the cards I got from the card show I went to last week. You can see the first half here.

I ended that post with some cards from the 1978 TCMA set. Like the 1979 set I showed earlier, there were only Red Sox cards and I snagged them all. 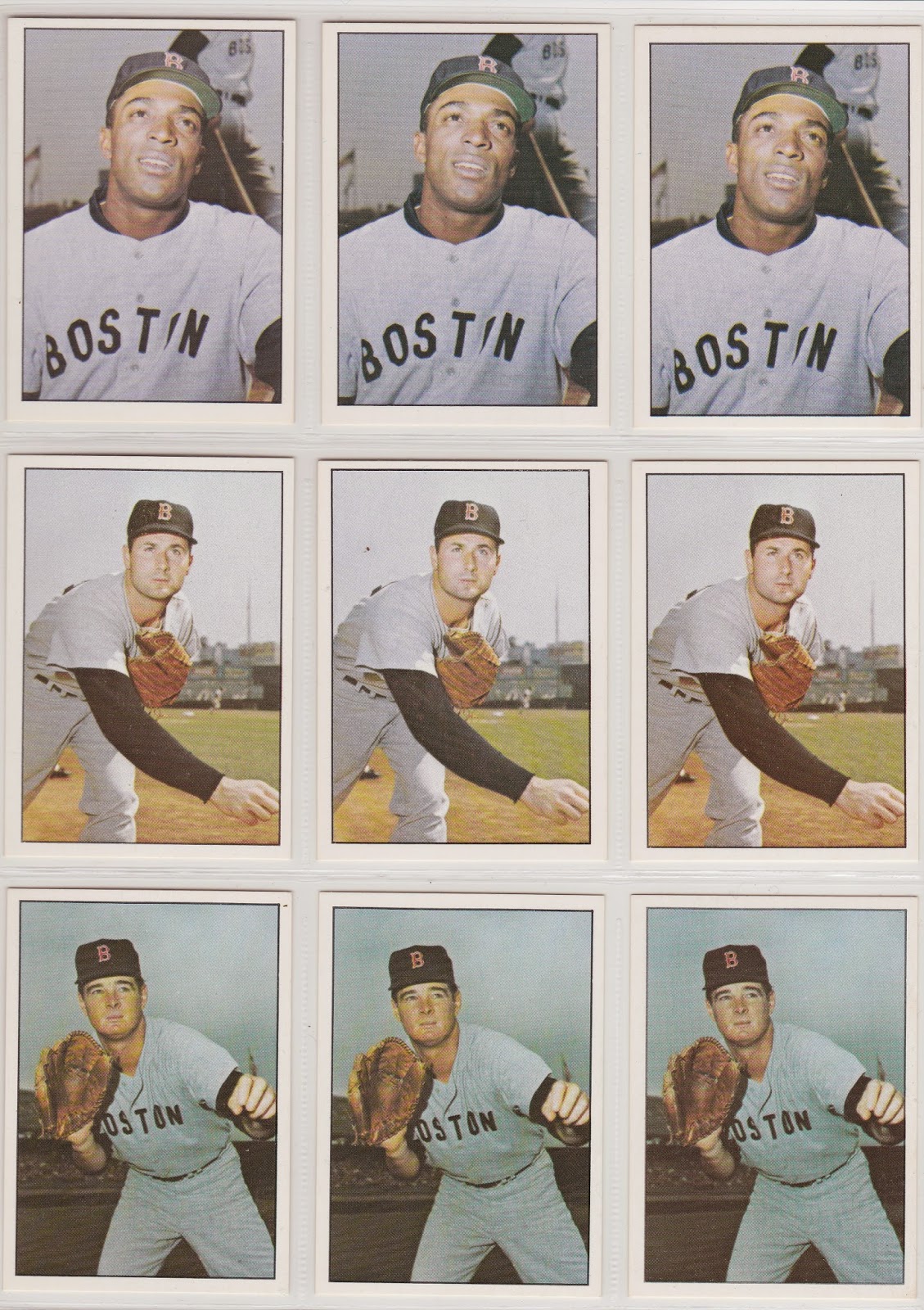 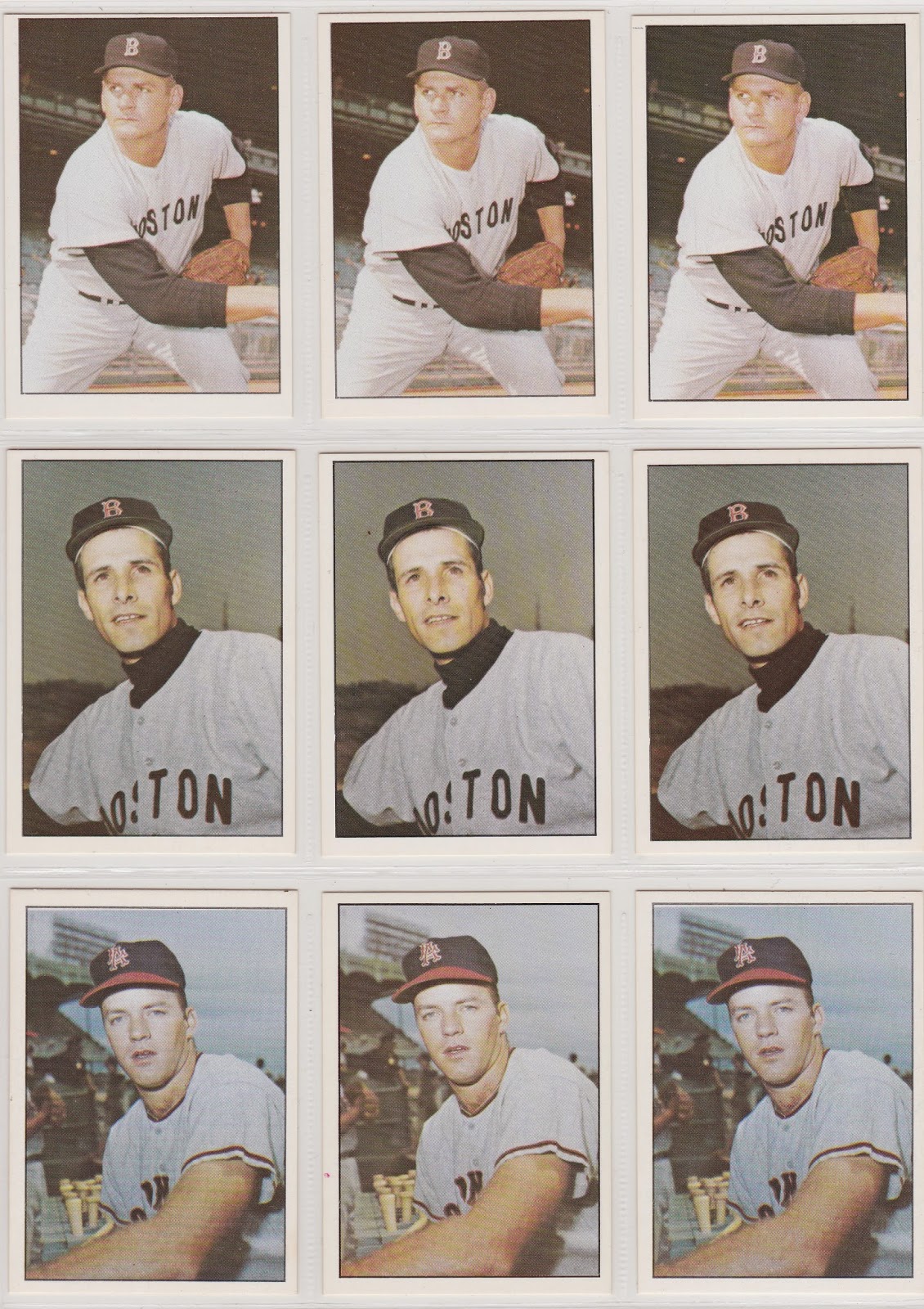 Sticking with the three card theme are pitcher Dick Radatz, valuable utility infielder (according to the back) Eddie Bressoud and first baseman/outfielder Lee Thomas (pictured in a Los Angeles Angels uniform). 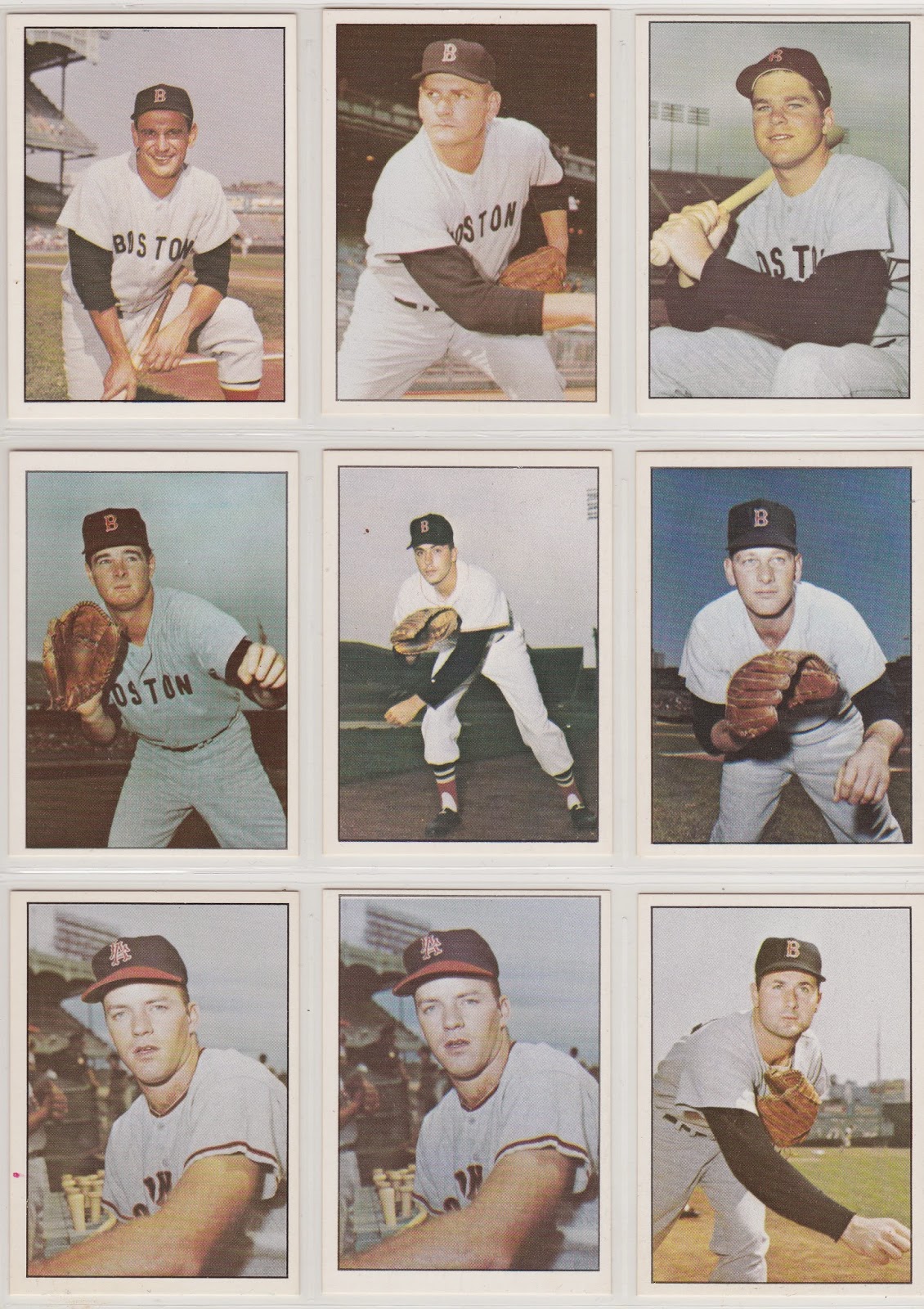 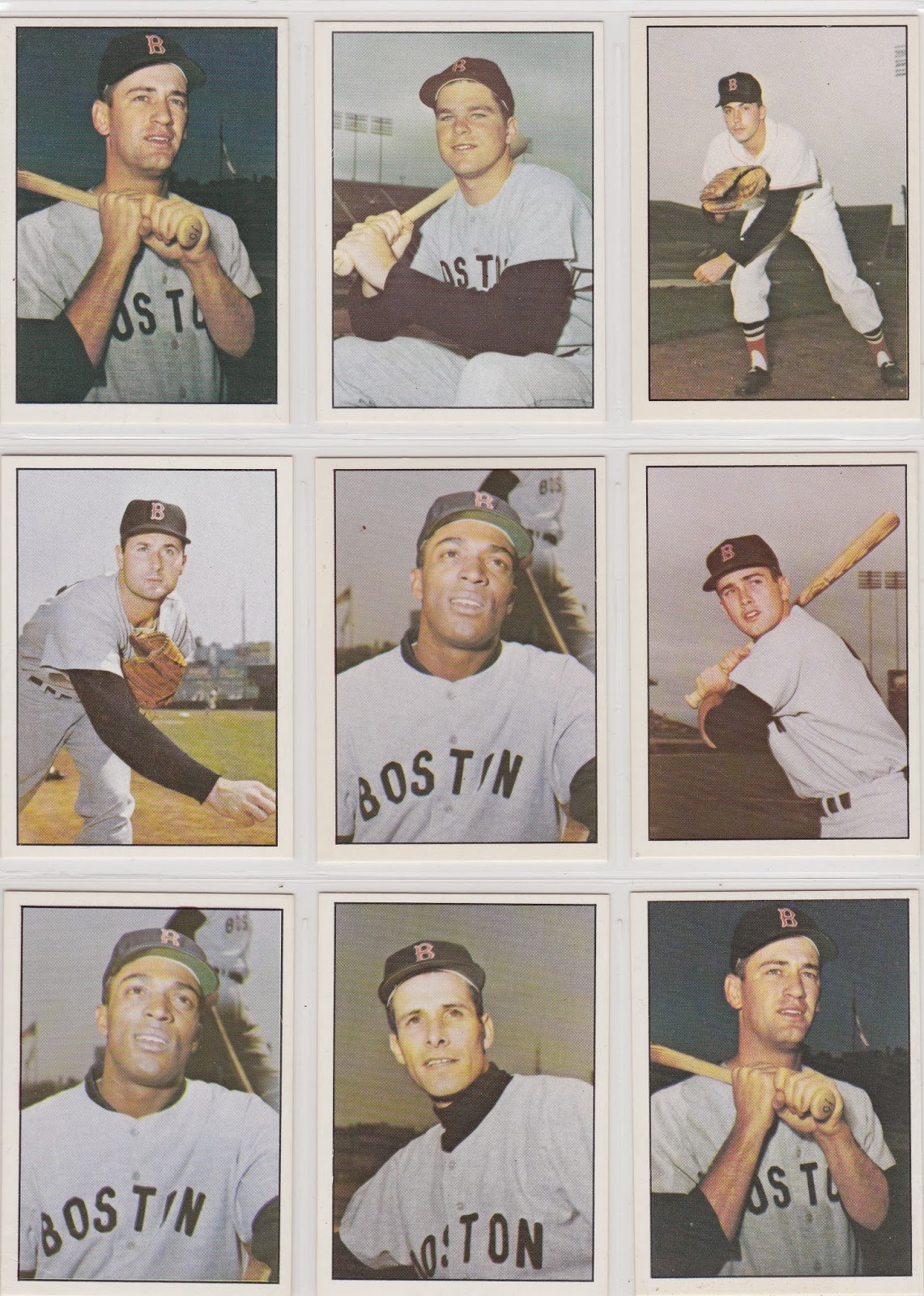 The first row of this sheet contains dupes of Tillman, Horton and Spanswick. The second row has dupes of Monbouquette and Wilson and the first appearance of second baseman Chuck Schilling. Rouding out the bottom three cards are all dupes of Wilson, Bressoud and Tillman. 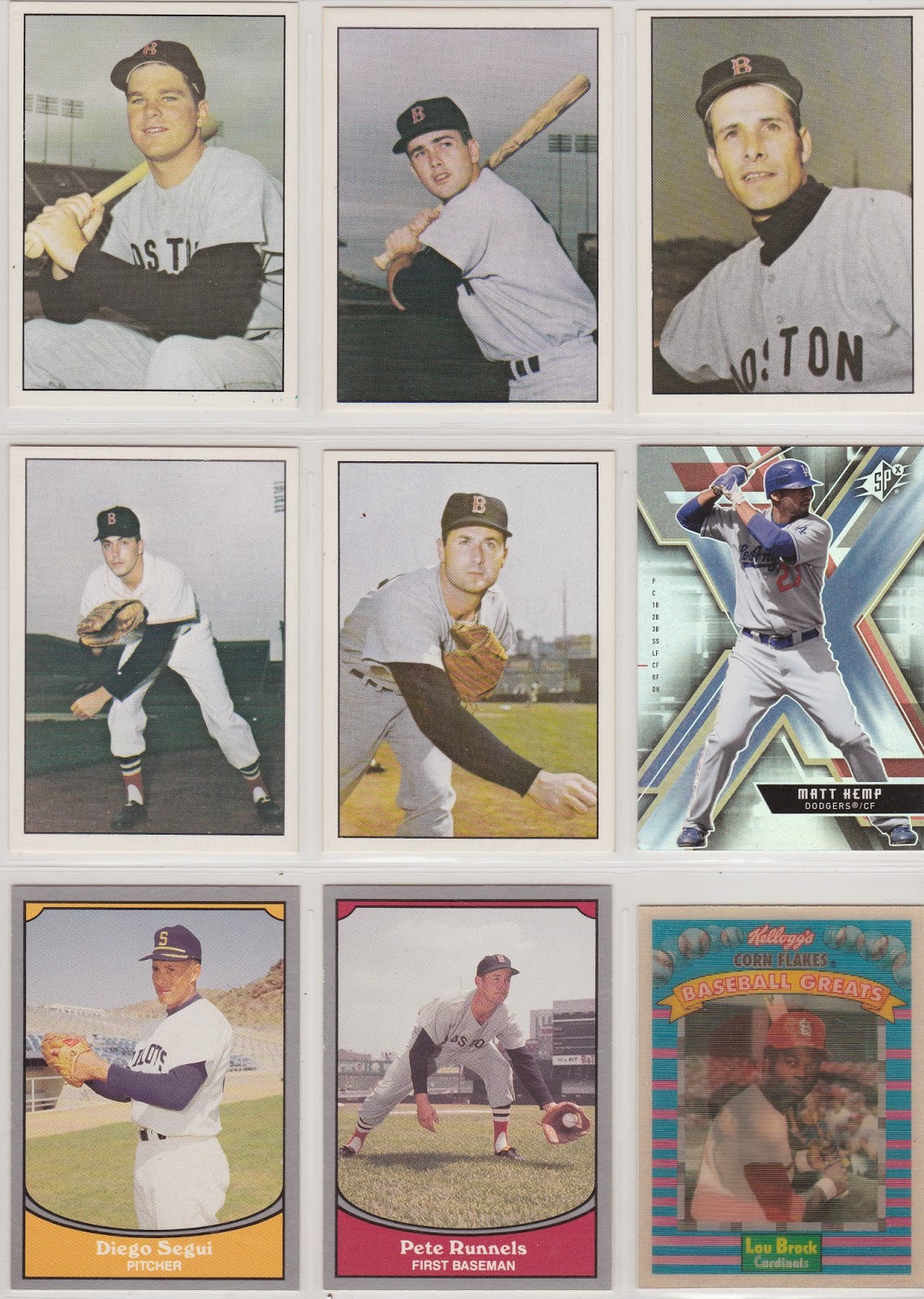 The rest of the cards are: 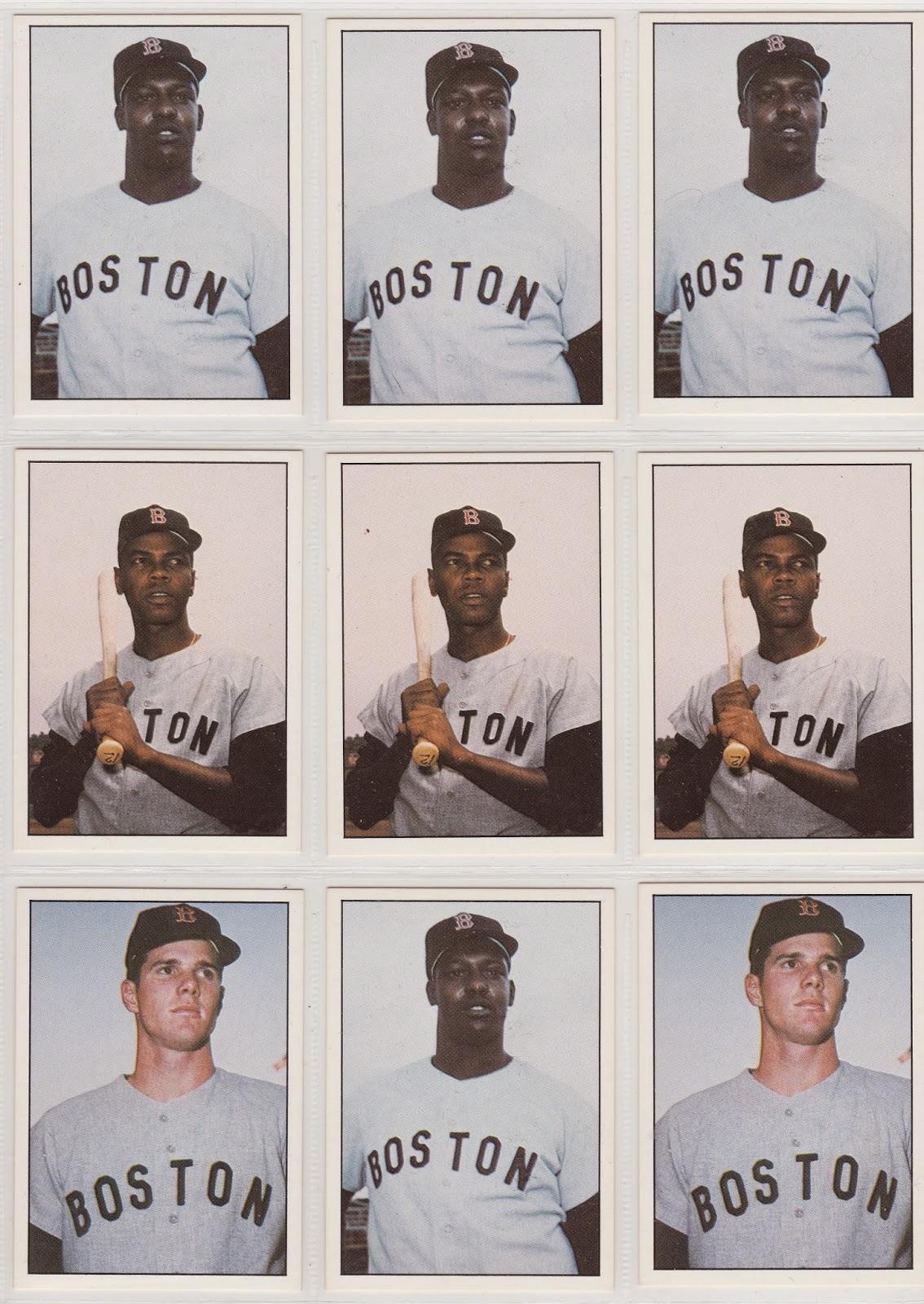 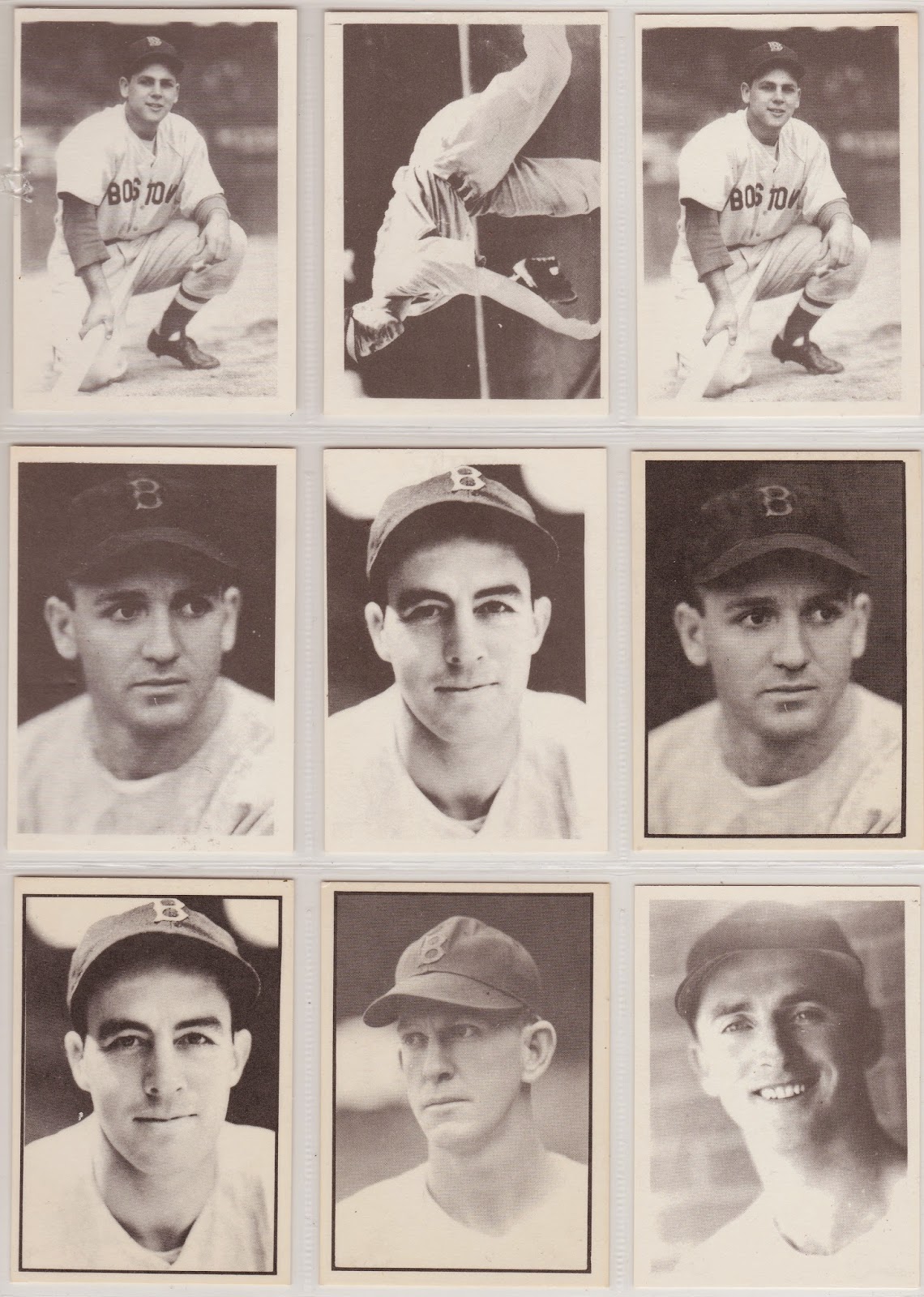 I thought this next page of cards would be harder to figure out. However, it only took Google a couple of seconds to tell me that these cards are from the 1977 TCMA "The War Years Set". The cards I bought are all Red Sox. 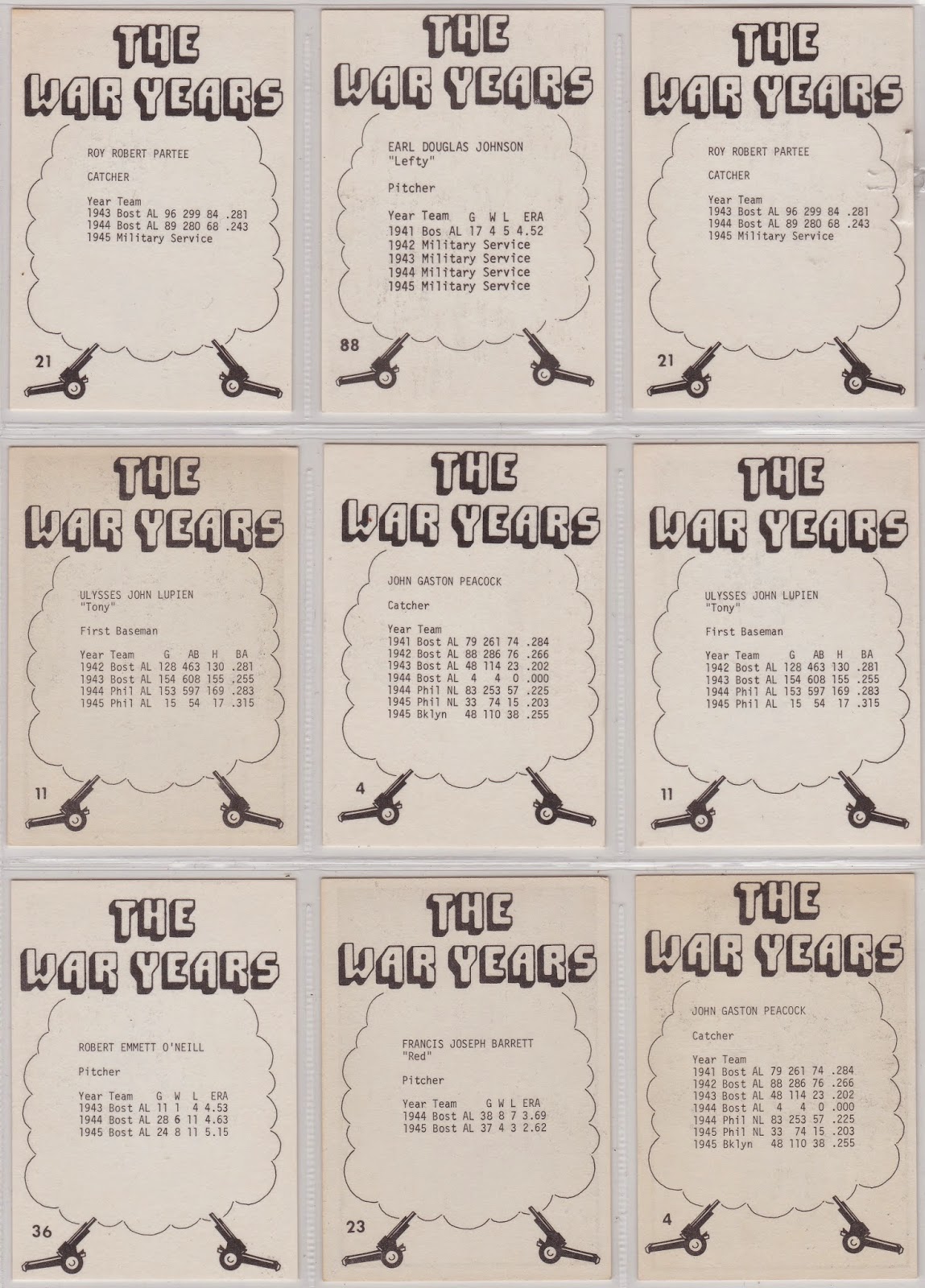 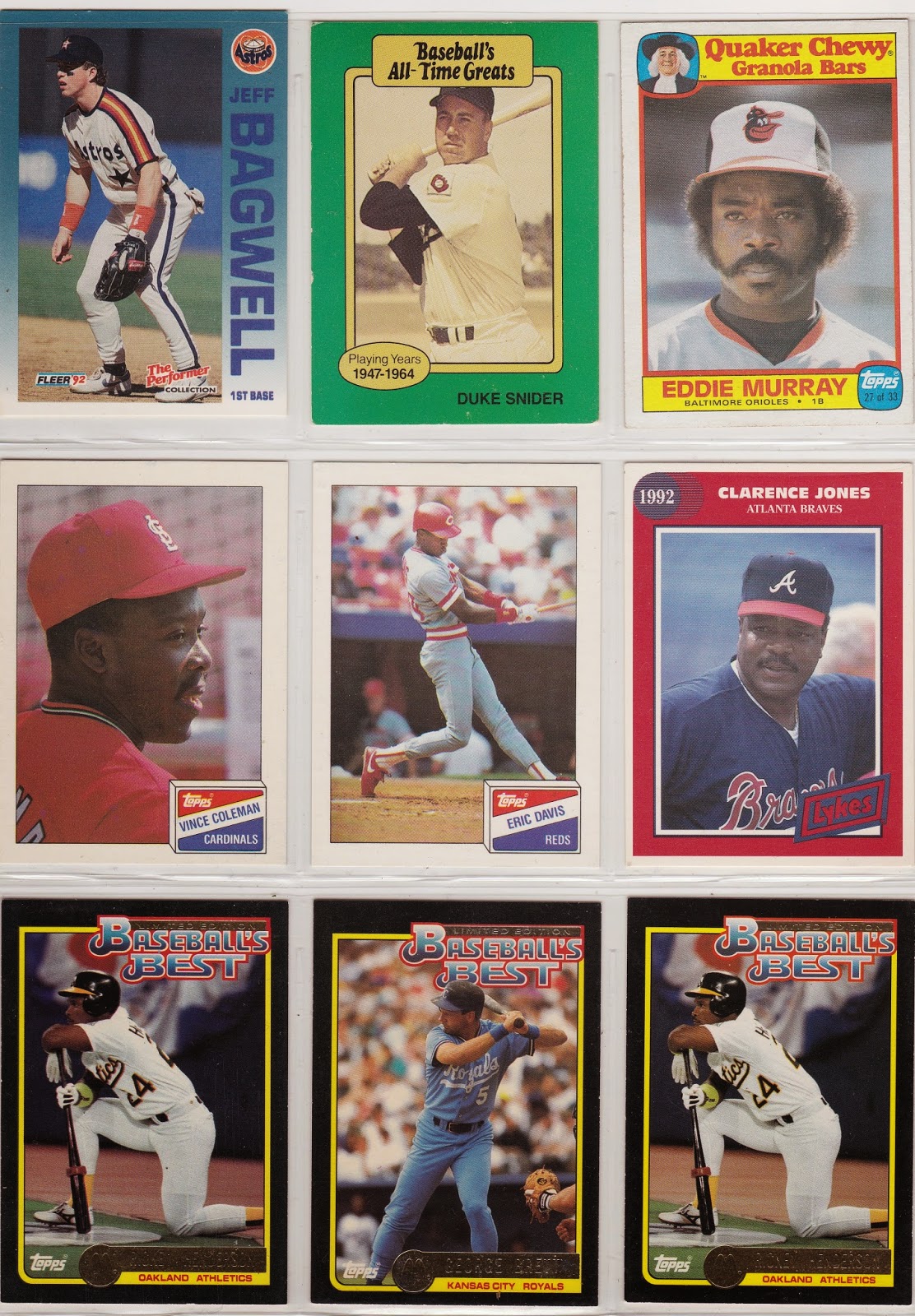 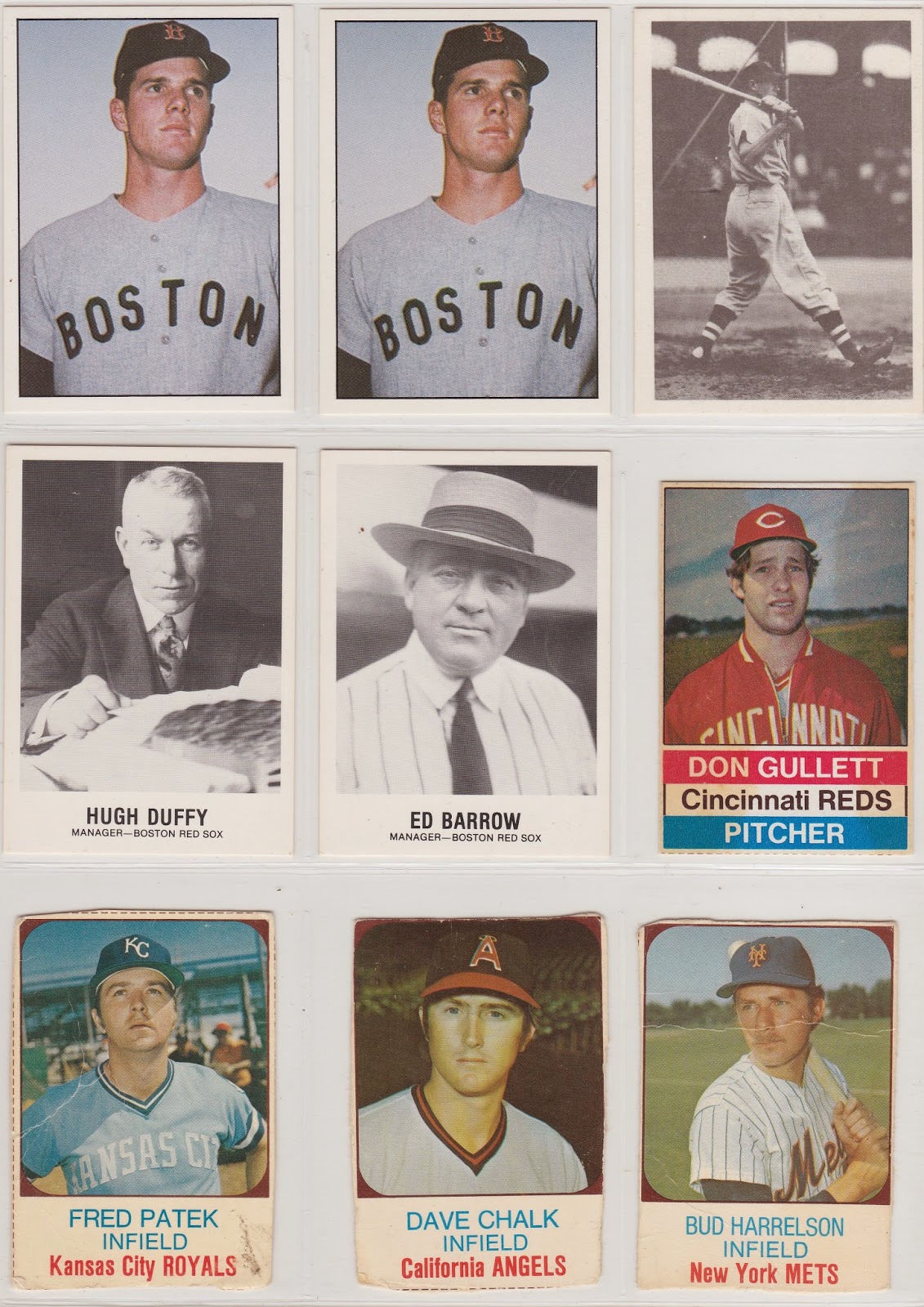 All this set me back only $19, so once again I was able to come away with a bunch of cool stuff for not very much money. As long as this dealer keeps setting up at this show, I'll be buying as much from him as I can and sharing any duplicates I get with anyone who's interested!