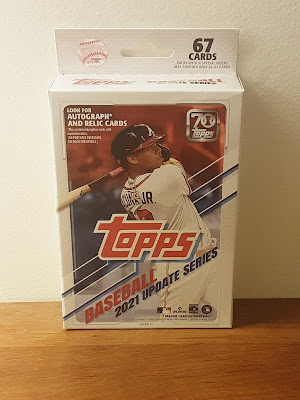 I've posted about the first two hanger boxes I bought and here is the third. The next post will be the fourth box and that will be it for the hanger boxes. I bought these in either January or February at Target for $9.99 each.

Here are the highlights. 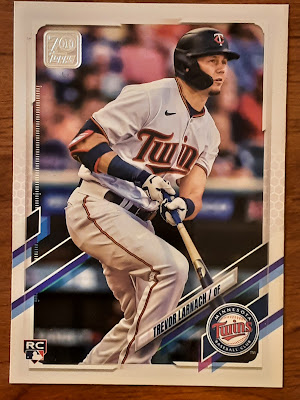 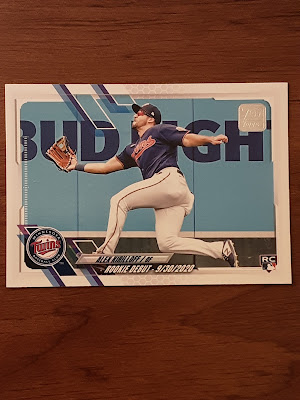 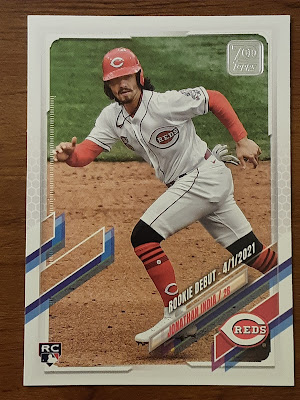 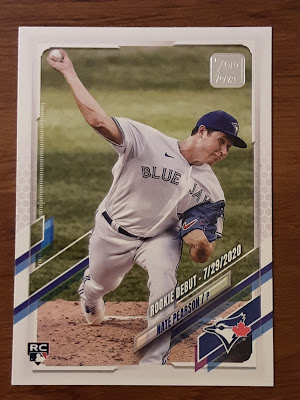 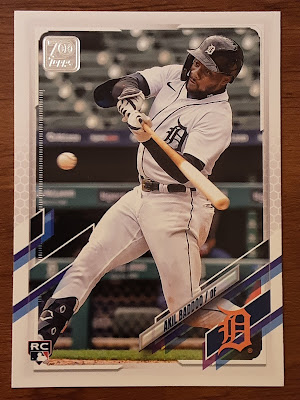 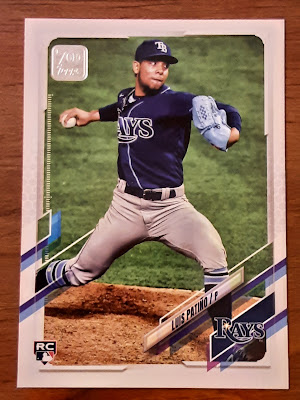 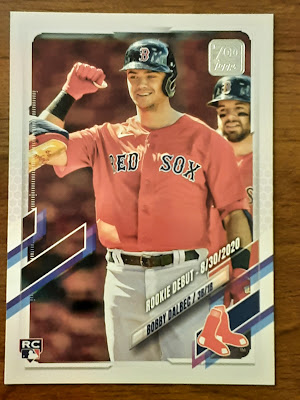 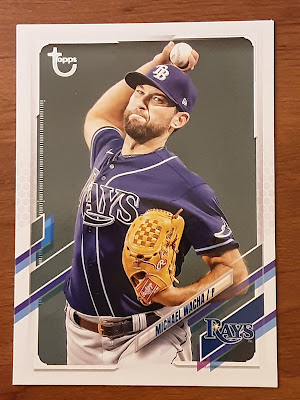 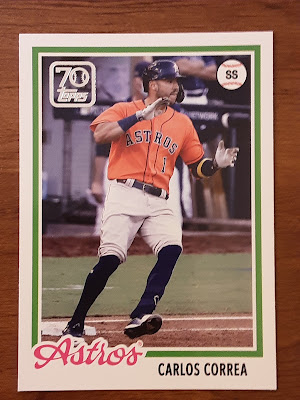 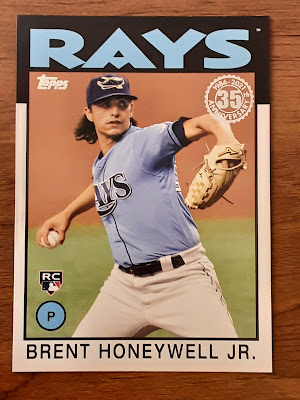 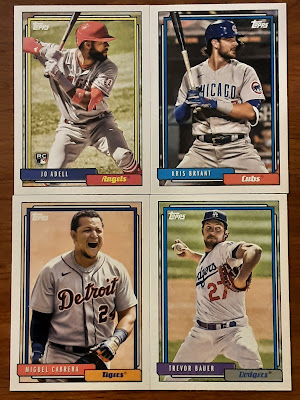 1992 Redux Jo Adell
1992 Redux Kris Bryant
1992 Redux Miguel Cabrera
1992 Redux Trevor Bauer
Nice to finally get the Kirilloff and Dalbec Rookie Debut cards.
Thanks for reading!
What I'm Listening To While I Post This
The Human League - Don't You Want Me
Posted by Swing And A Pop-up at 6:11 PM