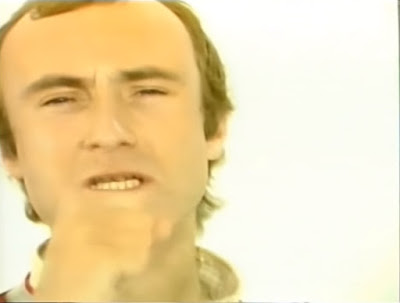 My blog anniversary that is.

I wish I could do a blog about music. I've spent most of my life around it...whether it be listening, rehearsing, performing...there really hasn't been an instance where music hasn't put me in a better mood.

But I can't even do this blog on a regular schedule...much less add another one.

I was a huge Genesis/Phil Collins fan back in the 80's. No Jacket Required is still one of my favorite albums of all time. I've read that this album has not held up over the years, but I don't care. I'm not ashamed to say I like it. I don't care what the public perception is about any artist. I like what I like. For example, I was walking my dog this evening listening to Creed. I do believe whenever there is a "Worst Band" poll, they come out on top.

So I've been blogging since February of 2013, and I've published 370 posts. My first year I did 172 posts, last year 11. I'ts not been lack of anything to post about, just lack of time or energy. I've made it a point over the past week to read blogs again and have thrown up a couple of posts. 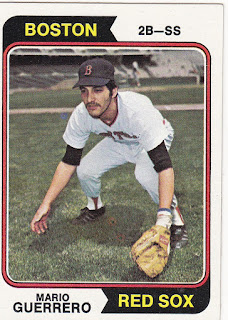 One of the things I often write about when I do post is my lack of organization. I'm forever sorting cards and really getting nowhere. This card is from a stack of thirty-two 1974 Topps that have been sitting in a bottom drawer waiting for me to post about them. 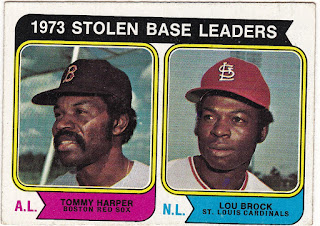 Here's something you don't see every day. A Red Sox player as the stolen base leader.

Although that's probably not nearly as surprising as finding out that Reggie Jackson was tenth. 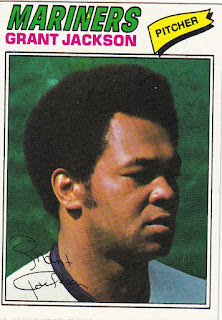 1977 was the first year I collected baseball cards, but I still have a long way to go to finish this set. I think this stack of eighty-six cards came from a card show some months (or maybe even a year) back. Say hello to Grant the Hatless Mariner. Although he was drafted by Mariners in the expansion draft, he never played for them, as he was traded to the Pirates a few weeks later. 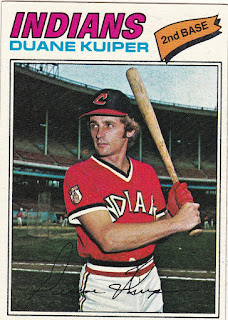 I am still amazed that he only hit one home run over his career. 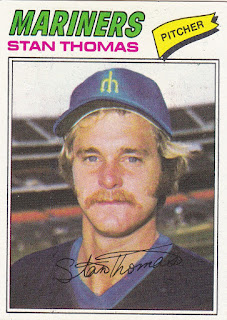 I love the lousy airbrushing jobs on some of these cards. 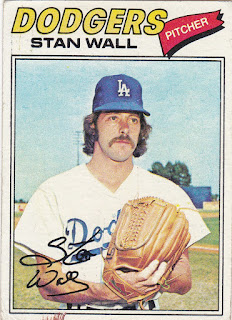 What a difference a year makes. I can go through every card in the 1978 set and recognize everybody. The 1977 set has a whole bunch of players that I have no idea who they are. 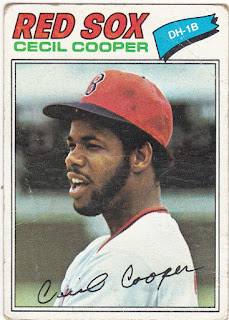 When I was a kid, I would get so excited when I got a Red Sox card from this set. I still do. I love this set and was glad to see it represented in last year's Archives. 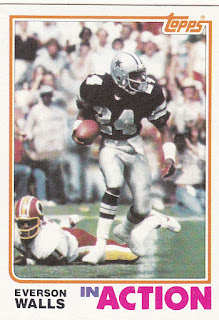 Another set from my youth that I need a lot of cards from is 1982 Topps Football. I managed to score a stack of fifty towards it. I think I paid a dime a piece for each of these cards. I can't remember for sure though.

Even though the Boston teams are my favorites, I was a huge Dallas Cowboys fan in the 70's and 80's to the point where I could name every player from Roger Staubach to Scott Laidlaw. Everson Walls was my favorite player of that time period. 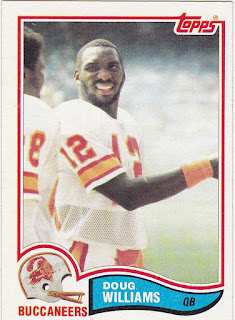 You had to feel bad for anybody that played for Tampa Bay the first few years. I remember rooting for them when the made the playoffs for the first time during the 79-80 season. 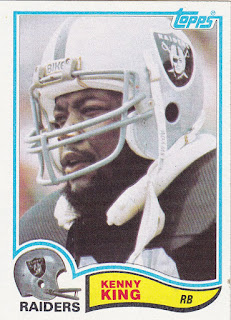 Kenny King. I remember seeing him taking a screen pass 80 yards to the house in Super Bowl XV. 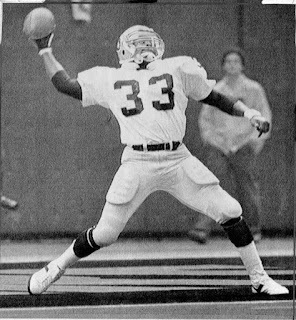 3 posts in a week! Maybe that music blog isn't such a crazy idea after all.