I received a package in the mail from Kerry at Cards on Cards. I opened it up and it was full of Oakland A's. I wondered why I had gotten a stack of cards from that team...then I vaguely remembered something about a giveaway and I picked the A's because the Red Sox had already been taken.

And I never turn down free cards.

So here are a few highlights: 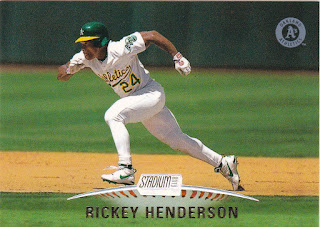 You can never go wrong starting off with Rickey Henderson...who also happens to be my favorite Oakland A's player. 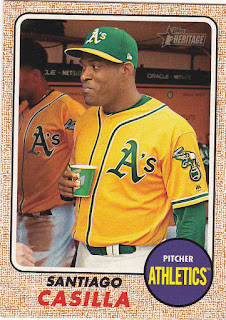 I've always been a fan of the yellow and green uniforms. 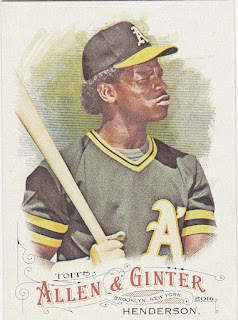 Just because it's Rickey Henderson. 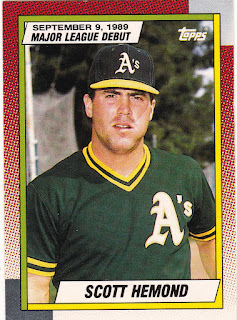 I've always been a fan of the Topps Major League Debut sets. I was lucky enough to find this entire set for $1 several months later at a card show. 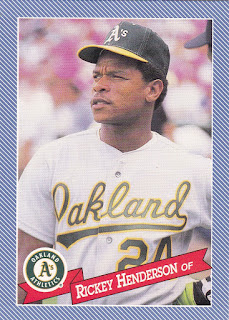 This is from the 1993 Hostess Baseballs set. I ate a ton of those snack cakes to try to complete this set. I actually don't think I have this card. 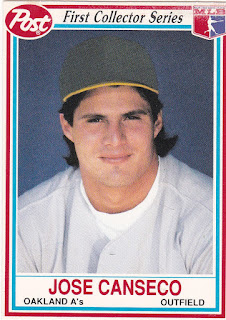 As you may know, I am a big fan of oddball cards. I also was a big fan of Jose Canseco in the 80's and 90's. I was extremely excited when the Red Sox traded for him in the mid 90's. 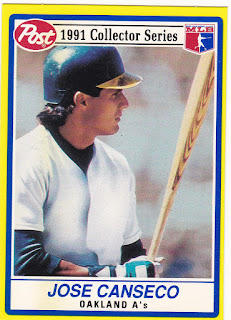 Although since in the past we had Dom DiMaggio, Jeremy Giambi and Mike Maddux, I'm surprised they didn't sign Ozzie instead. 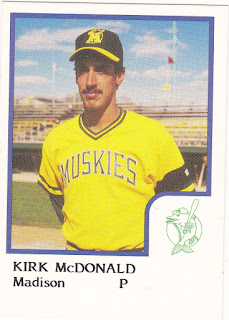 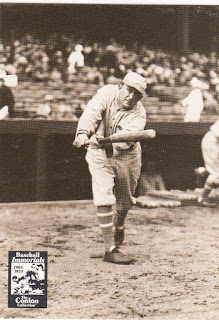 There were also a few cards from the Series 5 Baseball Immortals set which was released in 1988. These are cards that I would have had no interest in back then. But as you get older, things change. 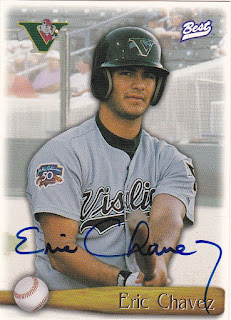 What do you say we close out this post with a couple of autographs. The first one is Eric Chavez from Best cards. The back of the card says "Authentic Autograph Card from the Best Card Company." Get it? 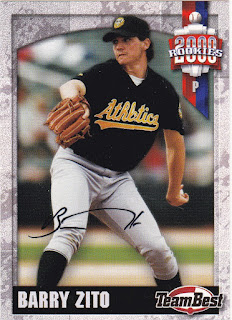 And now from Team Best is Barry Zito. I have no idea if Team Best and Best are the same company or not. Googling the name does not bring up either, so it's a safe bet the "Best" card company is no more.

A much belated thank you, Kerry!