Quite often when I'm rummaging through dimeboxes, I'll see where someone has decided that their player collection no longer has the worth that it used to. This particular time, I saw a plethora of Drew Bledsoe cards. I only was interested in rookie cards and inserts from his rookie year. 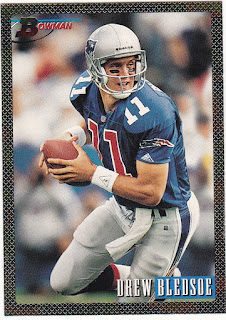 1993 Bowman Foil. I already have this card but at ten cents I'll take two more please! 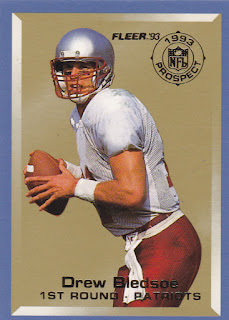 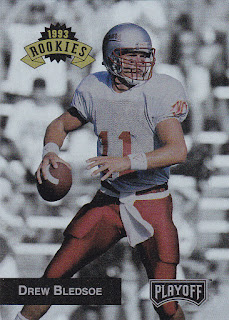 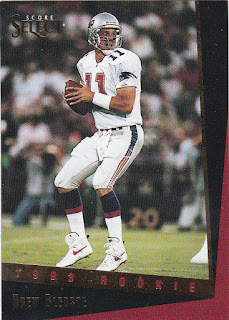 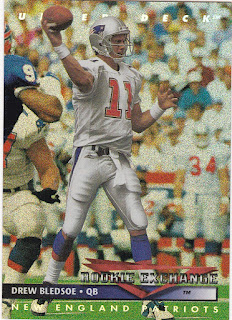 Most of these cards book for around five or six dollars, so I was quite happy to find them for so cheap.

With only a few more hours left in 2017, I hope everyone has a safe and happy New Year!
Posted by Swing And A Pop-up at 4:19 PM