Well, this weekend was the local card show and I had one goal in mind. Get as close to finishing 2016 Heritage as you can. So far this year I'm two cards away from finishing 2016 Topps Series 1 and I've finished 2016 Topps Opening Day. I've bought a box plus a random assortment of packs and hanging boxes and have come up one hundred and twenty-seven cards short of completing the base set. 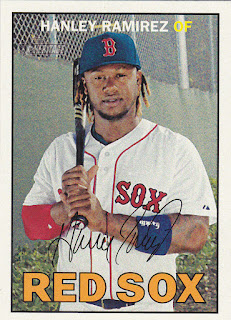 The first table I went to always has a bunch of singles from the past few years. I was happy to find a couple rows of Heritage and believe it or not...I was able to find all hundred and twenty-seven cards I needed! I also grabbed a couple of memorabilia cards that they had priced at a buck a piece and paid ten dollars for the whole haul. Not bad for starters. I had been there about twenty minutes and had already accomplished what I had set out to do. 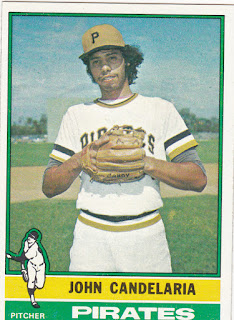 Next I went to the dealer that usually has all of the oddball cards. Unfortunately all of the vintage football, hockey and basketball that I passed on last month was not here this time. Oh well, my loss.

There was only a few cards that I was interested in on his table, so I picked up this 1976 Topps John Candelaria. 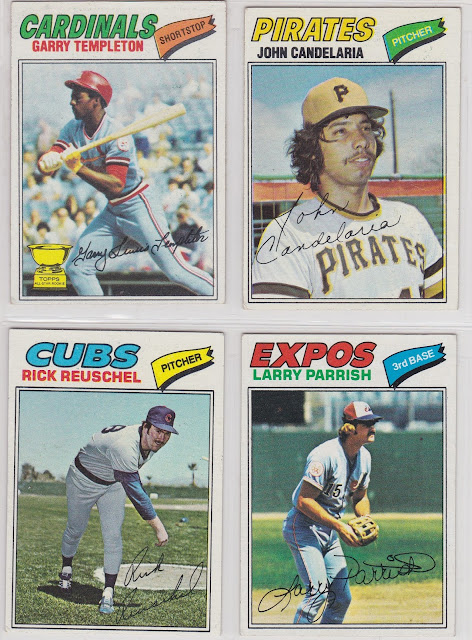 I think I might have all of these already, but they are better copies. 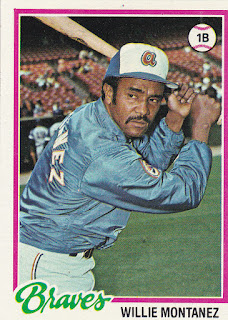 After this I went to another table (which ended up being the last one that I purchased anything from). He had a bunch of monster boxes of cards, (which were not sorted in numerical order...a pet peeve of mine), but nonetheless I was able to disregard my feelings of anguish and fill some wantlist needs. 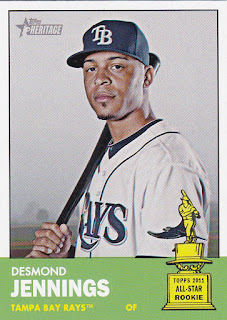 First I was able to find thirty-four that I needed from 2012 Topps Heritage. Still have a long way to go on this one. 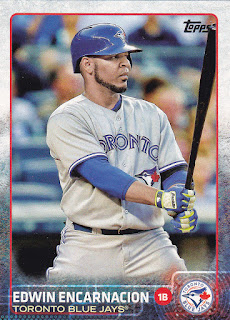 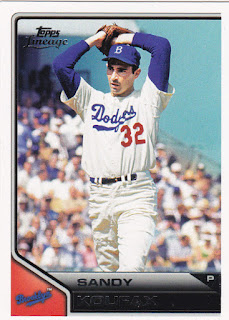 Going through the monster boxes, I was able to find some from a set I really liked, 2011 Topps Lineage. I needed almost half the set, and was able to find a whopping eighty-seven cards that I needed!

I only need four cards to complete the set. I am missing...

If anybody out there has any of these four, I'd like to make a trade for them. I'm sure I've got some cards in return that you would need. Additionally, I'm now working on 2016 Bowman. Is anybody out there doing that set?

Once again, I was able to get a good amount of cards for very little money. Another successful show in my opinion.