Didn't Expect To Hear From Me Today, Did You? (Part III)

Today is my forty-seventh birthday. I'm just a few years from middle age...that is if I think I'll live to be one hundred. Chances are thought, that I hit middle age about ten years ago, since the life expectancy of a male in the Unites States is around seventy-eight.

But enough about me. This is part three of what I bought at the card show I went to a few months ago. You can read the other two parts here and here.

As I was done looking through the cards he had to offer, I noticed a box on the floor that had a bunch of newspaper and other stuff that looked old. I went through it and found...the Red Sox yearbooks I had when I was a kid! 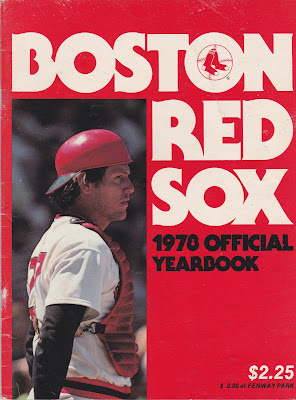 I was psyched when I saw this. This was right around the time I started collecting and really paying attention to baseball. 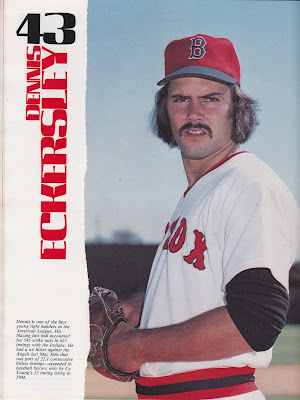 This was his first year with the Red Sox (hence the posed shot). There were a lot of spring training pictures in this book because there were a fair amount of first year Red Sox players. 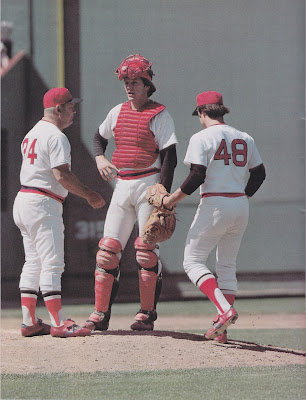 I've never understood why this picture was in the yearbook. Number 48 was Mike Paxton, who wasn't even on the team that year, having been traded in the offseason (with three other players) for Dennis Eckersley and Fred Kendall. 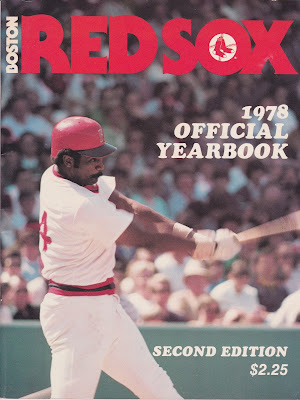 There were two editions of the 1978 yearbook and I got both of them for five dollars. I remember this edition more than the other. I still have pages of it somewhere. 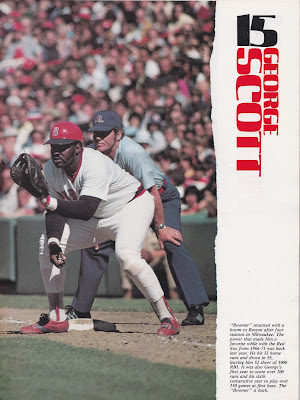 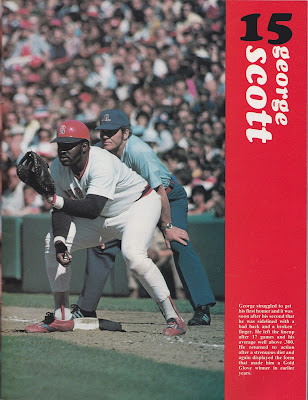 Some of the players had the same photo in both editions. 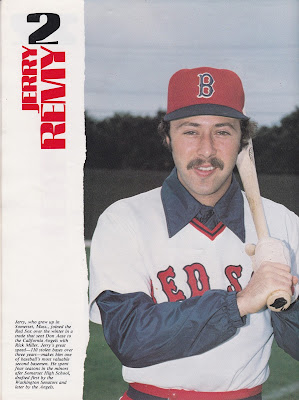 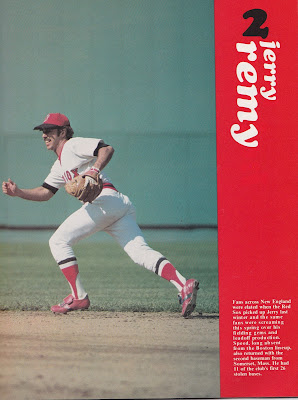 Some had different pictures like the newer players that had mostly posed shots in the first edition, but action shots in the second. 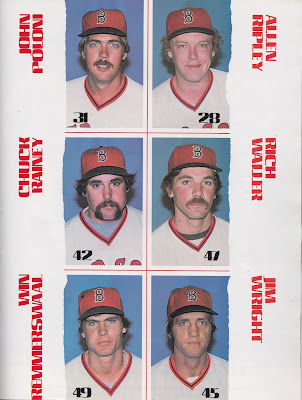 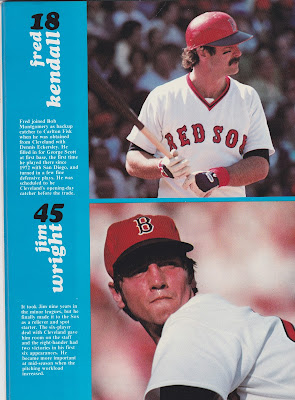 Jim Wright "graduated" from sharing the spotlight with five other players to almost having his own page. 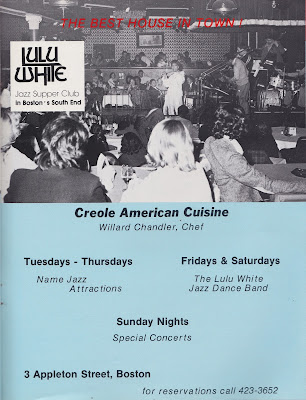 After the game you could have stopped at Lulu White's Jazz Supper Club. You can't today though, because it closed in the early 80's. 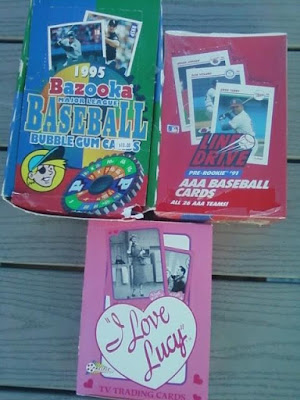 I also picked up three boxes of cards; 1995 Bazooka, 1991 Line Drive and "I Love Lucy". The boxes were five dollars each or three for ten dollars.

The person at the table seemed kind of elated when I bought the 1995 Bazooka box. I wanted it because I had a bunch of cards from repacks and it would be a cheap way to finish it off or at the very least, get pretty close to completing it. 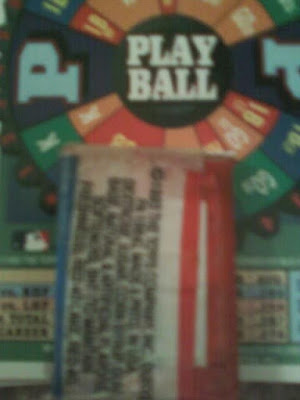 The packs of cards came with a piece of Bazooka gum in them. As you can see, it is stuck to the back of the card. 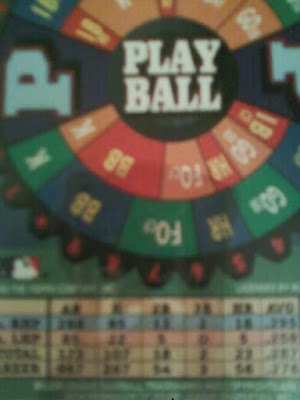 Pulling the gum off leaves a stain... 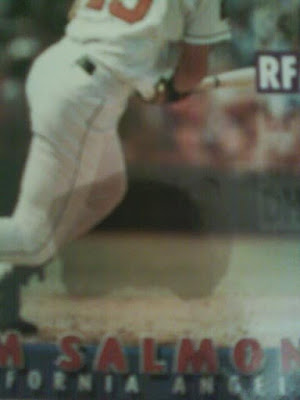 ...that bleeds to through the front of the card. Sometimes it even bled onto the second card, and they stuck together. So I had to throw away at least one card in each pack. No I know why the seller was elated when I bought the box. 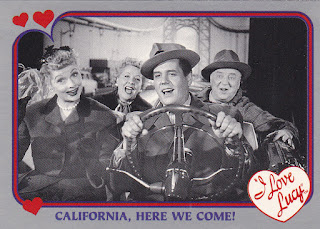 I enjoy picking up cheap boxes of non-sports cards, especially when they feature TV shows that I used to watch when I was a kid. This box was really fun for me to open and definitely worth the three bucks.

That wraps up everything I got from the show I went to a few months ago. I also managed to get to a show last Sunday, so that's what you'll be reading about in my next post. Have a good night!