Well, that's quite a long description of these cards. I won a couple of these off of Listia for only 101 credits. 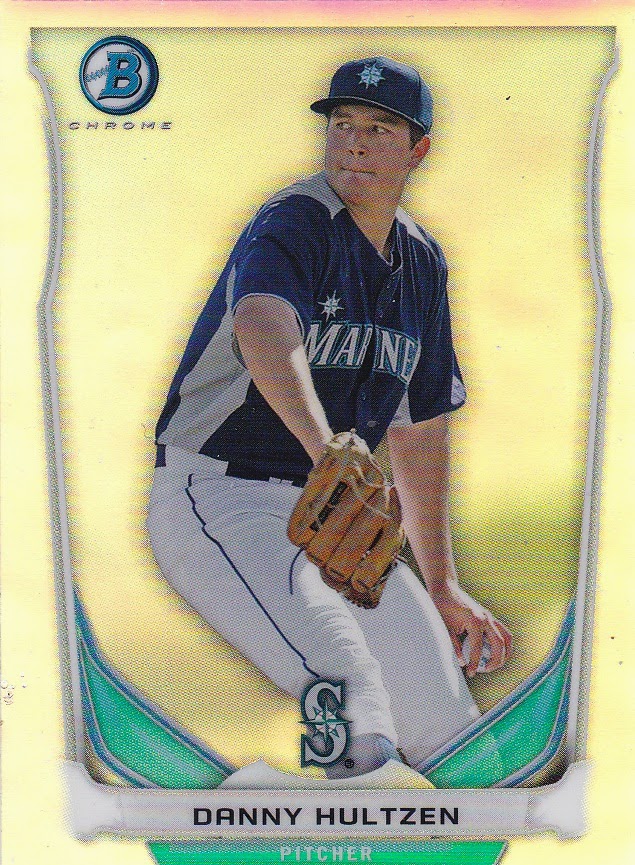 Danny Hultzen was the second player selected in the 2011 Major League Draft but hasn't pitched since 2013 because of shoulder injuries and rotator cuff surgery. 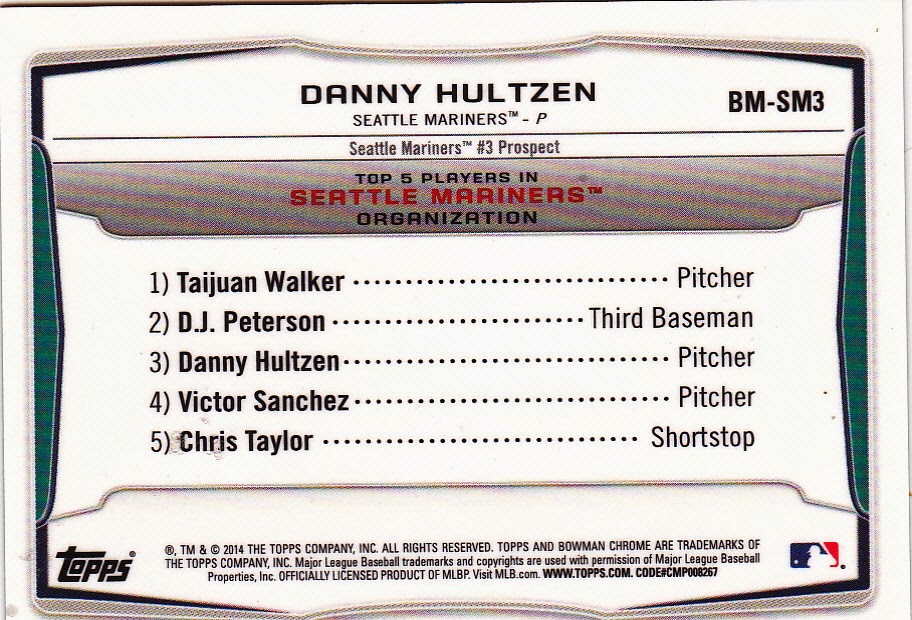 The back of the cards show the top five players in the organization. 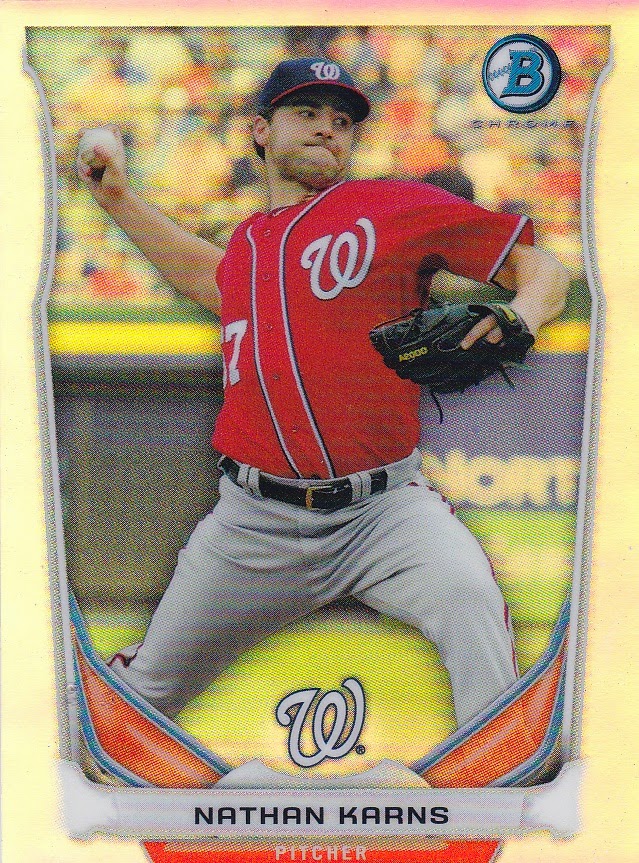 The Washington Nationals selected Karns in the twelfth round of the 2009 draft and he spent some time with the big club in 2013. He was traded to the Tampa Bay Rays in early 2014 and started two games for them, with a record of 1 - 1. 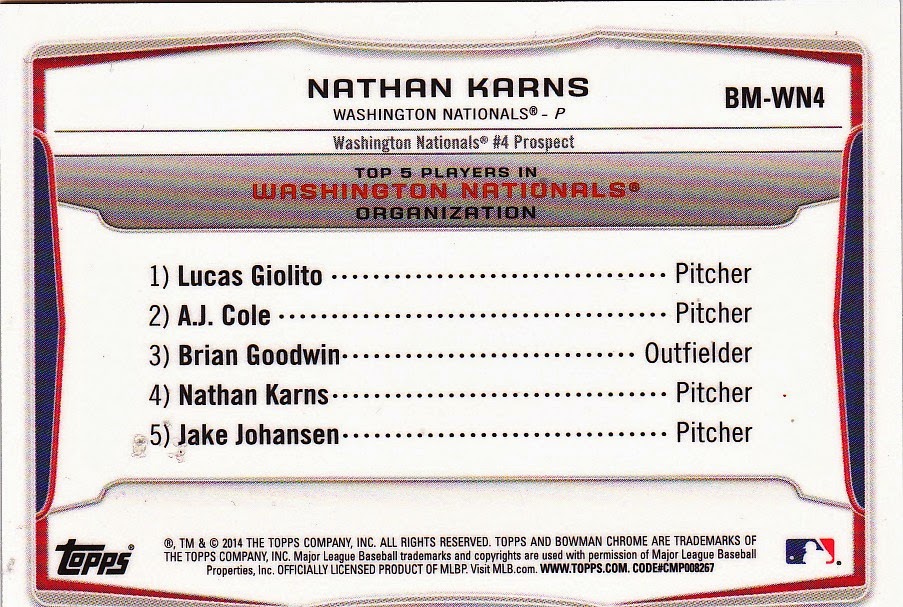 Now you know why I got these for so cheap.