So after spending $5.50 at the first table (you can read about that post here), I walked on over to my favorite table, the one with all of the oddballs. I noticed an older gentleman looking at a binder and realized in horror that it was opened to a page of Hostess cards!

I panicked. He cannot have those! I searched my surroundings for some sort of weapon or possibly some Benchwarmer cards to distract him. Before I had to resort to such drastic measures, he moved on to another table. I'm pretty sure he knew those cards were not meant for him. 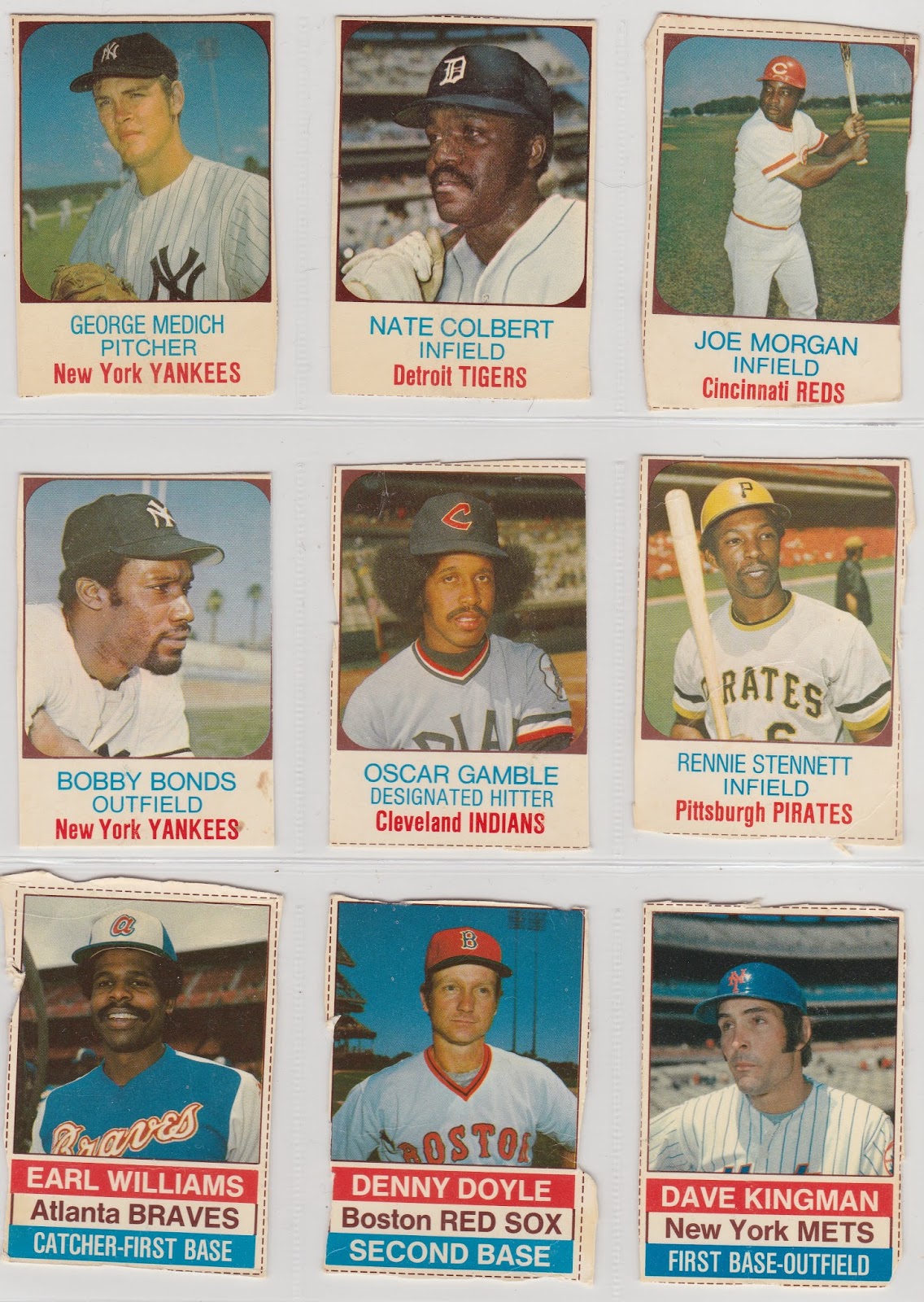 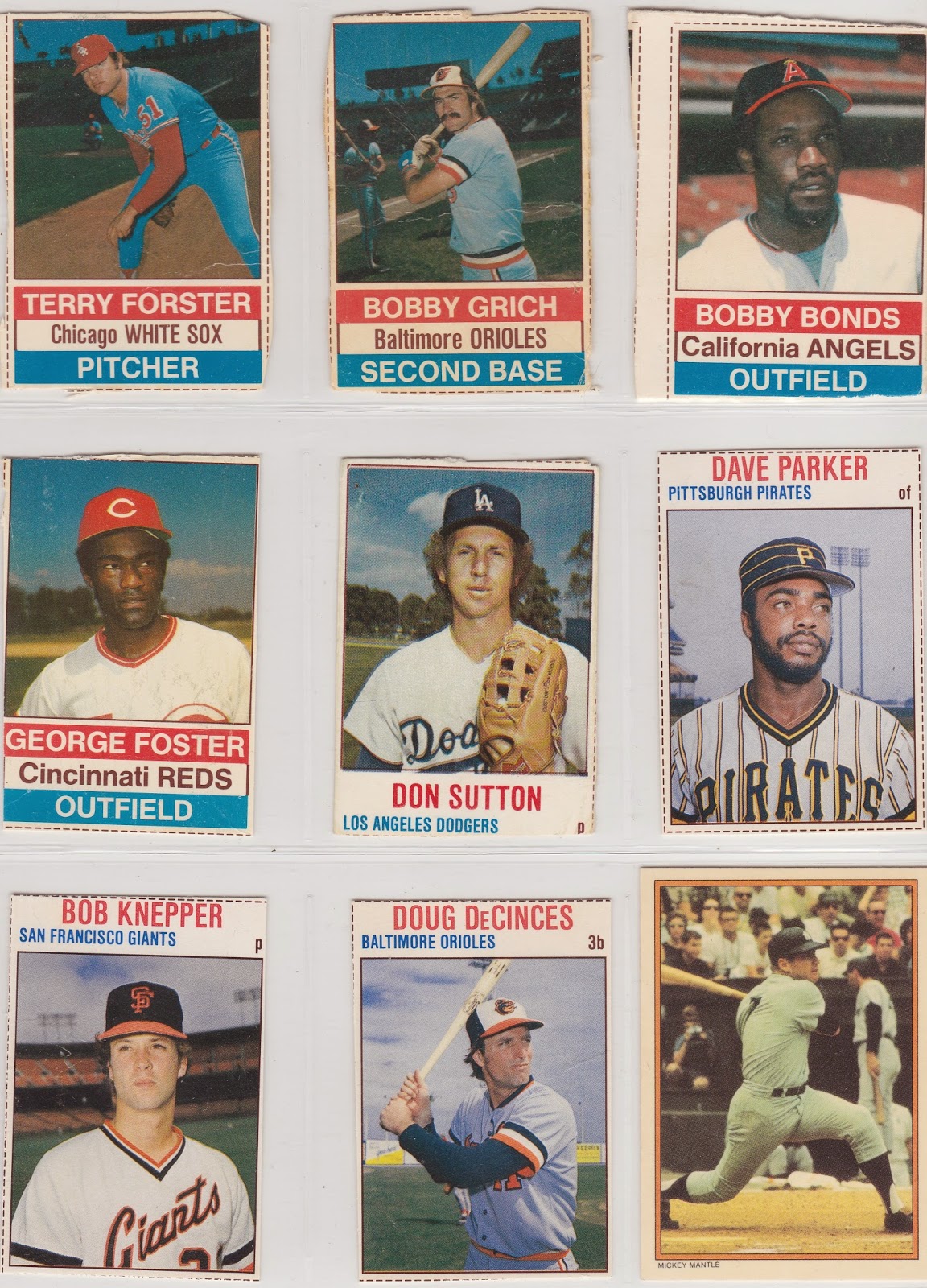 This page included four more from the 1976 set. The Don Sutton card was from 1978, and the other three Hostess cards were from the 1979 set.

The Mickey Mantle card on the bottom right is from the thirty-three card 1985 Circle K All Time Home Run Kings set. The checklist has thirty-four cards listed, but the Joe DiMaggio card (card number thirty-one) was never issued due to licensing problems. 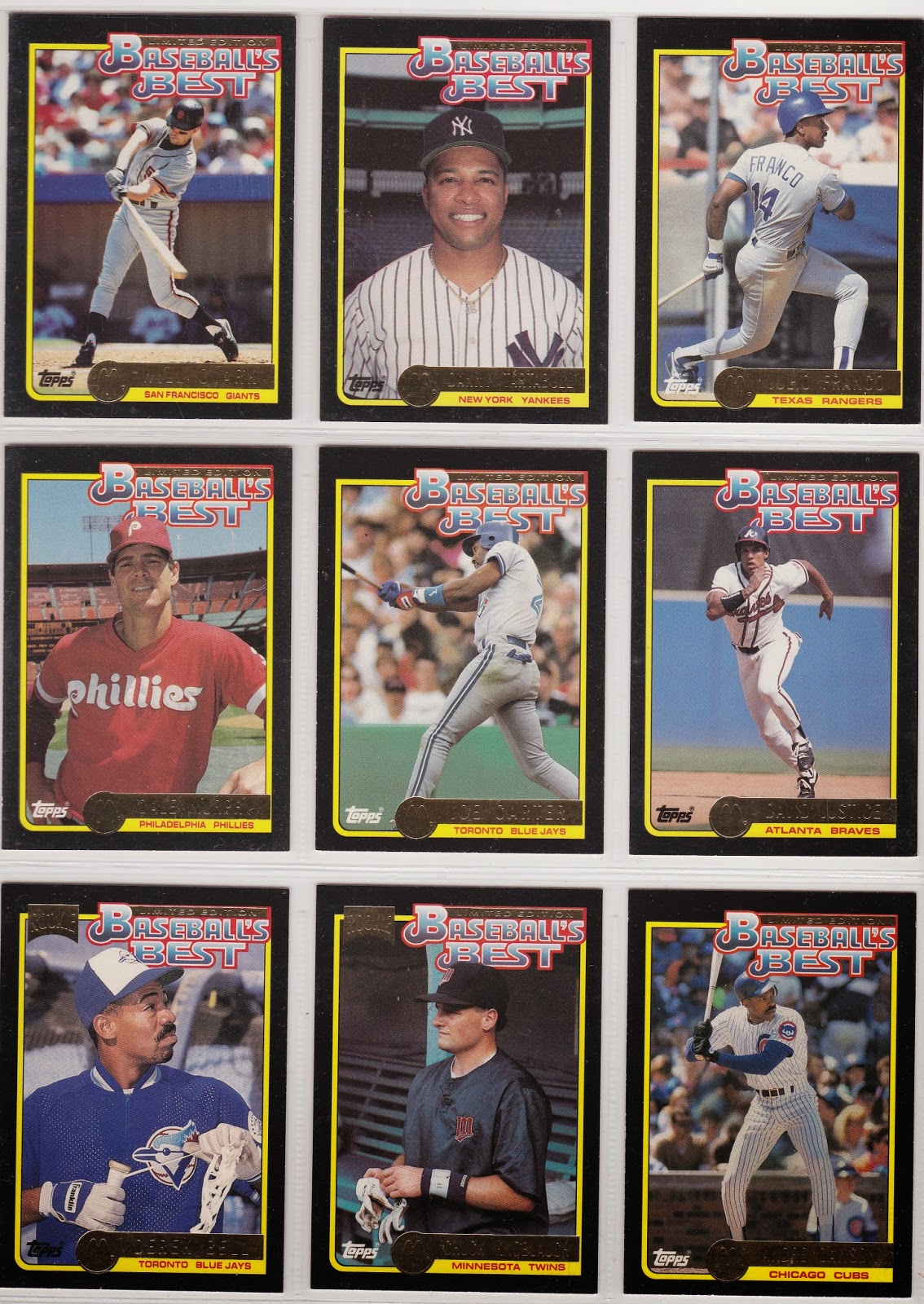 I picked up a few cards from the 1992 Topps McDonald's Baseball's Best from him a couple of months ago. He had some full pages of them still, so I snagged four of them. It's a forty-four card set and with these additions I should be well on my way to completing it. 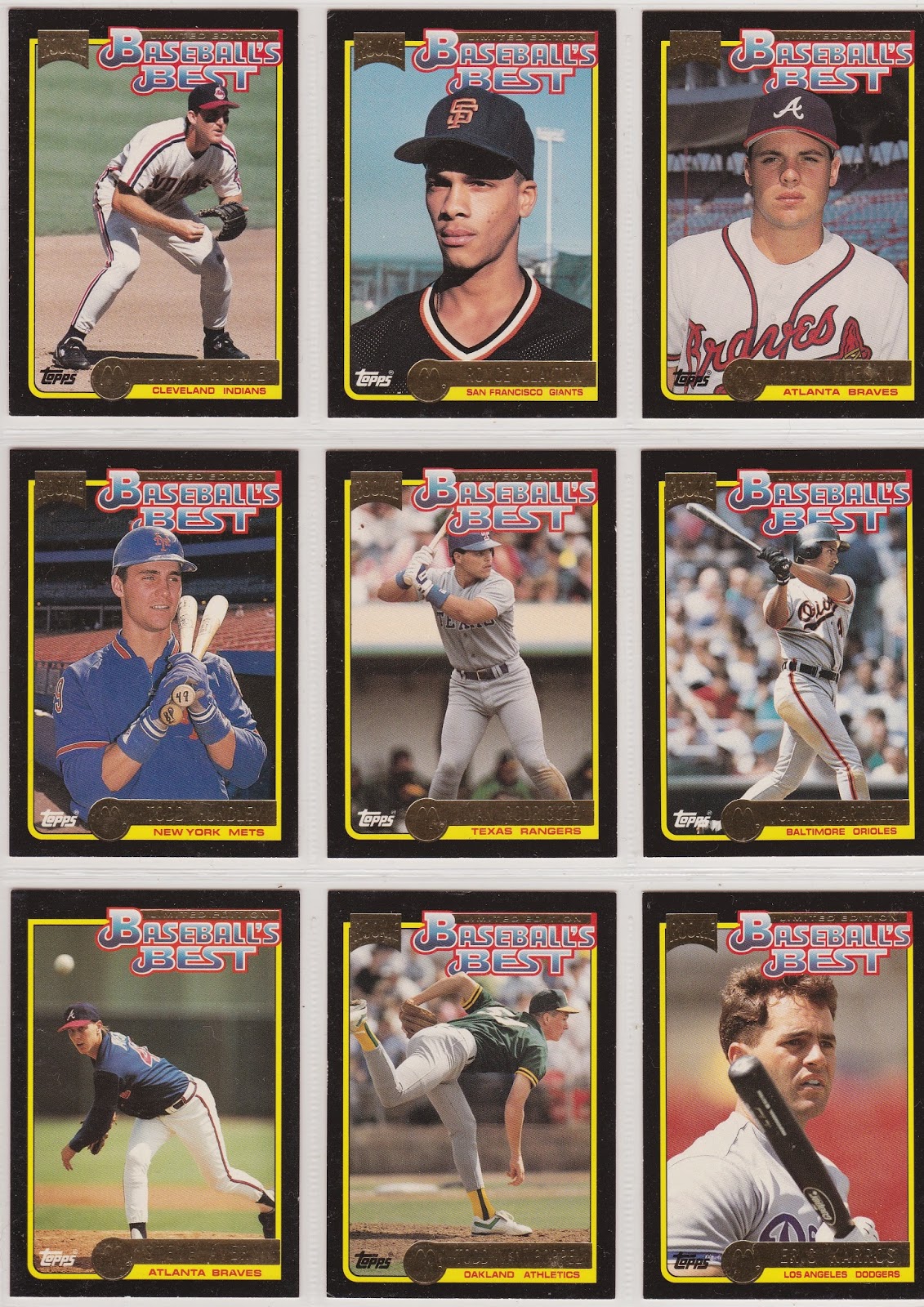 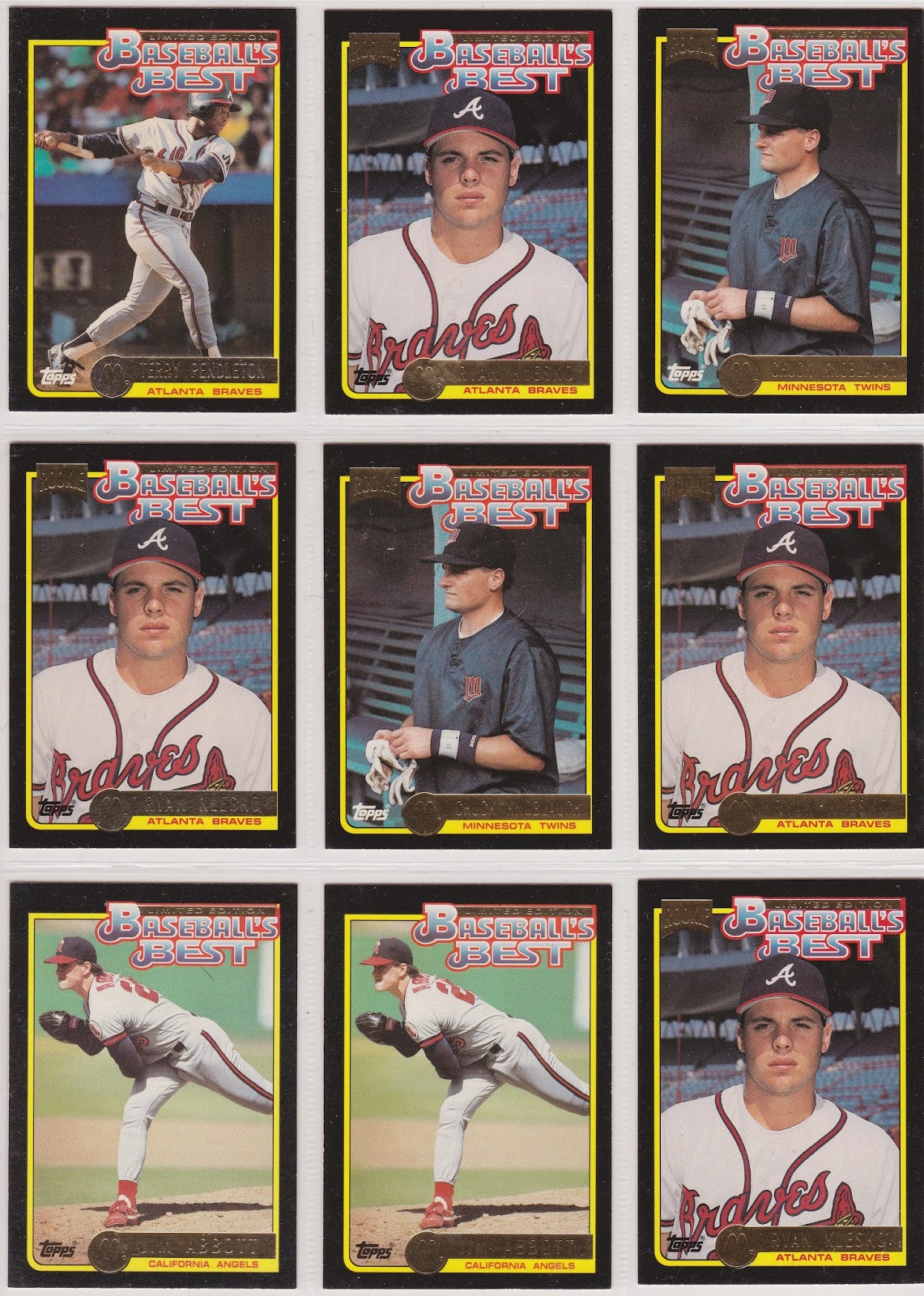 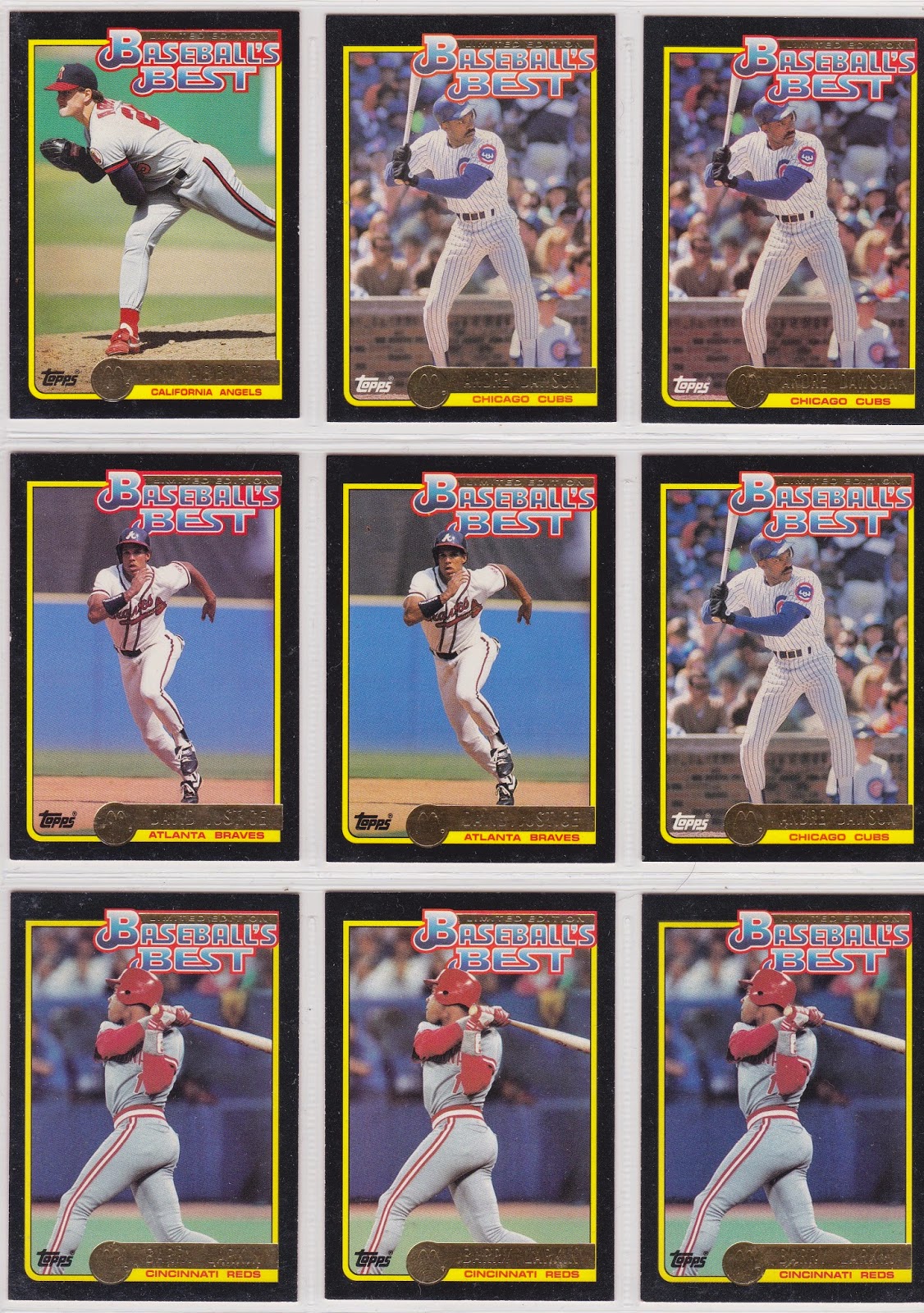 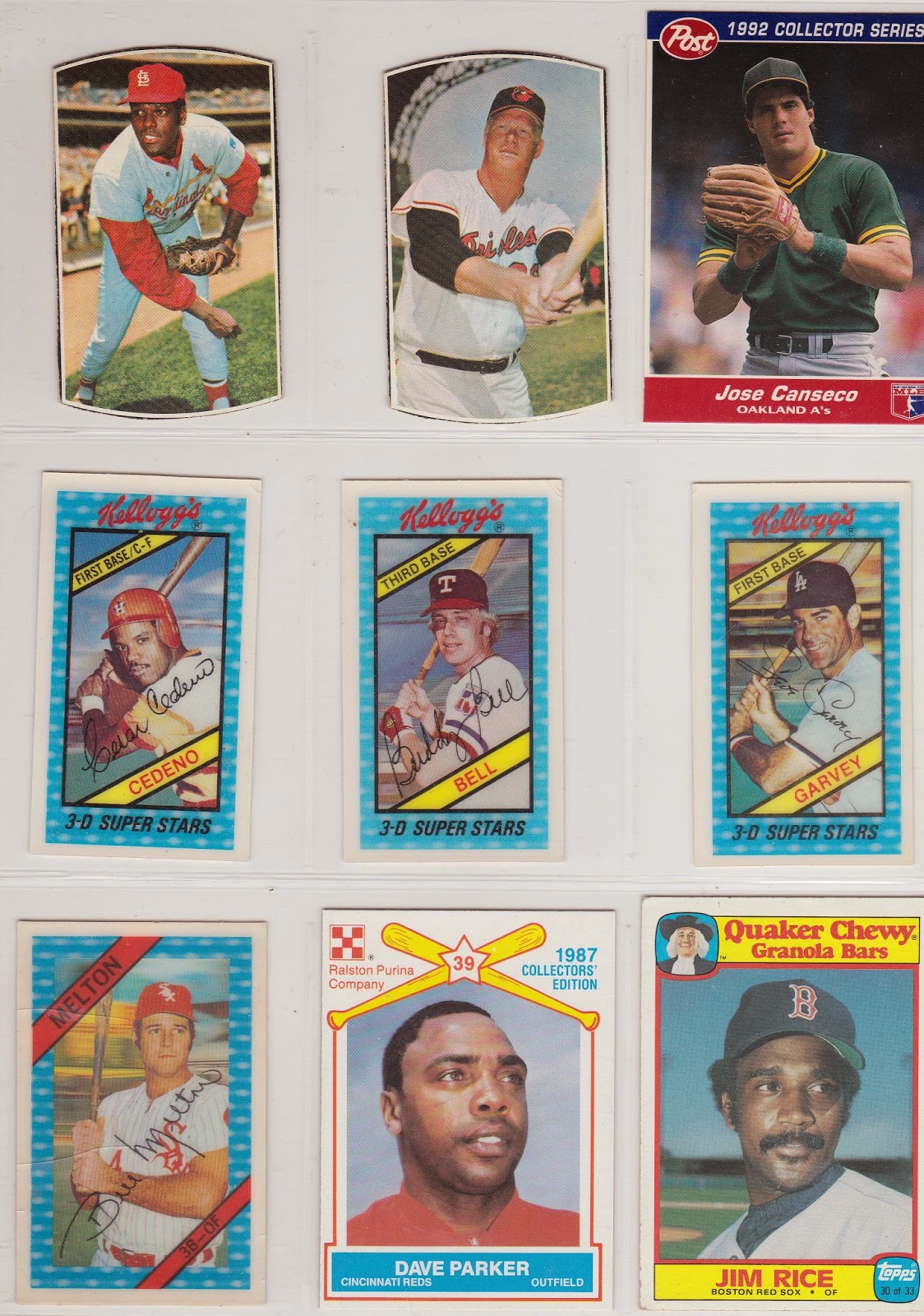 The first two cards from this page have me stumped. I have no idea what they are. They were probably cut out of a macaroni and cheese box or something like that. The backs are blank and they don't have any stats or even identification of the player (although it's pretty obvious who they are).

1992 Post Jose Canseco. This is from a thirty-card set that was available in cello packs found in specially marked boxes of Post cereal.

More Kellogg's cards to add to my collection! The Cedeno, Bell and Garvey are from the 1980 set and the Melton is from the 1972 set.

The Dave Parker card is from the fifteen card 1987 Ralston Purina set. A package of three cards plus a contest card could be found in certain varieties of Ralston Purina's breakfast cereal. You could also obtain the set (as an uncut sheet) through the mail. In addition to the version that I have (1987 Collectors' Edition), you can also find this card with "Honey Graham Chex" or "Cookie Crisp" printed at the top.

The Jim Rice card is from the thirty-three card (thirty-four if you count the offer card) 1986 Quaker Chewy Granola Bars card set. 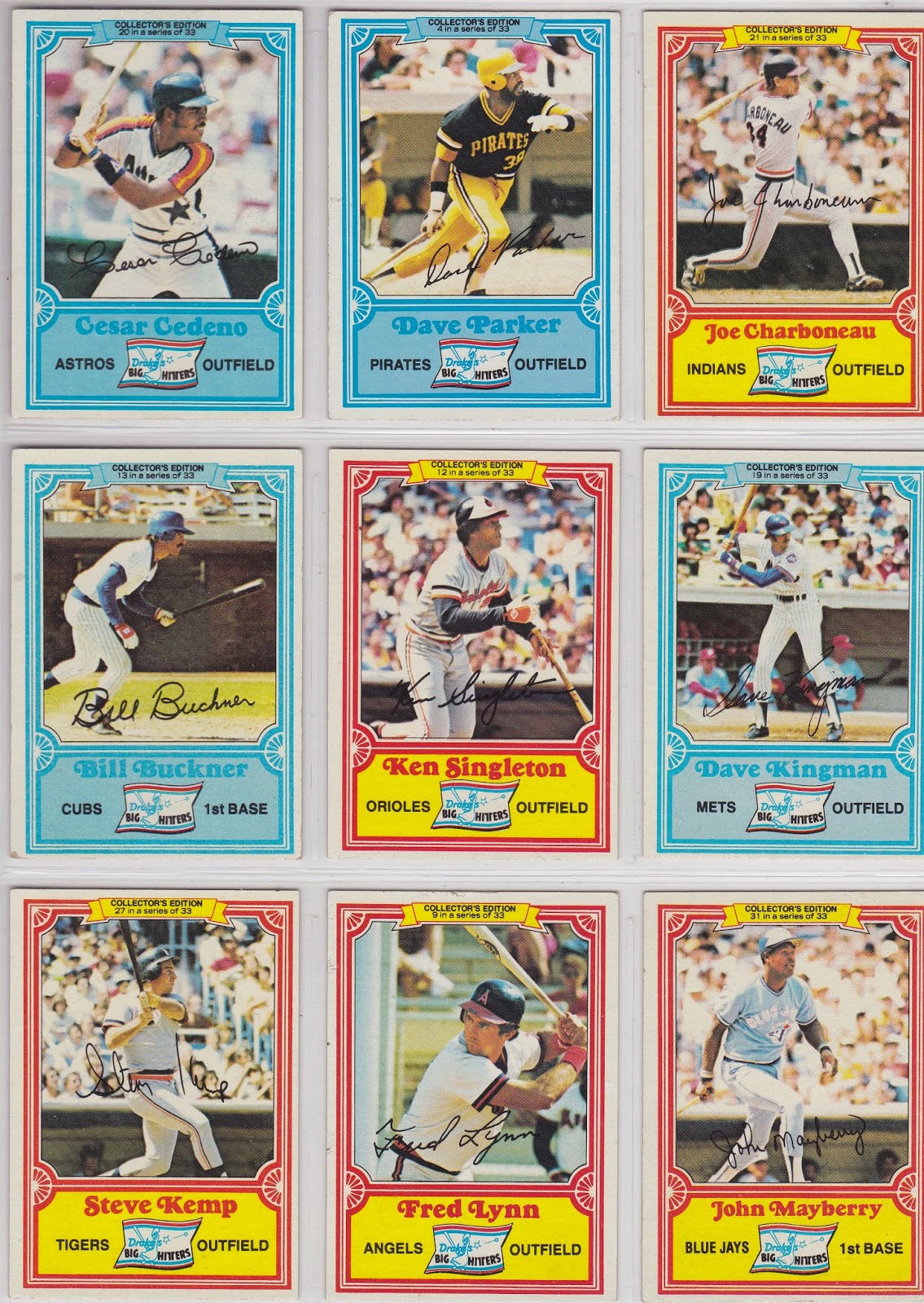 The cards on these next two pages are from the 1981 Drake's Big Hitters Baseball set. Produced by Topps, this thirty-three card set features the top hitters from the previous year. You could find these cards inserted into specially marked boxes of Drake's products. The backs of the cards (except for the Drake's logo) have the same design as the Topps cards.

And look, it's a Joe Charboneau sighting! 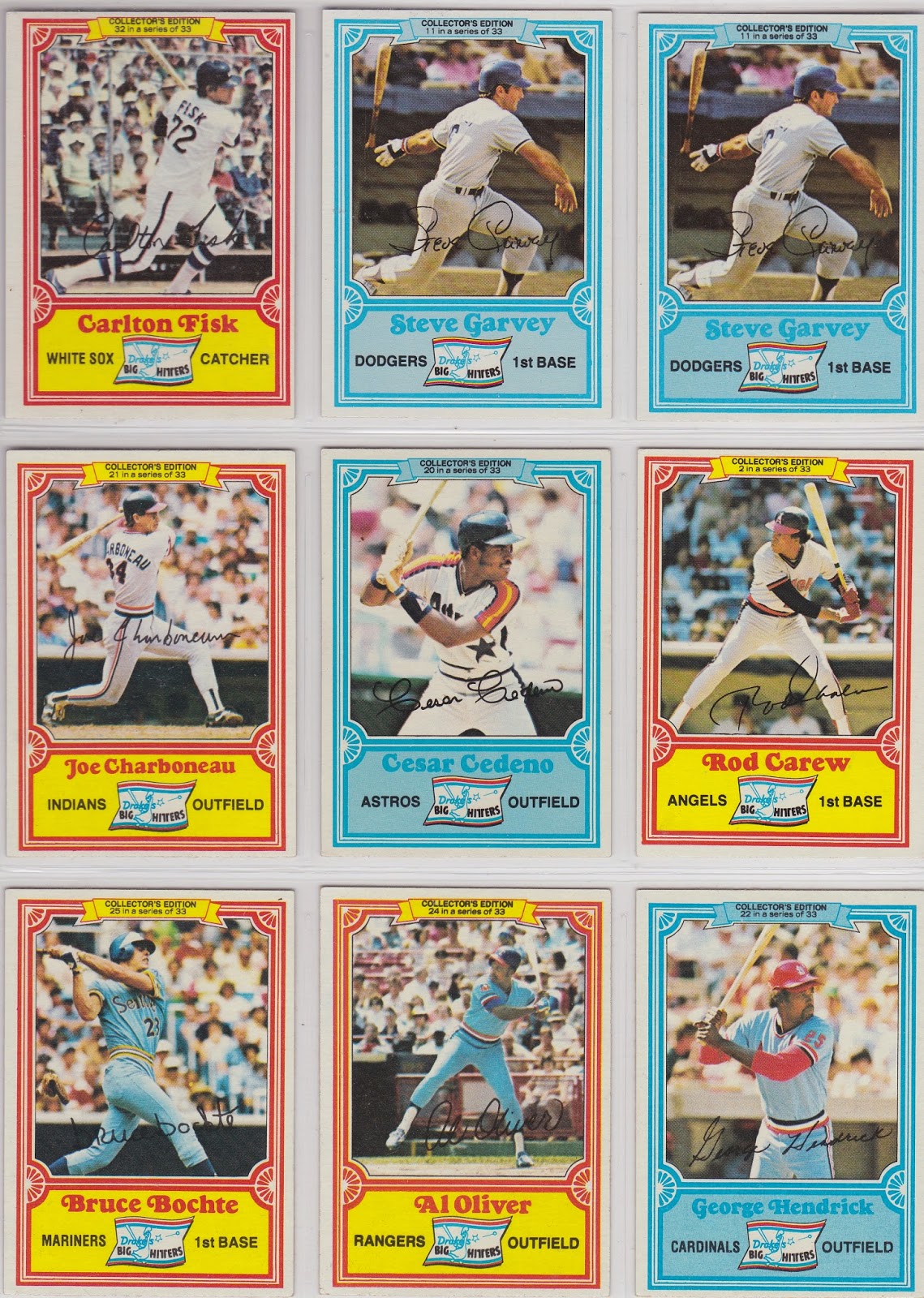 This wasn't all...I've still got plenty more to brag about show in my next post!


(And pat yourself on the back if you got the obscure Hall & Oates reference in the title)
Posted by Swing And A Pop-up at 10:56 AM