After a few months of inactivity, I've been spending some time here and there on Listia. It really hasn't changed a whole lot, there still are way too may listors thinking they're going to get 499 credits for a junk wax common, but occasionally I see something of interest. 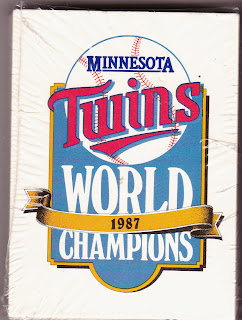 Although I'm far from a Twins fan, this was just too out of the ordinary to pass up. 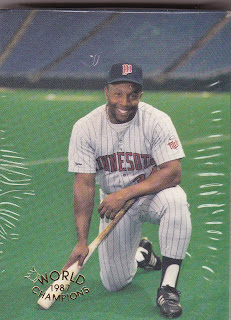 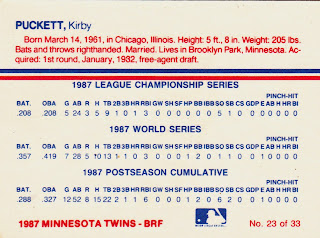 Here is the back of the card. Along with some personal information, there is stats from the Championship Series and the World Series, and then a combination of the two.

After a bit of searching I was able to find a set on Amazon. It lists it as "Rare 1987 Fleer Minnesota Twins World Series Set". I don't see the Fleer name anywhere on these cards, unless the "F" in "BRF" at the bottom of the card stands for Fleer.

According to this listing, there were 5,000 of these sets produced but they were pulled because of licensing issues (no permission to use the World Series logo). Although it was sealed when I received it, cards are to be looked at, so I immediately took the shrink wrapping off (and it was quite a bitch to do so). 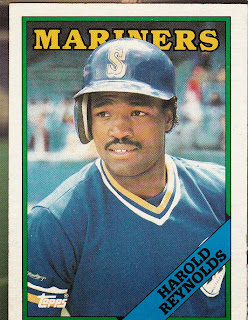 The cards are also a little bigger than your standard baseball card.

Here are all thirty-three cards: 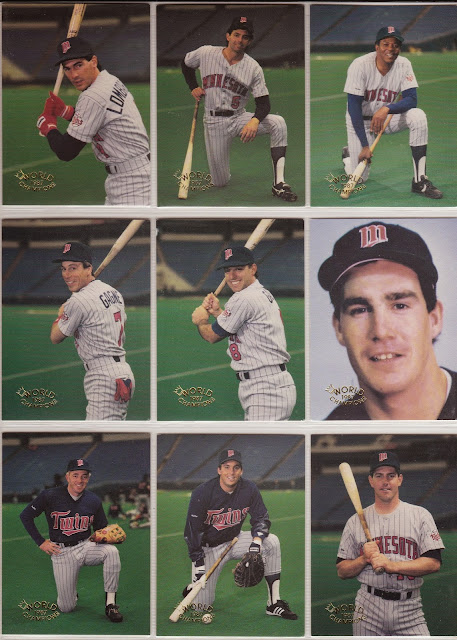 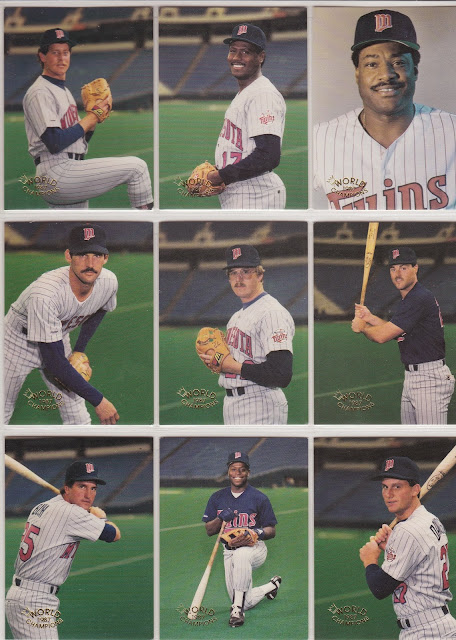 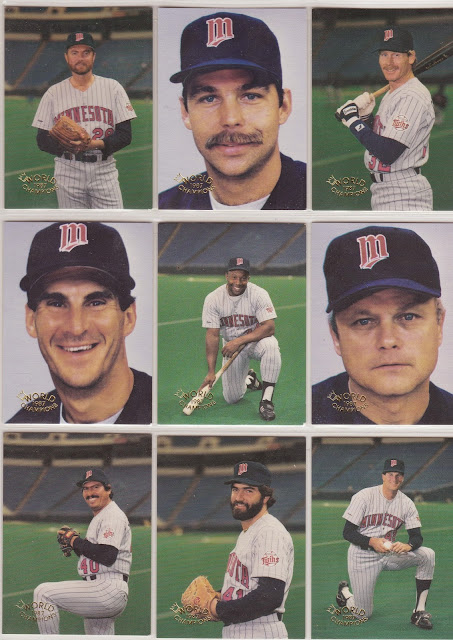 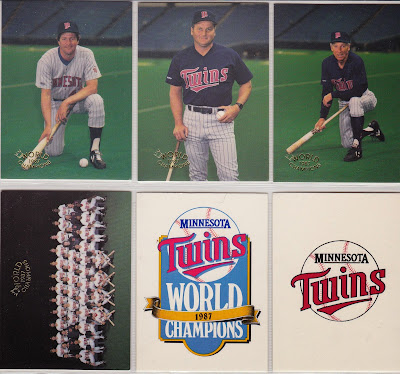 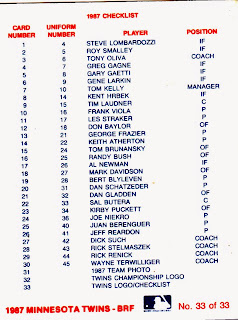 It's a pretty cool set, and if the description of it I found on Amazon is accurate, something I'm probably not going to see very often. It was listed for forty bucks plus shipping and handling, so for "costing" only seven hundred and twenty-two credits it appears I scored quite a deal.
Posted by Swing And A Pop-up at 7:42 AM