Are You Here For The Car Show Or The Card Show?

...said the guy at the front of the parking lot this past Sunday when I made the trek down to Massachusetts for another card show. This time there was a car show in the same lot as the card show, so the parking lot was packed. Fortunately, I managed to find a parking space and went inside.

The shows here always are autograph shows (also always of someone retired), so this is the only show I go to that has an admission price...2 bucks. The autograph guest was Fred Stanfield, who played sixteen years in the NHL, and was with the Bruins for six seasons, including Stanley Cup victories in 1970 and 1972.

That was one of the big draws in the 90's...autograph guests. I have lots of signed photos from around that time period. My budget is a lot less now that it was then, so I don't bother with the autographs anymore, because even retired players can zap more than half my budget.

Consequently, the dealers had mostly hockey cards and related paraphernalia. Since I was here for baseball only, I was able to quickly scan through all of the tables first to see what was available. The first dealer I stopped at had a few stacks of 2014 Topps. He tried to sell me a complete set first, which I told him I didn't need because I was only after a few cards to complete my set. The cards weren't in order, so between the two of us we were able to whittle my want list down to under ten cards. Between my want list and another blogger's list that I was searching for,  I spent $1.80.

As I was making the rounds again, one of the dealers saw my lists and asked what sets I was working on. I told him that the notebook was full of uncompleted sets. He only had hockey cards at his table (autos and memorabilia of course), so I told him that I was looking for baseball only.

He told me he had one monster box of baseball, and reached underneath the table to get it. It was full of cards from sets I either hadn't started to collect or hadn't made a list for. I was about to thank him and move on when I saw this card: 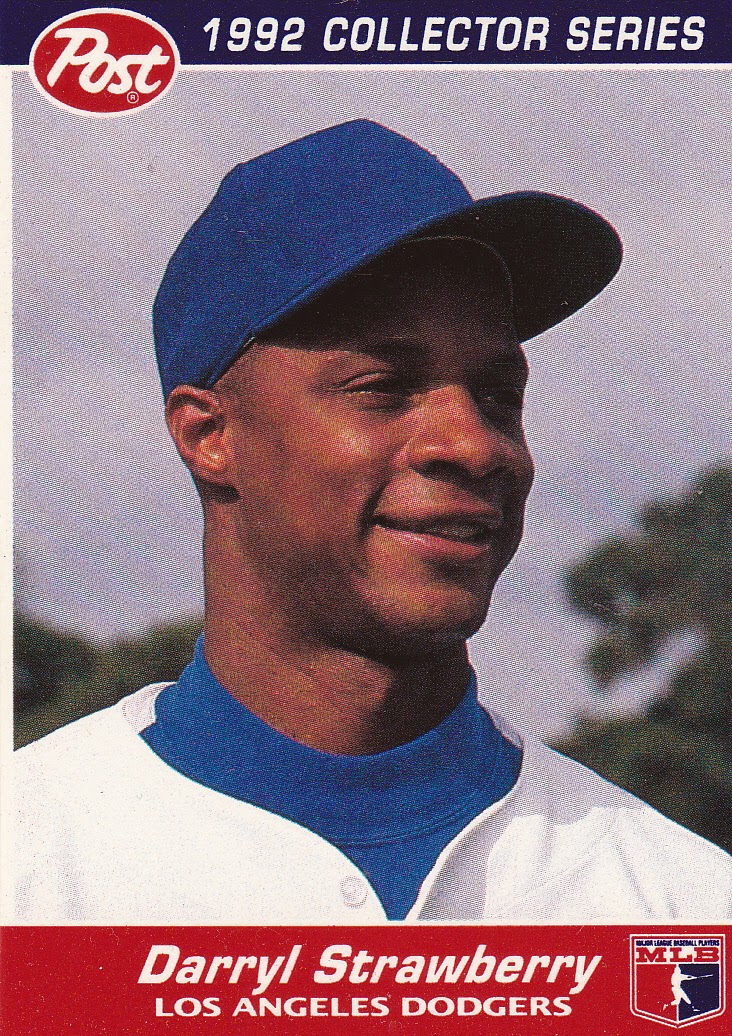 Behind that card was this one: 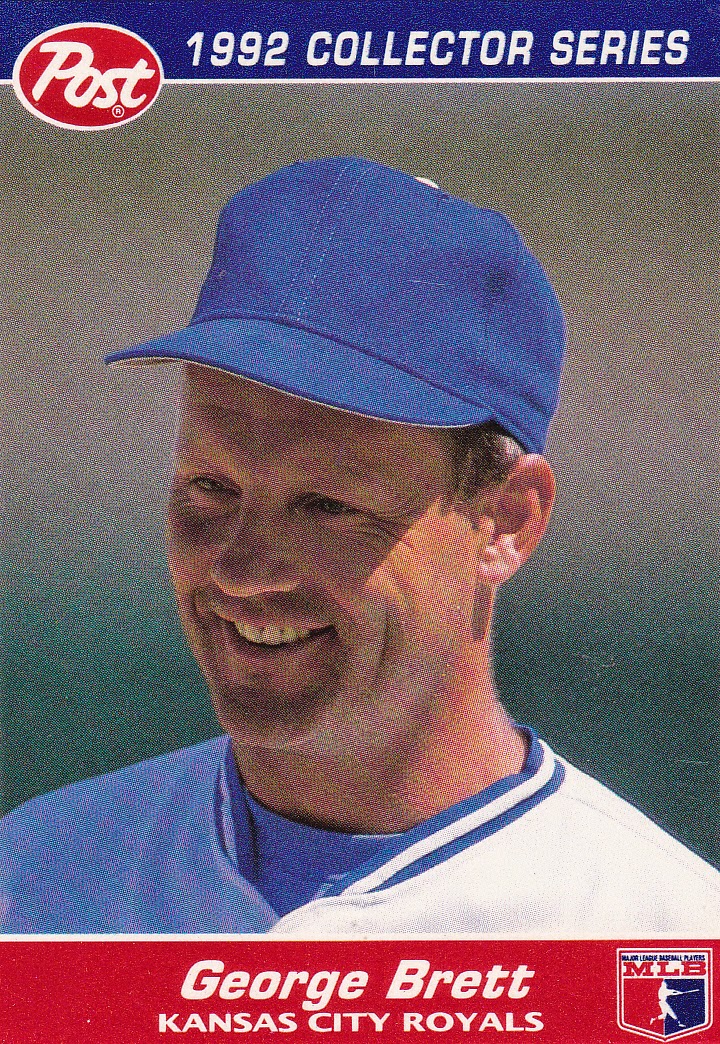 Alright sir, you have my attention.

From that pile I selected these beauties: 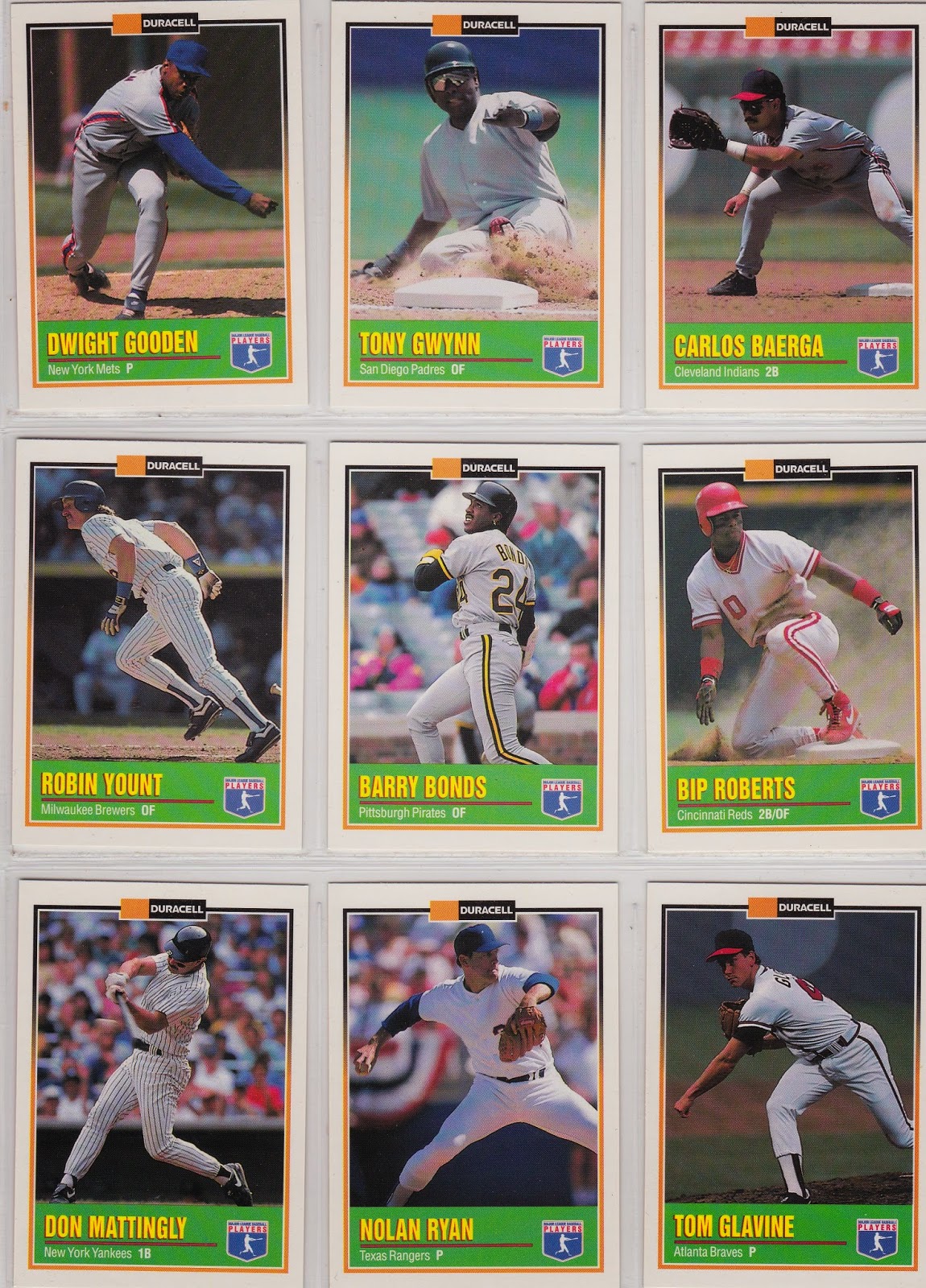 I told the dealer I like oddball cards, so I was going to take these. He started digging through another box and came up with some more. 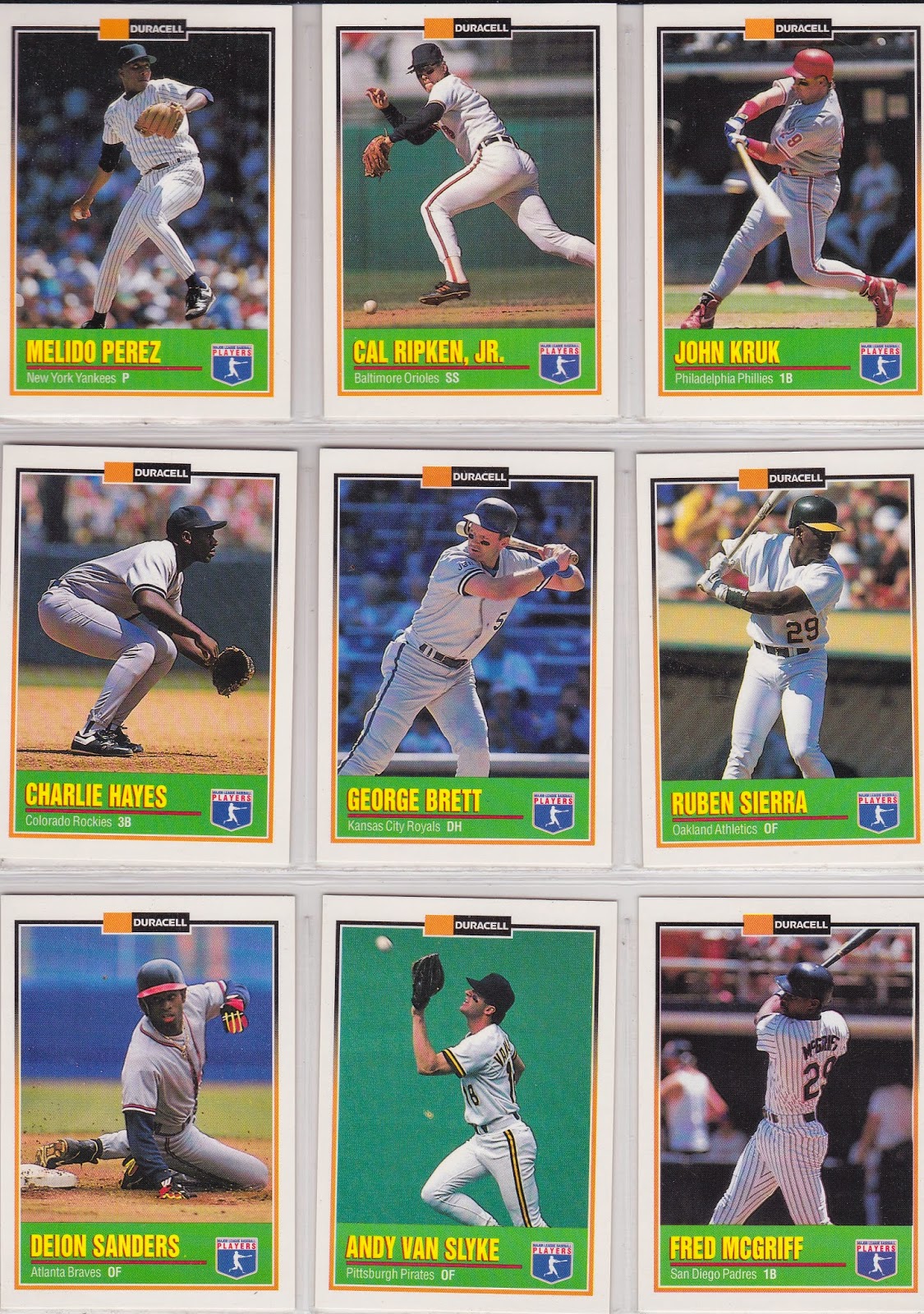 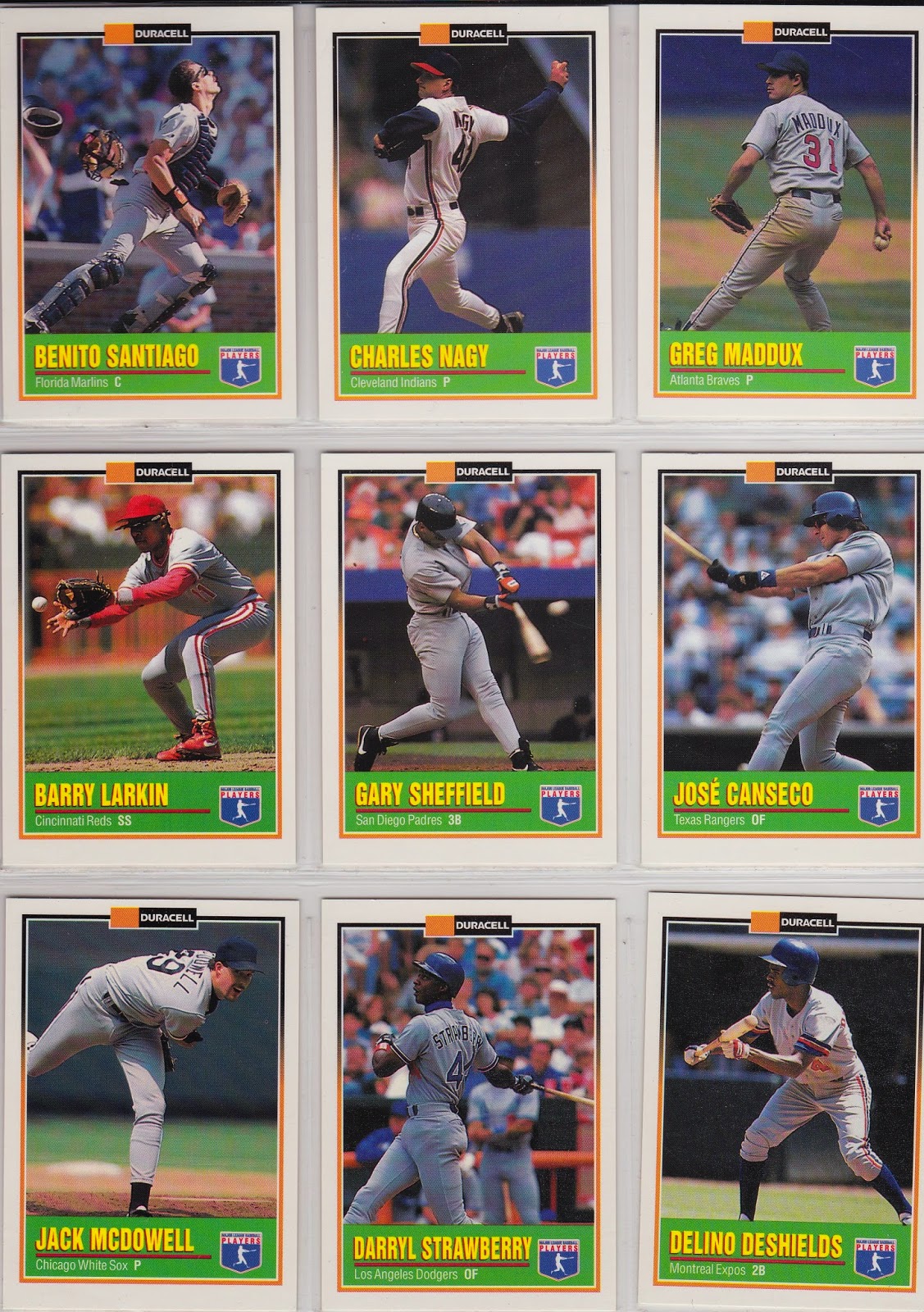 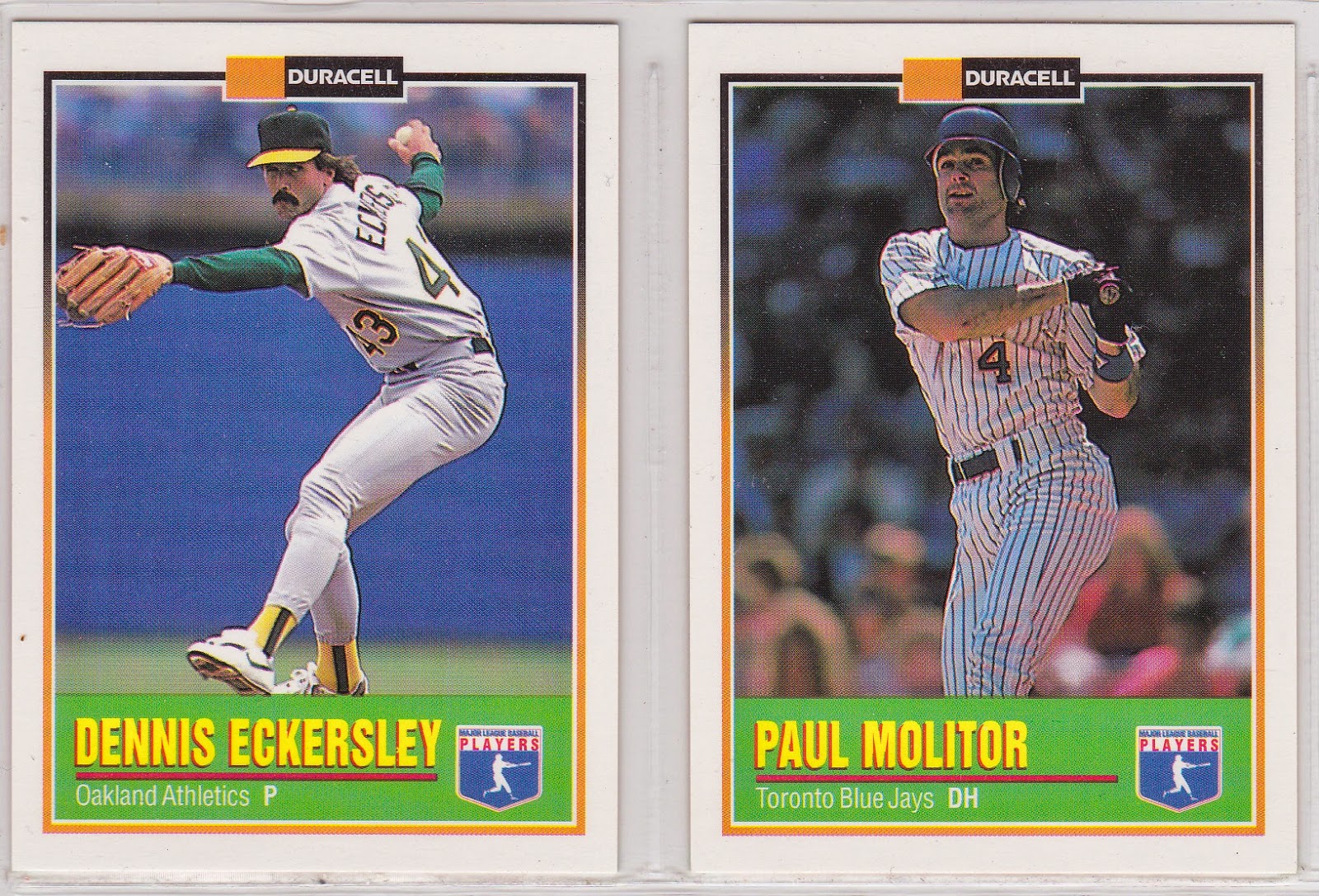 There was a Series II issued in 1993 which also was twenty-four cards. I now have twenty of them.

I had settled on these thirty-four cards which set me back only 3 bucks. I moved on and made yet another trip around the show seeing what else I could find.

I stopped at another table which had pretty much only...you guessed it autos and memorabilia cards. He had a monster box of Bowman baseball which I wasn't interested in, so I did what I usually don't do...looked at the auto and memorabilia cards. A good portion of them would have required me to spend my complete budget on a single card (which is why I don't generally look through them).

While I was scanning through them, I overheard the dealer next to him telling him that this was probably going to be his last show. He said he was tired of driving an hour so he could spend thirty-five bucks for a table and sell absolutely nothing. I initially thought that he was going to stop doing shows entirely, but he just meant at this particular establishment. He mentioned a show that was closer to his home which would allow him to sleep later, use less gas and get home earlier. I'd seen him several times at this show, but I had never bought anything from him.

His table was full of high priced auto and memorabilia cards.

I walked away without buying anything (again), but what the dealer said made me think. I had been there probably close to a half-hour, and I had not seen anybody other than myself buy anything. Whenever I approached a table, I was the only one there. I also realized that I had not seen one person get in line for an autograph from Fred Stanfield. Because of the car show outside there were a lot of people in the building (there was food being offered here), so there was a lot of activity, but not purchasing activity.

I had contemplated not going to this show this time because I didn't want to drive the hour to the show either. Quite honestly, I don't really find very many "deals" at this show, because like I stated earlier most cards offered here exceed my budget.

Before I left I made one last purchase. 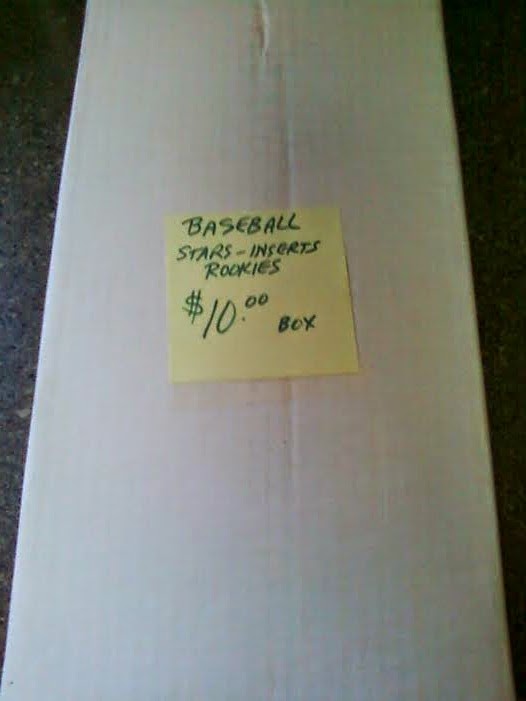 I am a sucker for these. I've just begun sorting through this... 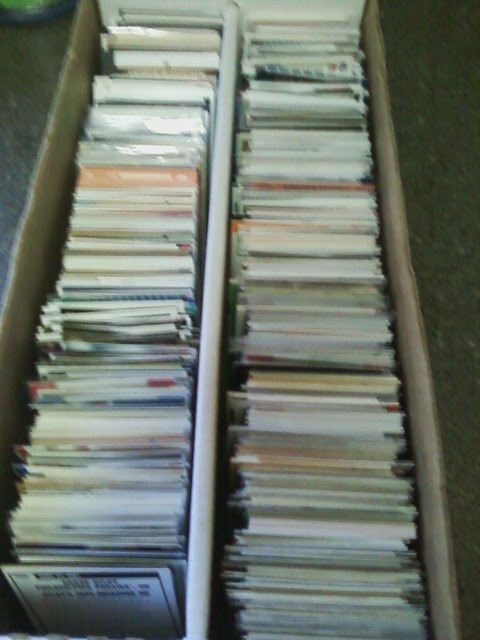 As you can see, I've still got a ways to go.

Here's a couple of highlights so far. 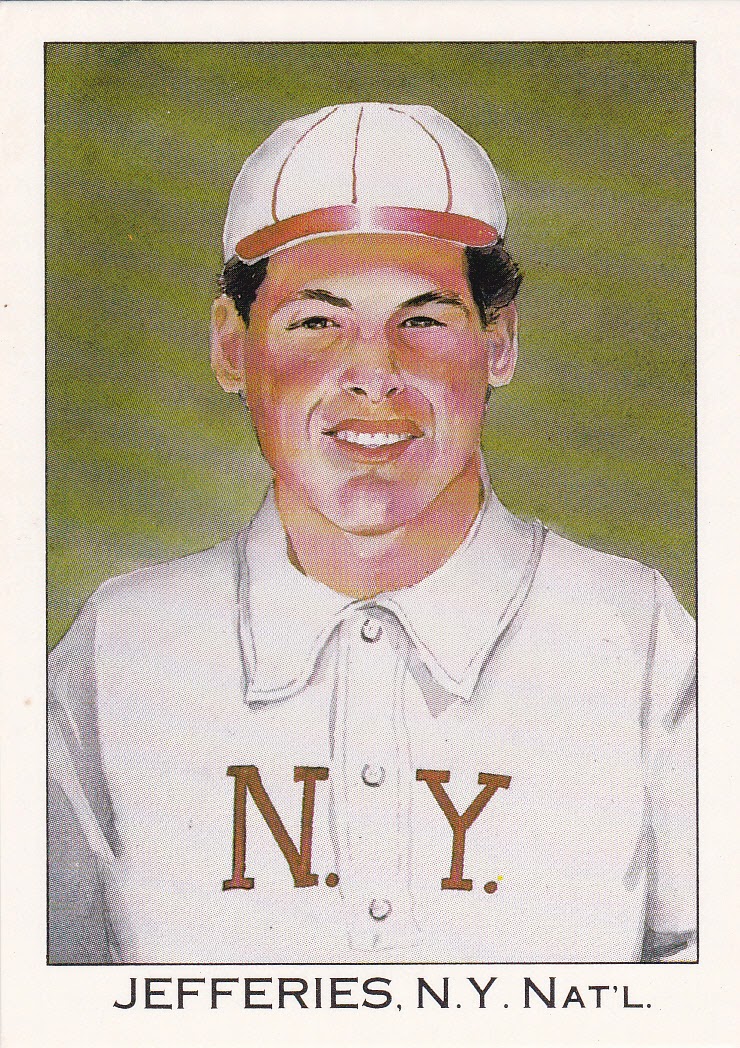 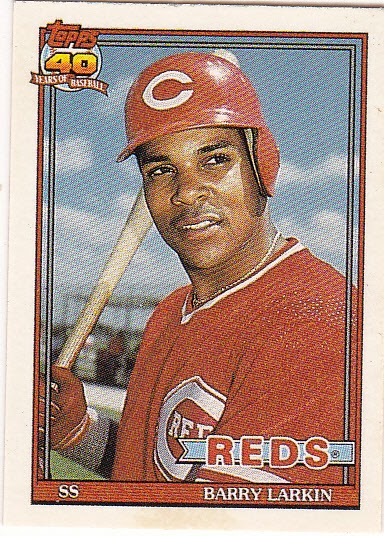 Here's what it looks like compared to a regular 1991 Topps card. 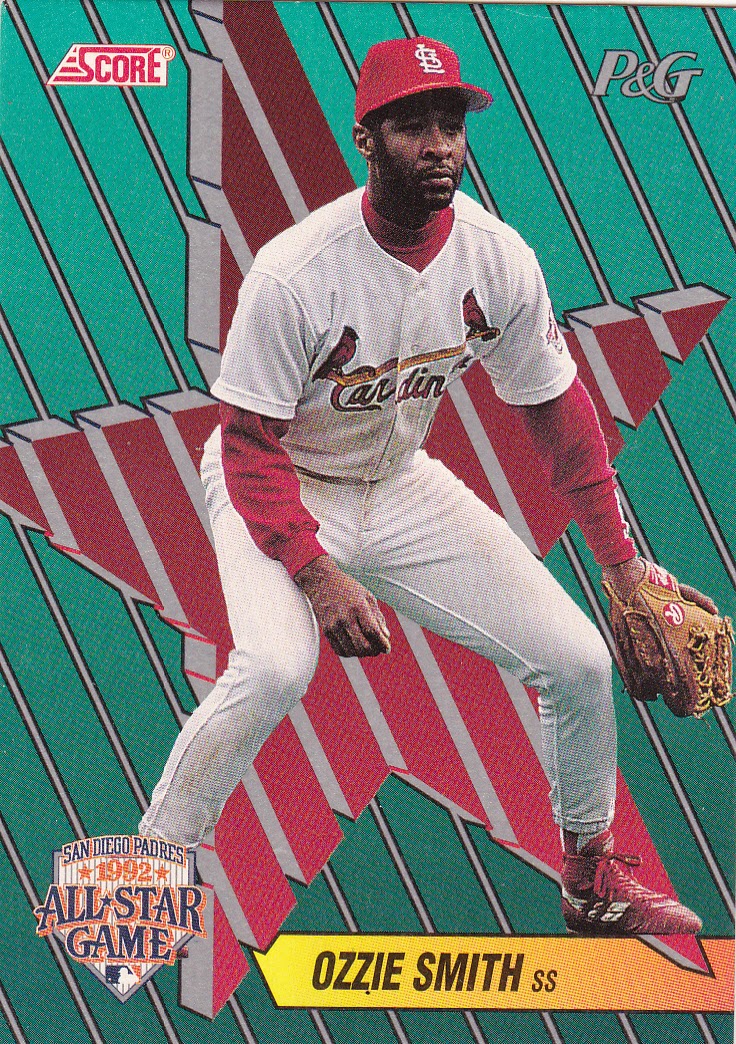 I've been sorting them into years (so far 2009 is the year most represented), and so far I'm finding a lot of cards that I need.

But it does make me wonder how much longer some of these shows that I go to will be around. I already don't see advertisements for the Portland show that I attended a couple of times (which featured more dealers than customers), and it's hearing conversations like this that make me think that setting up as a dealer is not in my near future.

So I'm kind of curious to know what it's like for anyone else who has shows in their area. Does anybody attend the shows you go to? I can't imagine how much these dealers spend to get all of these high end cards, and then to have almost zero interest when they offer them for sale at a show must be incredibly frustrating. If I went by what I read about the hobby, these cards should be "flying off the tables", because collector demand says we want these. But I don't see it.

So what are other peoples experiences? Are they similar to mine, or do you see something completely different when you are out there?
Posted by Swing And A Pop-up at 1:59 PM