Me And You And A Shortstop Named Drew 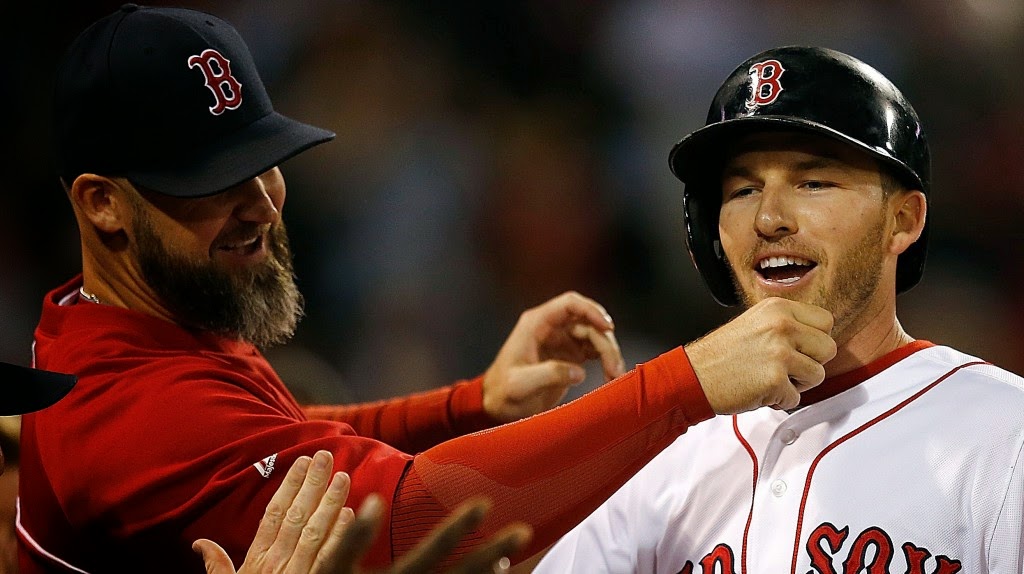 As you may or may not have heard, the Red Sox signed Stephen Drew to a one-year deal pending a physical. This means that Xander Bogaerts will move to third, as Will Middlebrooks is on the DL with a fractured right index finger. I'm sure before joining the Red Sox he will get some work at Pawtucket, and when he is activated, will result in Brock Holt returning to the minor leagues.

Even though the Sox are at 20 - 24, they are only 3 1/2 games out of first place. It seemed like they were content for a while hovering around .500 (as is the entire division), but as the weekend series with the Tigers, showed...they have no chance at a repeat unless they either start hitting (1 - 14 with RISP over the 3 games!), or they start making roster changes.

Regardless of whether they start hitting or not, it's my opinion that the team you see in late August will probably be somewhat different than what you see today. I'm going to do something I don't normally do, but I'm going to make a prediction on some roster moves based on what I've seen so far.

1. Will Middlebrooks - I expect him to be traded, probably sooner than later. I actually like him (mostly because of his power), but I appear to definitely be in the minority.

2. Jackie Bradley Jr. - Back to Triple A. His defense is great, but he can't hit worth a shit. There is no reason why he should be striking out as much as Mike Napoli. Plus, he recently admitted he was "lost". Not good.

3. Edward Mujica - Released. When your ERA is only .96 better than your backup first baseman's, you   probably aren't long for the roster.

4. Daniel Nava - Traded. I was surprised when they sent Nava down to Pawtucket, (although he was hitting .149, so I shouldn't have been). The only reason I say this is because they have a surplus of outfielders and I don't see them giving up on Bradley Jr. I expect Sizemore to get more playing time (unless they pick up somebody else in a trade).

So while not groundbreaking predictions, it'll be interesting to see (at least to me) how I fare.

So I ask any Red Sox bloggers out there (or anybody else who wants to comment), what are your thoughts on the season so far? What do you see happening in the coming months?