The majority of my card buying is done at either Wal-Mart or Target, and I usually only go to my LCS if I need supplies. There are two in my area, and one of them always has 1500 count boxes of cards for $9.95. These boxes are pretty much the only cards I buy from my LCS. These boxes are great for set builders like myself because they will have cards from sets I can't find at shows or some commons from a current set. And at less than a penny a card, the price is definitely right. 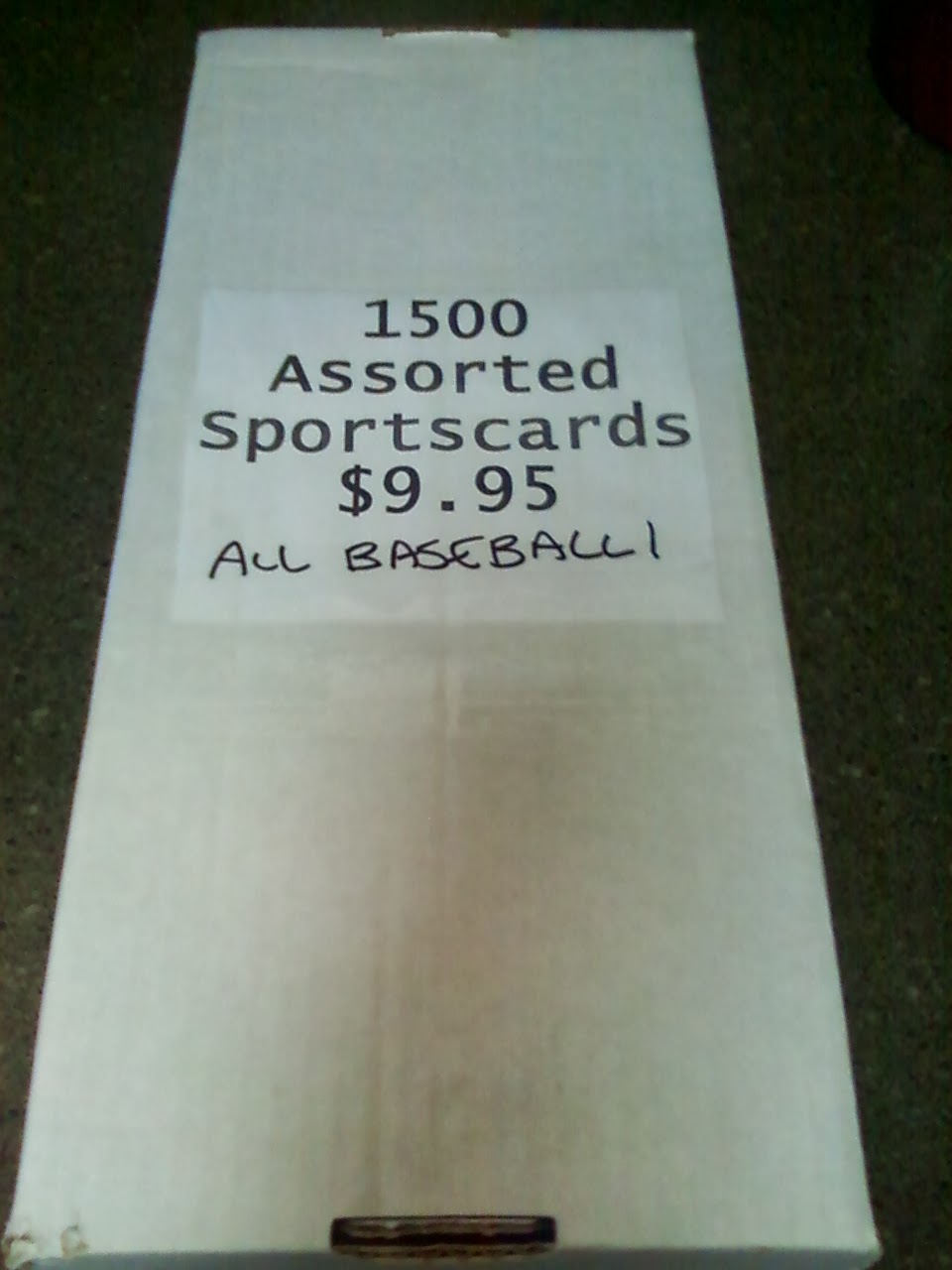 It usually takes me a month or so to go through a box although in this case it didn't take quite as long. Generally I look for ones that are baseball only, but lately they've only had boxes of assorted cards (meaning they could be from any sport). This time I found one that was baseball only, and I jumped on it.

Here's what it contained: 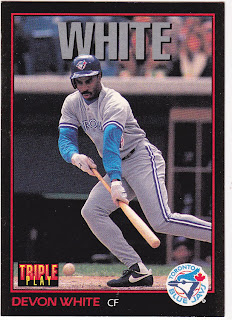 One hundred and eighty of 1993 Triple Play. This is a set I bought a few packs of back in the day, but since it's only a 264 card set, it's now almost three quarters done. 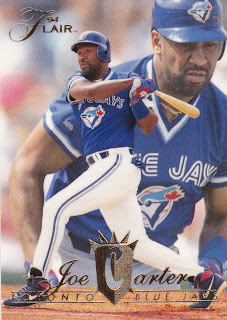 One hundred and forty-seven from 1994 Fleer Flair. A cool looking card but almost impossible for me to read the stats on the back without the aid of floodlights.

Two hundred and eighty-one from 1994 Pinnacle. The last few boxes I've purchased all have had stacks of cards from this set. I'm probably pretty close to finishing it. I should put up a want list one of these days. 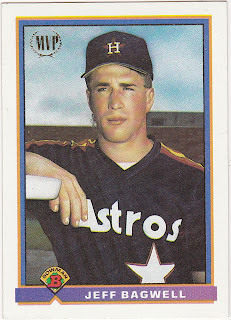 One hundred and seven from 1991 Bowman. Highlights were the above Jeff Bagwell rookie and a Jim Thome rookie. Since I'm only a few cards away from finishing this set, this was the only stack of cards that I'm pretty sure are all dupes. 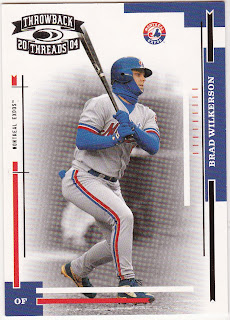 Sixty-two from 2004 Donruss Throwback Threads. I like this set. It's a 200 card set (250 if you count the SP's, which I don't). I've got a few of these lying around somewhere, so I've probably got about two-thirds of it to go. 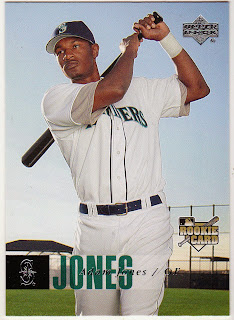 Ninety-six of 2006 Upper Deck Update, which included the above Adam Jones rookie SP as well as the Carlos Marmol and Jim Johnson rookies. 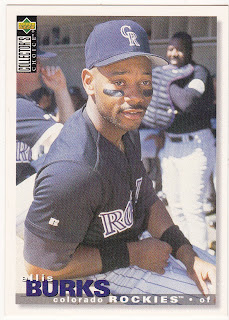 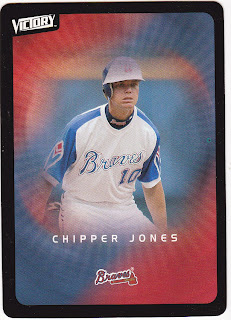 This is 2003 Upper Deck Victory. I might have had a couple of these cards from repacks before the stack that was in this box. It looks and feels like a playing card. 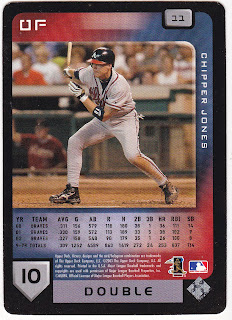 The backs are very colorful and also it's a game that I have no idea how to play. It does appear I got a double and 10 points. We will now take a blog break whilst I do some research...

Well, that was a waste of time. I found nothing significant about these cards other than the fact the box promoted the "gaming element" of this, and collectors did not like it. Maybe because there seems to be no information on how to play it!

There were a hundred base cards, and I got ninety of them. Not bad, almost the entire base set. 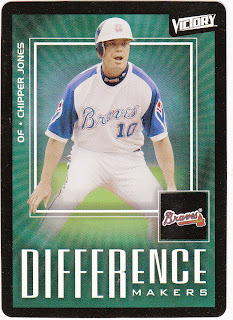 There are also a hundred SP cards in the set. Just f'n lovely. You know how much I love SP cards.

Especially ones where the photo happens to be taken two seconds after the one for the base card.

I do prefer the older Atlanta Braves uniforms, don't you? 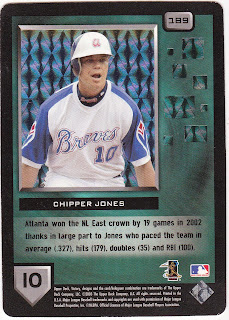 Here's the back of the Chipper Jones SP. The picture is shiny, but you can't tell that from the scan.

So it looks like getting almost three-quarters of the set for a little more than a dollar is a good deal. 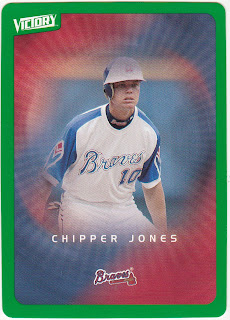 There also are parallels!

Each of the first hundred cards had green, orange, blue, purple and red bordered parallels!

There were fifty-one "Tier 1" parallels included. 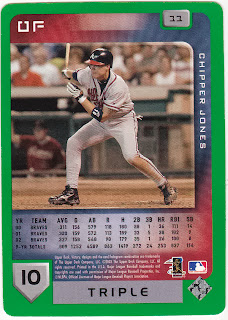 The back says "Triple", as opposed to the base card which only grants you a Double. 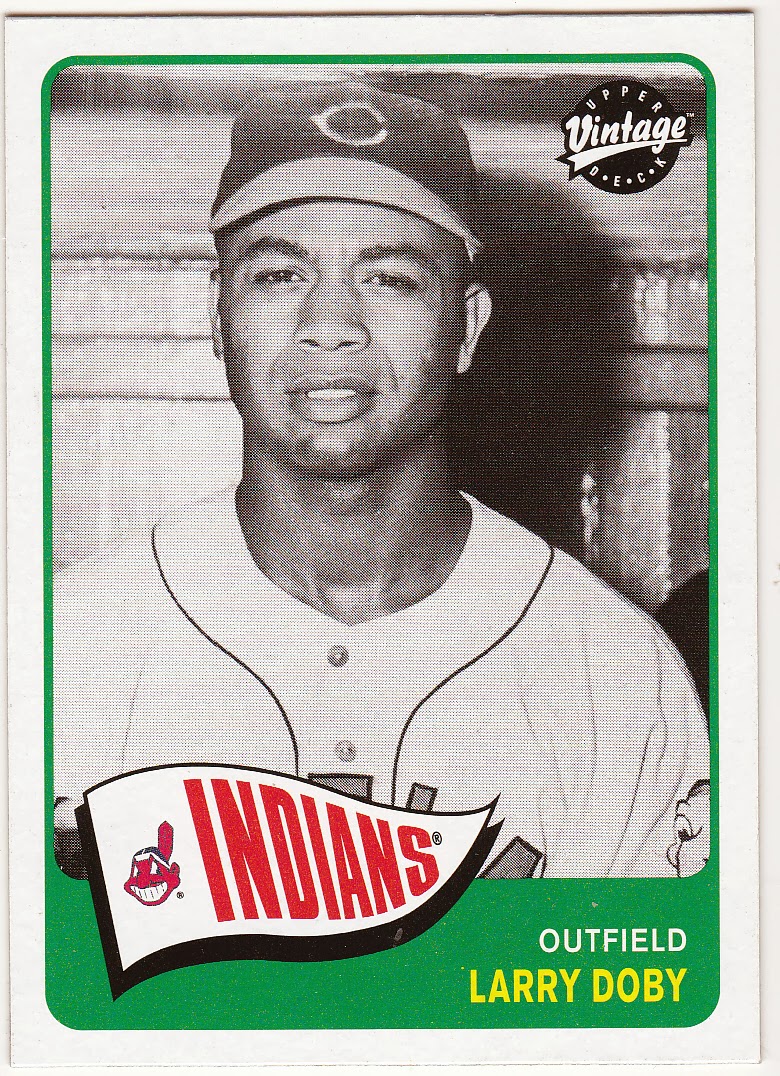 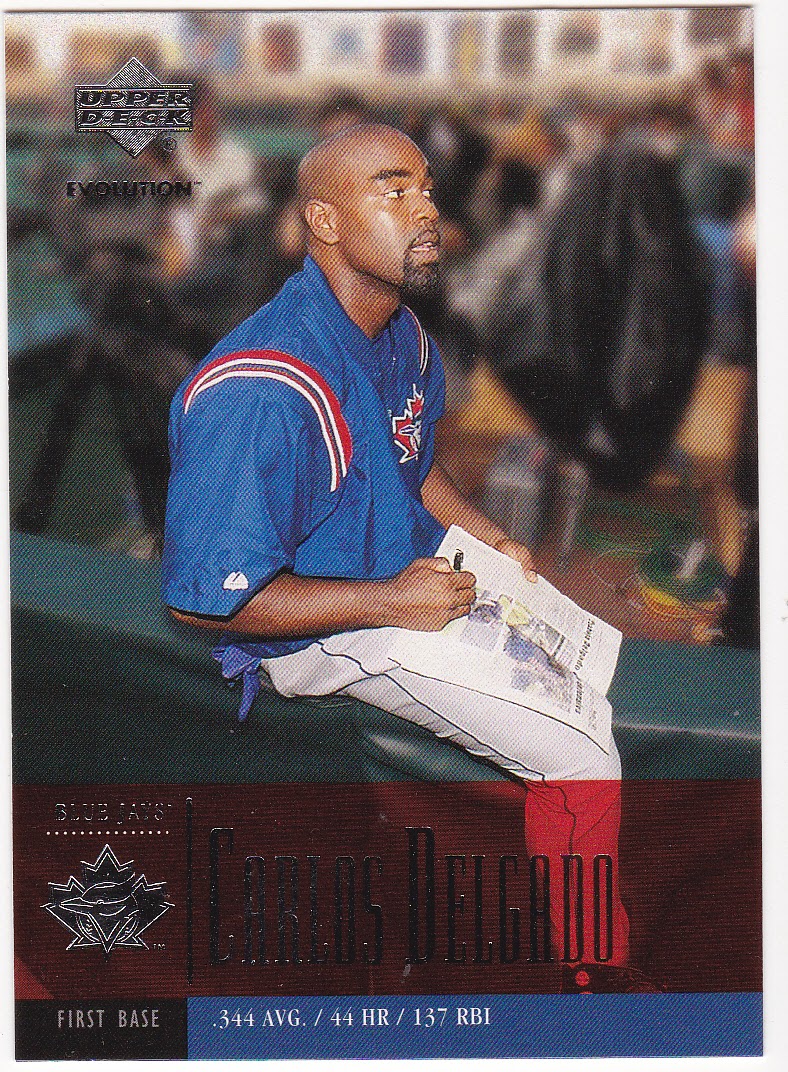 So I scored a little better on this box, as I ended up with three cards more than the fifteen hundred that was advertised.

Another great box with a low percentage of duplicates for me.