One of the card shops in my area has a stack of $10 boxes at the front of the store. Most of them are your typical junk wax, but every now and then they have something that catches my eye. 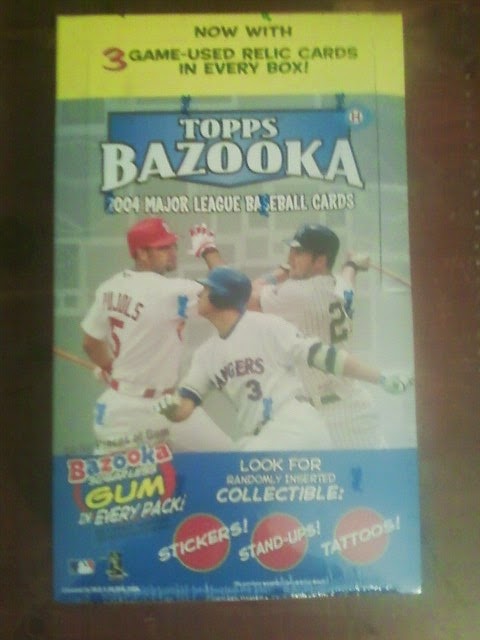 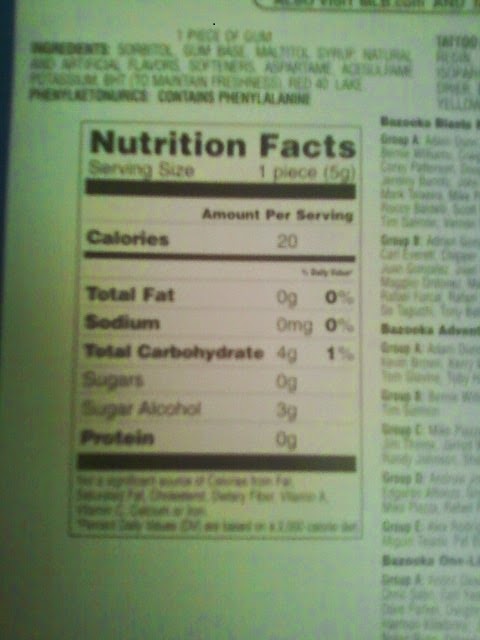 The first box of baseball cards that I've seen with nutrition information! 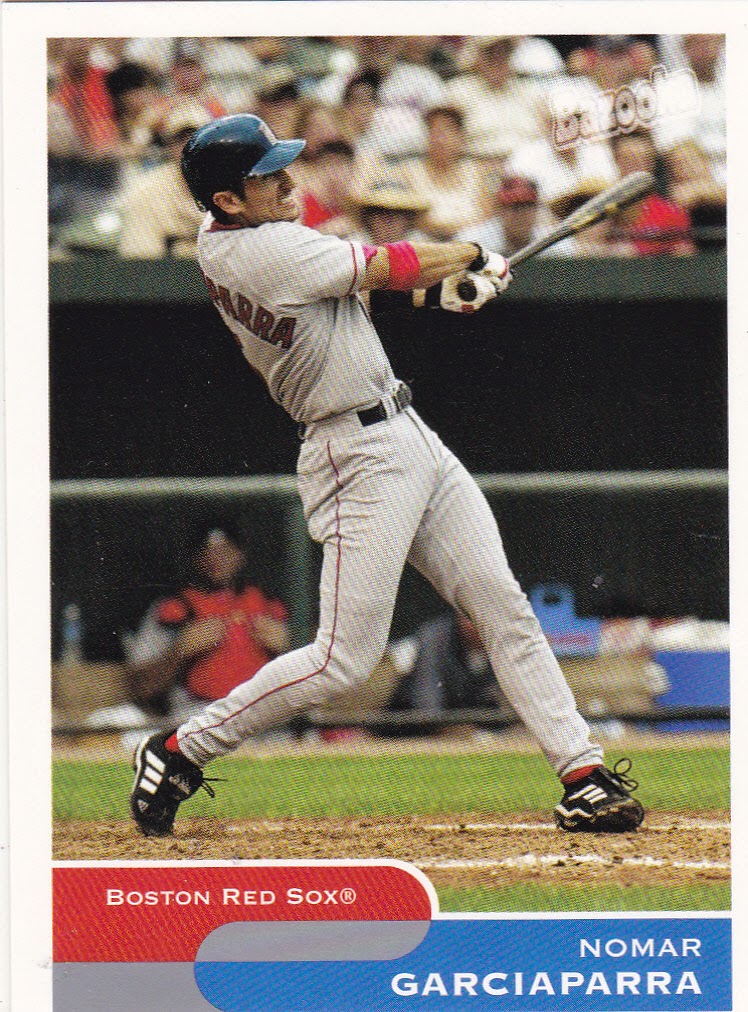 The cards themselves are alright. It's a low-end brand, so I really wasn't expecting much. 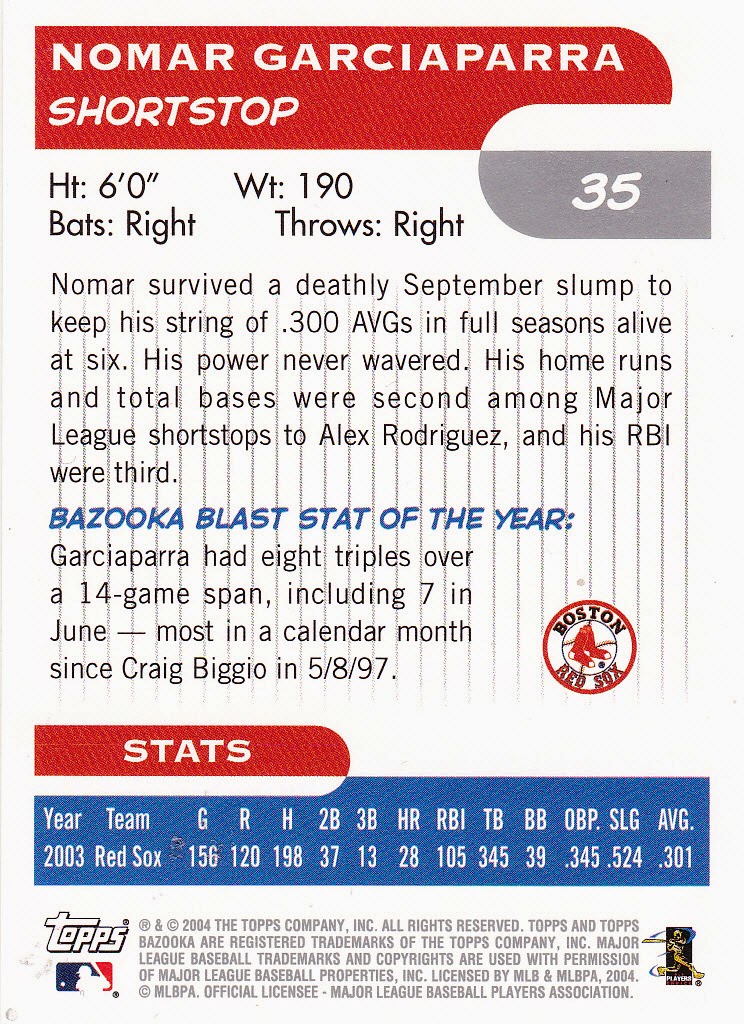 Only one year of stats and a brief write-up makes for some quick reading.

It is a three hundred and thirty card set and I ended up with about a third of the base cards and only two duplicates.

Of course there wasn't just base cards, there were plenty of inserts/parallels as well. 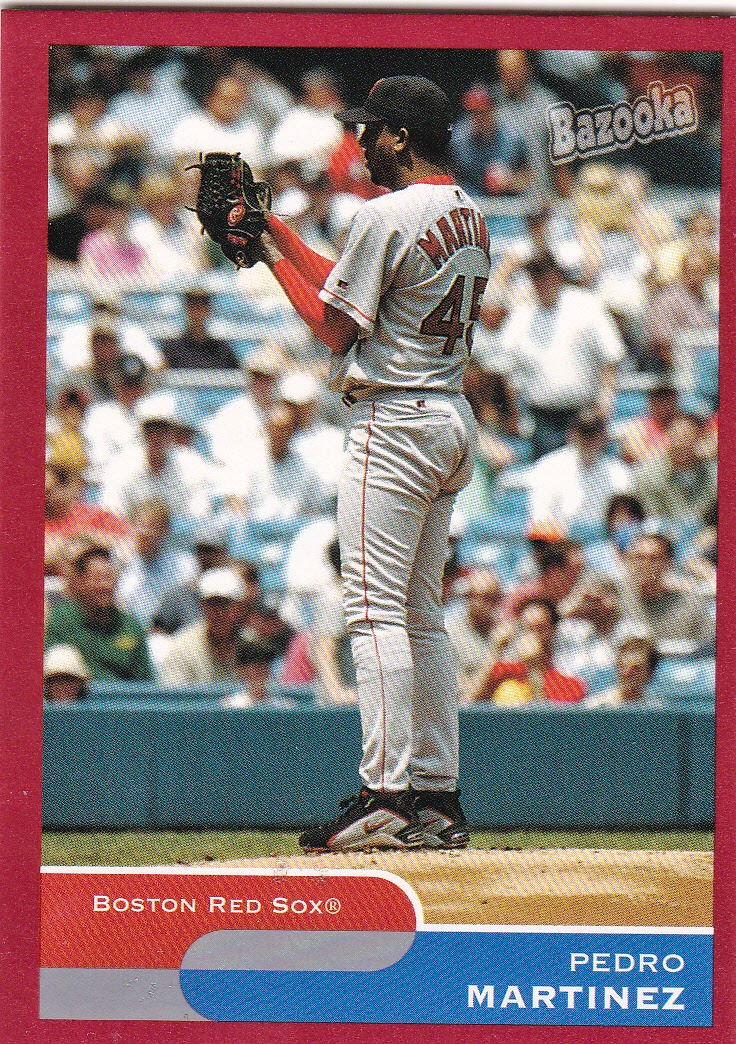 There were red parallels (one a pack except for when there was a relic card). 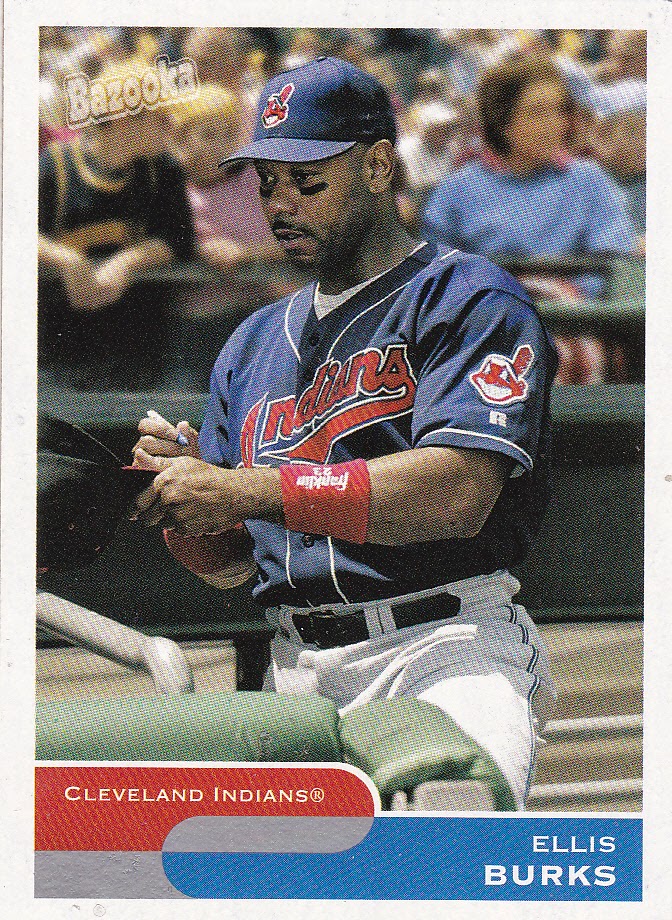 There was also one mini per pack as well.

Also included in the pack was either... 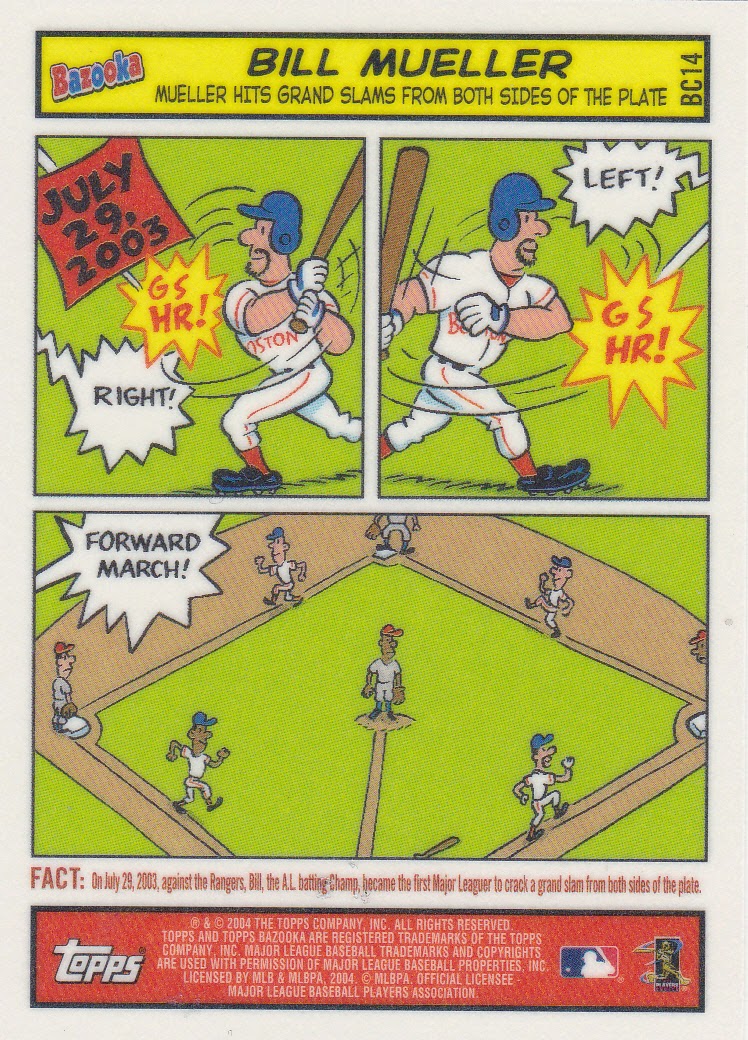 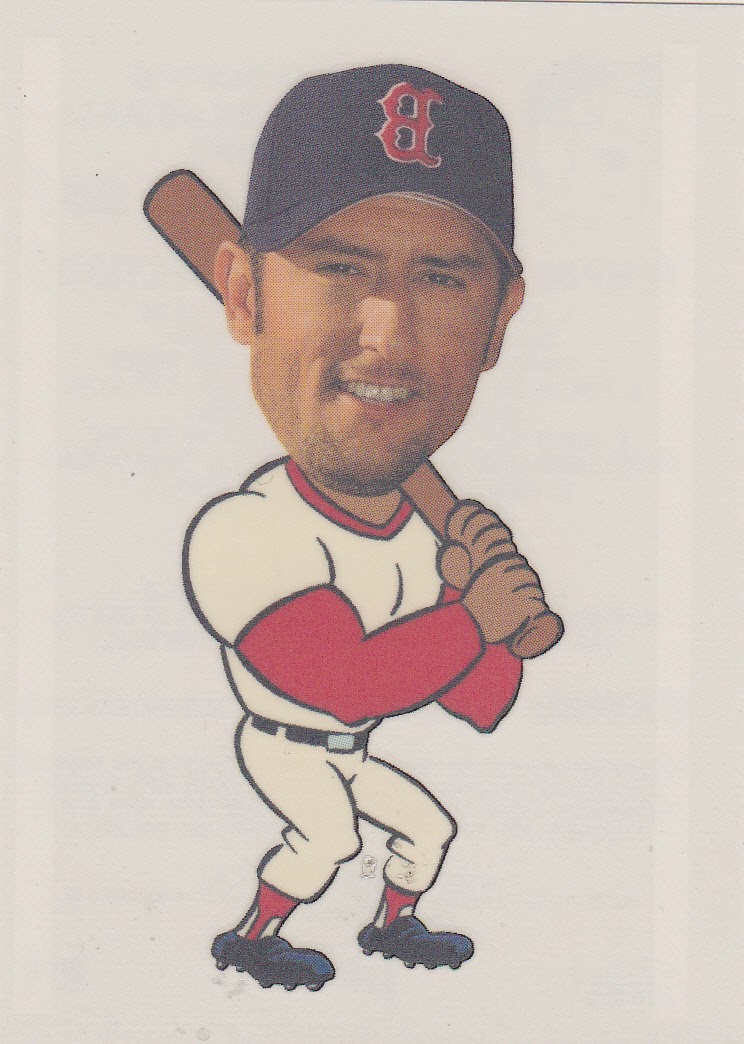 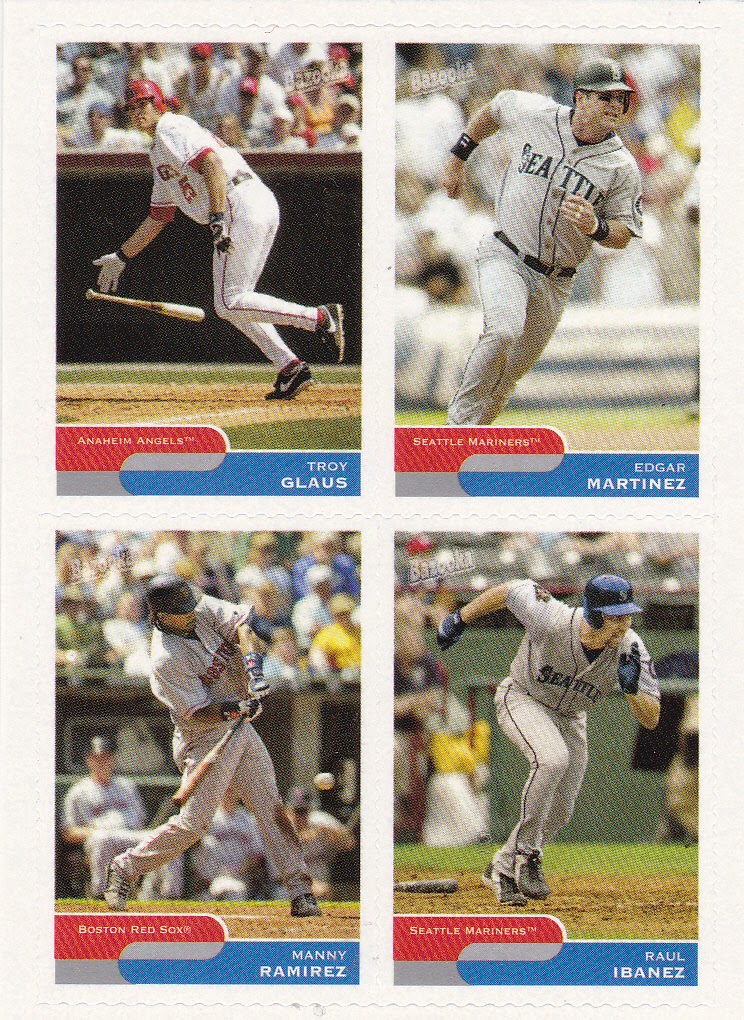 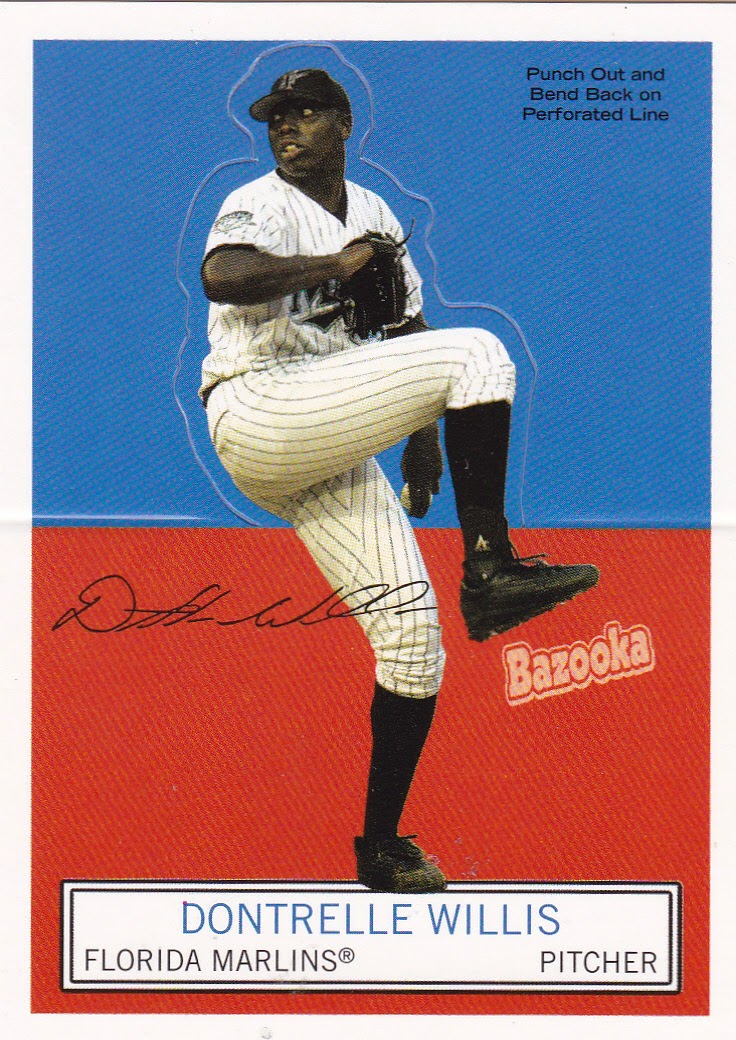 As promised, the box also included three relic cards. The first two were okay, but nothing to write home about. 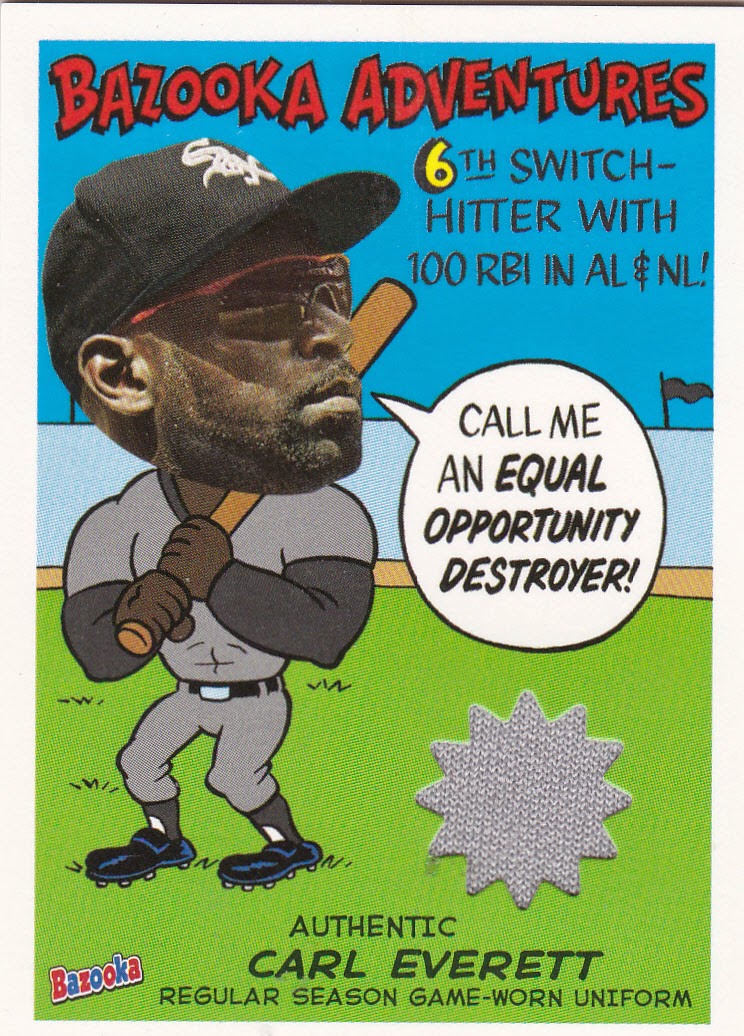 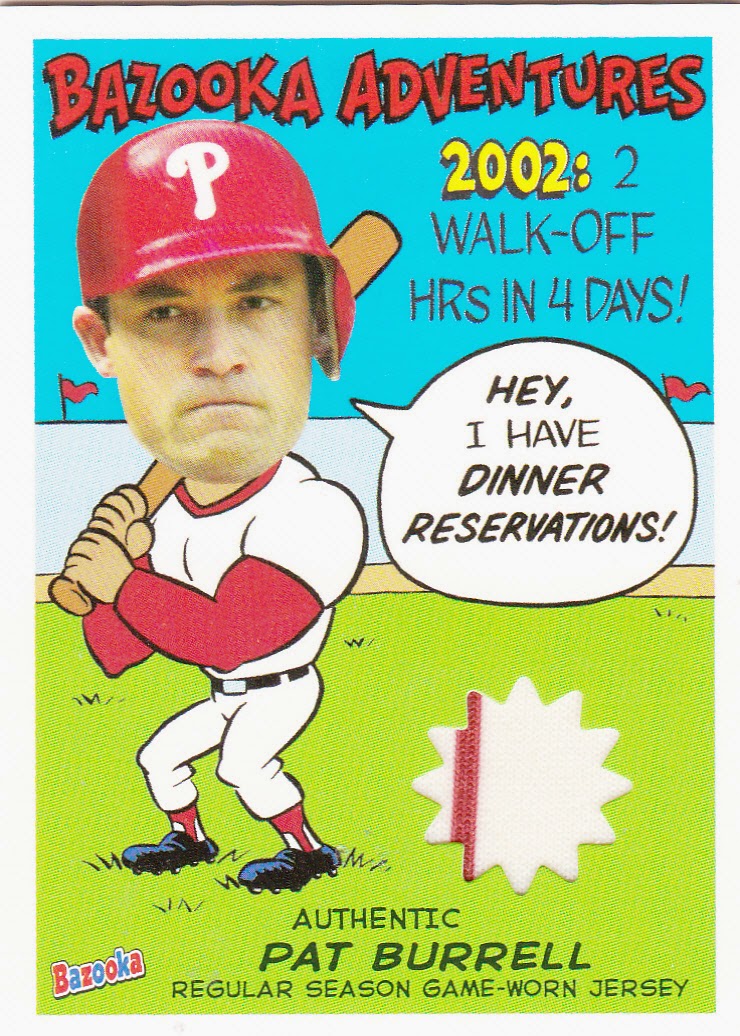 But the last one was worth the price of the box alone. 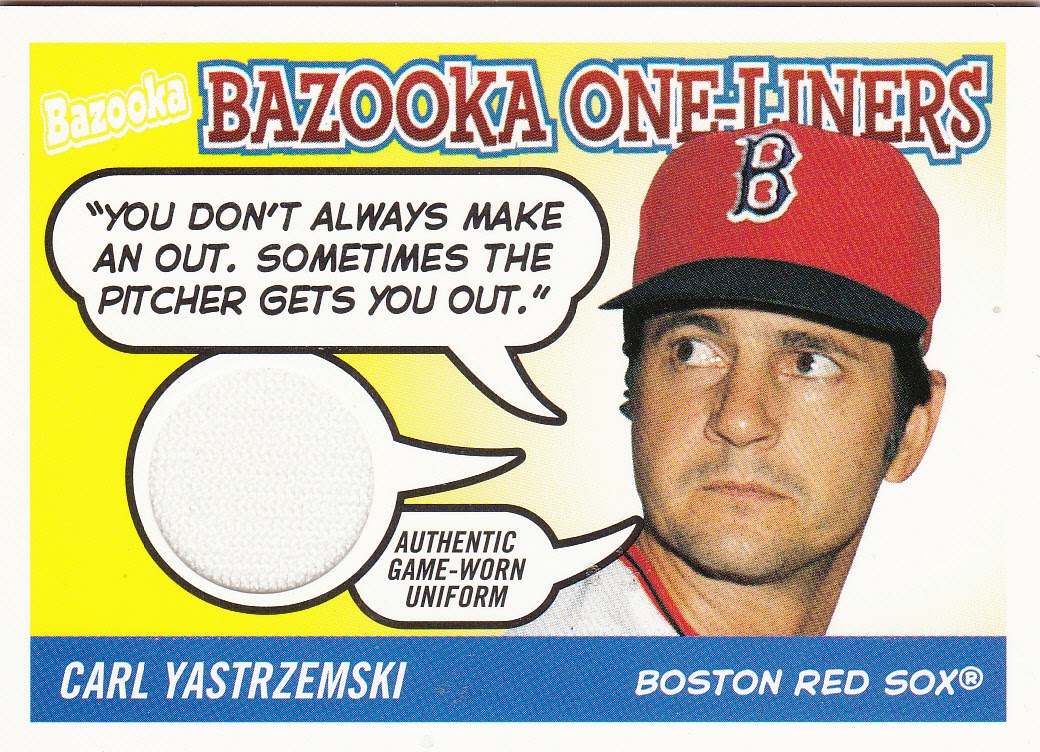 Definitely worth the ten bucks.
Posted by Swing And A Pop-up at 8:11 PM