Trading With The Lifetime Topps Project

Charlie from the Lifetime Topps Project contacted me and inquired if I would be interested in trading. Of course I would, but after scanning his lists I realized I wouldn't be able to come up with much. Either it was a set I hadn't collected or he just needed inserts, which I didn't have either.

Now however many cards I could scrape together didn't matter to him, as he said these cards were just sitting around. But the amount of cards he was going to send me compared to what I was going to send him was so disproportionate, I felt guilty. So I made a couple of trips to card shows and picked him up as many inserts off his want lists that I could find. He still sent me way more than I sent him, but at least my end of the deal wasn't as pathetic a showing as it would have been earlier. 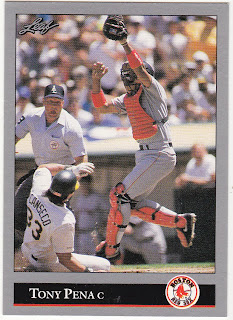 This was actually the second set that I made a list for to put on the blog (2012 Gypsy Queen was the first, if anyone cares), and probably needed about half the set. But thanks to generous bloggers like Charlie, the want list has been whittled down to a much more manageable forty cards. Thank you all so much for helping me out with the sets like these. 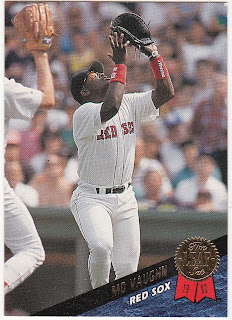 1993 Leaf. Another set that I needed a lot of when I posted my want list. Unfortunately I still do need a lot. 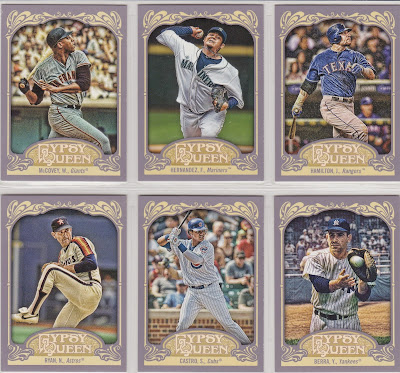 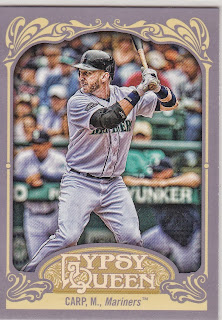 Speaking of 2012 Gypsy Queen, seven more made it into my set. I'm down to needing fifty-five cards now. I haven't collected any 2013 Gypsy Queen solely on the basis that I haven't finished 2012 yet. 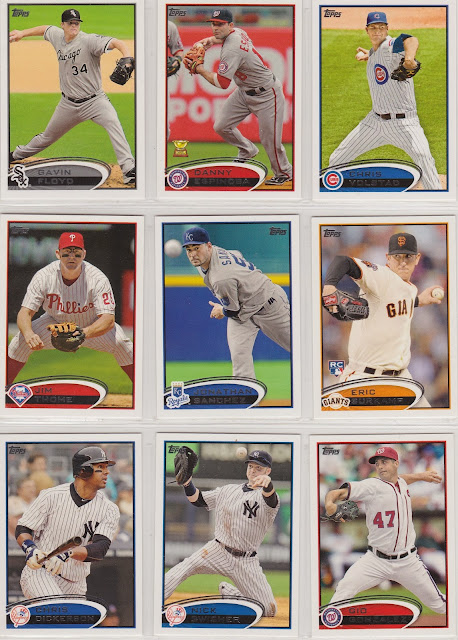 I'm down to only needing eight cards from 2012 Topps Series 2 now. 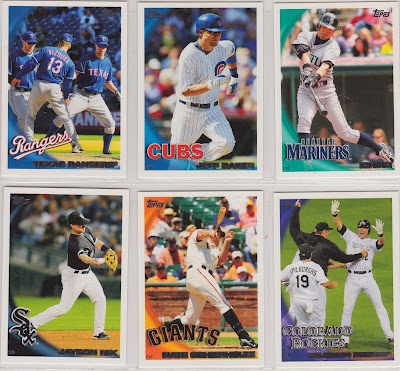 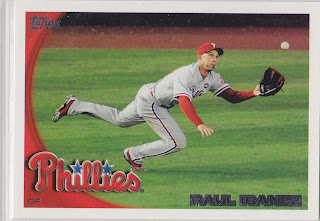 He also sent a few from 2010 Topps (a.k.a The set that won't die). I think I still need about a hundred thousand cards from this set.
Thanks for the trade Charlie! Hope I sent you enough cards you could use!
Posted by Swing And A Pop-up at 8:45 PM