No, this doesn't mean that I'm celebrating Christmas in July. It means I'm finally getting around to posting something that I got for Christmas... in July.

Anybody remember Secret Santa from last December? Well I'm finally getting around to thanking William from Foul Bunt for sending me about two hundred and fifty cards off of my want lists. If you haven't subscribed to his blog, you should. He does quite well with TTM auto requests. I wish I had the time to do that, because it sounds like it's a lot of fun to get those back in the mail. I have a hard enough time posting more than twice a month lately.

So back to my want lists. Yes, the want lists that are badly in need of some updating. 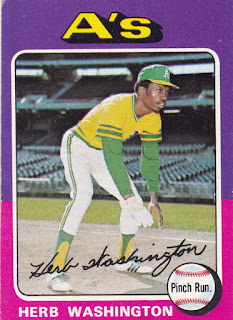 First I was gifted one hundred and ten cards from the 1975 Topps set, which included the infamous Herb Washington card. 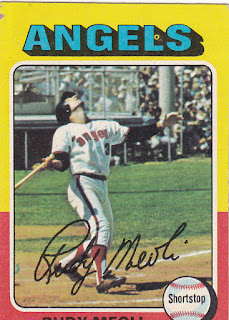 Also included was Rudy Meoli, which some have said should replace the current header of my blog. 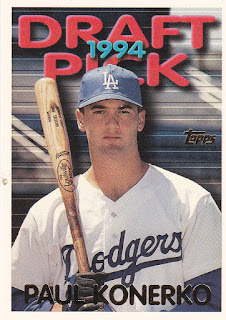 Next to that was one hundred and four from 1995 Topps. I started this set while I was in college (don't do the math...I didn't go straight after high school). 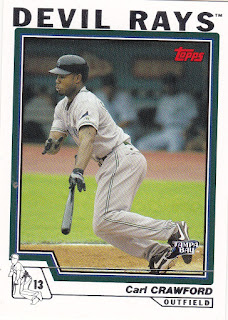 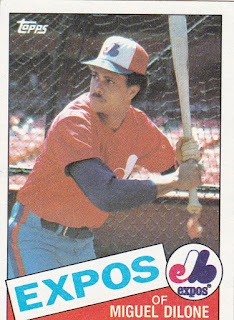 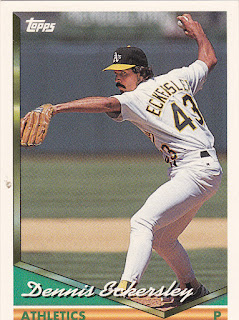 Another set I collected in college was 1994 Topps. William included twenty from that set. 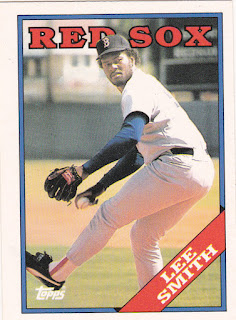 Lastly, there were six from 1988 Topps Update.

Thanks William for all the cards...and Merry Christmas in July!
Posted by Swing And A Pop-up at 2:54 PM