One of my "finds" at one of the recent card shows I attended was a dealer that had boxes of 3 card packs of the 1982 Brigham's/Coca-Cola Red Sox set. Even though the dealer wanted a buck a pack, I still bought several of them. 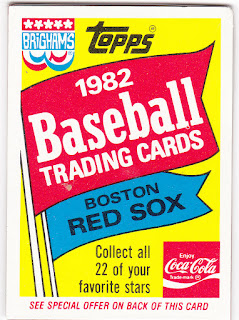 It was a twenty-two card set (not including the title card...which was in every pack). 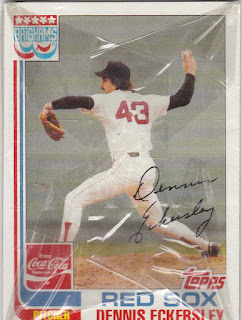 Included in this pack along with Dennis Eckersley was... 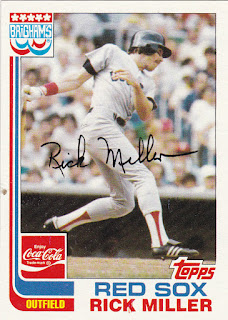 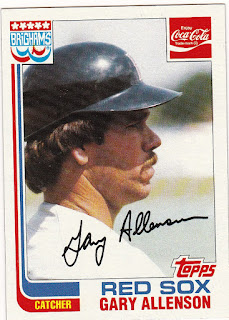 Sadly, with all the packs I bought, I wasn't able to get all the cards for the set.

So if anybody has any of those five cards, I'd be willing to make a trade for them. I also have some dupes as well.